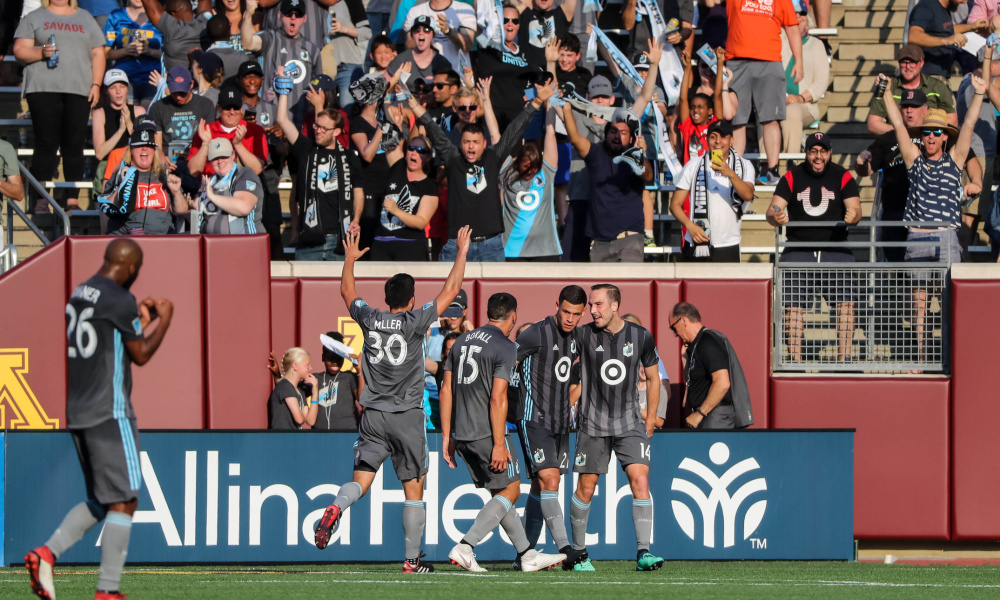 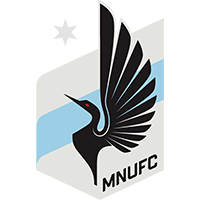 Minnesota United FC, also known as 'The Loons', was founded on March 25, 2015. Minnesota played in the North American Soccer League (NASL), before being granted a Major League Soccer (MLS) expansion franchise. Minnesota United became the league's 22nd club in 2017, keeping the same name from their NASL days. MLS Commissioner stated that the club would begin to play in either 2017 or 2018, if Los Angeles FC was not ready by then.

Based in Minneapolis-St. Paul, Minnesota, The Loons played their inaugural season at TCF Bank Stadium on the campus of the University of Minnesota for approximately two years in Minneapolis.

On March 3, 2017 Minnesota United FC played their inaugural MLS match away at Providence Park, home to the Portland Timbers. They lost 5-1. This loss marked the heaviest defeat by an expansion side making their debut. Previously, no MLS expansion team had lost by more than two goals in their very first game. But history was made, with Christian Ramirez scoring the clubs first ever goal. That following weekend Minnesota played their home opener against fellow MLS expansion team Atlanta United FC at TCF Bank Stadium in a snowstorm, which recorded the MLS lowest temperature at kickoff registering at 19 degrees farenheit. The Loons would lose 6-1, and the records would keep stocking up for the newly minted MLS club. Minnesota would also acquire Ethan Finlay from Columbus Crew SC to help bolster the midfield. They would finish ninth in the Western Conference.

2018 started off with a bang and not in a good way. Minnesota would lose Kevin Molino and Ethan Finlay to season ending knee injuries early in to the season. Just before losing Finlay, the club signed its first Designated Player in Darwin Quintero from Liga MX’s Club America. Quintero would eventually lead the team in goals (11) and assists (15). July 4, 2018 marked the clubs first ever hat-trick scored in franchise history when Quintero scored three in a home match against Toronto FC. The club would go on to sign Angelo Rodriguez as their second designated player in club history. During that season, Minnesota averaged nearly 24,000 spectators per match during its second year in the league at TCF Bank Stadium, including hosting over 52,000 fans in their last home match at their then temporary home.

2019 was a much better year for the Loons. They made additional roster improvisions including Jan Gregus who would be the clubs third designated player. In addition, they grabbed 2017 MLS Defender of the Year Ike Opara, longtime Seattle Sounder midfielder Osvaldo Alonso, Ligue 2 defender Romain Metanire and goalkeeper Vito Mannone on loan from Reading F.C. The Loons played their first five matches on the road, then opened up Allianz Field with a 3-3 draw against New York City FC. Minnesota went on to post a 10-6-2 record at home while going 5-2-0 on the road, defeating Los Angeles FC 2-0 to make a statement win. 2019 also saw Minnesota make a successful run in the Lamar Hunt U.S. Open Cup, reaching the final against Atlanta United FC where they would eventually lose 2-1 at Mercedes-Benz Stadium. They finished fourth in the Western Conference, thus granting them a spot in the Leagues Cup for 2020. Minnesota would lose to the LA Galaxy 2-1 in the 2019 MLS Cup Playoffs presented by Audi.

In 2012 the Minnesota Legislature passed a bill for a new stadium project slated to open in 2016, which gave the Vikings a provision for pursuing an MLS franchise and host MLS matches at the venue. Minneapolis Mayor Betsy Hodges backed the Wilf family. However, Minnesota senator Tom Bakk reached out to Don Garber and MLS to inform the league that the state legislature would not be helping financially to build a soccer-specific stadium. Garber stated that when possible, they preferred an outdoor venue that holds a minimum of 20,000 seats and played on grass and not turf, such as TCF Bank Stadium.

Minnesota has a unique culture. Their mascot, PK, is a loon. Loons are a group of aquatic birds commonly found in North America and Northern Eurasia. They are about the size of a large duck or a small goose. PK has been the face of MNUFC since the middle of 2014. The two main supporter groups for Minnesota United are the Dark Clouds and True North Elite with sub supporter groups such as the Red Loons and Dark Glitterati. These groups form the MNWonderwall. In 2019, they founded THUNDERWALL, a percussion bunch that helps provide rhythm and sound to the chants in the Wonderwall supporter section during home matches. At the end of every home victory, Minnesota United FC fans join in unison and sing the hit song Wonderwall by Oasis.

The badge features a styled loon, which is the state bird of Minnesota. The loon has eleven spreaded feathers representing the eleven players on the pitch. Minnesota’s team colors are sky blue, grey, and black with a red accent. The blue line across the teams crest represents the Mississippi River and on either side of the blue represent the cities of St. Paul and Minneapolis, also known as the Twin Cities. The grey color scheme represents the Iron Range of Minnesota while the upward pointing crest and North Star were inspired by L’Etoile du Nord which is the state motto.