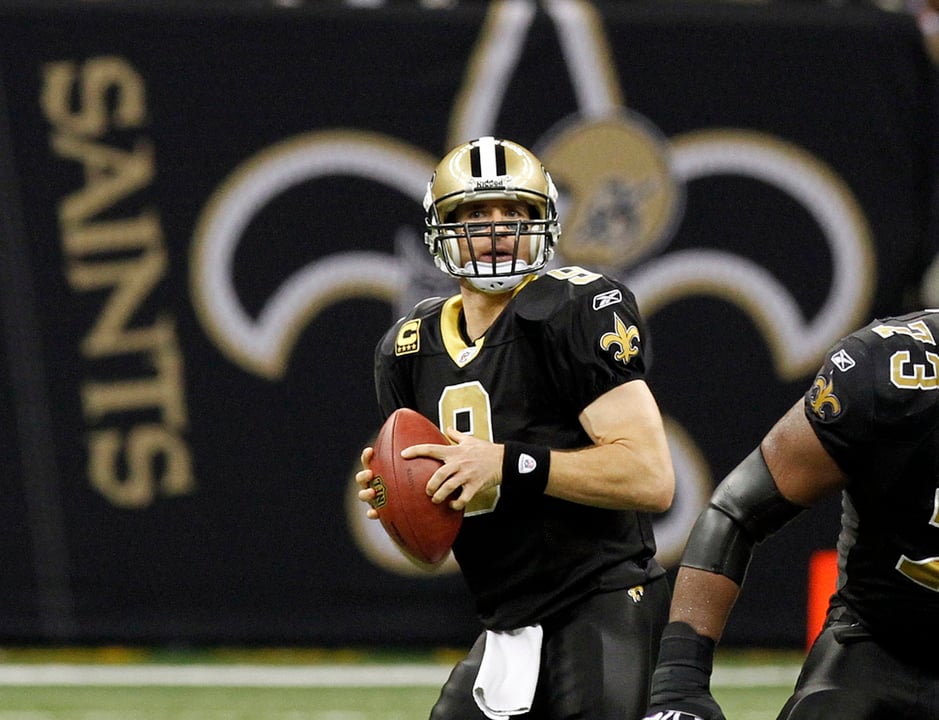 The New Orleans Saints are an NFL team playing in the National Football Conference in the NFC South division.

The Saints in their early days and up to the mid-2000s were not a team synonymous with success.

Tragedy struck the city of New Orleans when Hurricane Katrina devastated the city in 2005. Understandably with a city devastated and the Superdome needing repair, the Saints went through a losing season and home games played in several stadiums.

The 2006 season seen a change in fortunes as the Saints turned to first time Head Coach Sean Payton and also signed San Diego Chargers Quarterback Drew Brees in free agency. Their first season saw the Saints qualify for the playoffs and go all the way to the NFC Championship game loss to the Chicago Bears.

On February 7, 2010, they won their first and only Superbowl defeating the Indianapolis Colts 31-17. This game was remembered for one of the gutsiest play calls in Superbowl history. With the Saints 10-6 down, HC Sean Payton called for an onside kick to begin the second half which caught the Colts by surprise. That proved to be the catalyst for a historic win just five years after Hurricane Katrina.

Since then, although there have been no more Super Bowl’s the Saints have been considered perennial contenders qualifying for the playoffs most years since that win.