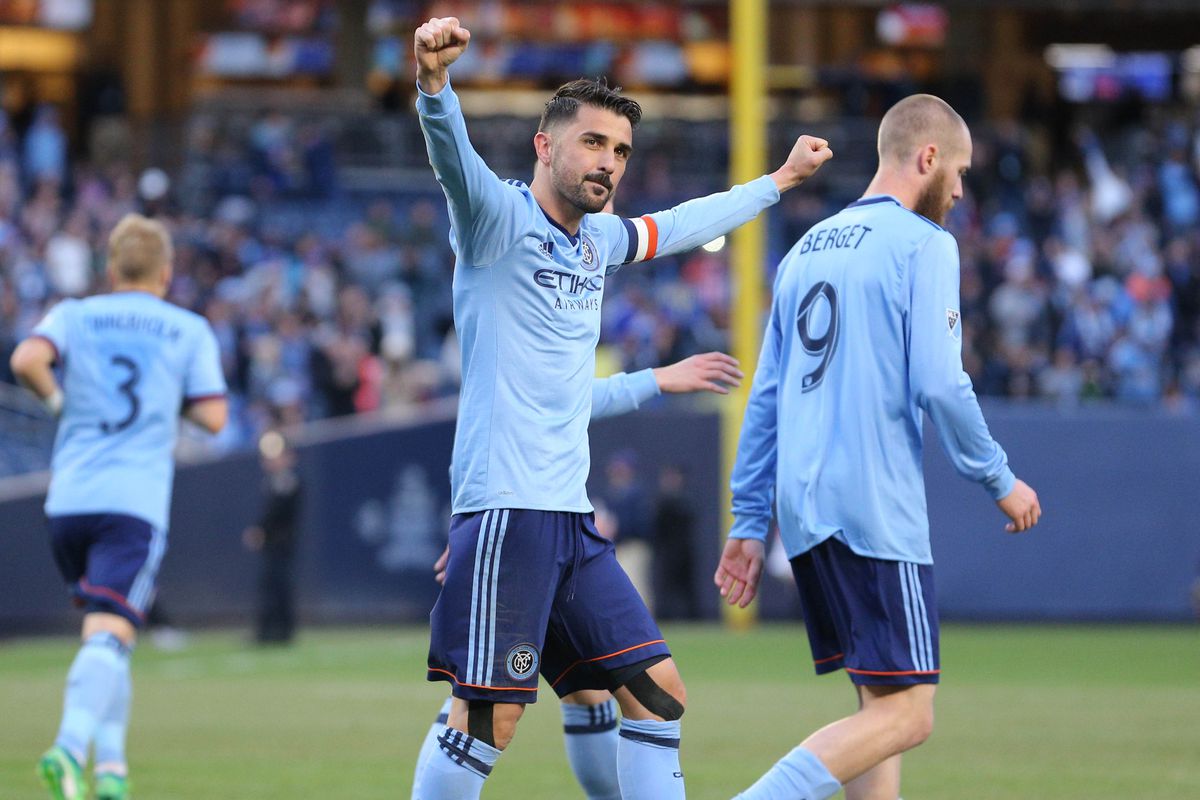 New York City Football Club (NYC FC) compete in the Major League Soccer (MLS) and play in the Eastern Conference. They were founded on May 21 2013 and were the twentieth overall MLS expansion team. They play their home games at the legendary Yankee Stadium. NYC FC are a member of the City Football Group which also owns teams such as Manchester City, Melbourne City, Japanese side Yokohama F. Marinos and Mumbai City FC.

They hired former Real Salt Lake manager Jason Kreis as their first head coach; however, after a poor first season he parted ways with NYC FC and hired former Arsenal Football Club player Patrick Vieira. NYC FC signed former Barcelona and Atletico Madrid sticker David Villa as their first ever player. Villa was captain during his three-year spell at the club, making 126 appearances and scoring 80 goals. NYC FC’s first super-draft pick was in 2015 and they selected Oregon State University player Khiry Shelton. He was selected second in the overall draft and went on to make 57 appearances for the side before transferring to Sporting Kansas City.

NYC FC’s first ever goal came against fellow expansion side Orlando City in their debut match and was scored by Mix Diskerud on March 8 2015, in a game they drew 1-1.

In their inaugural season, NYC FC finished eighth in the Eastern Conference and seventeenth overall. They finished the league campaign with ten wins, seven draws and seventeen losses. They drew their first match 1-1 against Orlando City and won their debut home game 2-0 against New England Revolution. However, after this victory they went eleven games without a win. New York City FC were knocked out of the fourth round of the U.S. Open Cup against third tier side New York Cosmos 4-3 on penalties, after the game finished 2-2 after extra time. David Villa finished the sides top goal scorer in the league with 18 goals. After a disappointing debut season, NYC FC parted ways with head coach Jason Kreis and hired

NYC FC hired former Arsenal player Patrick Vieira as their new head coach coming into their second season as a club. They also signed former Chelsea legend Frank Lampard and Italian legend Andrea Pirlo. They performed much better this season, finishing second in the Eastern Conference (3 points behind first place and rivals New York Red Bulls) and fourth overall. They qualified for the MLS Playoffs for the first time in their history but were defeated in the conference semi-finals 7-0 (2-0 & 5-0) on aggregated to eventual runners-up Toronto FC. NYC FC were once against knocked-out of the U.S. Open Cup by New York Cosmos in the fourth round after a 1-0 loss. Captain David Villa was once against the top goalscorer for the season, finishing with 23 goals.

NYC FC once again improved in the league, finishing second in both the Eastern Conference and overall in 2017. However, they were knocked-out of the playoffs in the conference semi-finals once again after losing 4-3 to Columbus Crew. Similarly, they were once again knocked-out of the U.S. Open Cup in the fourth round, this time to New York Red Bulls. Mid-way through the 2018 season, they parted ways head coach Patrick Vieira and announced Doménec Torrent as their new coach. He guided them to a third-place finish in the Eastern Conference and seventh overall finish. Once again, they were knocked-out of the playoffs in the semi-finals after losing 4-1 to eventual winners Atalanta and fourth round of the U.S. Open Cup when they beaten 4-0 by New York Red Bulls.

NYC FC’s 2019 campaign is their best season to date. They finished first in the Eastern Conference and second overall. This finished meant they qualified for the 2020 CONCACAF Champions League for the first time. Without breaking pattern, they lost in the conference semi-finals for the fourth year running after losing 1-0 to Toronto FC. However, they did manage to break their bad luck in the U.S. Open Cup after they reached the quarter-finals but were defeated 5-4 on penalties to Orlando FC.

The 2020 campaign has been suspended due to the Coronavirus pandemic; however, before the postponement they won their first two games in the CONCACAF Champions League after they beat Costa Rican side A.D. San Carlos 6-3 on aggregate in the last-16. They lost their first-leg match 1-0 to Mexican side Tigres UANL but never played the second-leg. NYC FC had lost their initial two games in the MLS both 1-0.

The Hudson River Derby is contested between New York City Football Club and New York Red Bulls. The first contest was played on May 10 2015 and ended 2-1 to New York Red Bulls. The Red Bulls won the first four derbies, including a 7-0 thrashing. NYC FC’s first victory in the derby came in their fifth meeting on July 3 2016 in which they won 2-0. Overall there has been 16 meetings between the sides, 14 in the MLS and 2 in the U.S. Open Cup. NYC FC have won 5 meetings with Red Bulls winning 9 and there have been 2 draws.