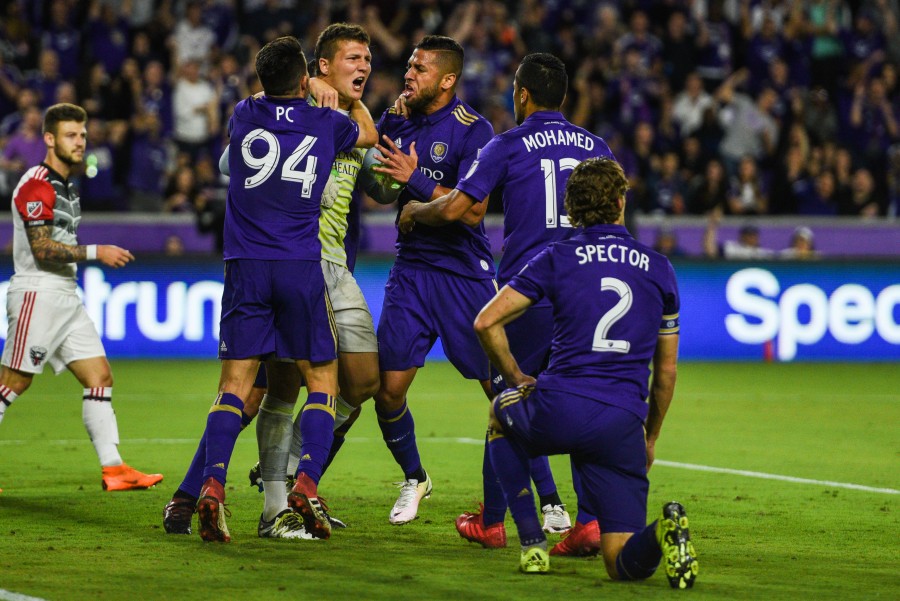 Orlando City Soccer Club began on October 25th, 2010 when the Austin Aztex were sold to a new British investor group known as Orlando Sports Holdings. The Aztex owner at the time, Phil Rawlins, would become the majority owner of Orlando Sports Holdings and would be joined by other British owners such as himself (he owned the English Premier League club Stoke City at the time). The reason for the sale was immediately made apparent. Orlando Sports Holdings wanted an MLS franchise. Phil Rawlins said on the official Aztex website “Their goal is to build up the soccer operations so that we can pursue an MLS franchise in the next few years.” Other reasons for the sale were cited as a lack of local investors and revenue-generating opportunities at the Austin facilities.

Shortly after the move, MLS Commissioner Don Garber and Orlando City Soccer Club officials met twice to discuss all the things that go into owning an MLS franchise. In early March of 2012, Don Garber was again in Orlando (this time publicly) to discuss the possibility of a new MLS franchise in Orlando with city and county officials. During this first public visit in 2012, Garber made the statement “Orlando had never been on our [expansion team] list in the past. It’s on our list now." On November 19th, 2013, just a year and a half later, it was announced that Orlando City SC would be the 21st MLS franchise. It was also announced that the club had been sold to Brazilian businessman Flavio Augusto da Silva. He remains the owner of the club to this day.

While all of these talks were ongoing, Orlando City Soccer Club was spending its years in the USL Pro, the third tier in the American soccer pyramid. The club enjoyed a very successful 4 years in the USL Pro. In the club’s inaugural season (2011), Orlando City Soccer Club finished top of the table and won the USL Pro Championship. In 2012, the club finished as the USL Pro Regular Season champions again but lost in the semifinals of the playoffs. The following year, the club finished 2nd in the league but won it’s second USL Pro Championship title in 3 years. Finally, in 2014, the club won it’s 3rd USL Pro Regular Season title.

After a very successful USL Pro stint, the club entered the MLS with high expectations. It would be an understatement to say that Orlando City hasn’t lived up to those expectations. Here is a list of the club’s points and placement in the MLS so far:

Orlando City’s best season was its first in the league. Ever since then, it has been a rapid decline to the bottom of the table. That decline reached its peak in 2018 when Orlando City finished the season with the most goals ever conceded by a team. The team conceded 74 goals that year. However, Orlando City poetically lost that title when the club’s homegrown striker Benji Michel scored against FC Cincinnati in 2019 to bring their goals conceded tally to 75.

Throughout the club’s tenure in MLS, they have had 4 managers:

Adrian Heath had been with the club since they were in Austin but was fired only a year and a half into his MLS tenure. He now coaches for Minnesota United and has enjoyed a relatively successful spell with the Loons. Heath’s replacement Jason Kreis was an MLS veteran, both as a player and as a coach. There was every reason to believe that he’d be a success in Orlando, but a series of failures ultimately led to him getting fired. Orlando City then turned to a former player in James O’Connor, who had won the USL Championship with Louisville City the year before. He too was deemed not good enough and was fired at the end of the 2019 season. The fans are hoping that current manager Oscar Pareja can lead them to success as he has done in the past with FC Dallas.

Part of the reason as to why Orlando City has gone through so many head coaches in such a short period of time is because of the change in front office personnel. Club President Phil Rawlins stepped down in 2016 and handed over day-to-day activities to CEO Alex Leitao. He hired Niki Budalic soon thereafter as General Manager, but he wasn’t a good fit and he was fired near the end of 2018. Leitao then brought in the current VP of Soccer Operations Luiz Muzzi, who held that role with FC Dallas in their most successful years to date. All this front office change has removed any sort of stability, something very important when it comes to success.

A big part of any club is the fanbase and Orlando City is no different. The club has made it obvious just how much they appreciate their fans. It seems that every interview with players or coaches includes some sort of answer that shows appreciation towards the fanbase and a sense of community is building within the club. This was shown in 2017 when Orlando City finished building Exploria Stadium (formerly known as Orlando City Stadium) and included the first-ever safe standing section in an MLS stadium. This section is known as The Wall. In The Wall, the two supporter groups, The Ruckus and Iron Lion Firm chant nonstop throughout the duration of every Orlando City match. It was a great gift to the fans from the club and the fans have delivered each and every game.