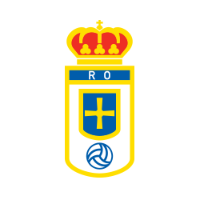 Real Oviedo Club de Futbol was founded on March 26, 1926, as a result of the fusion between Real Stadium Club Ovetense and Real Club Deportivo Oviedo.

It is currently playing in the second tier of LaLiga, better known as LaLiga 1|2|3, a league in which Real Oviedo is among the most successful in the history of the competition, as they became champions in five different times. It is also one of the most representative clubs of the first tier, LaLiga Santander, having played it for 38 seasons, which makes Real Oviedo the 17th best team in the history of the tournament. Its best result was a third place in three different seasons, and a single participation in the UEFA Cup, current Europa League, playing one round only against the Italian team Genoa.

Its game kit consists in a blue jersey and blue socks, whilst the shorts are white. The color blue is because it is the representative color of the town, and that is why the kit and stadium is based in the blue color. The stadium is called the Carlos Tartiere, built in 2000, and with 30,500 seats. It takes the name for the late first president of the club, but is currently referred to as New Carlos Tartiere, because it is a substitution of the old stadium, which used to be located close to the current one.

Creation and debut of Real Oviedo

As stated in its founding charter, written on April 26, 1926, the fusion between Real Stadium Club Ovetense and Real Club Deportivo Oviedo happened on March 26, 1926, and there it was established the kit design, as well as the logo, in which the angels cross had to appear, and that it adopted the royal crown that its predecessors had. Moreover, the charter also established that the first president would be Carlos Tartiere, who belonged to an aristocratic elite of the town.

The first game Real Oviedo Foot-ball Club ever played was against the Arenas de Guecho in Vetusta Stadium, situated in Fozaneldi neighborhood, and it finished with a victory from the Basque team, one of the strongest formation of the time, by 6-4. The very next day, both clubs faced each other again, but the score was 2-1 for the ovetenses, which became the first victory in the history of the entity.

In year 1929, the Real Federation of Spanish Soccer founded the League Championship, in which the winners and finalists of the Copa del Rey would play, whilst the last spot was contested between the regional champions, a round that Real Oviedo lost, and so they started their career in professional soccer in the second tier.