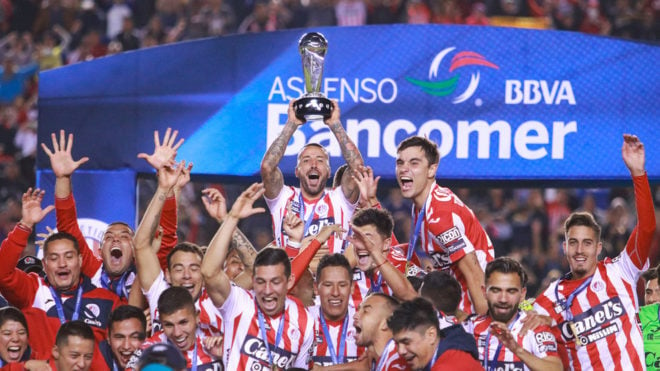 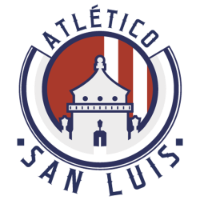 The beginnings of Atletico de San Luis date back to the late fifties, originally called San Luis FC, the club was born in 1957 to enter the Mexican Second Division. Although it is one of the teams with the longest history in Mexican football, its appearances in the maximum circuit have been affected by economic issues, which has forced the team to change its headquarters on several occasions, and nowadays it has become what Atletico de San Luis is today.
After its foundation in 1957, one season later the team was sold and had to move to Tamaulipas. It took ten years for San Luis to return to their homeland to play in the Third Division.It was in that comeback that the club achieved a great run. They were promoted to the third and second divisions, which later became their debut in the maximum circuit of Mexican soccer in 1971, under the guidance of coach Salvador Reyes.Once in the First Division, once again the economic controversies were not long in coming and began to be reflected in the performance on the field. After two years, San Luis did not achieve the results that would keep them in the First Division and in 1974 they were relegated again, two years later, in 1976, they were bought again by Tamaulipas.
Almost a decade had to pass for the reappearance of San Luis in Mexican soccer, in a new project led by businessman Jacobo Payán. In 1994, with the creation of the First Division A, San Luis was one of the first teams to participate, but its performance in this new competition was not outstanding. Due to the fact that the team did not end up consolidating itself, both financially and soccer-wise, at the beginning of 2000 Grupo Televisa acquired the franchise to convert it into an affiliate of Club América in Primera A.  Just two years later, the club returned to the first division of Mexican soccer, achieving a record relegation and promotion in 2004 and 2005, respectively. A year later, in 2006, the club managed to finish runner-up in the league.

Bye, Bye San Luis
Club San Luis officially disappeared in 2013, once its tenders were sold, turning them into Jaguares de Chiapas. When this happened, in order for the city not to be left without a soccer team, Veracruz, which participated in the promotion division, was transferred to the capital of Potosí under the name of Atlético San Luis.
The renewed San Luis
With Payán again at the helm of a new project, the club began to obtain better results in the Liga de Ascenso and achieved the leadership in 2015.
This was of little use to them, because in 2016, after trying to climb to the first division through the Jaguares franchise, the board of Atlético San Luis did not reach a good agreement and did not register to continue in the Liga de Ascenso.

Fortunately for fans, in 2017 it was announced that Atletico San Luis had finalized an alliance with the board of Atletico Madrid so that the colchoneros would have a presence in Mexican soccer. Which translates into financial stability and continuity in a solid project. ,
Atletico de San Luis
In the same year in which they were left without a subsidiary, several businessmen, headed by Payán, began talks with Atlético de Madrid to place a subsidiary of the Colchoneros in San Luis.  Once the agreement was reached and the application approved, the San Luis franchise was as follows: 51% for the Iberian team, 30% for the Payán family and the rest for a group of investors. Luis Torres Septién and Alberto Muñoz were announced as CEO and president of the team, respectively.
In 2017, the Atlético de San Luis franchise was announced in the Liga de Ascenso MX and once installed in this competition, it was proclaimed champion of the Apertura 2018 by defeating Dorados de Sinaloa in the grand final by a 3-2 aggregate score, with this result it won its first title in Ascenso MX and half a ticket for promotion. In the Clausura 2019, they renewed the title, again against Dorados de Sinaloa, the Potosinos won the title by beating Dorados 2-1 in overtime with a goal by Unai Bilbao, securing their place in the maximum circuit. 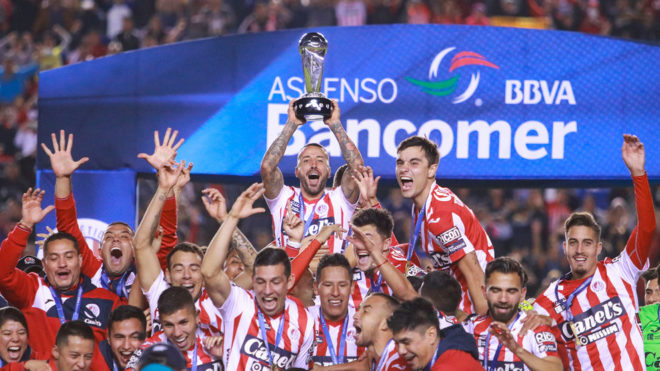 The home of Atlético de San Luis
The Alfonso Lastras Stadium is home to Atlético de San Luis, the stadium was inaugurated on May 25, 1999 and has a capacity of 25,000 spectators. It was named after the rector of the Universidad Autónoma de San Luis Potosí, Alfonso Lastras (1986-1995), who was constantly involved in promoting and promoting sports in the state and who was also co-founder of the 'Cachorros' of Atlético Potosino. The stadium also belongs to Jacobo Payán Latuff and besides being the home of the now Atletico de San Luis, it has also hosted a couple of important events, among them a First Division final.

Historical Players
Alfredo 'El Chango' Moreno is one of the best goal scorers to have played for the Potosí club. In the 2007 Apertura, he scored 18 goals, making him the top scorer of the tournament with the Gladiadores. In total, he scored 54 times in his three stints with San Luis. From 2007 to 2012. 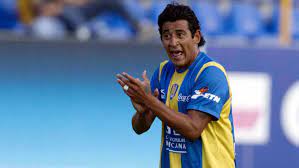 In second place is Ariel González, who arrived in 2000 to score 51 goals and win the Primera División A scoring championship in 2004 with 16 goals.
In third and fourth place are Israel "Pato" Ayala and Nicolás Ibáñez, with 43 and 41 goals respectively. The latter is the most recent on the list to have worn these colors. He wore the Potosí jersey from 2018 to the Clausura 2021.
Important personalities have also played for the club in the defense, among them Gustavo Matosas, who arrived in 1972 and also played as a midfielder.
Heriberto Lizaola was a fundamental part of San Luis' promotion from the third division to the second division and later to the first division.  He also lifted a cup with the team in 1970.
Finally, there is the one who for many is the fan favorite in the team's history, Marco Martínez, a player with great technique and individual talent, in addition to his great vision and decision making on the field, making him a complete player. He played for almost 14 years in San Luis, undisputed captain and fundamental piece in the backline.