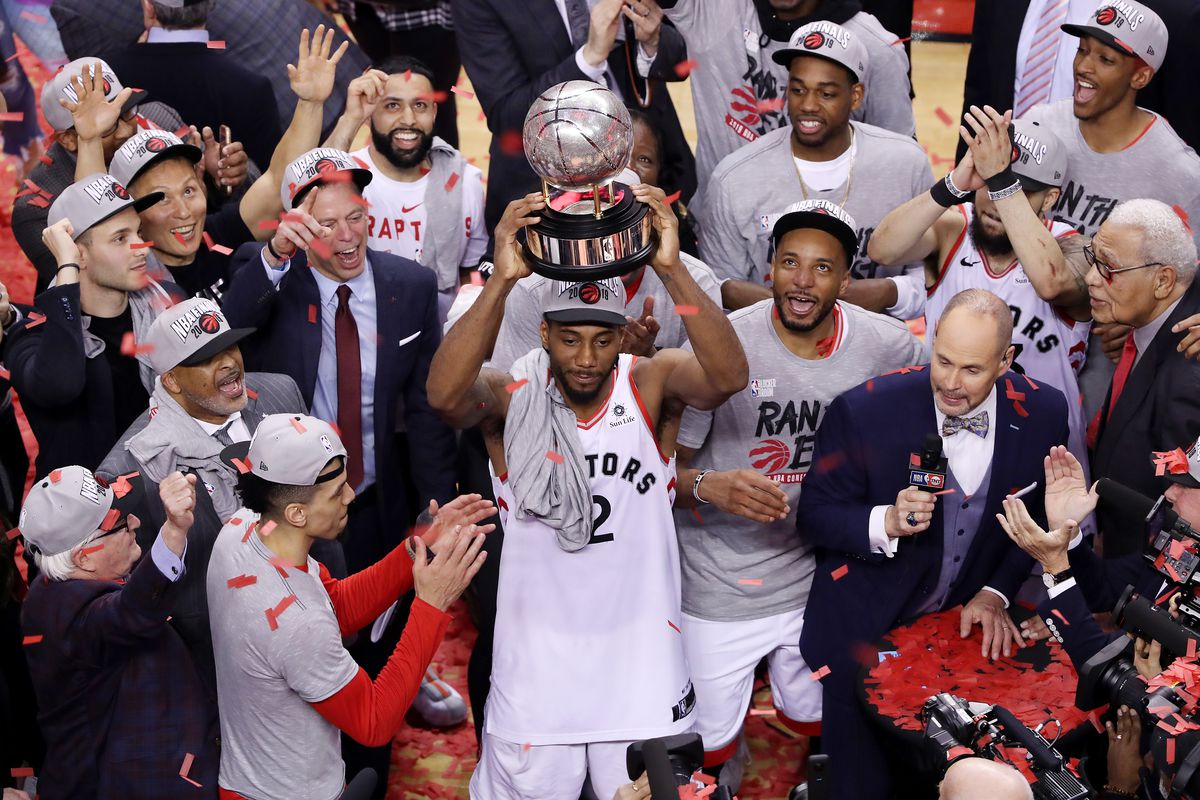 The Toronto Raptors are a men's basketball organization that is part of the National Basketball Association (NBA). They are the only Canadian team in the league, and belong to the Eastern Conference Atlantic Division, sharing the zone with the Brooklyn Nets, Philadelphia 76ers, New York Knicks and Boston Celtics.

The Raptors home court is at the Scotiabank Arena (Formerly called AirCanada Centre), which they share with the Toronto Maple Leafs from the National Hockey League.

The team was founded in 1995 and are the youngest organization in the NBA with the Memphis Grizzlies.

Raptors have won only one championship in their history under the coaching from Nick Nurse. Toronto defeated the Golden State Warriors in the NBA Finals of the 2018/2019 season led by Kawhi Leonard, who was traded from the Spurs in exchange of DeMar DeRozan the summer before the season started.