We hope you enjoyed the live broadcast on VAVEL.
Stay tuned for more information and sports scores of your favorite teams.
See you next time!
12:00 AMa month ago

After two defeats, San Luis achieved the feat of defeating Guadalajara convincingly to earn its first three points of the Guad1naes 2021.
11:57 PMa month ago

Galván blew his whistle and the match ended in victory for Atlético de San Luis.
11:54 PMa month ago

Saldivar's shot, which took a half turn and went up of the goal.
11:49 PMa month ago

This was Macías' goal

This is how the Guadalajara striker scored the goal, before the misfortune of the San Luis defender.

Macías received the ball with back to goal and turned to kick, but the defense made a good save.
11:41 PMa month ago

Mayorga's cross goes over the back line.
11:38 PMa month ago

Yellow card for Batallini for complaining loudly to the referee.
11:37 PMa month ago

He scored the third for San Luis from the penalty spot, despite Gudiño's good diving, but the ball had a lot of power on it.

González slipped in the area and the ball was left for Macías to score the visitors' goal.
11:29 PMa month ago

Yellow card for Hiram Mier and Ibañez for a play in which the two players hit each other.
11:24 PMa month ago

Ibañez scored his second personal goal and the third of the match from the penalty kick.
11:23 PMa month ago

The referee awarded San Luis a penalty kick for a foul by Gudiño in the area on Batallini.
11:20 PMa month ago

A very good play by Antuna on the right flank, who left two players in his path and laid the ball off for Brizuela, who missed the shot.
This was the end of the first half.
10:47 PMa month ago

Yellow card for Castro of San Luis.
10:46 PMa month ago

Barrera's shot came in from the right but Gudiño reacted excellently to save the ball.
10:41 PMa month ago

The celebrity has already scored

The San Luis striker is celebrating his 100th game with a great goal.

Yellow card for Piñuelas for hindering the Guadalajara goalkeeper on his way out.
10:34 PMa month ago

Minutes before the goal, Briseño came on for Sánchez for Chivas.
10:31 PMa month ago

Nico Ibañez beat Hiram Mier to the ball and scored the second goal of the match with a powerful header.
10:22 PMa month ago

Ibañez's free kick was cut out by Ponce in the danger zone.
10:19 PMa month ago

The match started at a good pace

San Luis is already ahead thanks to this goal generated by Barrera and scored by González.

Werner's great start against the arrival of Isaac Brizuela on the right flank.
10:11 PMa month ago

After reviewing the play in the VAR, the referee awards the first GOAL for the local team.
10:09 PMa month ago

Ramiro González pushed the ball with his knee after a good free kick by Pablo Barrera.
10:05 PMa month ago

The match begins at the Alfonso Lastras stadium.
9:45 PMa month ago

The home team will take the field wearing this elegant black jersey with white details to contrast with the visitors' uniform. 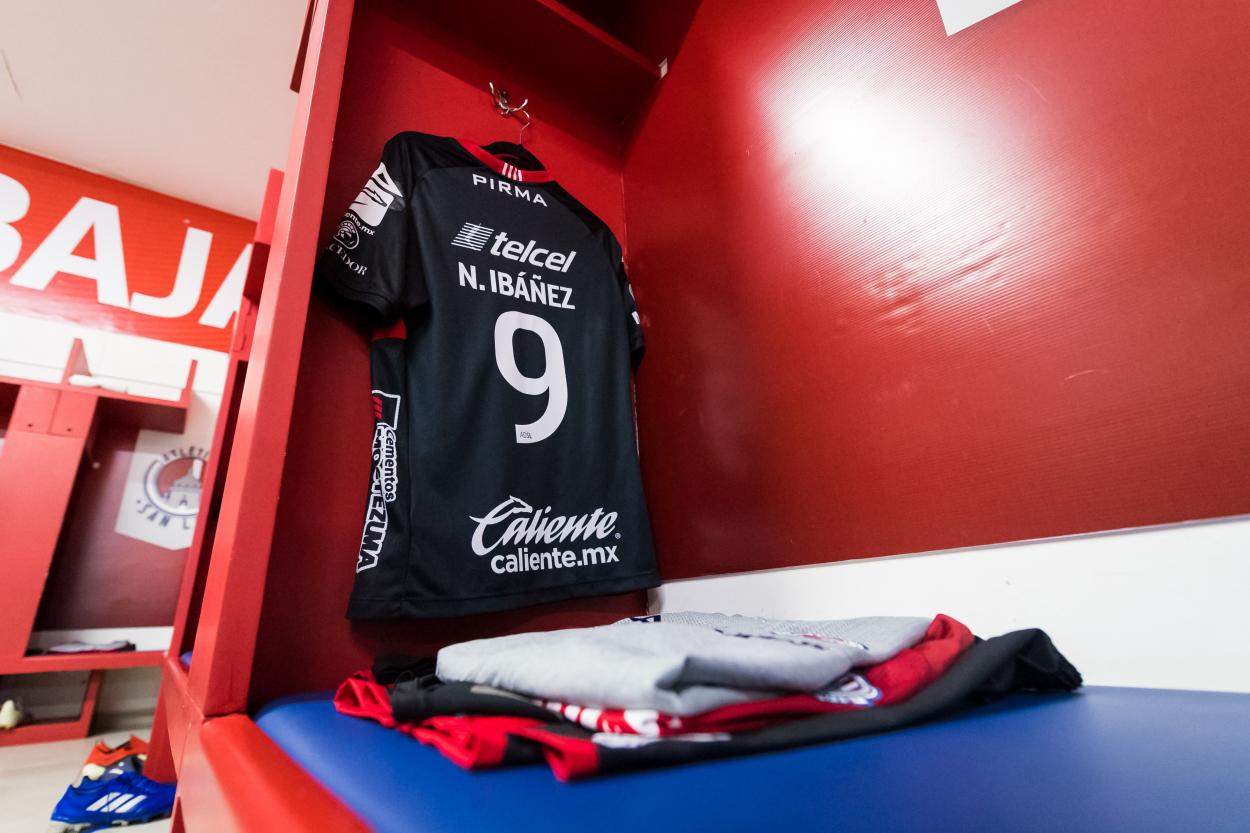 Guadalajara has two wins and a draw against the Potosí team, after San Luis was promoted to the first division.

Today, the Argentine striker will play his 100th game in mexican soccer, facing none other than Chivas.
Will he score a goal? 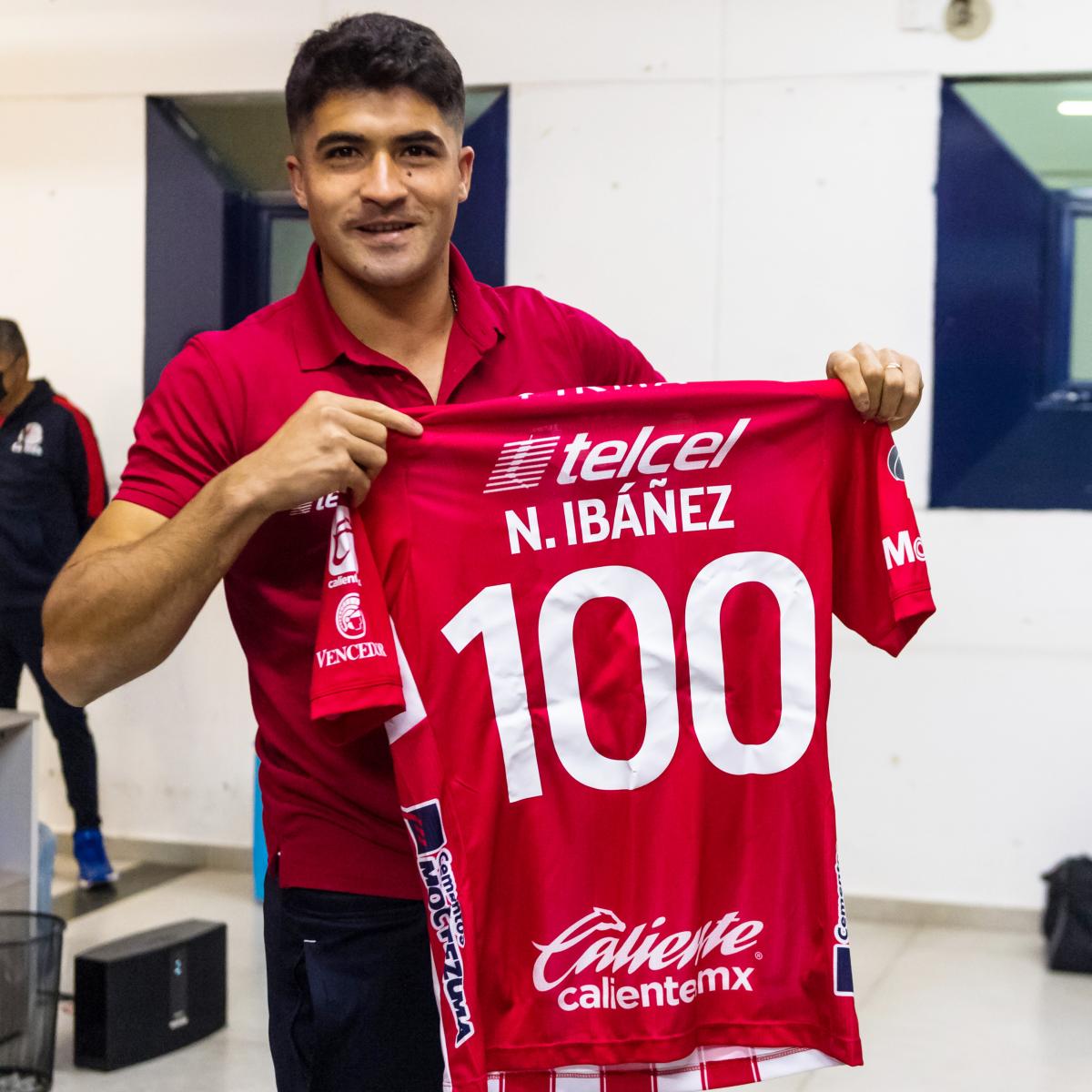 In a few moments we will present you all the details of the match San Luis vs Chivas LIVE, the lineups for the match are coming!
9:11 PMa month ago

In a moment we will bring you the line-ups of Atlético de San Luis vs Chivas; in addition to all the details and news of the match of the 3rd round.
9:06 PMa month ago

The last time these teams played was on Matchday 5 of the last tournament; when the Chivas won by a score of 2-1.

The goals were scored by Brizuela and Calderon, while the discount was by Mauro Quiroga.

How and where to see the San Luis vs Chivas

If you want to see the broadcast, it will be exclusive for TUDN USA.
If you prefer to follow the game LIVE on the Internet, VAVEL USA is your best option.
8:56 PMa month ago

Without a doubt, to speak of Atlético de San Luis today is to mention Pablo Barrera, a footballer of yesteryear but who is still in charge of leading his team's offensives.

He runs, has explosiveness and shows a lot of desire with or without the ball at his feet, he could be considered an example to follow for the new generations.

The veteran Chivas midfielder is one of its main references, besides being the person who wears the captain's badge.

He is responsible for ordering the defense, but also for going forward and has such quality that he already has a goal in Guard1nes 2021.

Not only have the Potosians not been able to win, they have also lost their first two matches in the competition.
The first one they lost against America at the Azteca stadium, and last week against Necaxa also as a visitor by a score of 1-0.
8:41 PMa month ago

Guadalajara has not been able to add; tie in its debut against Puebla and also in the Akron stadium when they received Toluca in the second day.
Both games ended 1-1; and that is why those directed by Victor Manuel Vucetich will look to score more goals against San Luis.
8:36 PMa month ago

No one knows victory

Both San Luis as well as Guadalajara will be looking for their first victory of the tournament in this Matchday 3.
The "tapatíos" are dragging two draws, while the "potosinos" are losing two, this is why both teams will look for goals and win at any cost. 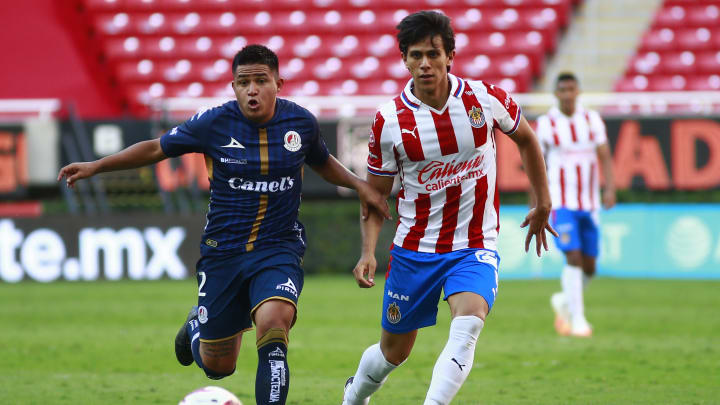 The San Luis vs Chivas match will be played at the Alfonso Lastras stadium, in San Luis Potosi, Mexico.
The kick-off is scheduled at 10:00pm ET.
8:26 PMa month ago

Welcome to VAVEL.com’s LIVE coverage of the Guard1anes 2021 match: San Luis vs Guadalajara!