Toluca beats Necaxa and remains undefeated at the start of Guard1anes 2021.
2:55 PMa month ago

Goal, Toluca goal! Joao Plata shoots from outside the box and sends the ball into the back of the net.
2:54 PMa month ago

Triverio's shot inside the area, alone, was sent into the hands of Malagón, who easily controlled the ball.
2:51 PMa month ago

No way! Luis García's shot is off target and Julio González's counter-attack sends it wide.
2:48 PMa month ago

Close to a draw! Barbieri deflects a free kick to prevent the equalizer.
2:47 PMa month ago

Good save by Torres Nilo with his head to prevent a dangerous play in Toluca's area.
2:44 PMa month ago

Rigonato's shot from the edge of the area saved by Malagón.
2:39 PMa month ago

He's leaving! The referee decides to send off Ian Gonzalez for talking too much.
2:34 PMa month ago

Estrada took a good shot, but it went slightly over Malagón's goal.
2:29 PMa month ago

What a save! Canelo's flick from outside the box, but again the visiting keeper keeps out the goal.
2:27 PMa month ago

Excellent save by Mario de Luna after Sambueza's cross to prevent further danger.
2:21 PMa month ago

A good defensive rebound prevents the Toluca striker from shooting on goal.
2:20 PMa month ago

Toluca tries to build, but is unable to break through the visitors' defense and reach their opponents' goal.
2:16 PMa month ago

The ball was quite disputed by both teams, but there was still no danger.
2:05 PMa month ago

The ball rolls at the Nemesio Diez for the second half of the match.
1:51 PMa month ago

At the end of the first half, Toluca wins by the minimum in a great duel for the goalkeepers. 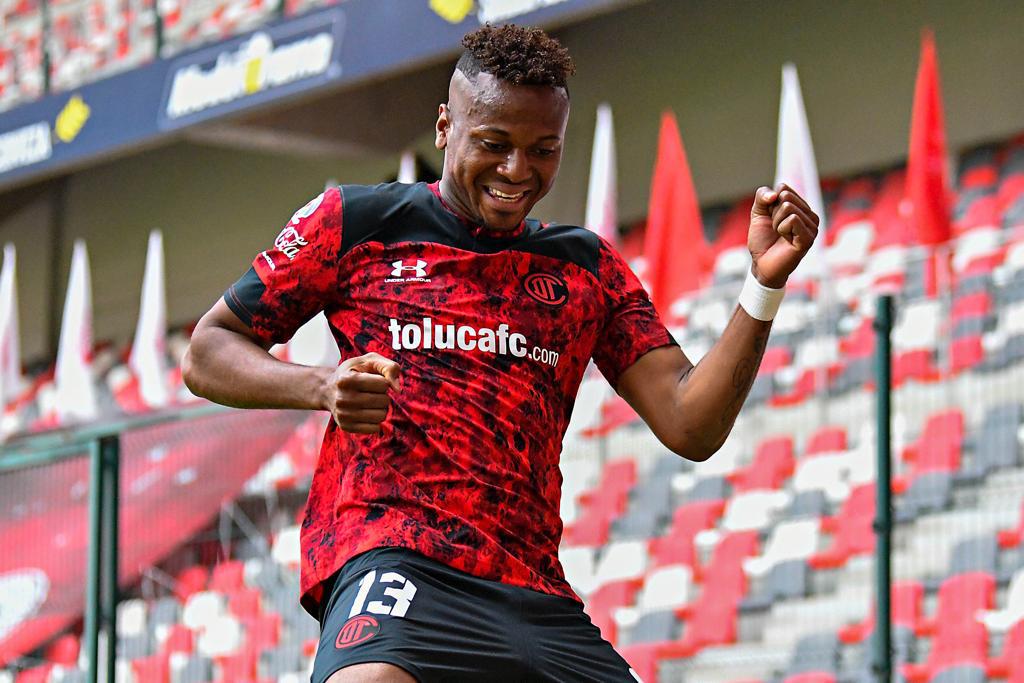 Good intervention! Unai Bilbao got in the way of Rigonato's cross to keep the ball out of danger.
1:45 PMa month ago

Goalkeeper! A shot that García saves, the ball is left in the area, Ian González fails to hit the ball well and misses the equalizer.
1:40 PMa month ago

Barragán's shot was well saved by García to prevent the equalizer.
1:29 PMa month ago

Goal by Toluca! Michael Estrada scores the first from the penalty spot to put the home team ahead on the scoreboard.
1:28 PMa month ago

Penalty! The referee signals Idekel's foul on Alexis Canelo, the visitor is cautioned.
1:26 PMa month ago

Uff! Alexis Canelo goes down inside the box and the action is stopped, the play is reviewed by VAR.
1:25 PMa month ago

Malagon again! The goalkeeper dives and prevents Sambueza's shot from penetrating his goal.
1:19 PMa month ago

Necaxa showed up! Zendejas arrived with speed, but when it was time to score, he ended up sending the ball into the stands.
1:15 PMa month ago

Goalkeeper! A great cross from Sambueza that Alexis Canelo finishes well, but Malagón appears and makes a diving save for Toluca's first goal.
1:11 PMa month ago

Good one! A ball into Toluca's box, but the Scarlets' defense is alert to prevent the play from growing, and clears the ball with a header.
1:07 PMa month ago

The match kicks off in Toluca.
1:02 PMa month ago

Toluca takes to the field to warm up before kickoff.

Despite not winning since 2018, Toluca has won all-time meetings with Necaxa.

The home team's dressing room already has the jersey that the players will wear today to face Necaxa.

The last time Toluca beat Necaxa was in the Apertura 2018. Cristante was in charge of the Diablos Rojos. 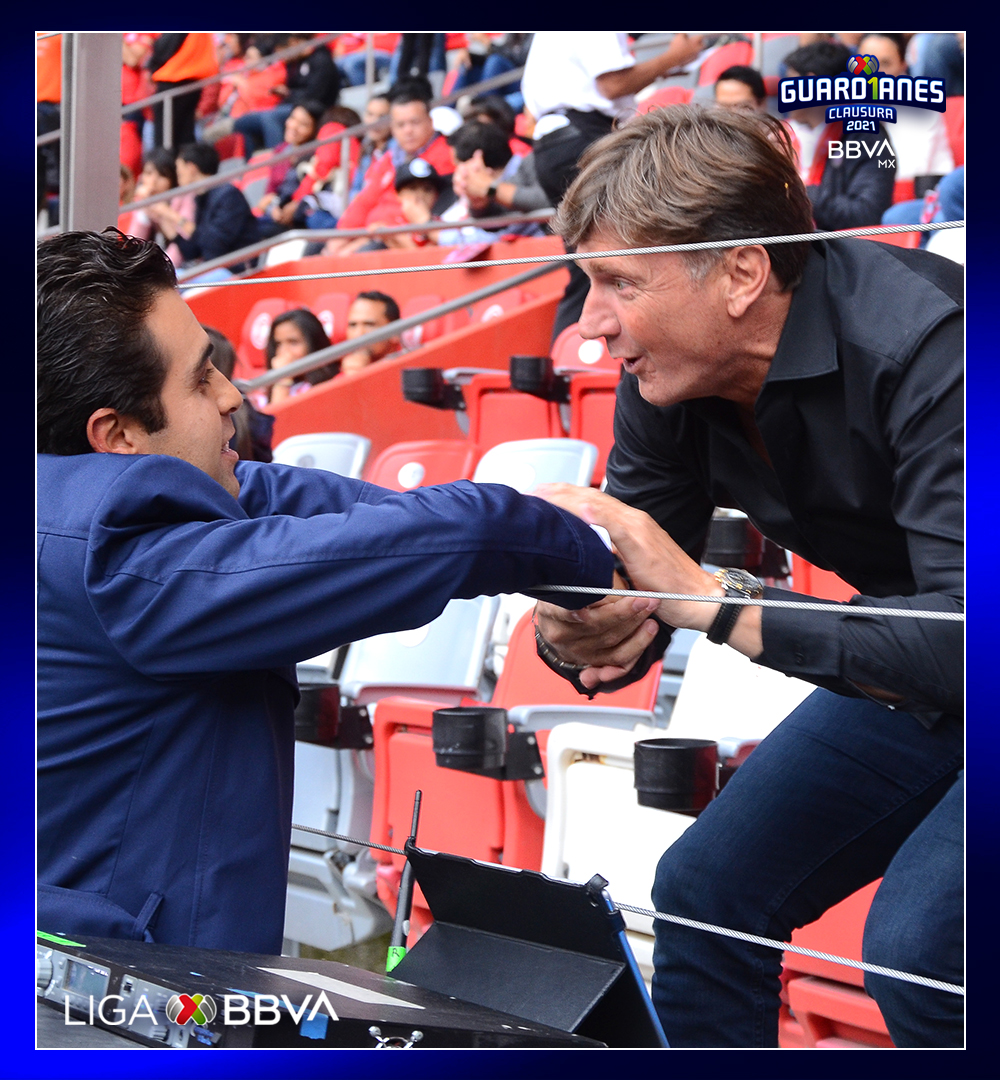 The team coached by Cristante is already at the Nemesio Diez, where they will play their third match of the tournament.

Do not miss a detail of the match with the live updates and commentaries of VAVEL. Follow along with us all the details, commentaries, analysis and lineups for this Toluca vs Necaxa match.
12:22 PMa month ago

How to watch Toluca vs Necaxa Live TV and Stream

The Rayos had a difficult start when they lost to Mazatlán on the road; however, they made up for it at home, where they defeated San Luis by the minimum score. In this match, the team coached by 'Profe' Cruz will be looking for their second victory at the home of the Scarlets.
12:02 PMa month ago

Toluca goes into this third matchday undefeated, the result of a draw and a win. This afternoon, the team coached by Hernán Cristante will be looking to continue their undefeated streak against Necaxa. In their last match, the Diablos tied against Chivas. 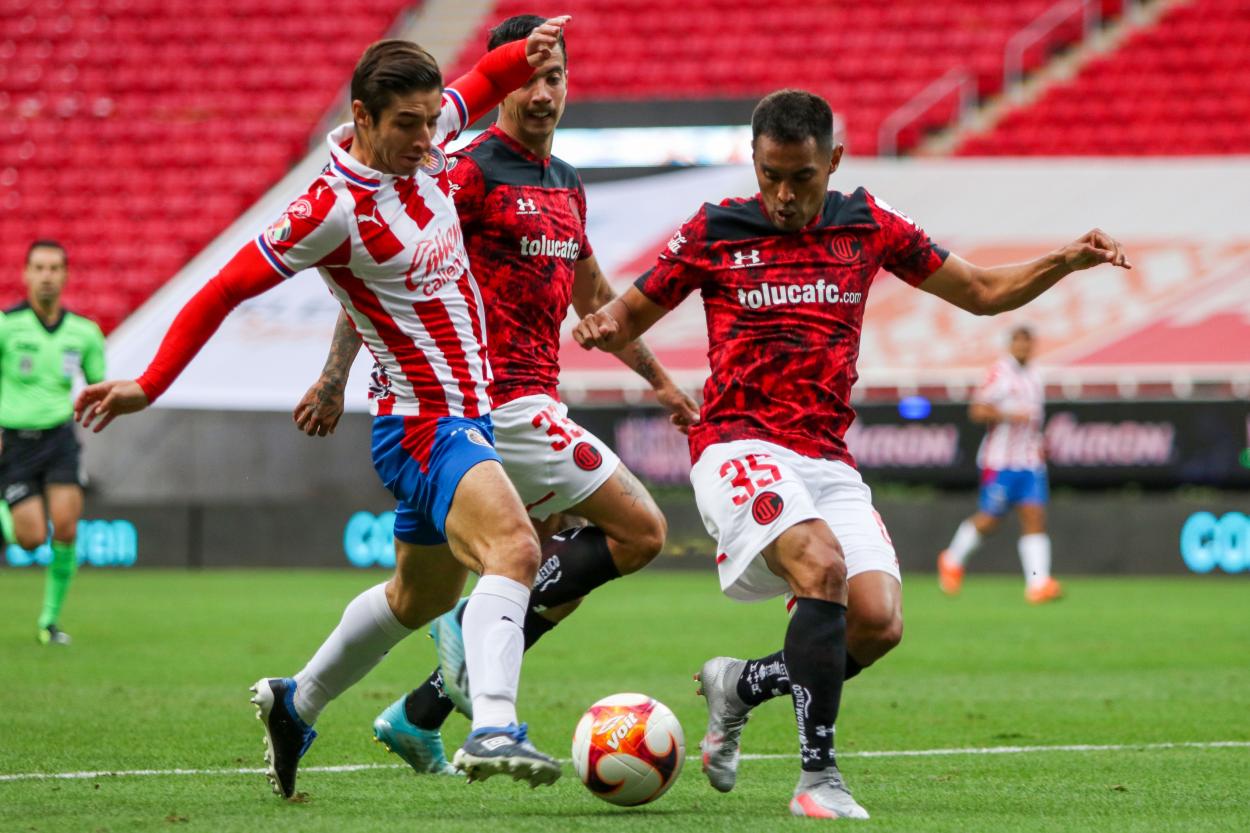 The Toluca vs Necaxa match will be played at the stadium name, in Toluca, Edo. Mexico. The kick-off is scheduled at 11:00am ET.
11:52 AMa month ago

Welcome to VAVEL.com’s LIVE coverage of the 2021 Liga MX match: Toluca vs Necaxa!