Thank you for following our transmission !

Here are the most relevant moments of the confrontation.
11:32 PMa month ago

America achieved its first victory against F.C. Juarez and added six points, moving them partially up to third place in the overall standings.
11:27 PMa month ago

Three minutes of compensation are added
11:17 PMa month ago

América makes its last changes. Jesús López and Emanuel Aguilera are out, Jordan Silva and Emilio Lara are in.
11:12 PMa month ago

Bravos let a clear scoring opportunity slip away. Flavio Santos manages to shoot alone in front of the goal but his header goes just wide of the goal.
11:07 PMa month ago

Red Card! Salvador Reyes, L.F. Tena's assistant, is sent off after complaining to the refereeing staff.
11:02 PMa month ago

Ufff! Jiménez lies on his left side and manages to stop a dangerous shot from Acosta.
10:47 PMa month ago

Juarez gets close to the home area and earns a dangerous corner kick.
10:42 PMa month ago

Double change for the visitors. Ayron del Valle and Andres Iniestra come out, Ariel García and Flavio Santos come in.
10:32 PMa month ago

Change for America. Federico Viñas is out, Henry Matín is in.
10:27 PMa month ago

Goalkeeper Enrique Palos makes a good save to keep out Federico Viñas' shot.
10:22 PMa month ago

Back on the field! Start of the second half
10:12 PMa month ago

Let's go to the break! The first half ends at the Azteca. América has the lead for the moment
10:07 PMa month ago

Watch out for the VAR! Velázquez goal reviewed for possible offside
9:52 PMa month ago

GOAL! Víctor Velázquez scores the equalizer for the visitors with a powerful shot from outside the area.
9:47 PMa month ago

GOOOOL! Emanuel Aguilera scores the first for the Águilas after finishing off Leo Suárez's corner kick.
9:42 PMa month ago

Juarez insists on stepping on the opponent's area, without managing to do any damage so far.
9:37 PMa month ago

The game kicks off
9:12 PMa month ago

Prior to the game, America go out for their customary field reconnaissance.

Club America will unveil its new apparel tonight, which it is already showing off in the dressing room.

Club America shared a video of their arrival at the Azteca Stadium.

Due to the confirmation of positive cases in Club América's U-20 team, the match against Juárez in this category had to be rescheduled with no new date confirmed at this time. 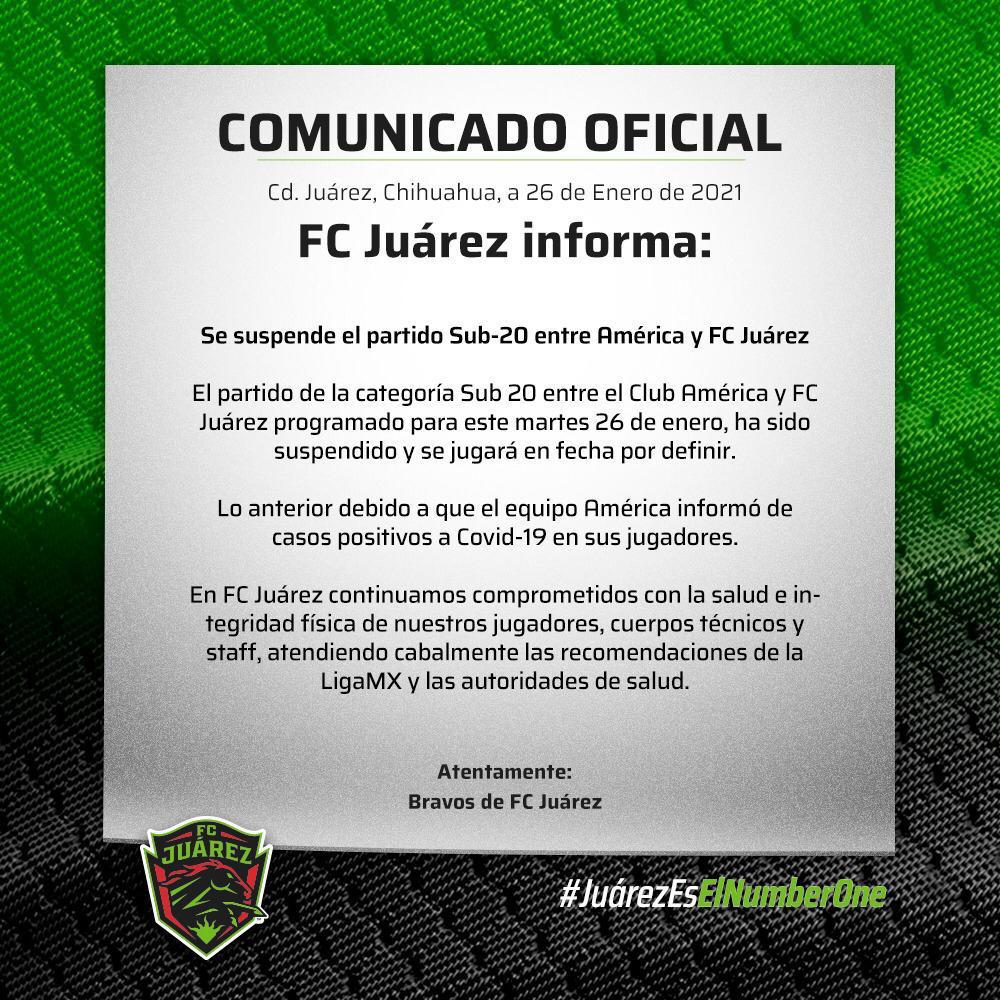 América rescued a victory against Bravos in the U-17 category match. Although Juárez was the first to take the lead, the Águilas were able to turn the score around and ended up winning 2-1. 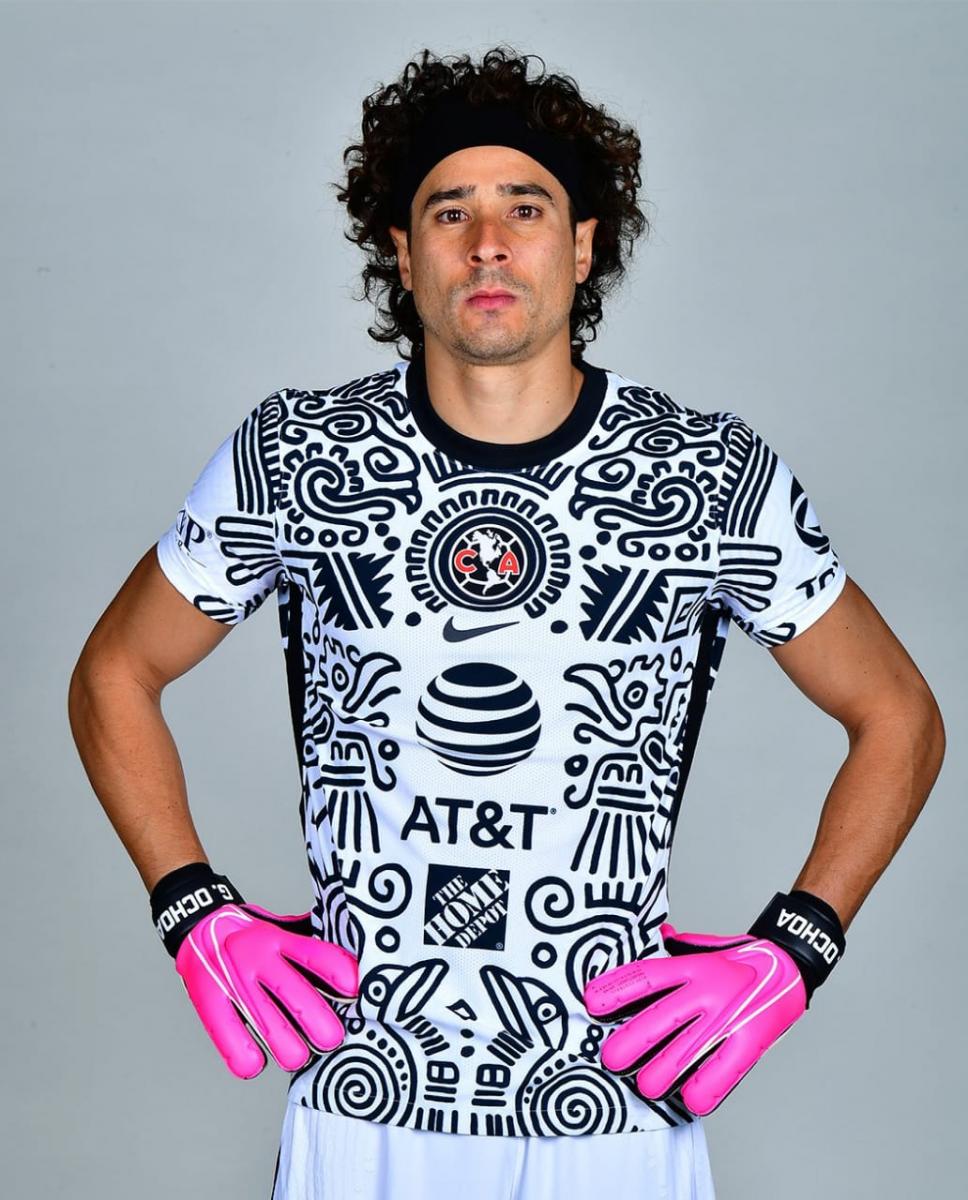 Follow along with us all the details, commentaries, analysis and lineups for this Club America vs F.C Juarez match.
8:27 PMa month ago

How to watch Club America vs Juarez on Live TV and Stream?

If you want to watch the game America vs Juarez Live on TV, your options are: TUDN, ESPN and Univision to broadcast.

Immediately after Club America reported the results of the tests, goalkeeper Guillermo Ochoa shared on his social networks his feelings about being one of those affected. He also called on the fans to continue to take care of themselves and stay at home during the pandemic.

The three players who were left out of the team are: Guillermo Ochoa, Nicolás Benedetti and Richard Sánchez, who are still recovering and will not be available for Solari.
8:02 PMa month ago

After facing Monterrey and that team confirmed 19 positive cases after the J2 match, alarm bells went off in America. Three players, one member of the coaching staff and two staff members were dismissed from the team after testing positive for Covid.
7:57 PMa month ago

Since their promotion to the first division in 2019, the Juarez team has managed to obtain favorable results in their three matches played so far against America. They have two draws and one win. 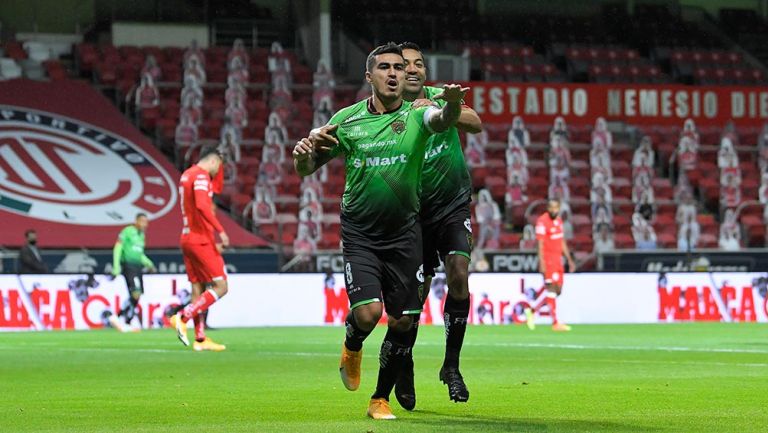 The America vs F.C Juarez match will be played at the Azteca Stadium, in Mexico City. The kick-off is scheduled at 20:30pm ET.
7:42 PMa month ago

Welcome to VAVEL.com’s LIVE coverage of the 2021 Liga MX match: America vs Juarez!