ALA0
END2 days ago

We look forward to seeing you in the next VAVEL live broadcast, see you next time!
10:05 PMa month ago

Extraordinary shot by the Bravos forward, which brought his team nearer, but in the end they were unable to equalize.

With this incredible play, Juarez closed the scoring distance.

With this incredible play, Juarez closed the scoring distance.
9:50 PMa month ago

The match ends and Santos wins.
9:45 PMa month ago

Doria saves again for Santos, but Juárez keeps looking for the equalizer.
9:40 PMa month ago

Ibargüen's shot is just wide of the goal.
9:35 PMa month ago

Del Valle came close to scoring the equalizer but was offside.
9:30 PMa month ago

Yellow card for Acosta for a foul in midfield.
9:25 PMa month ago

Del Valle headed a shot in the area but Acevedo made an excellent save.
9:20 PMa month ago

GOAL BY LEZCANO!
Juárez's goal scorer scored from the penalty spot and with this the Bravos are close to a draw.
9:15 PMa month ago

Santander decided to award Juárez a penalty kick for a foul in the area after reviewing the play in the VAR.
9:10 PMa month ago

GOAL BY PAVEZ!
The Juarez defender makes the scoreboard discount.
9:05 PMa month ago

Doria makes a great slide to stop Mendieta in the area.
9:00 PMa month ago

A good slide by Velázquez prevented the shot.
8:55 PMa month ago

GOAL BY DORIA!
Palos came out wrong on the corner kick and at the far post the Santos defender was able to score the third goal.
8:50 PMa month ago

Yellow card for Pavez for a hard foul.
8:40 PMa month ago

The second half begins.
8:35 PMa month ago

Great play by the youth

Respecting the basic principle of soccer, Muñoz passed the ball and moved into the area where he headed the ball in for the 2-0 lead.

Once again, the Juárez goalkeeper keeps the ball after a cross of Isijara.
8:20 PMa month ago

Palos makes a two-timed catch after a powerful shot from outside the area.
8:15 PMa month ago

This terrible mistake cost the visitors the first goal.

GOAL BY SANTI MUÑOZ!
The Santos youth player took a touch outside the area and headed the ball into the penalty spot to beat the visiting goalkeeper.
8:05 PMa month ago

Lezcano's shot in the area passed very near to Carlos Acevedo's goal.
8:00 PMa month ago

Prieto's long-range shot goes over the top of the goal.
7:55 PMa month ago

Acosta slide and sent the ball for a corner kick.
7:45 PMa month ago

GOAL OF SANTOS!
Self-goal by García, who returned the ball to Palos but missed the ball as he tried to control it.
7:40 PMa month ago

The match kicks off at TSM Stadium.
7:35 PMa month ago

The home team announced through a press release that its starting goalkeeper will not be able to be present for this afternoon's game, due to a fracture in the index finger of his right hand.

No Lezcano, no goals

The visiting team's striker has been a key player since last year's tournament; of the last eight goals scored, he has been directly involved in seven, with one assist and six goals. 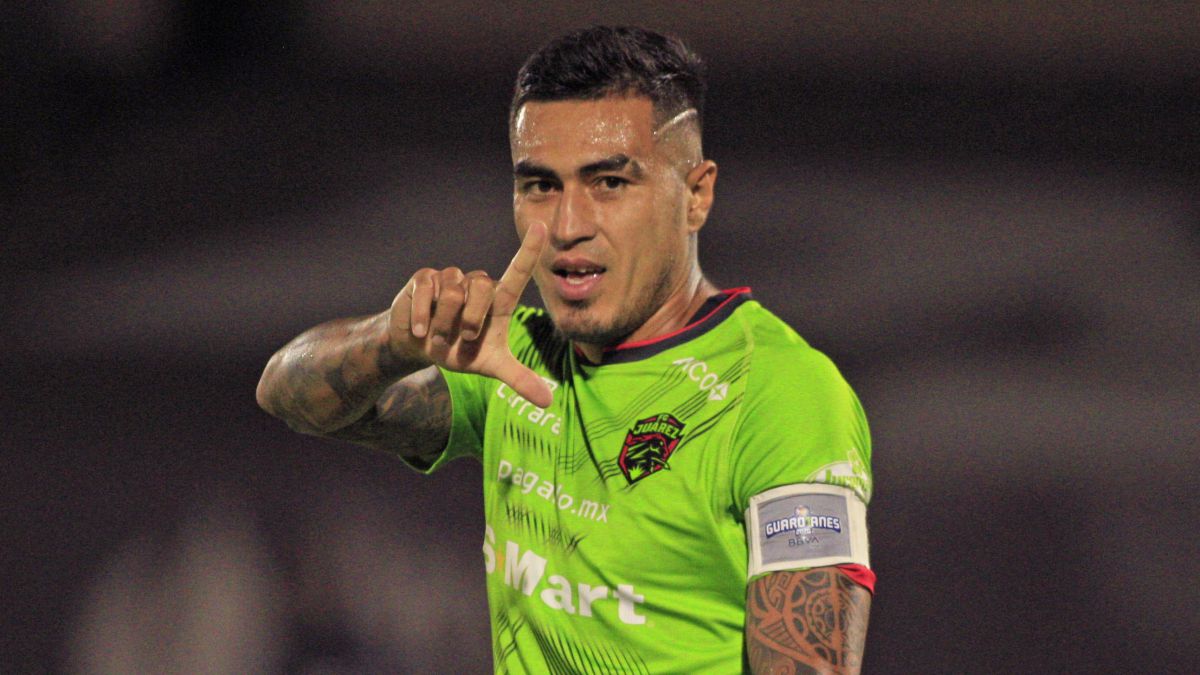 Santos is strong at home

Since 2019, Santos has made its home a fortress, and has only lost two of its last 31 matches.

The team from the Comarca has a record of 22 wins and seven draws; the only teams that were able to beat them were Pumas and Pachuca. 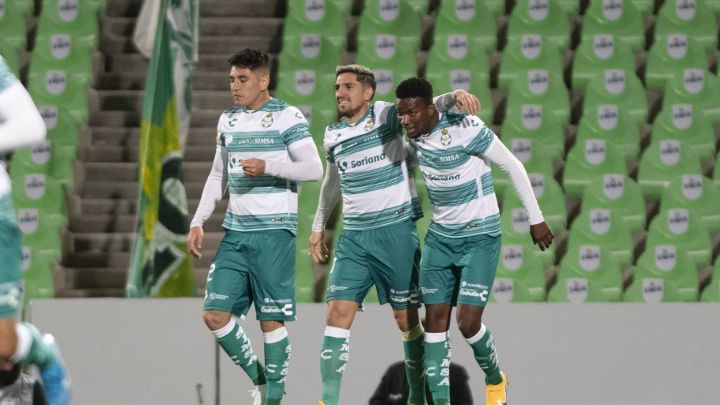 The teams are ready to take the field at the TSM stadium, in a few moments we will present the match lineups and the minute-by-minute.
Stay with us!
7:05 PMa month ago

Remember that on VAVEL we have the best information and minute-by-minute coverage of this afternoon's match between Santos vs Juarez FC.
7:00 PMa month ago

In the previous tournament they tied 1-1, with goals from Darío Lezcano and Bryan Garnica, the latter of whom is currently playing for Atlas of Guadalajara.
6:55 PMa month ago

How and where to watch Santos vs Juarez

The match will be broadcast on TV and you can find it on Fox Sports 2.

If you want to follow it LIVE online, VAVEL USA is your best option.

The visiting team has an attacking referent in Darío Lezcano, who already has two goals this season and is looking to continue scoring points for his team.
6:45 PMa month ago

Central defender Matheus Doria, one of the most important players for the local team, is a leader in the defense and has already scored a goal in this tournament.
6:40 PMa month ago

Juarez wants to be in the playoffs

With 8 points, the border team is looking to get into the fight for the title, however, they have had ups and downs, and in the last four games they have two wins and two losses.

Last week they defeated Mazatlán with a goal by Darío Lezcano in the 53rd minute.

Santos wants to get three points

Santos has had a good run in the current tournament, they are near the direct qualification positions and a win would take them to third place in the general table.

In their last game they lost 1-0 against San Luis and suffered the expulsion of Felix Torres at the end of the match. 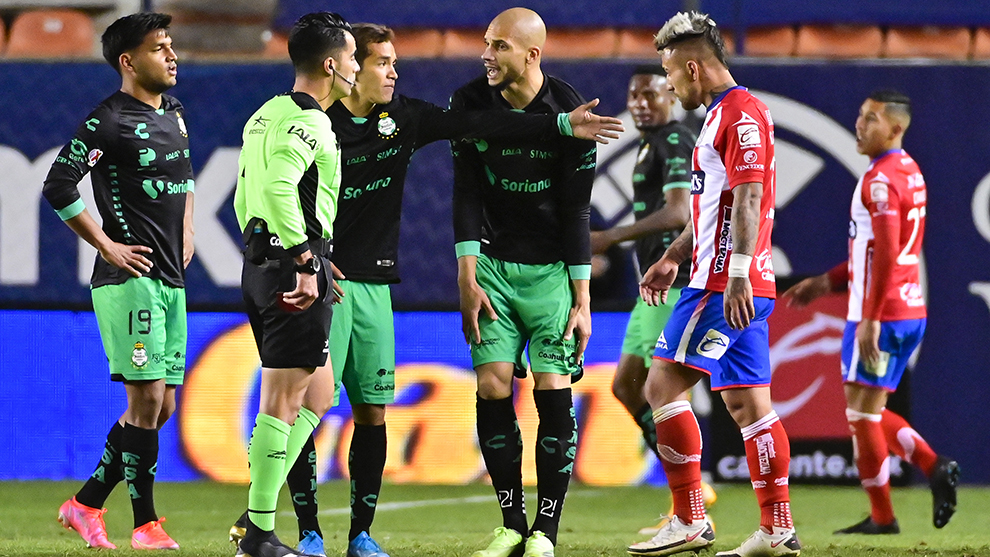 The Santos vs Juarez match will be played at the TSM stadium, in Torreon, Mexico.

Welcome to VAVEL.com’s LIVE coverage of the Guard1anes 2021 match: Santos vs Juarez!

My name is Aarón López and I’ll be your host for this game.