Thank you for following the Monterrey vs Querétaro broadcast of Guard1anes 2021. See you next time.
10:02 PMa month ago

Although it looked like a rout was on the cards, Monterrey rescued a one-goal win against Querétaro, who lost again on the road.
10:01 PMa month ago

Funes Mori is replaced by Alvarado. Monterrey makes a change.
9:58 PMa month ago

Hurtado and Ortiz come on

Rea off and Gallardo on.

Funes Mori makes the individual play and his shot is blocked for a corner.
9:40 PMa month ago

Montero tackles Layún and is cautioned.
9:35 PMa month ago

Vera's cross is headed by Silveira at the near post into the goalkeeper's hands.
9:33 PMa month ago

Layún does all the faking but when he takes his shot it goes wide.
9:32 PMa month ago

Vegas' free kick goes just over the top of the goal.
9:29 PMa month ago

Gonzalez is replaced by Montes for Monterrey.
9:28 PMa month ago

Silveira does not make good contact with the ball and it goes wide.
9:15 PMa month ago

Sepúlveda's foul on González when the ball had drifted wide and he had scored the goal.
9:13 PMa month ago

The second half begins. 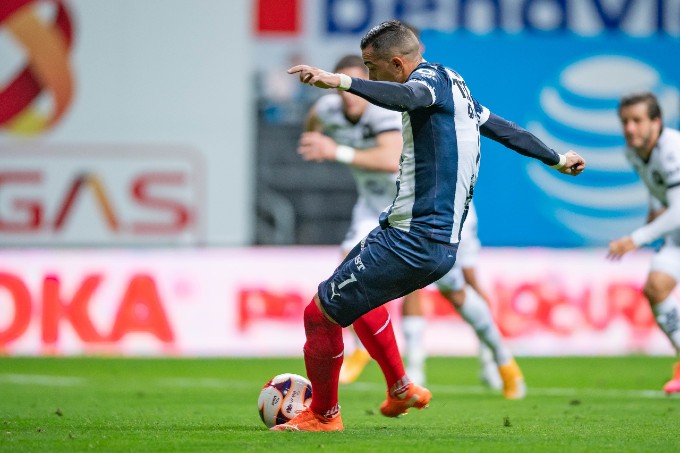 Meza's shot from half distance passes close.
8:53 PMa month ago

The VAR reviews the play and says that there is a previous handball and disallows the goal.
8:47 PMa month ago

Maxi Meza scores with a bicycle kick inside the box to make it 3-1.

The VAR rectifies its decision and decides to send off Vincent Janssen.
8:40 PMa month ago

After a strong tackle, Janssen is cautioned.
8:40 PMa month ago

Doldan's header was saved by Gonzalez and the Gallos came close to an equaliser.
8:37 PMa month ago

Funes Mori from the penalty spot extends the lead.

Villegas brings down Funes Mori and the referee awards a penalty.
8:23 PMa month ago

After a series of rebounds, Funes Mori scissor-kicks to make it 1-0.

The VAR reviewed a possible handball by Querétaro, but in the end did not award a penalty.
8:19 PMa month ago

Little by little Rayados start to tilt the pitch, but they still do not do it with depth.
8:16 PMa month ago

Janssen's cross and Meza makes the screen that nobody closes at the far post.
8:13 PMa month ago

Ramirez drives the ball and negotiates hand movement when his whole team was pinned back.
8:09 PMa month ago

Sepúlveda is left lying on the pitch and it is not known if he will be able to continue.
8:08 PMa month ago

Monterrey vs Querétaro kicks off.
8:05 PMa month ago

Monterrey and Queretaro take to the field in Liga MX protocol.
8:04 PMa month ago

We are minutes away from the start of Monterrey vs Querétaro. Don't miss all the details.
7:58 PMa month ago

If Monterrey win, they could move into third place with 18 points, while Querétaro's win would move them up to eighth place overall.
7:54 PMa month ago

The Rayados are coming off a 6-1 away win over Bravos de Ciudad Juárez.
7:48 PMa month ago

There will be a debut

Due to injuries to Gil Alcalá and Gerardo Ruiz, Luis Villegas will make his debut tonight in the number 182 shirt.
7:45 PMa month ago

The Gallos are coming off a 2-2 draw against Chivas, having conceded a last-gasp goal.
7:42 PMa month ago 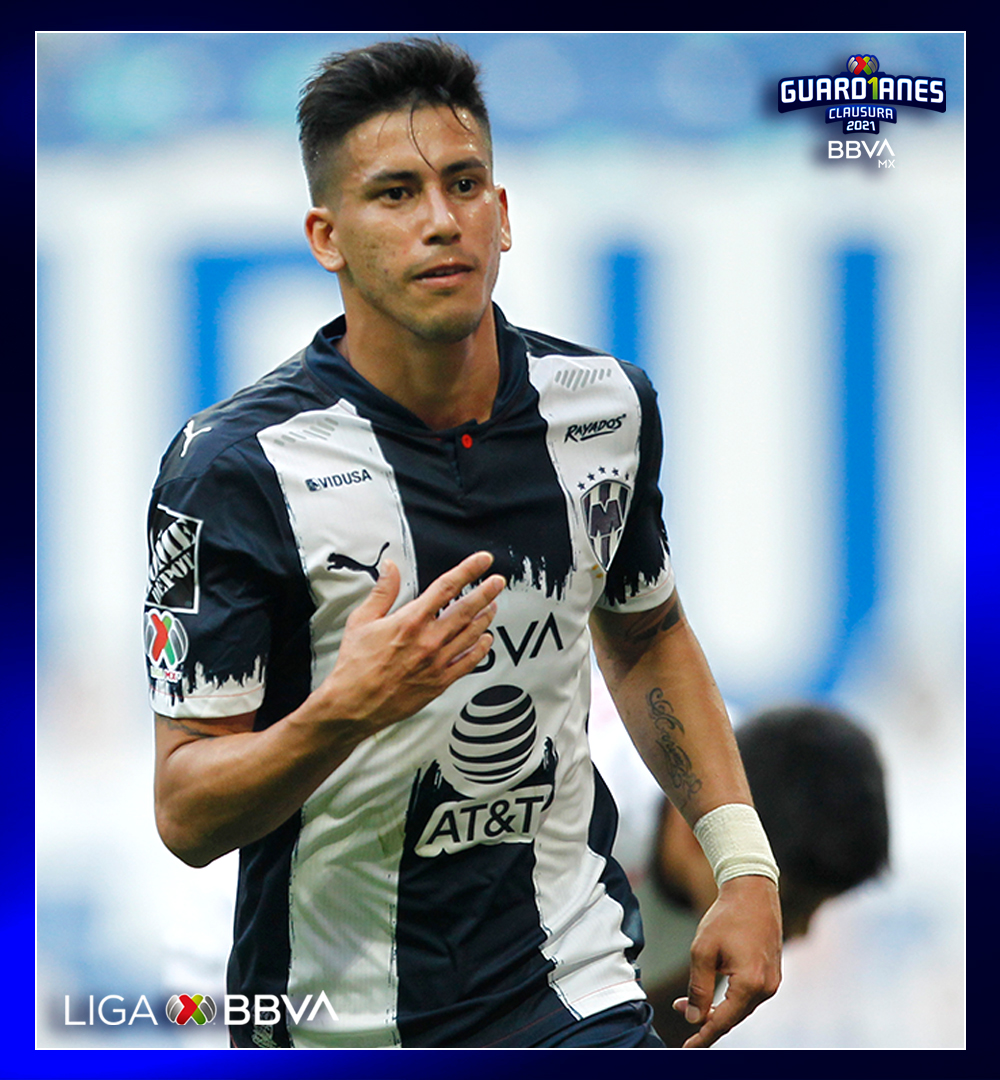 To leave everything on the pitch

Although he will not be on the field, Nico Sanchez's studs are ready for this game. 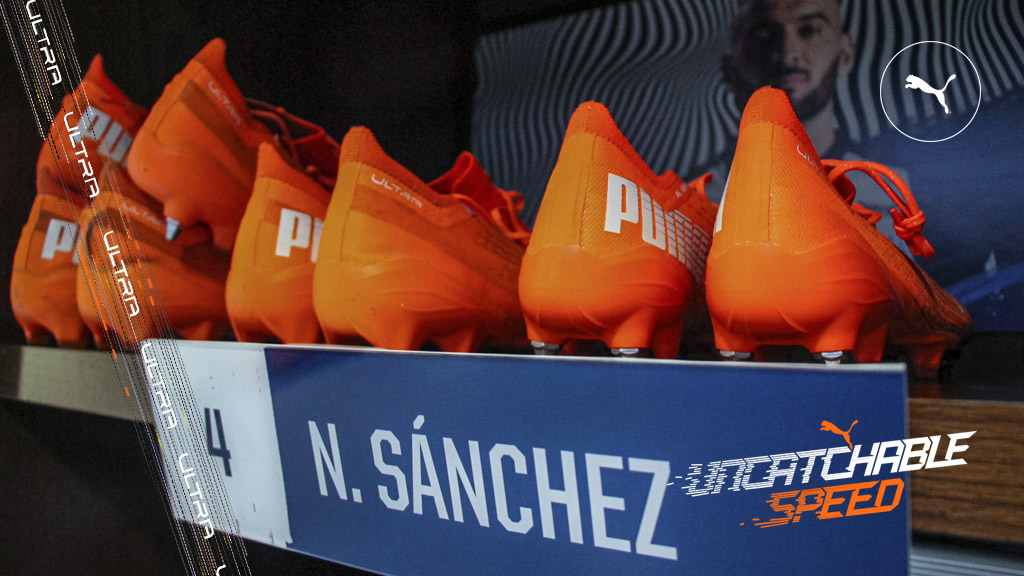 This is what the Rayados dressing room looks like, highlighting that today all eyes will be on Dutchman Vincent Janssen after what he did in midweek against Bravos. 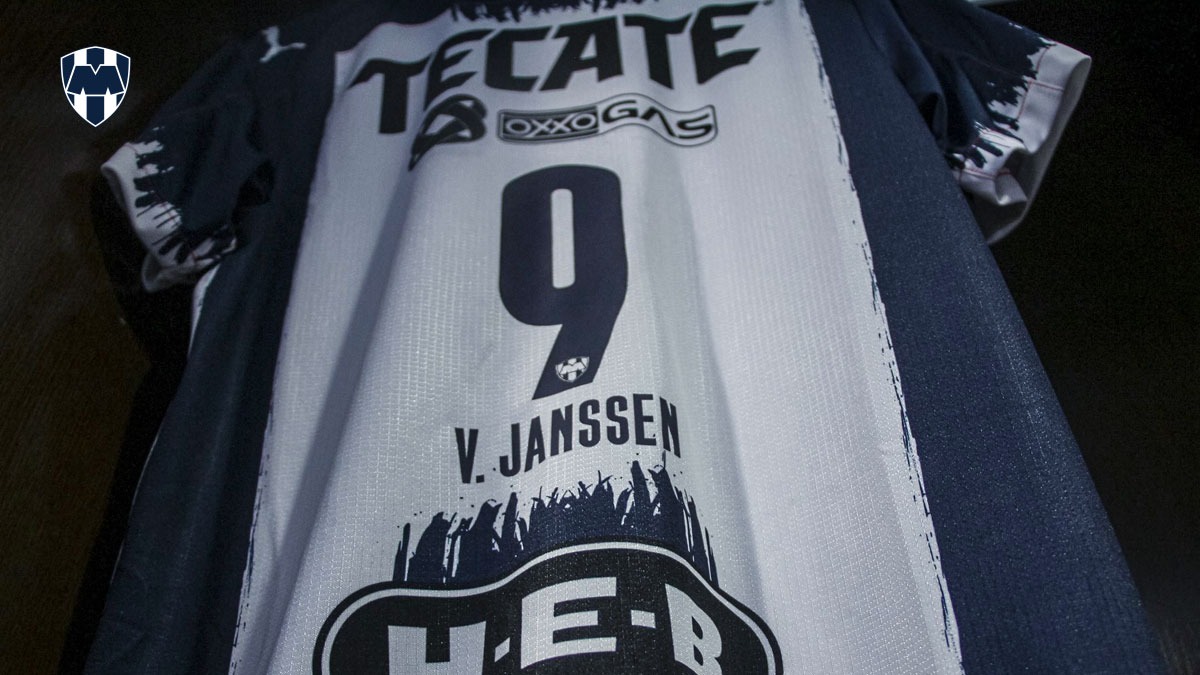 They yearn for the return of the fans

Some stadiums have reopened their doors to the public, but in Nuevo León it is not yet possible because of the pandemic. 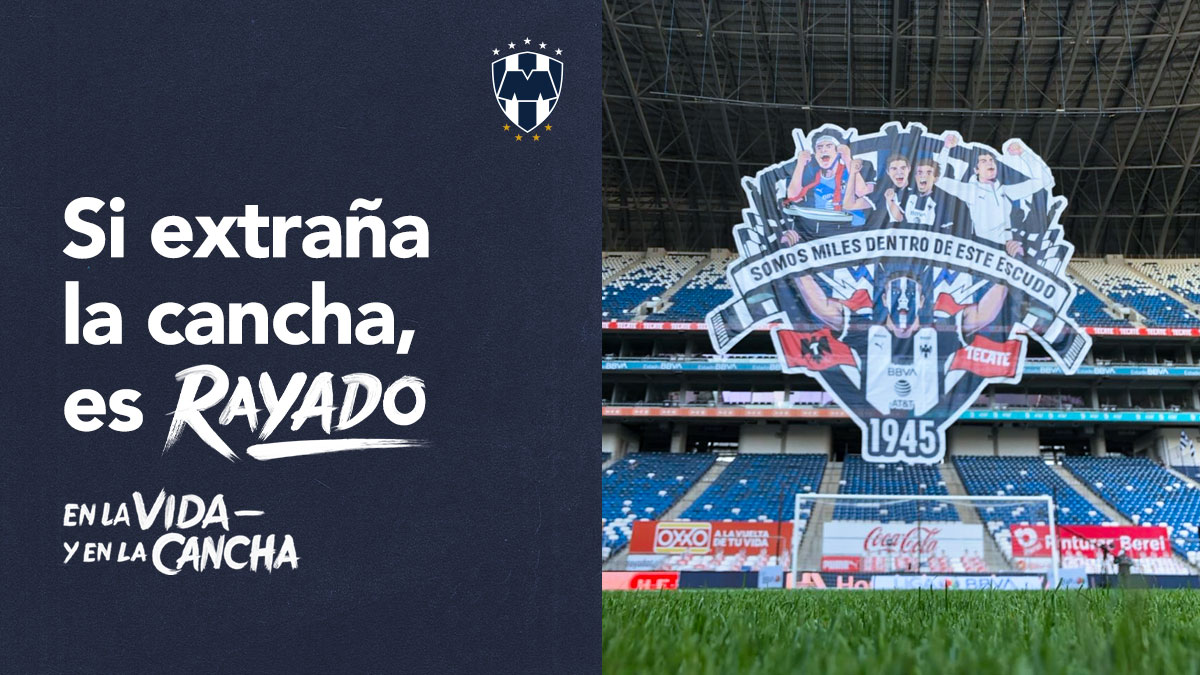 They are going for the feat

And not just for the sake of winning, Querétaro have not picked up a single away point in the Guard1anes 2021 tournament.

How decisive will Kevin Ramirez be? 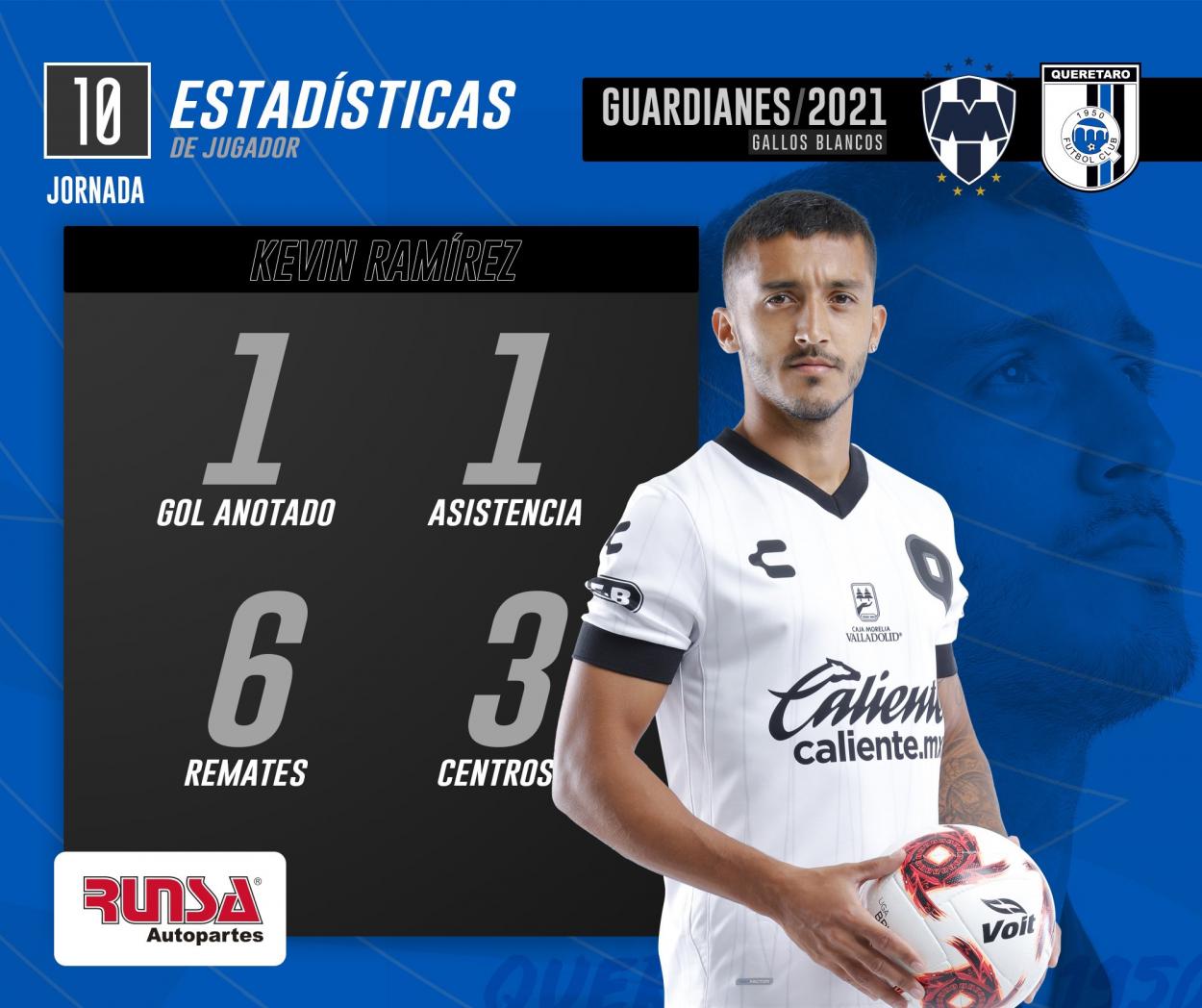 This is how the Rayados arrived at the BBVA 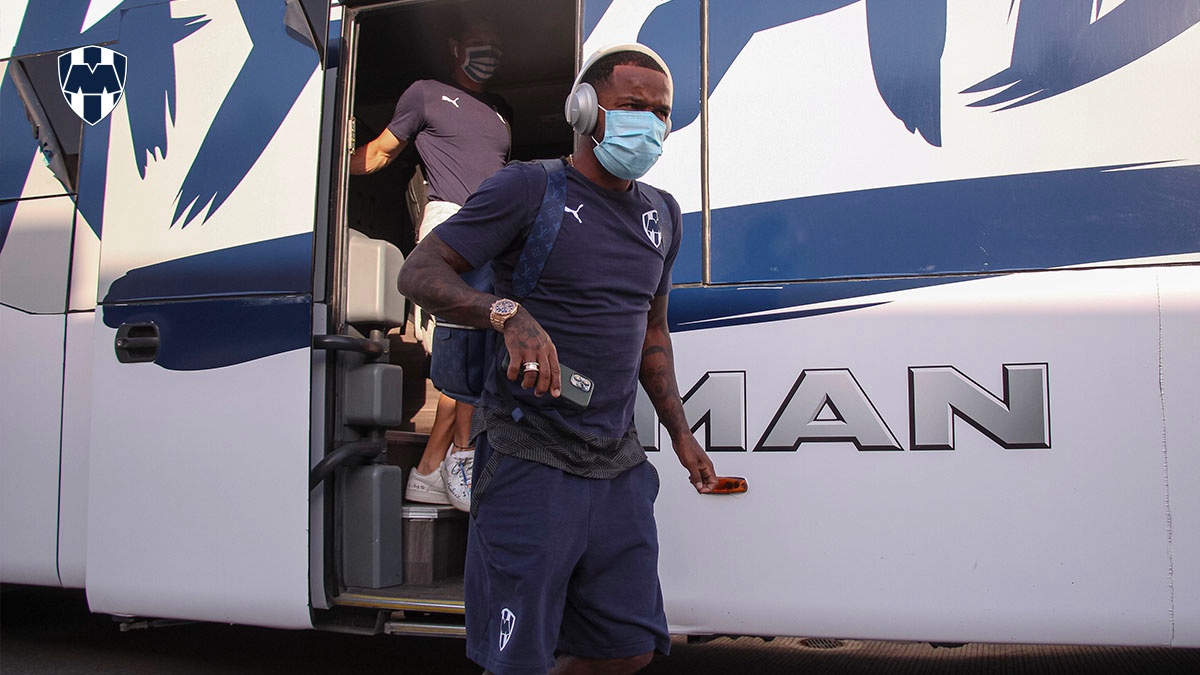 Querétaro are looking for their first away points of the season against Rayados de Monterrey in Liga MX. We begin our coverage of the game.
1:47 PMa month ago

Do not miss a detail of the match with the live updates and commentaries of VAVEL. Follow along with us all the details, commentaries, analysis and lineups for this Rayados Monterrey vs Queretaro match.
1:42 PMa month ago

The advantage in the last five matches in Nuevo Leon goes to Rayados with four wins and one loss, but in their last home match they lost 2-1 in the Clausura 2020. 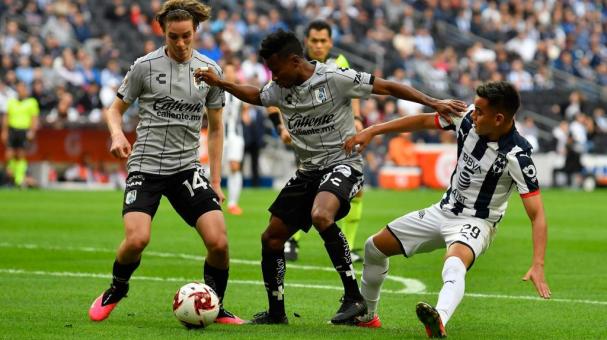 How to watch Rayados Monterrey vs Queretaro Live TV and Stream

The Charrúa Kevin Ramirez is Altamirano's most unbalanced player in the final third of the pitch and if the Gallos want to come away with a good result, the ball will have to go through his feet. 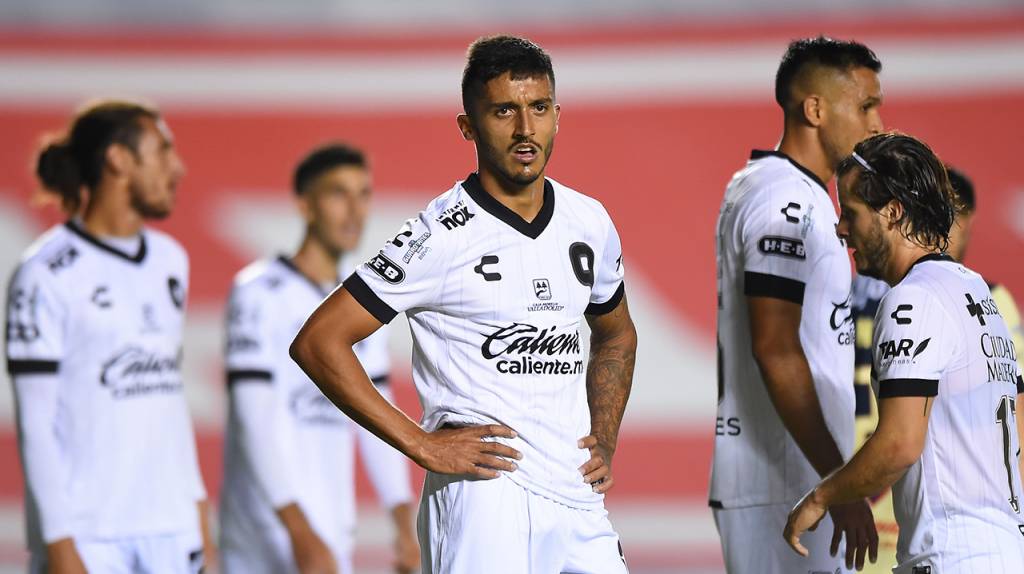 The attacking machine is back and Rogelio Funes Mori remains the vital piece as the nine to make the difference. 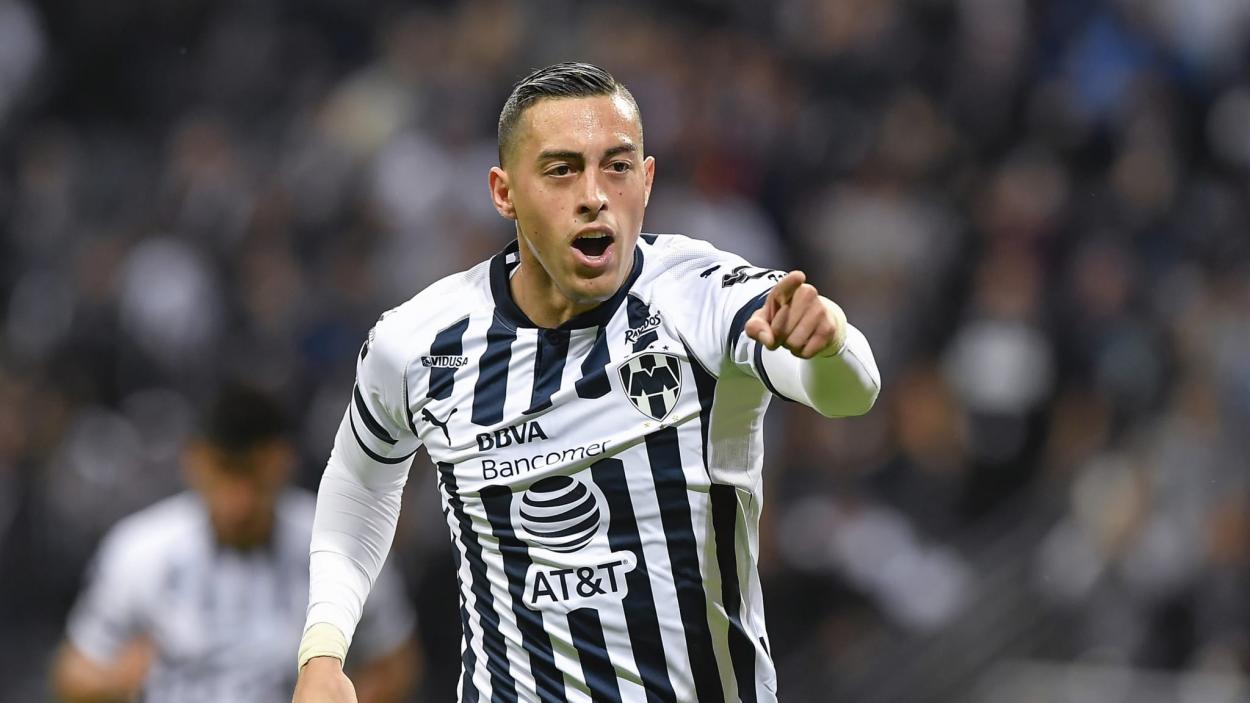 Referee for Rayados Monterrey vs Queretaro

The referee for Rayados Monterrey vs Queretaro will be Oscar Macias Romo.
1:17 PMa month ago

Querétaro: To be consistent

Queretaro has taken all its points at home and none on the road, where it has four straight losses and only three goals scored.
1:02 PMa month ago

The Rayados will be out to prove that the 6-1 win over Juarez was no fluke and will be looking to keep the scoring momentum going, but this time at home.
12:57 PMa month ago

The Rayados Monterrey vs Queretaro match will be played at the stadium BBVA, in Nuevo León. The kick-off is scheduled at 8:06pm ET.
12:52 PMa month ago

Welcome to VAVEL.com’s LIVE coverage of the 2021 Liga MX match: Rayados Monterrey vs Queretaro! My name is Adrian Hernandez and I will be your host for this game. We will provide you with pre-game analysis, roster updates, and news as it happens live here on VAVEL.