It's over! With a late goal, América defeats the champion at the Azteca stadium.
10:54 PM5 months ago

Goal, goal, goal for America! The decision is rectified and the referee points out that there was no offside on the part of Viñas, who sent the ball into the back of the net after a cross from Suárez.
10:52 PM5 months ago

Goal by...! CANCELLED! The referee signals offside for the home team.
10:52 PM5 months ago

Double substitution for the visitors. Jesús Godínez and Nico Sosa come on for Joe Campbell and Ángel Mena.
10:51 PM5 months ago

Near León! A great team move that culminated in a shot by Meneses, but the Emerald's shot was off target and ended up sending the ball wide.
10:42 PM5 months ago

Near León! Good crossing by the defense prevents Mena from scoring the go-ahead goal.
10:39 PM5 months ago

Roger Martinez has a good chance to shoot, but the visiting defense prevents the play from growing.
10:36 PM5 months ago

Change of Leon. Víctor Dávila comes off for David Ramírez.
10:29 PM5 months ago

Double change for the locals. Leo Suárez and Roger Martínez are substituted by Álvaro Fidalgo and Sebastián Córdova.
10:24 PM5 months ago

Ochoa! Great save by the goalkeeper to prevent León from taking the lead.
10:23 PM5 months ago

He missed it! Emanuel Aguilera sends the shot over the crossbar and then tries to counter-attack and ends up kicking the ball out.
10:18 PM5 months ago

Penalty! The referee awards a penalty kick after Córdova receives contact inside the León box.
10:15 PM5 months ago

VAR! The referee will review a possible penalty on Córdova.
10:14 PM5 months ago

Córdova's excellent play ends up getting into Cota's area, but the player falls inside the box.
10:10 PM5 months ago

A great run by Lainez ends with a cross and Córdova sends his shot over Cota's goal.

The second half begins and both América and León will be looking for the victory.
9:46 PM5 months ago

It's over! The first half is over at the Azteca Stadium and the score is tied.
9:41 PM5 months ago

Lainez's cross to Jorge Sánchez, but the latter fails to control the ball and ends up kicking it out of play.
9:37 PM5 months ago

The one America is missing! Laine reached the end line, but when he sent in the cross, no one got to the ball and the visiting defense cleared it out without any problems.
9:35 PM5 months ago

A very tight game in the midfield, with both teams looking to reach the opponent's goal.
9:25 PM5 months ago

A high cross is headed by Henry, but it goes over the goal.
9:21 PM5 months ago

A good finish by América, but Henry Martin over-ran the ball into Cota's hands.
9:16 PM5 months ago

Close! After a defensive rebound, the ball is given to Mena, who is encouraged to shoot from outside the area and his shot goes slightly wide.
9:14 PM5 months ago

Rodriguez's shot was deflected away, preventing América's offense from shooting inside their own area.
9:12 PM5 months ago

A good arrival by América that culminates in a shot by Aquino that goes over the goal.
9:09 PM5 months ago

America's goal! After a cross from Lainez, Henry Martin appears inside the box and heads in the equalizer.
9:04 PM5 months ago

Goal by Leon! Right at the start of the match, Dávila scores the first goal.
8:59 PM5 months ago

The meeting kicks off in Mexico City.
8:54 PM5 months ago

They are warming up´!

With a special message, the Eagles take to the field to warm up before the match.

The visitors' goalkeepers are now ready to warm up.

León has not beaten América at home since the Clausura 2019.

The Azulcremas are already at the Coloso de Santa Ursula ready to play this matchday's match.

The visit has arrived!

The emeralds are already at the Azteca, ready to play their tenth match of the tournament.

America will come out with its numbers in purple, in honor of women.

Do not miss a detail of the match with the live updates and commentaries of VAVEL. Follow along with us all the details, commentaries, analysis and lineups for this América vs León match.
8:09 PM5 months ago

How to watch América vs León Live TV and Stream |

The Champion is still missing!

El León, although they have had flashes, have not been able to show what they did last tournament. With two wins and a draw, they are in the penultimate position; in their last match, they lost to Puebla.
7:49 PM5 months ago

They are on a roll!

Solari's Eagles are coming into this match with two wins in a row, so they are in good spirits for this match. In their last match, they were victorious against Xolos at the Estadio Caliente. 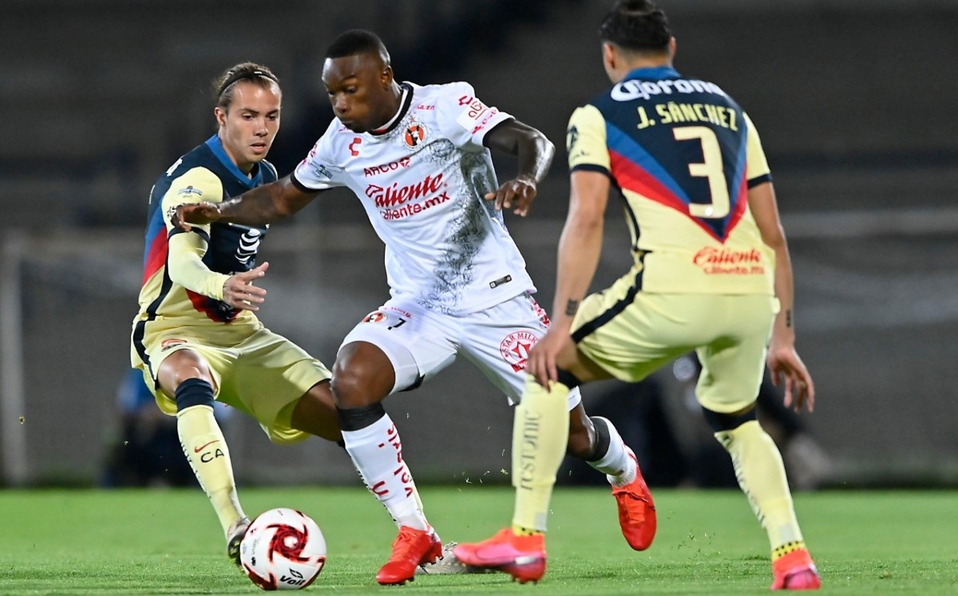 The América vs León match will be played at the Azteca stadium, in Mexico City. The kick-off is scheduled at 06:00pm ET.
7:39 PM5 months ago

Welcome to VAVEL.com’s LIVE coverage of the 2021 Guard1anes match: América vs León!