América takes all three points from the Azteca and has now gone 7 games without a home loss. Santiago Solari's team continues its upward trend in the competition.
10:51 PMa year ago 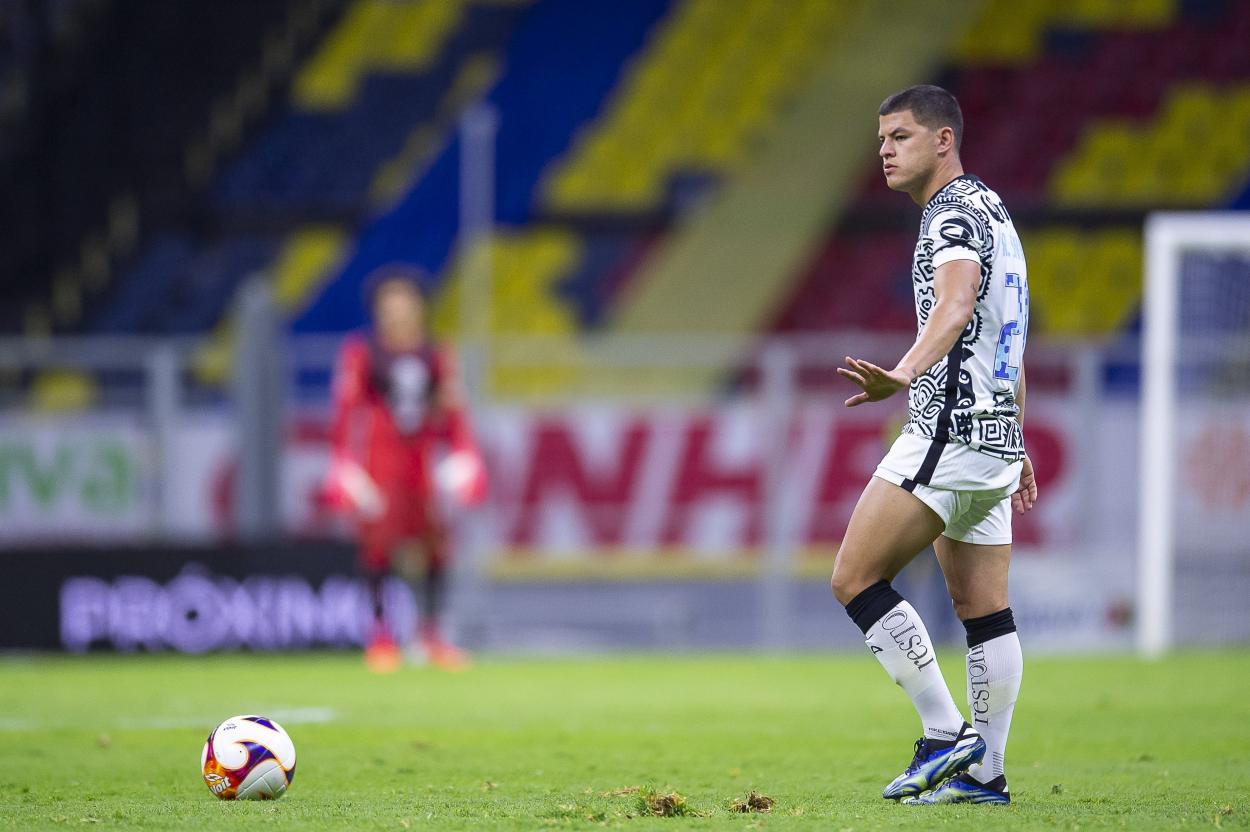 Álvaro Fidalgo (off) and Nicolás Benedetti (on) America substitution

América substitution, Roger Beyker Martínez off and Santiago Naveda on

GOAL FOR AMÉRICA Giovani Dos Santos with a lethal strike to take the lead on the scoreboard.

Necaxa up against the wall. América's attacks are becoming more and more constant.
10:12 PMa year ago

America takes the lead at the start of the match. But the visitor's defense cuts down their attacks.
10:03 PMa year ago

The second half begins. América has the ball but not the danger inside the box.
9:49 PMa year ago

Richard Sánchez scores a tremendous goal over the wall. América has already tied it up.
9:47 PMa year ago

GOAL FOR NECAXA They caught América off guard, from the flank Salas gave a pass to Barragán and scored the first goal of the match.
9:32 PMa year ago

A night of intervention. Ochoa has already saved the home team in a goal.
9:25 PMa year ago

Edgar Hernández, Necaxa's goalkeeper, has already intervened correctly. America is stepping on the gas inside the rectangle.
9:21 PMa year ago

Necaxa tries to take a few touches, but in the last touch they make mistakes in the decisions taken.
9:16 PMa year ago

Giovanni Dos Santos almost dunks. The Azulcremas grow in confidence on the field.
9:11 PMa year ago

The meeting starts. America and Necaxa for the win
9:01 PMa year ago

In the 2020 Clausura, Necaxa defeated América, in what was the last time the Estadio Azteca received fans in its stands prior to the pandemic.

America has six games without losing at home: 6 wins and has only conceded two goals. Necaxa has not won away from home since November: 6 defeats and 2 draws.
8:31 PMa year ago

América with pipe and glove

The Coapa team took the official Guardianes 2021 photo at the Azteca stadium.

América with an incomplete roster

Two notable absentees for América tonight against Club Necaxa at the Azteca Stadium: Henry Martín and Córdova.
8:21 PMa year ago

Do not miss a detail of the match with the live updates and commentaries of VAVEL. Follow along with us all the details, commentaries, analysis and lineups for this America vs Necaxa game!
8:16 PMa year ago

How to watch America vs Necaxa Live TV and Stream

An eagle in search of game

Santiago Solari's men have a perfect record in their last five matches with the same number of victories. In Coapa, they do not want to lose ground on Cruz Azul, who are in the lead, as in the event of defeat, the Celestes would take five points from them before the end of the tournament.
7:56 PMa year ago

A beam without light

Necaxa is in intensive care, having won just one of their last five games, a situation that leaves them in second to last place in the general table. If the red and white team loses, they could be out of the playoffs and think about taking out their wallet to pay the fine for being in last place.
7:51 PMa year ago

America va Necaxa match will be played at the stadium Azteca, in CDMX, . The kick-off is scheduled at 20:00pm ET.
7:46 PMa year ago

My name is name Claudio Amelco and I’ll be your host for this game. We will provide you with pre-game analysis, roster updates, and news as it happens live here on VAVEL.