It's over!!! León makes a big splash and beats Atlas away at the Jalisco Stadium.
7:56 PMa year ago

León continued in search of the fourth, but they passed too early and the ball ended up in the hands of Vargas.
7:53 PMa year ago

Goal by Leon! The third goal was scored by Rodriguez, but Camilo Vargas couldn't prevent the goal.
7:51 PMa year ago

Change for León. Jesús Godínez comes off and Jean Meneses takes his place.
7:30 PMa year ago

Goal, goal, goal by Leon! A great service from Montes and Gigliotti heads in again to score his brace.
7:24 PMa year ago

Good start! Camilo Vargas came out to save and Mena ends up crashing the ball into the goalkeeper.
7:19 PMa year ago

Jéremy Márquez's shot goes over the goal.
7:17 PMa year ago

Always no! The referee signals a handball by Rocha and disallows the goal, the match continues in favor of the visitors.
7:15 PMa year ago

VAR! Apparently there is handball in the Atlas goal and the referee will review it in the video referee.
7:14 PMa year ago

Goalkeeper! Great header by Caraglio, but Cota, attentive, saves a ball that was clearly headed for goal.
7:11 PMa year ago

Atlas is on top! Malcorra takes a shot at Cota's goal, but the alert goalkeeper keeps the ball out of danger.
7:09 PMa year ago

Goal by... It is cancelled! Caraglio shot inside the box to tie the match, but the referee disallowed the goal for being in an advanced position.
7:07 PMa year ago

Ibarra's shot was saved by Cota, again the offense wanted to shoot again, but the visiting defense deflected the ball.
7:06 PMa year ago

The second half begins at the Jalisco, Atlas will be looking to even the match.
6:50 PMa year ago

At the end of the first half, León wins by the minimum in Guadalajara.
6:45 PMa year ago

A good service from Godínez, the ball is rebounded, but no one is able to finish inside the area and a clear chance is missed.
6:39 PMa year ago

Goal by Leon! After a corner kick, 'Puma' Gigliotti heads the ball into the back of the net.
6:34 PMa year ago

The match continues, after a moment for both teams to rehydrate.
6:28 PMa year ago

Stops actions to rehydrate the equipment
6:24 PMa year ago

Caraglio attempts to serve into the visitors' box, but the ball goes wide.
6:21 PMa year ago

Near León! Montes' shot misses the target and the chance goes up in smoke.
6:16 PMa year ago

The match has arrivals on both sides, but they fail to be accurate.
6:06 PMa year ago

Gigliotti's left-footed shot is deflected by the home defense.
6:02 PMa year ago

The match kicks off in Guadalajara and both teams will be looking to take all three points.
5:57 PMa year ago

The visitors' fans have arrived!

The León fans have arrived at the Jalisco Stadium.

This afternoon, Julio Furch could see his first minutes as a red-and-black player in the tournament; the striker was sidelined for more than half of the tournament due to injury.

In previous duels between these teams, the Emeralds have the advantage over the Zorros, where they have accumulated 13 wins, while Cocca's team has only 8 victories.

The Panzas Verdes, under Ambriz, have already arrived at the Jalisco stadium, where they will be looking for one more victory.

The red and blacks are here!

Atlas has already arrived at home, where they will receive the Emeralds of Leon, a match that corresponds to journey 14 of the Guard1anes 2021. 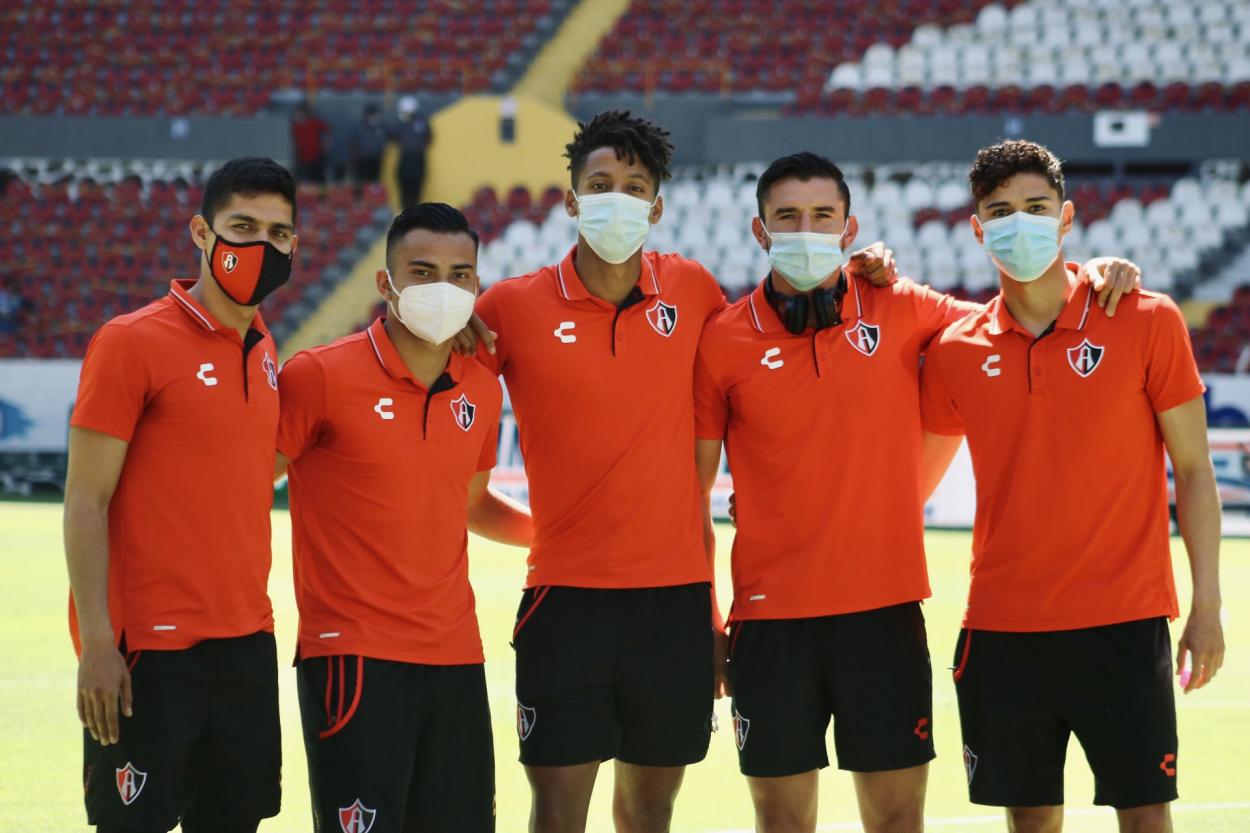 Do not miss a detail of the match with the live updates and commentaries of VAVEL. Follow along with us all the details, commentaries, analysis and lineups for this Atlas vs Leon match.
5:17 PMa year ago

How to watch Atlas vs Leon Live TV and Stream

The team coached by Ambríz got out of the slump in which they started the tournament and added an important victory against Toluca last week. With this good streak, they will be looking to beat Cocca's pupils.

They are on the rise!

The Red and Blacks come into this duel after beating Xolos by the minimum last matchday; with this result, they ended up in fifth position and continue to add important points for the percentage. 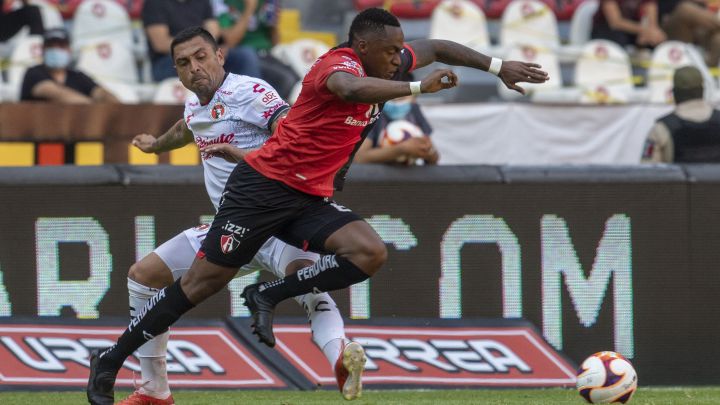 The Atlas vs Leon match will be played at the Jalisco stadium, in Guadalajara, Jalisco. The kick-off is scheduled at 05:00pm ET.
4:47 PMa year ago

Welcome to VAVEL.com’s LIVE coverage of the 2021 Guard1anes match: Atlas vs Leon! My name is Lore Solorzano and I’ll be your host for this game. We will provide you with pre-game analysis, roster updates, and news as it happens live here on VAVEL.