Thank you for following the Tigres vs América for the 14th date of the guard1anes 2021 tournament.
10:59 PMa month ago

América put on a convincing performance and defeated Tigres 3-1, who have yet to react in the championship, although they are still in the qualification zone.
10:56 PMa month ago

Lopez's violent shot was saved by Ochoa.
10:42 PMa month ago

Gignac's cross shot was saved by Ochoa.
10:41 PMa month ago

Carioca makes a strong tackle and is sent off.
10:35 PMa month ago

The VAR reviews the play and indicates a goal by Martínez after defending in front of Guzmán.

Goal disallowed to Martinez for offside.
10:33 PMa month ago

Now it is Carioca who receives the yellow card.
10:29 PMa month ago

A corner kick that is combed in and Reyes scores at the far post 1-2.

Cruz is replaced by López.

Córdova pumps the ball but the ball goes over the top.
10:26 PMa month ago

Roger was left with the ball inside the area and his left-footed shot went wide.
10:25 PMa month ago

Carlos Salcedo is cautioned for the second time and is now shown the red card.
10:21 PMa month ago

Pedro Aquino with a right-footed shot from outside the area to increase the difference.

A counter-attack by América that Martínez gave away too much before the arrival of his teammate, then Nahuel had to come out to press and, in the end, Aquino committed a foul and conceded a free kick.
10:19 PMa month ago

Tigres made a better start to the second half, but so far they have not had a clear threat.
10:16 PMa month ago

Quiñones with the service that passes through the small area and nobody finishes it off.
10:14 PMa month ago

Gignac tries to break through, but Sanchez sends the ball to a corner.
10:11 PMa month ago

The second half begins.
9:55 PMa month ago 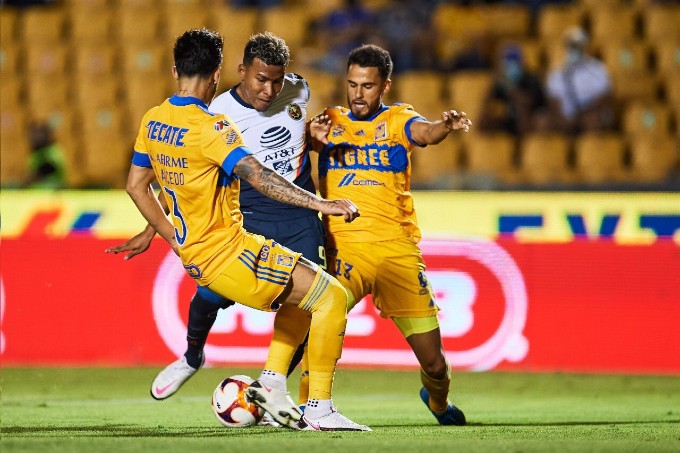 Two more minutes will be added.
9:51 PMa month ago

Carioca tries to filter, but the América defense continues to play at a high level.
9:45 PMa month ago

Good defensive coverage that prevents Carlos Gonzalez from making good contact and ends up blowing it away.
9:35 PMa month ago

Córdova's shot hits the net from the outside.
9:30 PMa month ago

Salcedo delayed the ball to Nahuel when Martínez's speed was already taking him away.
9:25 PMa month ago

Goal disallowed to Dueñas for offside, he was slightly ahead.
9:19 PMa month ago

Martinez tries to get forward and eventually earns a corner kick.
9:17 PMa month ago

The referee waives Quinoñes' card after handing out a kick.
9:14 PMa month ago

Roger Martínez scores inside the box to make it 1-0.

Córdova was fouled in the midfield, where América dominated possession of the ball.
9:07 PMa month ago

The match begins at the Volcan.
9:01 PMa month ago

Tigres and América take the field blindfolded in the Liga MX protocol.
8:59 PMa month ago

We are minutes away from the start of the game between Tigres and América in the Guard1anes 2021 tournament.
8:56 PMa month ago

They will not be able to take the lead

Since Cruz Azul beat Chivas, América will not be able to take the lead and will have to settle for a two-point lead.
8:54 PMa month ago

The Volcán is not full due to the fact that only 20% of the total capacity was allowed, but it is still good news that the fans are returning to the stadium.
8:50 PMa month ago

This is how America warmed up

America is also warming up 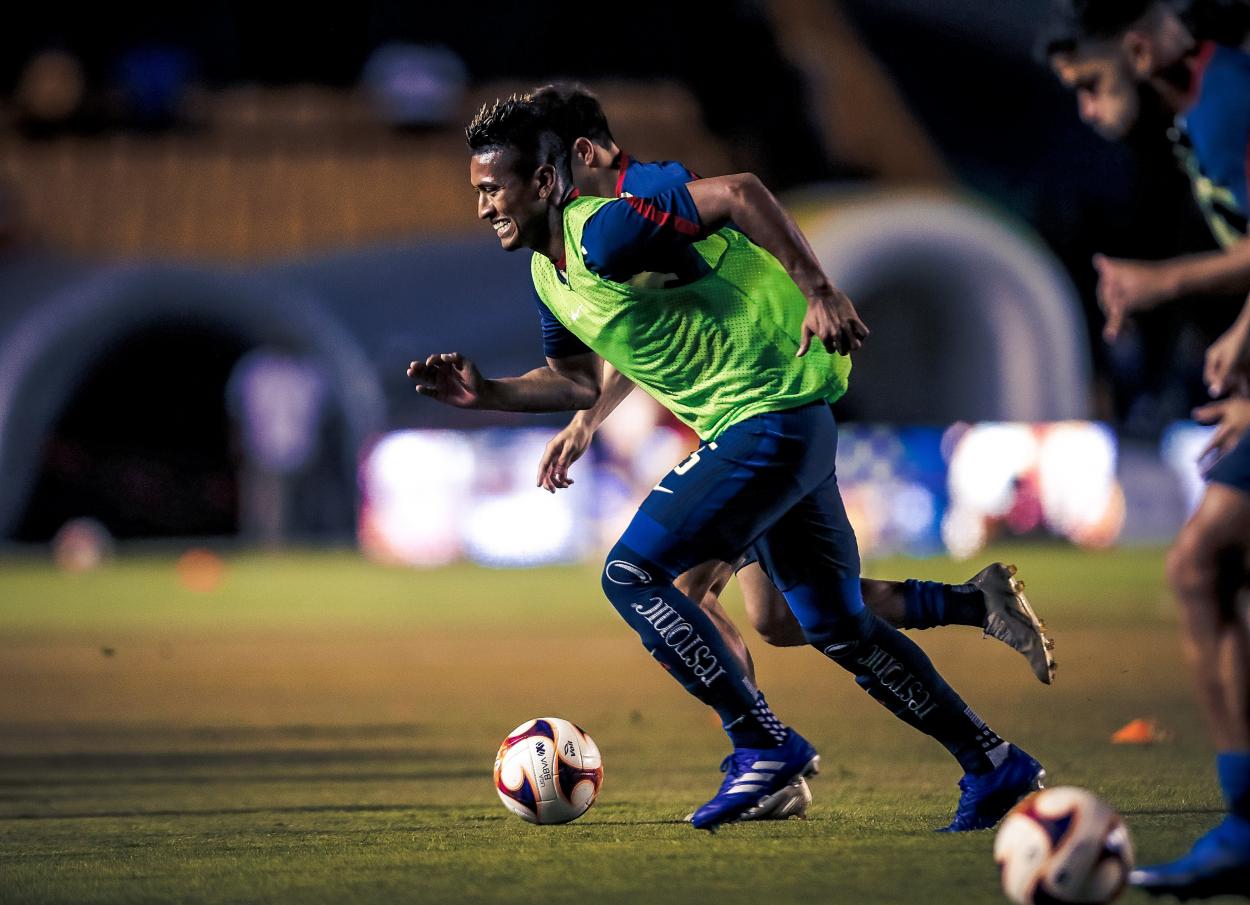 The Tigres are already warming up on the field 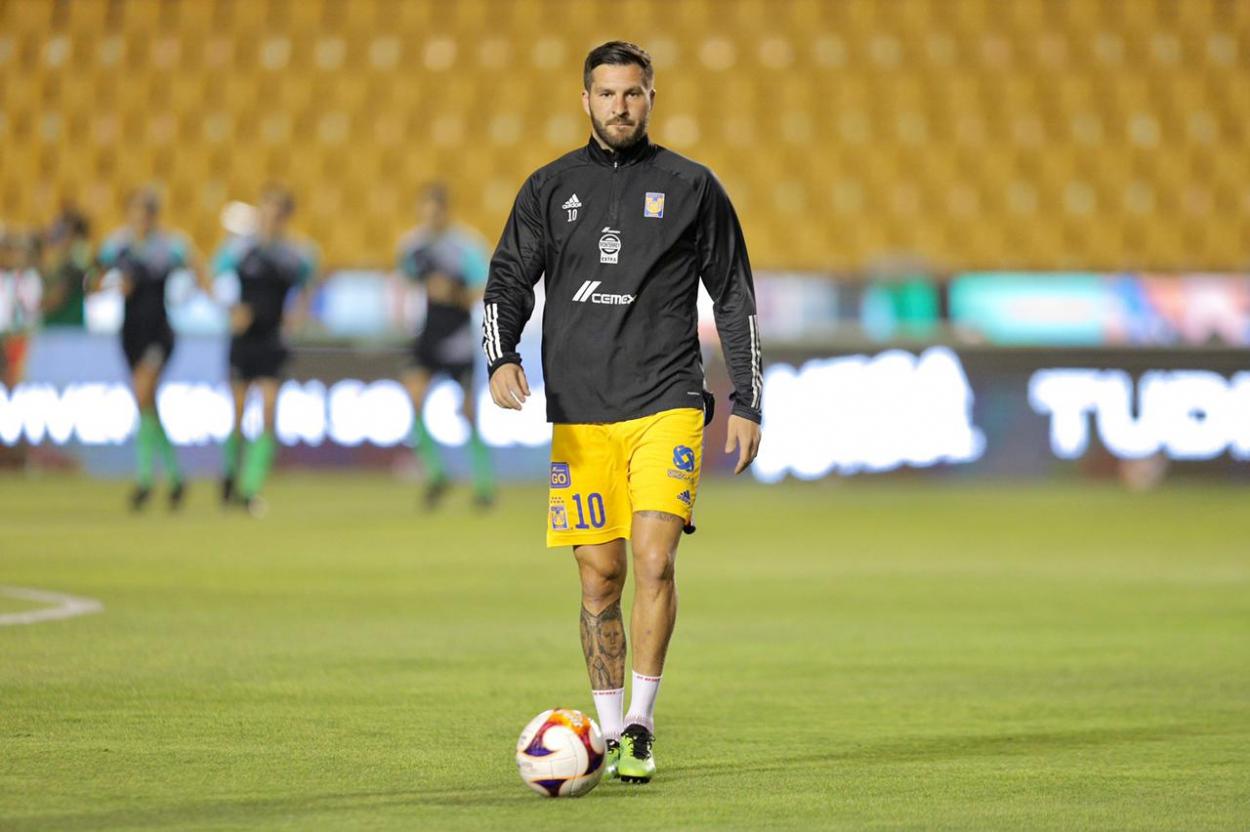 Last weekend, the Águilas beat Necaxa 2-1, and in midweek they beat Olimpia by the same score in the Concachampions.
8:38 PMa month ago

Tigres are coming off a 1-0 win over Querétaro, having not won as visitors since date 3.
8:35 PMa month ago

Beauty returns to the rostrum 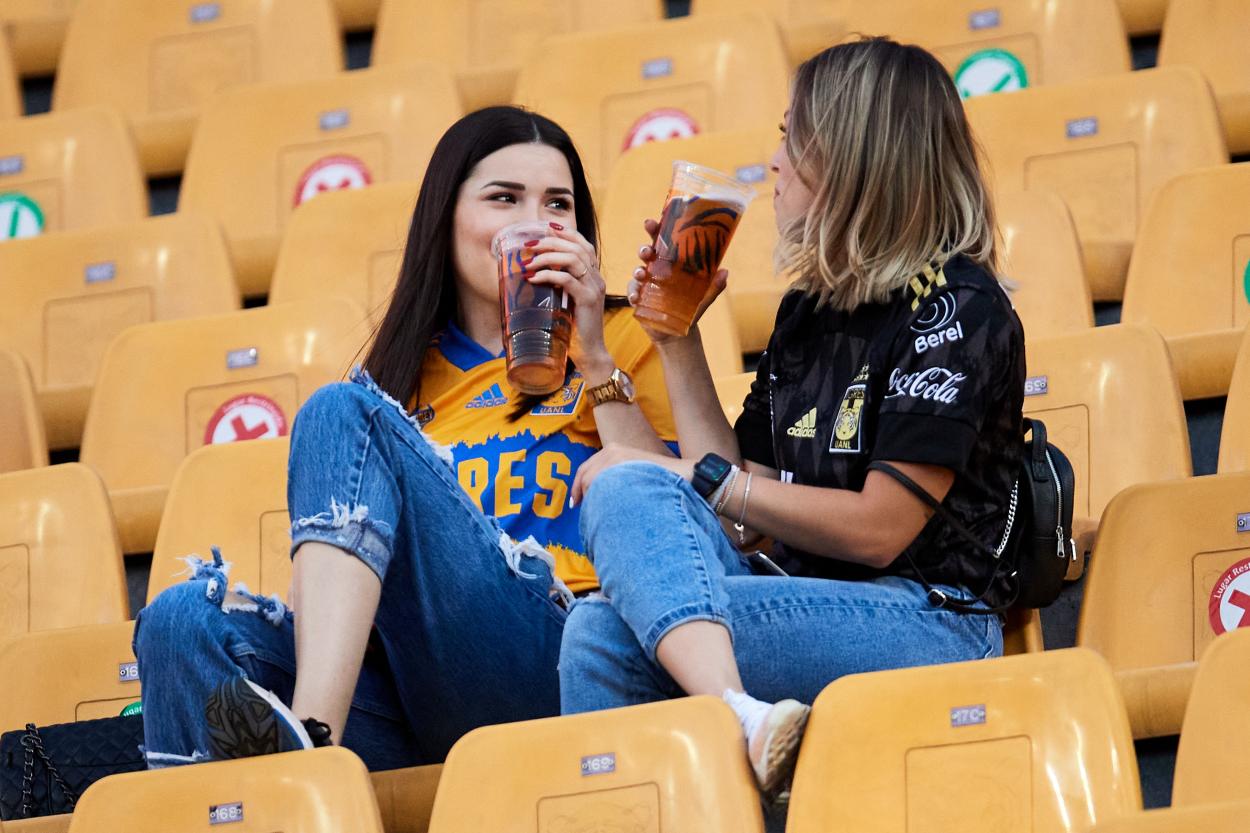 In the absence of Chaka, Aldo Cruz will make his debut as a starter for Ricardo Ferretti's team.
8:31 PMa month ago

This is what the Estadio Universitario looks like minutes before kickoff. 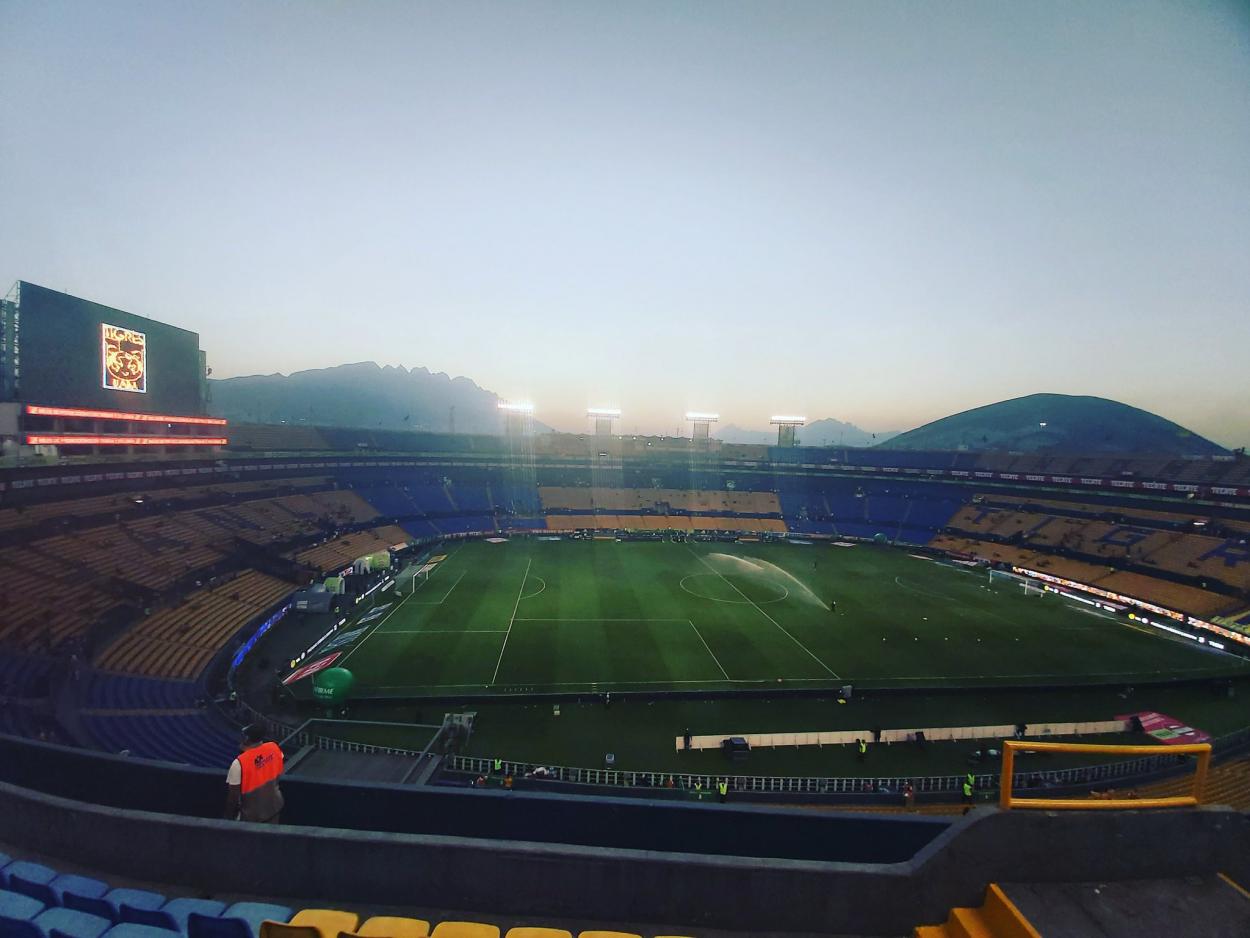 Fans are returning to the Volcan, as the pandemic situation in Nuevo Leon has improved with a decrease in cases in recent months. 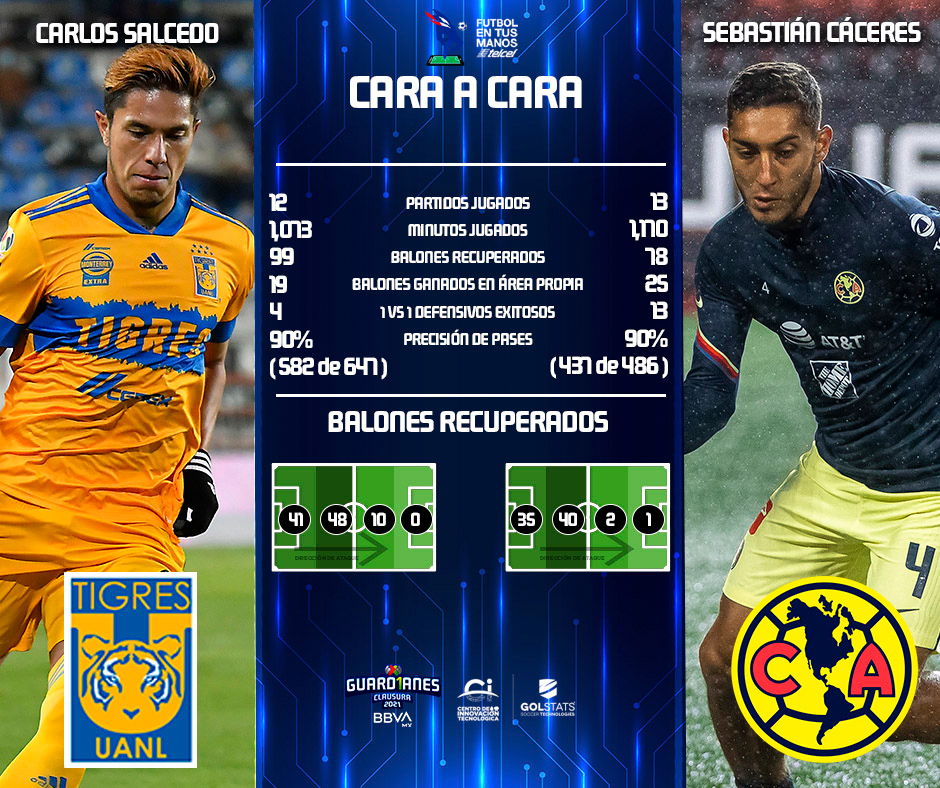 La Liga highlights Diego Reyes as a player to watch, recalling that he has established himself in the back line of Ricardo Ferretti's team. 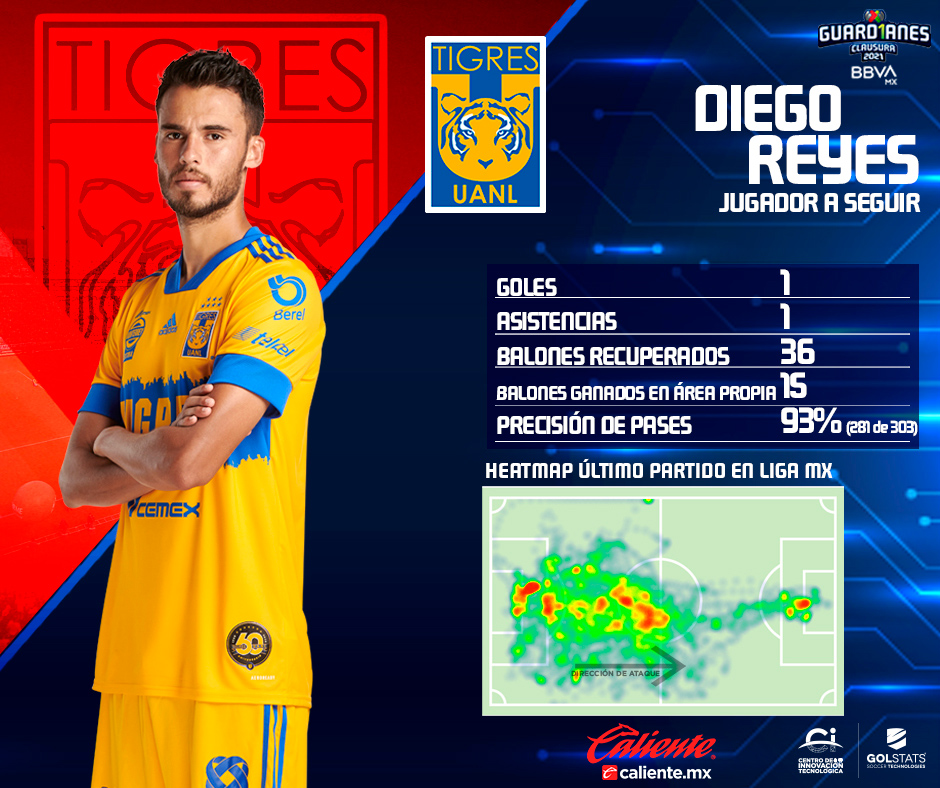 They will wear the yellow and blue uniform.

How the Tigers arrived

From all over Mexico, América has received the support and affection of its fans. 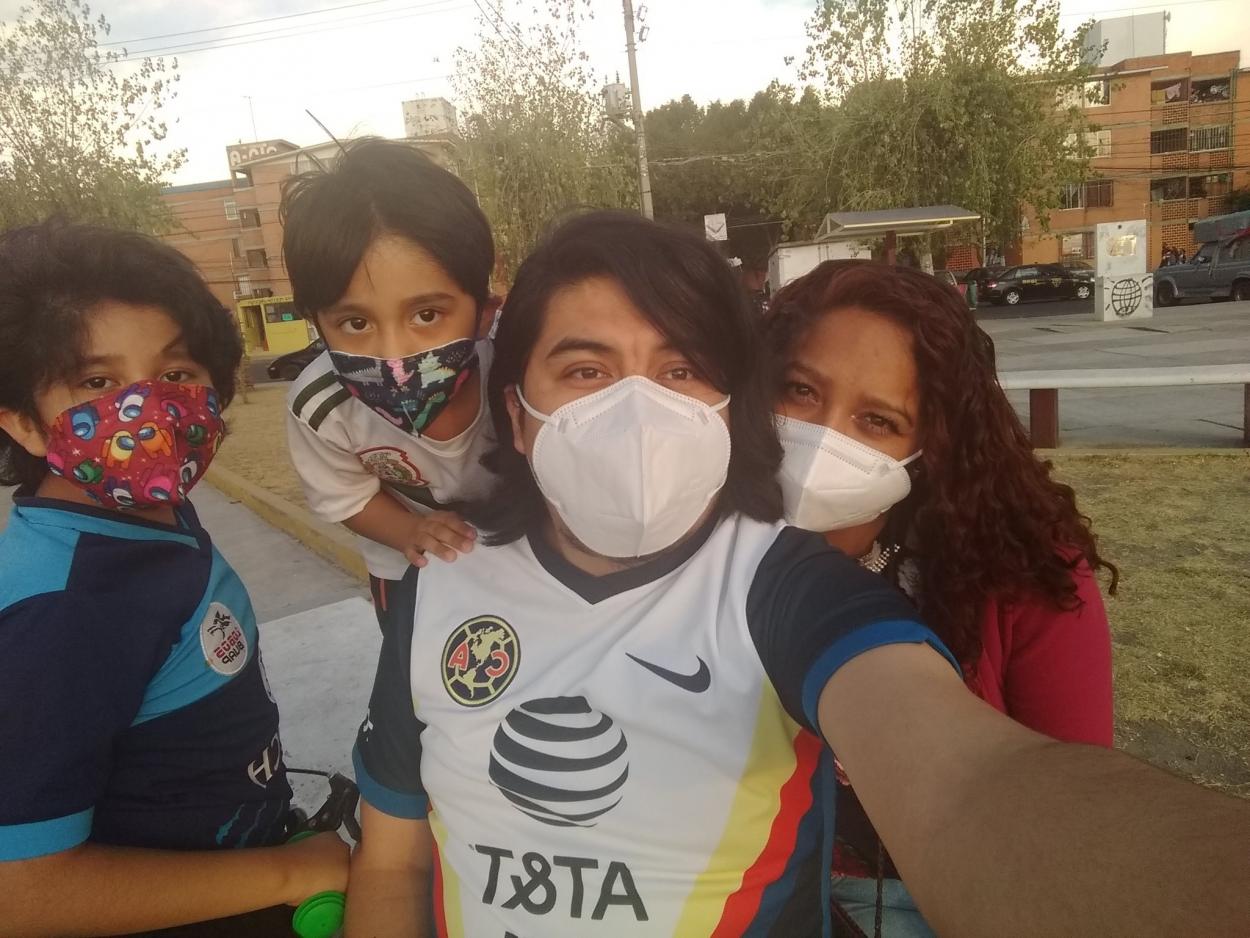 Can América return to winning ways at the Universitario? 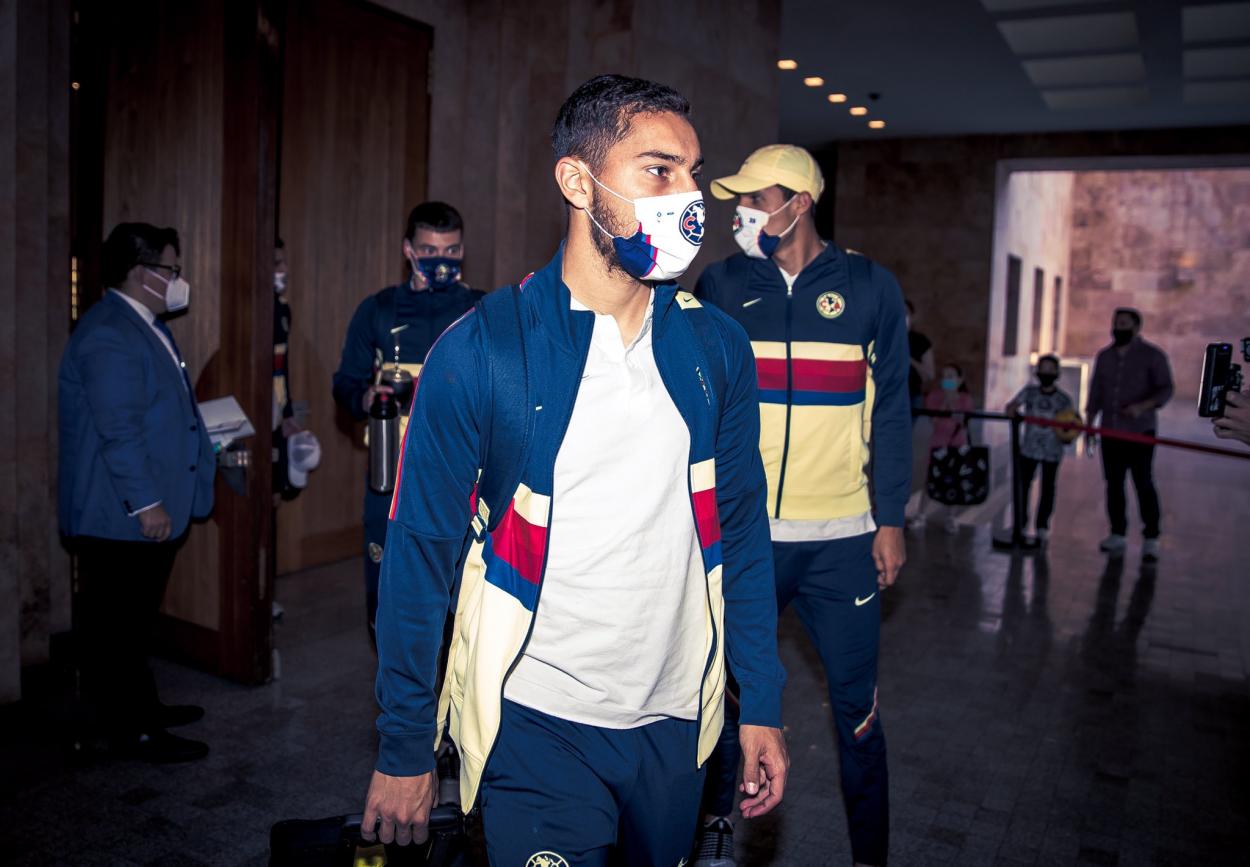 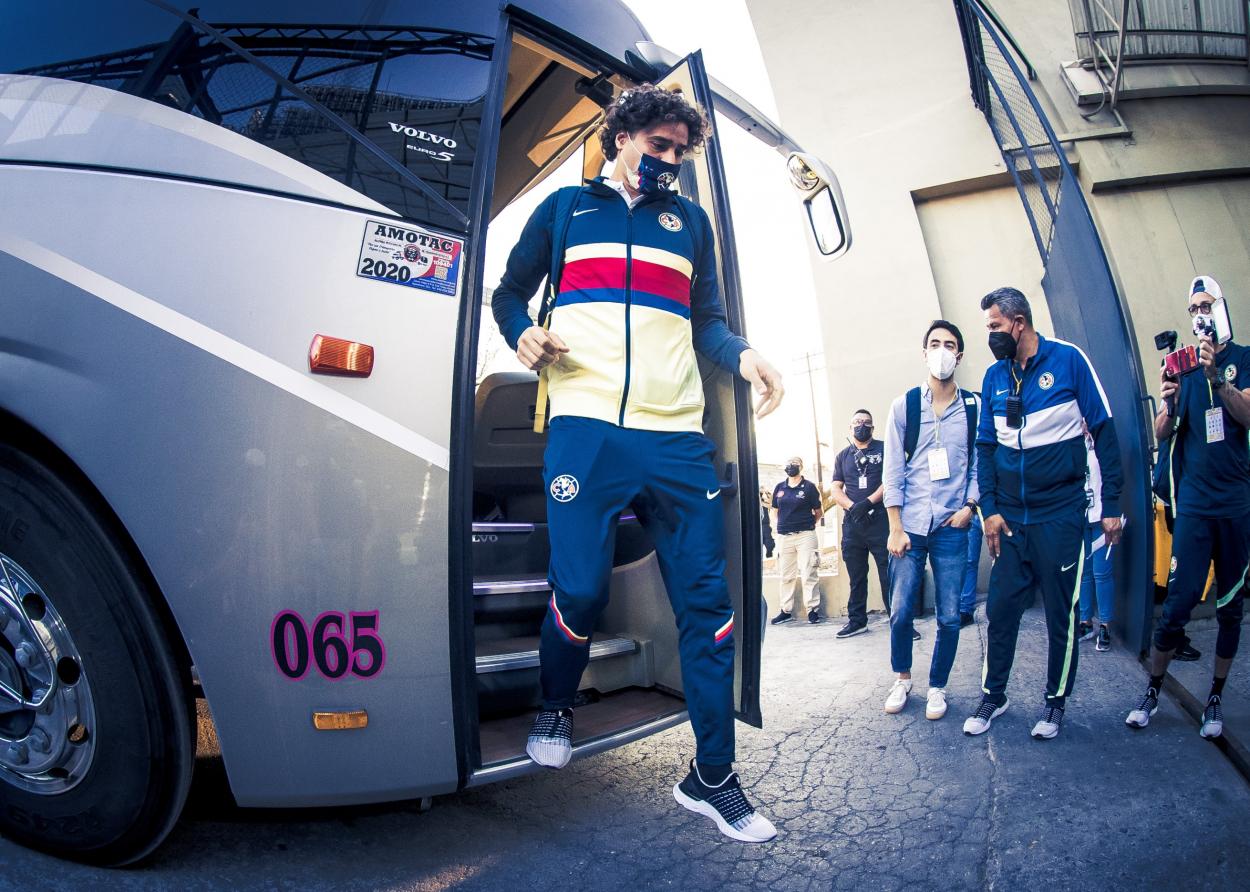 They did not do well

In the lower categories, Tigres was unable to beat América. In the Under-20s they lost 2-1 and in the Under-17s they tied 3-3. 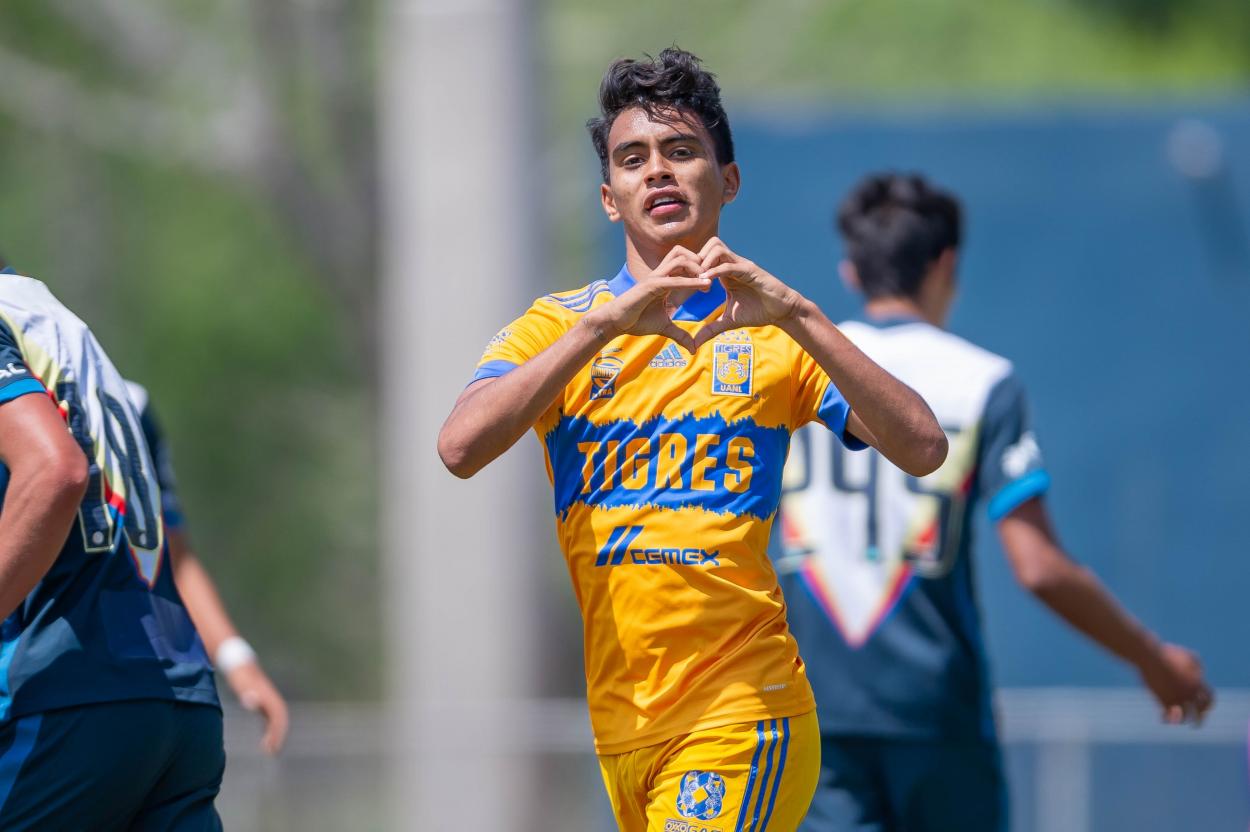 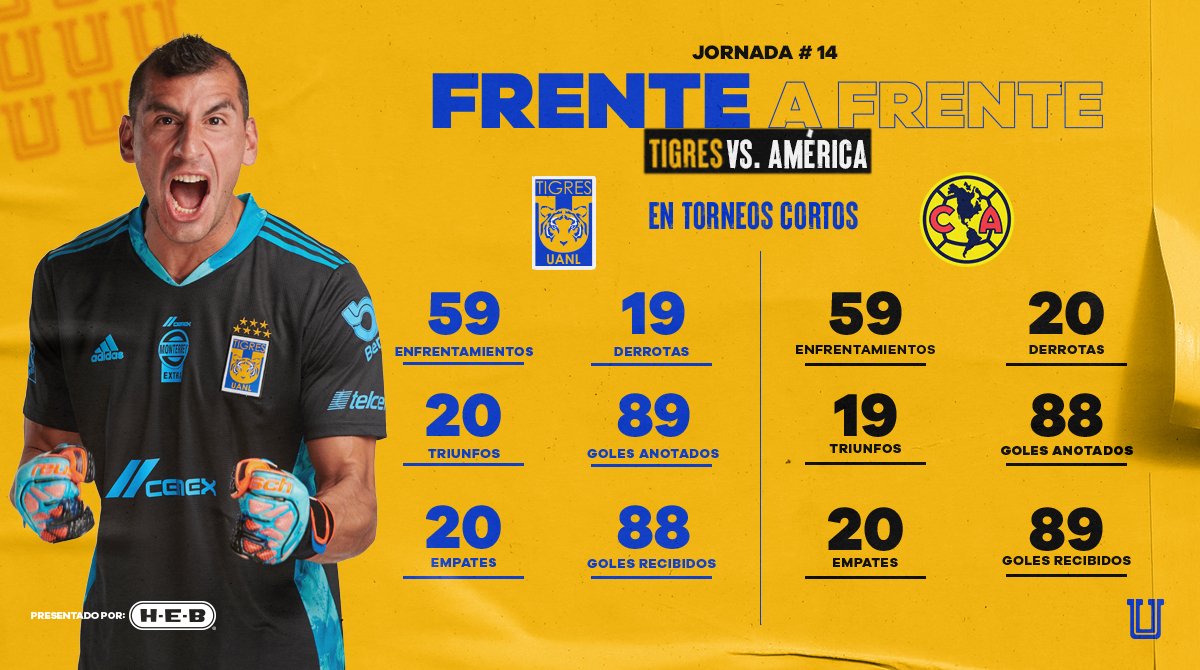 For the first time in more than a year, the Monterrey fans will return to the Universitario for a truly great game. 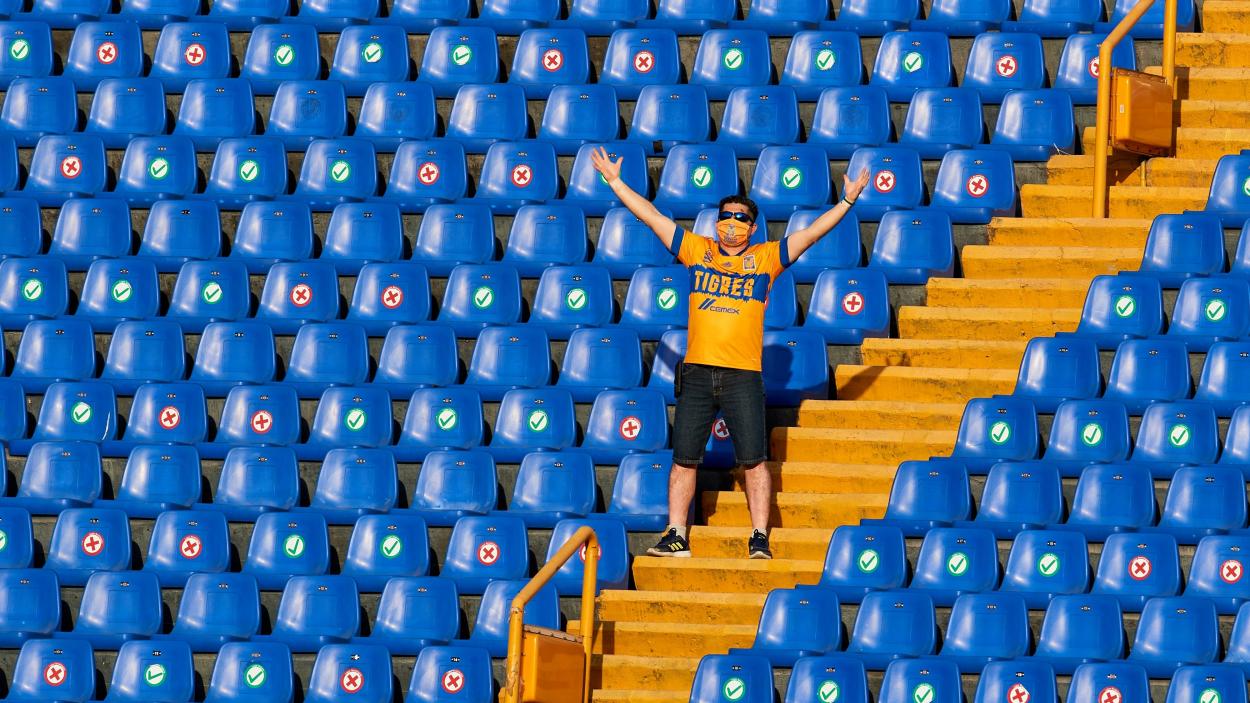 Tigres will once again have fans in the stands when they take on América, in a duel of the most winning teams of the last decade. We begin.
3:19 PMa month ago

Do not miss a detail of the match with the live updates and commentaries of VAVEL. Follow along with us all the details, commentaries, analysis and lineups for this Tigres vs America match.
3:14 PMa month ago

The Azulcremas have the advantage in their last five visits, recording two wins, two draws and one defeat, which came since the 2017 Apertura. 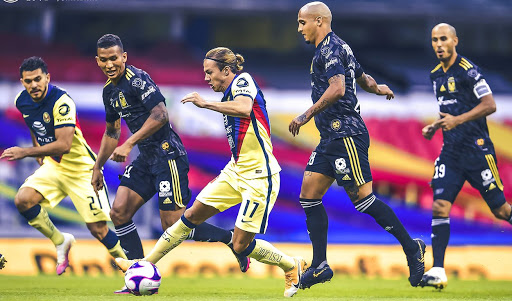 How to watch Tigres vs America Live TV and Stream

The Spaniard Álvaro Fidalgo has fit perfectly into Santiago Solari's scheme, where he has become a protagonist of the Azulcrema midfield and has been a key player in the opponent's goal. 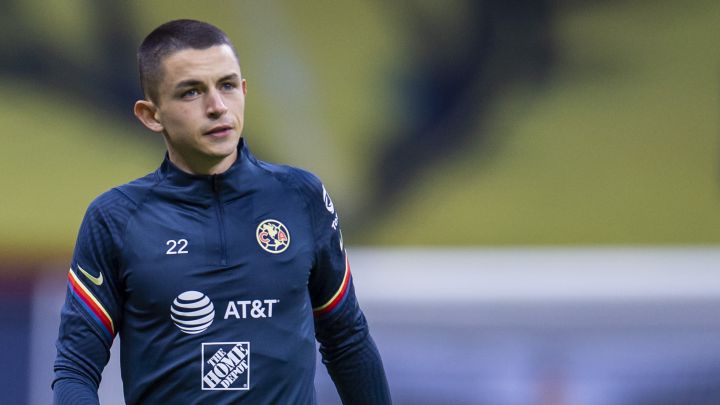 He has only scored two goals in the tournament, but the Frenchman, Andre-Pierre Gignac, can never be overlooked, as he can react at any moment to continue increasing his goalscoring quota with the club. 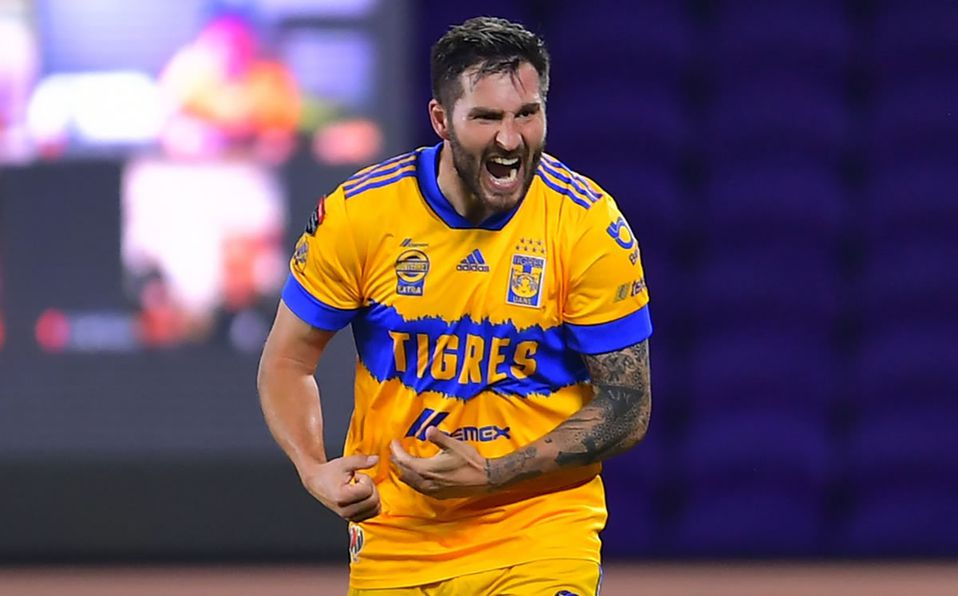 Referee for Tigres vs América

The referee for Tigres vs America will be Cesar Arturo Ramos Palazuelos.
2:49 PMa month ago

America: keeping pace with the leaders

One of the most important tests for the Azulcremas in the championship will take place this Saturday when they visit the felines, with the aim of not distancing themselves from Cruz Azul at the top of the championship.
2:34 PMa month ago

Tigres: to bring joy to their fans

For the first time in over a year, the felines will once again be able to count on their fans and will be looking to win again at home to give them some joy and, at the same time, move towards requalification.
2:29 PMa month ago

The Tigres vs America match will be played at the stadium Universitario, in Nuevo Leon. The kick-off is scheduled at 10:05pm ET.
2:24 PMa month ago

Welcome to VAVEL.com’s LIVE coverage of the 2021 Liga MX match: Tigres vs America!