Thank you for following this match on VAVEL USA! Until the next time.
11:19 PMa month ago

This was the final goal

GOAL PUEBLA! With no goalkeeper, Salvador Reyes scores from 3/4 of the field.
10:53 PMa month ago

The referee adds six more minutes to the match.
10:53 PMa month ago

PACHUCA IS CLOSER! Figueroa gets into the area and sends in a cross, but Silva and Segovia manage to keep it out for a corner kick.
10:51 PMa month ago

The referee decides to caution Francisco Figueroa after checking the VAR.
10:48 PMa month ago

The referee goes to the VAR to check a possible red card for Francisco Figueroa.
10:45 PMa month ago

Anthony Silva makes a save after a shot by Roberto De la Rosa. Puebla is saved.
10:43 PMa month ago

Puebla: George Corral leaves injured and Emanuel Gularte enters. Omar Fernandez is out and Amaury Escoto is in.
10:37 PMa month ago

This was Puebla's second goal

Puebla misses! Missed shot by Javier Salas from the center of the area who had been left alone.
10:16 PMa month ago

Pachuca is closer! De la Rosa looked for Ismael Sosa in the area, but Segovia crossed to send the ball for a corner kick.
10:15 PMa month ago

The second half begins!
9:49 PMa month ago

The first half has finished! Pachuca 0-1 Puebla.
9:49 PMa month ago

Medical assistance enters the field to attend to Erick Aguirre.
9:48 PMa month ago

The referee adds two more minutes to the first half.
9:46 PMa month ago

PUEBLA IS CLOSER! Corral's cross into the small area, but Ustari cuts and prevents Tabo from connecting with the ball. Pachuca is saved.
9:38 PMa month ago

Mosquera's cross looked for Nurse, but Silva made a good save with his fists and Pachuca missed an opportunity to score.
9:37 PMa month ago

First half hour of the match and Pachuca already has possession of the ball and is more insistent in the area.
9:30 PMa month ago

Another shot outside by Corral that passes close to the Pachuca's goal.
9:26 PMa month ago

A dangerous cross into the area, but no Pachuca's player is able to connect and they miss a good scoring opportunity.
9:24 PMa month ago

A light rain is starting to fall at the Hidalgo Stadium. This has caused some mistakes in the passes.
9:14 PMa month ago

Tabor's attempts a shot from outside the area, and it passes very close to Ustari's goal. Puebla close to the second goal.
9:12 PMa month ago

First ten minutes of the match and both teams have reached the opponent's area constantly.
9:05 PMa month ago

The match has started!
8:33 PMa month ago 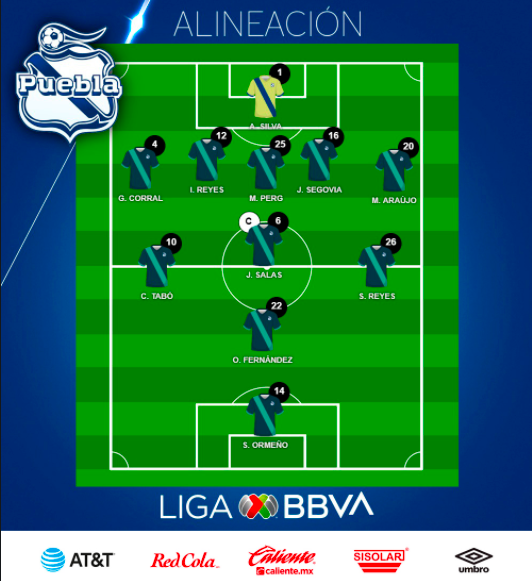 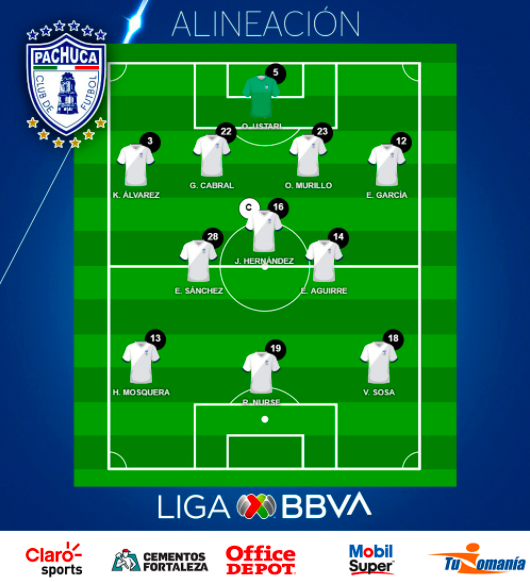 With the proper hygiene protocols, the fans are already at the Hidalgo Stadium. 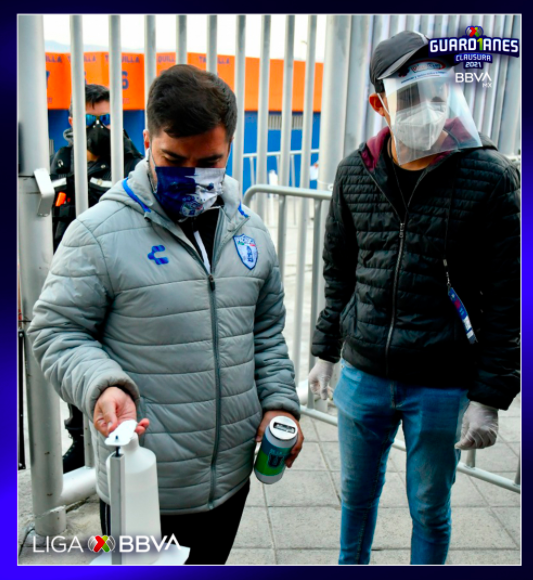 In the last five matches between these two teams, Pachuca has won four times and tied once. Puebla has not beaten the Tuzos since 2015.
8:07 PMa month ago

The Miguel Hidalgo Stadium will host this match between Pachuca and Puebla. Inaugurated on February 14, 1993, it has a capacity for just over 30,000 spectators.
8:00 PMa month ago

Do not miss a detail of the match with the live updates and commentaries of VAVEL. Follow along with us all the details, commentaries, analysis and lineups for this Pachuca vs Puebla match.
7:55 PMa month ago

How to watch Pachuca vs Puebla Live TV and Stream

Santiago Ormeño | The current top scorer of the Puebla team with eight goals, will be looking to increase his team's goal tally and to follow in Funes Mori's footsteps, who is the current goal-scoring leader with nine goals.
7:45 PMa month ago

Roberto De la Rosa | With two goals in the tournament, this youth player is one of the most active in the Blue and Whites' offensive line.
7:40 PMa month ago

Puebla has been one of the surprises of this Guard1anes 2021 and is currently one win away from fourth place. Larcamon's men have played a convincing offensive game and although they do not have the best away record, they have been an uncomfortable opponent throughout the tournament. In their most recent encounter, Puebla won 3-1 against Mazatlan and are in fifth place after five wins, five draws and three defeats.
7:20 PMa month ago

Pachuca has stepped up the pace in the last half of the tournament and has now gone five games without defeat. Thanks to this rebound, the Tuzos are now in the playoff race and are looking to secure their place in the final stretch. Pezzolano's team let the three points slip away in the last match against Pumas after leading 2-0, but in the final minutes, the UNAM team managed to tie the game at two goals. Pachuca is in twelfth place with 14 points after three wins, five draws and five defeats. 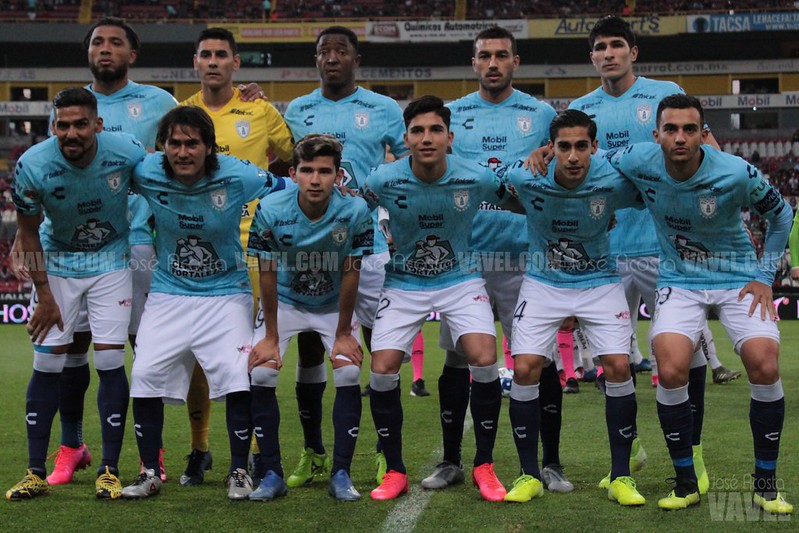 The Pachuca vs Puebla match will be played at the stadium Miguel Hidalgo, in Pachuca, Mexico. The kick-off is scheduled at 10:05 pm ET.
7:10 PMa month ago

Welcome to VAVEL.com’s LIVE coverage of the 2021 Liga MX: Pachuca vs Puebla.