Thank you for following the Santos vs Toluca matchday 15 of the Guard1anes 2021 tournament.
8:59 PMa month ago

With Monterrey still to play, Santos climbed to fourth place and lengthened Toluca's crisis, which has not been able to get back on track.
8:58 PMa month ago

Baeza is cautioned.
8:52 PMa month ago

Rigonato is sent off by the VAR.
8:46 PMa month ago

The VAR will review the play for a possible red card.
8:44 PMa month ago

Rigonato was cautioned for a foul just outside the box.
8:40 PMa month ago

A diagonal shot from behind that Prieto sends over the top of the goal.
8:39 PMa month ago

Violante with a header that hits the goalkeeper's hands.
8:36 PMa month ago

Violante enters the field and Yrizar leaves for Toluca.
8:34 PMa month ago

Canelo's cross shot is placed in the net for the goal.

Aguirre had a chance to score the fourth, but García made a good save.
8:25 PMa month ago

Baeza's shot from half distance goes wide.
8:24 PMa month ago

Isijara's shot is blocked by García with his legs and avoids the fourth.
8:15 PMa month ago

Juan Otero takes advantage of the rebound and puts it in the corner for the 3-0.

Dangerous cross from Canelo that goes all the way across the box and ends up in the corner.
8:09 PMa month ago

The second half begins between Santos and Toluca.
7:52 PMa month ago 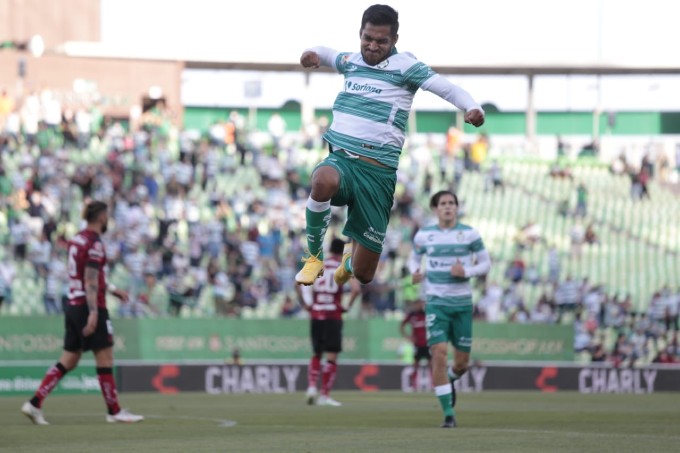 Barbieri is cautioned after a hard foul.
7:48 PMa month ago

Preciado's direct free kick from distance is controlled by García with a two-timer.
7:44 PMa month ago

Otero's shot from half distance goes high.
7:36 PMa month ago

The ball bounces off Salinas and ends up flying out of the goal.
7:35 PMa month ago

Sambueza is fouled and there will be a direct free kick.
7:31 PMa month ago

Isijara's shot at the near post is saved with some trouble by Luis García.
7:29 PMa month ago

Yrizar unmarked ended up flying it past Acevedo.
7:27 PMa month ago

Yrizar's long cross from Yrizar is long for Estrada in the area.
7:26 PMa month ago

Yrizar's shot from half distance was saved by Acevedo.
7:20 PMa month ago

Aguirre with a mid-range shot to put it in the corner. 2-0.

Rubens with a long cross that Acevedo takes without any problem.
7:15 PMa month ago

A delayed ball to Acevedo, who makes a timely grab when Canelo was already on the prowl.
7:15 PMa month ago

Canelo's header to the near post and the ball passes close to the right corner.
7:10 PMa month ago

Aguirre's header to open the scoring on a corner kick.

Santos and Toluca take the field in Liga MX protocol.
6:58 PMa month ago

In a few minutes, action will begin between Santos Laguna and Toluca.
6:54 PMa month ago 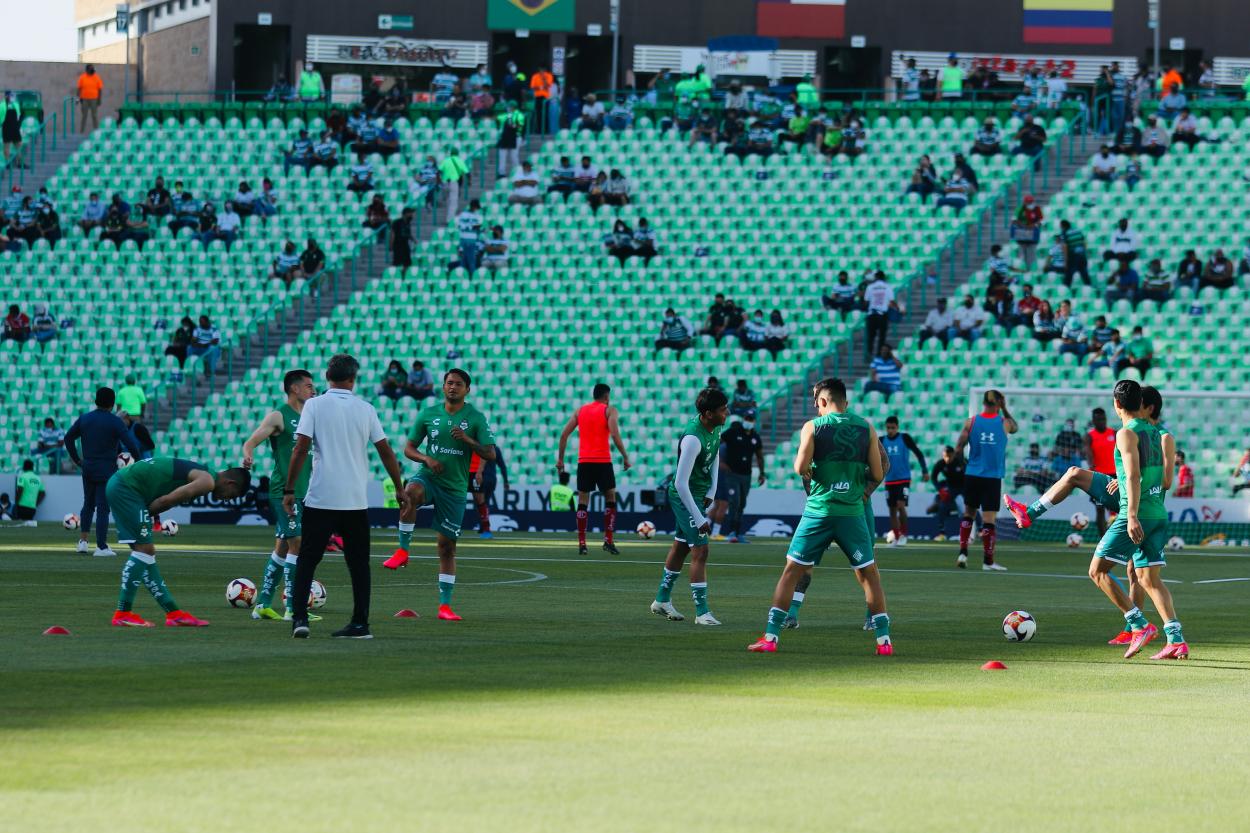 Santos and Toluca fans will be present in the stands to support their team. 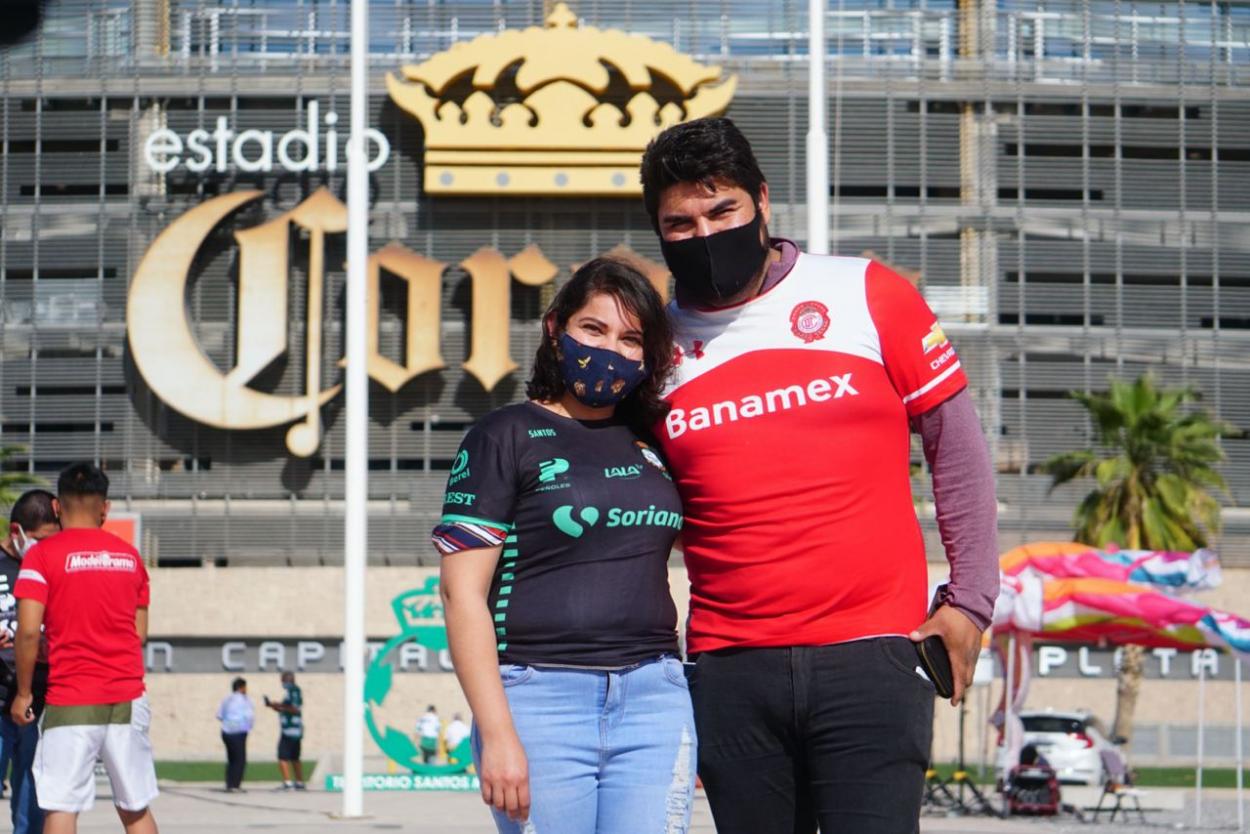 Muñoz will be a starter today and will also be fighting to be one of those called up for the Olympic Games.
6:40 PMa month ago

These are the substitutes for Santos Laguna:

Toluca is already warming up

Toluca, in case of winning...

If the Diablos were to win, they would be in fifth place, the same position currently occupied by their opponents.
6:26 PMa month ago

Santos, in case of winning...

It would remain in fifth place, but would do so with 25 points and would compete with both Puebla and Monterrey for a ticket to the semifinals.
6:21 PMa month ago

The power of Toluca 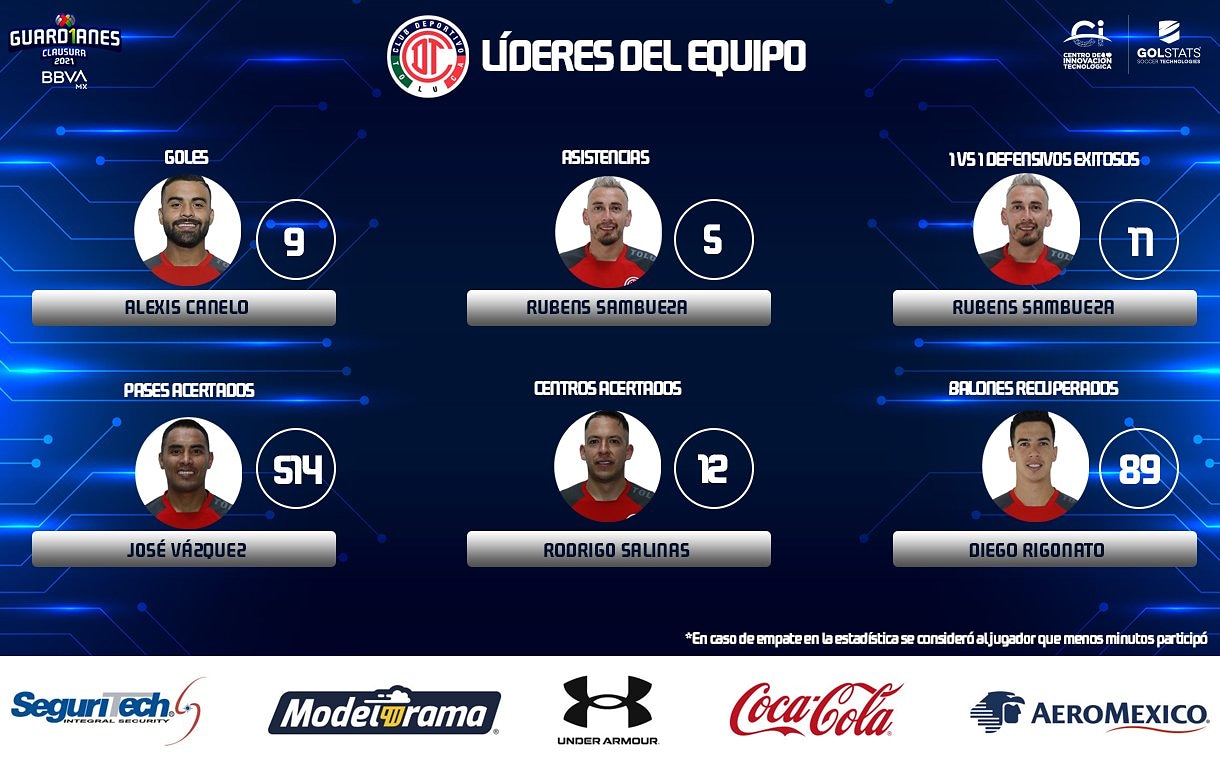 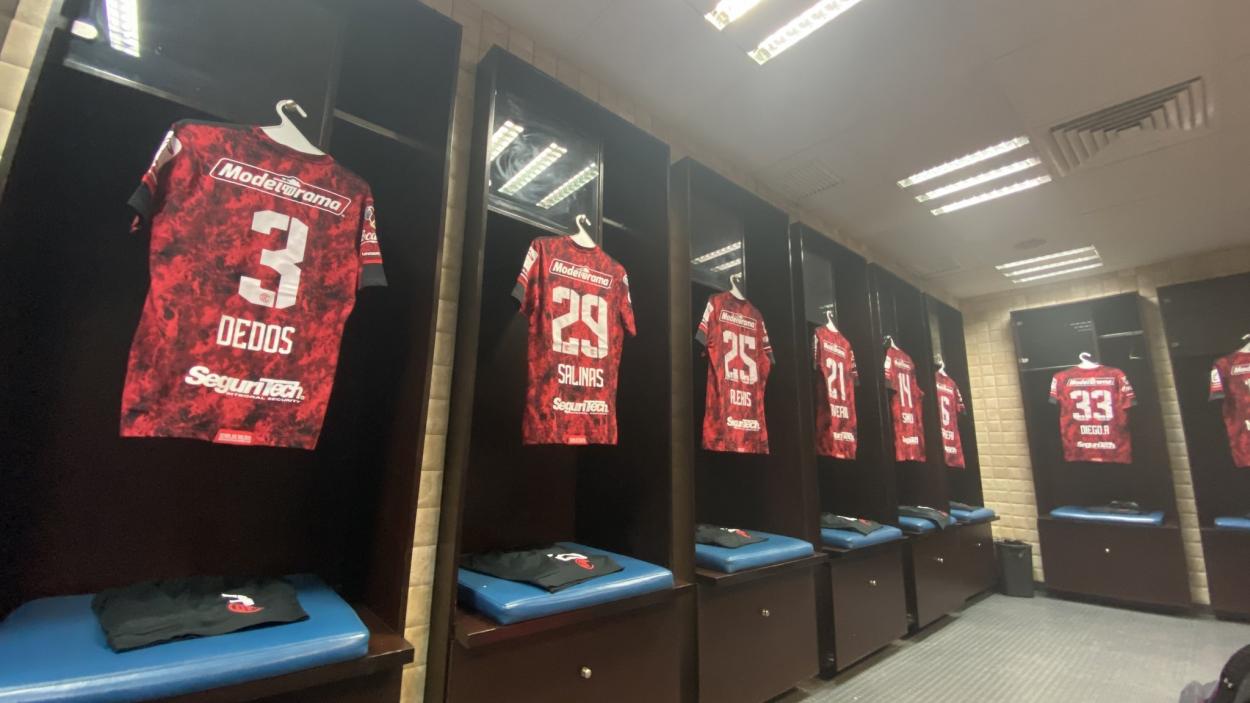 How decisive will Rubens be this afternoon? 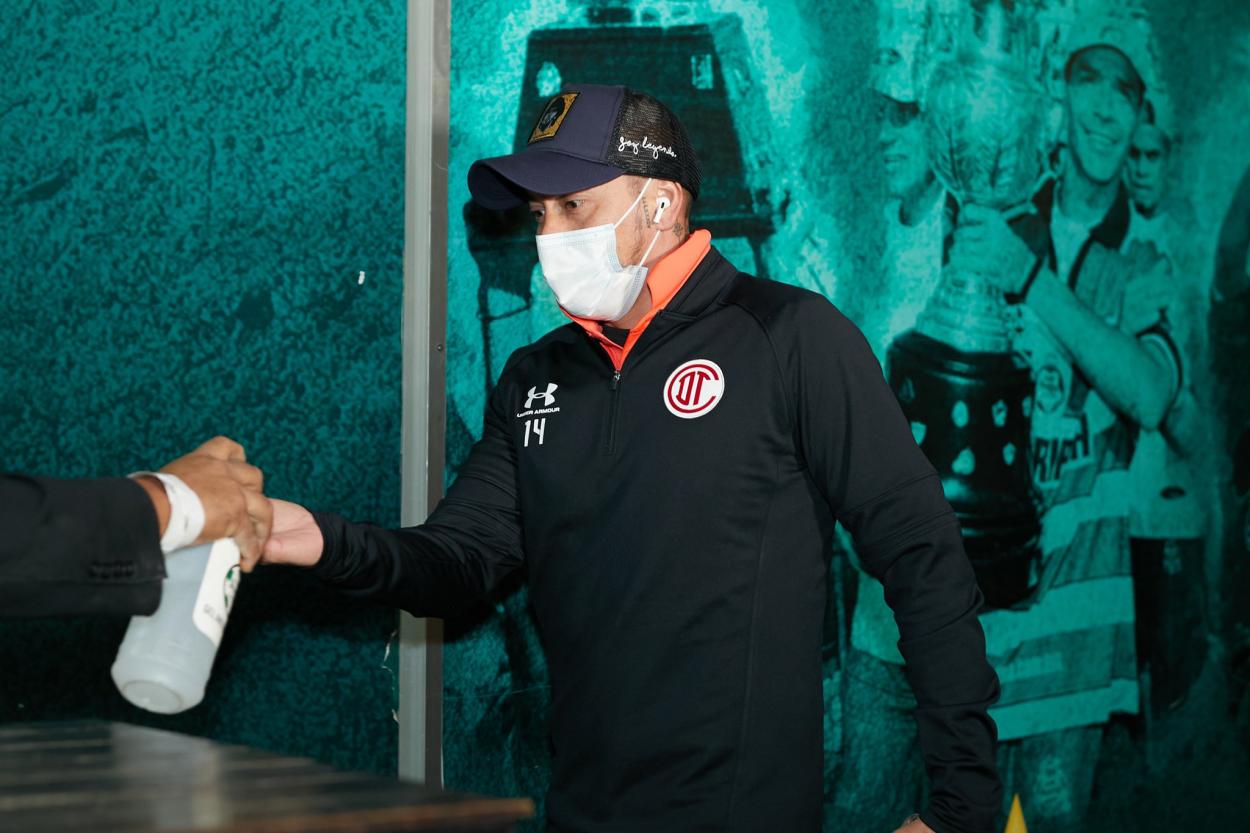 The Devil is here, Cristante is here 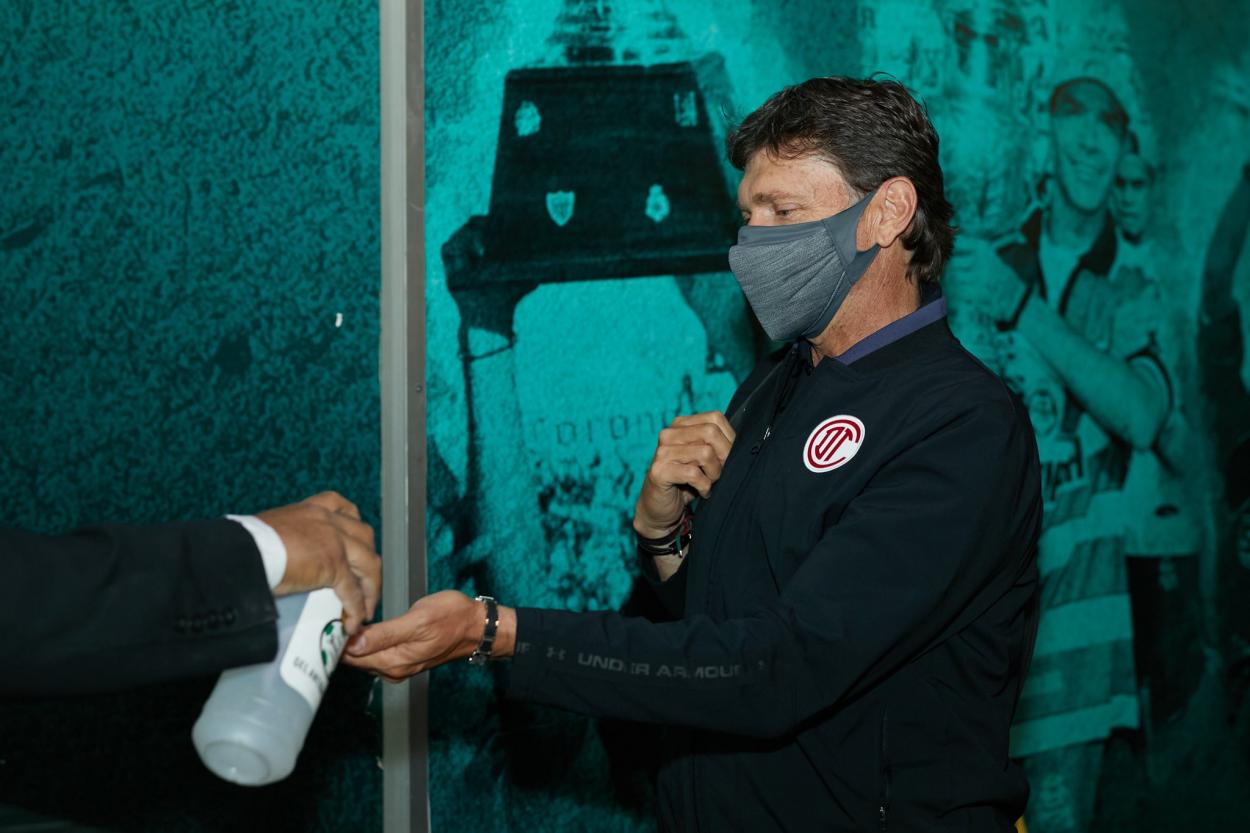 Toluca have not won since defeating Toluca and have remained in the middle of the table, where they have already jeopardized their passage to the next round.
6:04 PMa month ago

They ask for their welfare

It was reported today that former Santos and Cruz Azul player Denis Caniza is in serious condition due to Covid, and the La Laguna team sent him their best wishes.

Santos has gone three games without a win and has barely earned a point, which has left them in fifth place with 22 points.
6:01 PMa month ago

Santos has arrived at the stadium 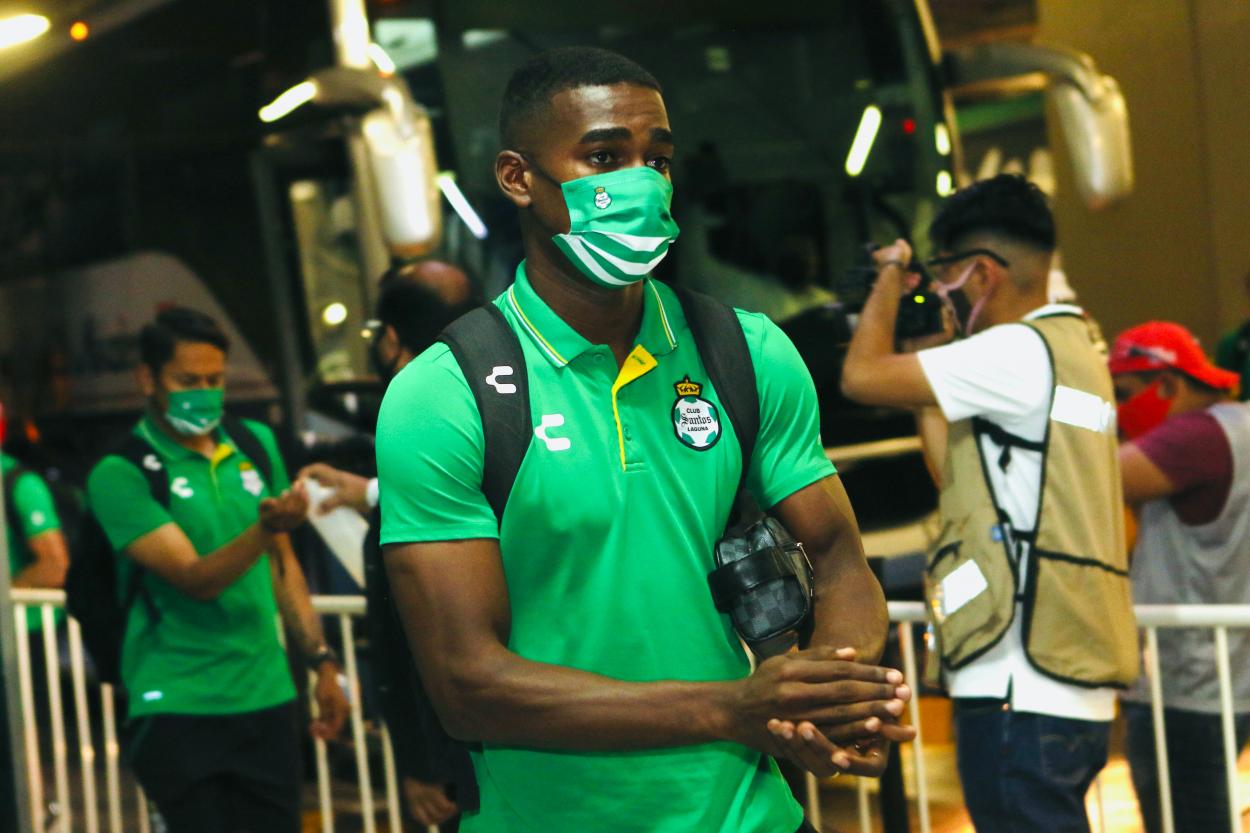 Santos and Toluca have a lot at stake this afternoon where the winner will be very close to the goal of securing the home game in the re-qualification. We begin.
2:03 PMa month ago

Do not miss a detail of the match with the live updates and commentaries of VAVEL. Follow along with us all the details, commentaries, analysis and lineups for this Santos Laguna vs Toluca match.
1:58 PMa month ago

Santos has the advantage in the last five games in Torreon with two wins, two draws and only one loss. 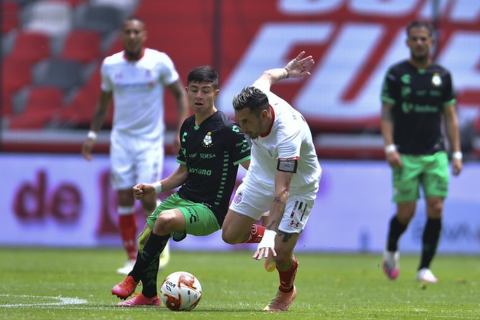 How to watch Santos Laguna vs Toluca Live TV and Stream

If you want to watch the game on TV, your options is: Fox Deportes.

Although he is on top of the scoring charts with nine goals, Alexis Canelo has only scored one in the last five games and will have to appear if the Diablos want to get a good result. 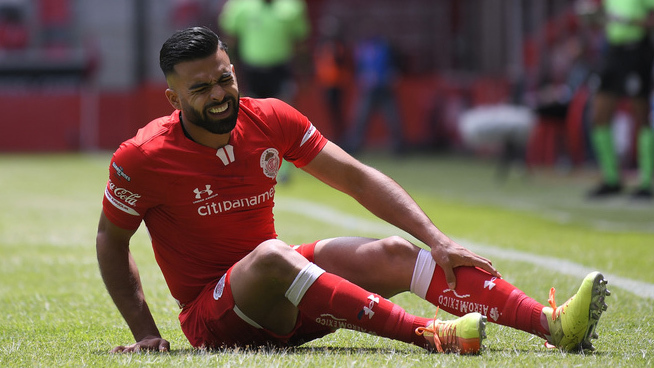 Carlos Acevedo has been a key factor for the good performance of the Warriors, as he has made important saves that have meant points for his team. 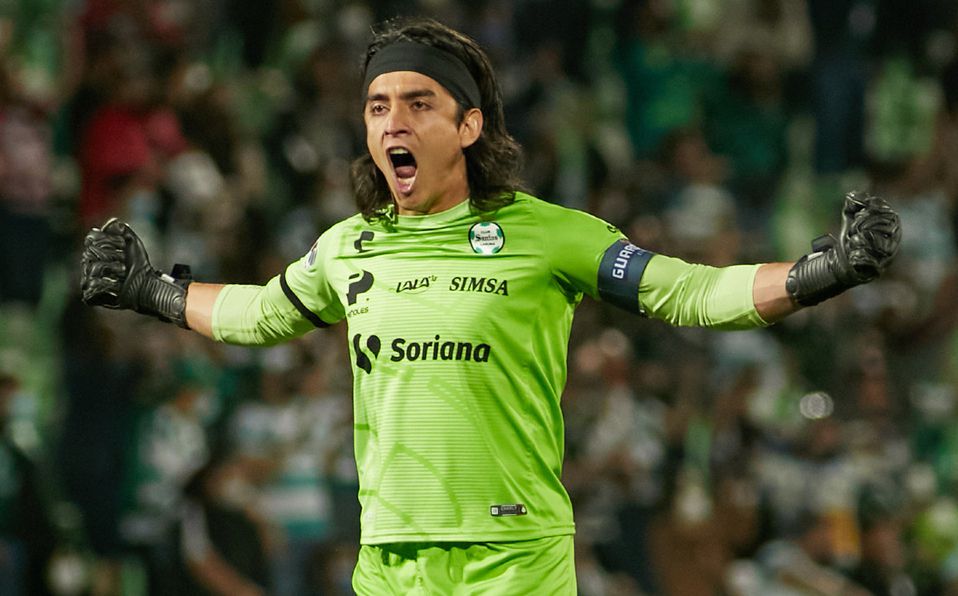 Referee for Santos Laguna vs Toluca

The referee for Santos Laguna vs Toluca will be Luis Enrique Santander.
1:33 PMa month ago

Toluca: back to winning ways

With one win in their last seven games, Los Diablos urgently need a victory to regain confidence and consolidate their place in the top eight.
1:18 PMa month ago

Santos: Consolidate their place in the top four

After two consecutive visits where they failed to win, Santos will be looking to get back to winning ways to try to get into the top four of the championship.
1:13 PMa month ago

The Santos Laguna vs Toluca match will be played at the stadium TSM Corona, in Torreón. The kick-off is scheduled at 8pm ET.
1:08 PMa month ago