Thank you for following the León vs Querétaro broadcast for the last day of the guard1anes 2021 tournament.
7:03 PM7 months ago

León won to reach 26 points and now awaits defeats by Monterrey and Santos in order to secure fourth place overall.
7:01 PM7 months ago

Silveira's shot is saved by Cota and sent to a corner.
6:55 PM7 months ago

Rodríguez leaves the field injured and is replaced by Mosquera.

Mena is replaced by Godínez.

Da Costa's header from a corner goes over the top of the goal.
6:46 PM7 months ago

Campbell takes ages to hit it and it ends up bouncing off his hand.
6:41 PM7 months ago

Joel Campbell's cross from Joel Campbell goes all the way across the box and into the side netting.
6:39 PM7 months ago

Moment of rehydration in the second half.
6:33 PM7 months ago

Goal disallowed to Meneses for a previous offside.
6:31 PM7 months ago

Sepúlveda's bicycle kick cross is finished off by Doldán to make it 2-1.

Goal León.
Mena again scored from the penalty spot, but this time into the corner to make it 2-0.
6:26 PM7 months ago

Penalty on Mena when he fell inside the area.
6:23 PM7 months ago

Long pass from Silveira to Sepulveda that goes wide.
6:20 PM7 months ago

Jairo Moreno's shot from half distance goes over the goal.
6:15 PM7 months ago

Ibarra's shot from outside the area went over the goal.
6:11 PM7 months ago

Mendoza's shot hits the back of a defender and ends up in the corner.
6:09 PM7 months ago 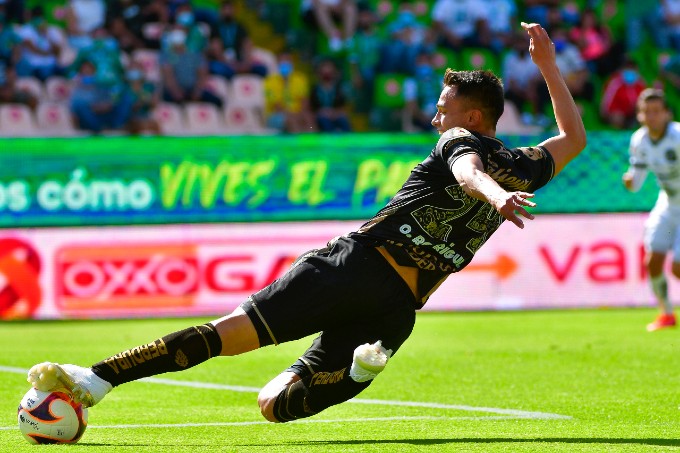 Silveira's service passed through one side.
5:48 PM7 months ago

Mena powerfully and centrally takes the penalty kick to open the scoring.

Penalty for León for a handball inside the area.
5:42 PM7 months ago

Querétaro timidly tried to press and attack, but so far without doing so dangerously.
5:35 PM7 months ago

Ambriz's outside volley shot from outside the area passes close to the goal.
5:34 PM7 months ago

Jairo Moreno's cross is saved by Alcalá.
5:31 PM7 months ago

Time of rehydration.
5:30 PM7 months ago

Mena's shot is blocked by the defense inside the six-yard box.
5:24 PM7 months ago

Vera rejects inside his own penalty area and the ball goes out near his goal. Corner kick.
5:20 PM7 months ago

Rodriguez sweeps in a cross that almost ends in an own goal.
5:17 PM7 months ago

Moreno's cross is covered by the defense and will end in a corner.
5:15 PM7 months ago

Jairo Moreno's powerful left-footed shot goes over the top of the goal.
5:12 PM7 months ago

Silveira's dangerous service is cut off by the defense at the near post.
5:10 PM7 months ago

León's first dangerous shot from González was blocked by Alcalá.
5:05 PM7 months ago

The match between León and Querétaro kicks off.
5:02 PM7 months ago

León and Querétaro take the field at this moment under Liga MX protocol.
4:56 PM7 months ago

We are just minutes away from the start of the match between León and Querétaro. Stay tuned for more details on the match.
4:50 PM7 months ago

For a place in the playoffs

Querétaro depends on itself to be in the re-qualification and for that it needs to win. Otherwise, it will give life to teams like Tijuana or Pumas.
4:47 PM7 months ago

Tough loss for the Gallos 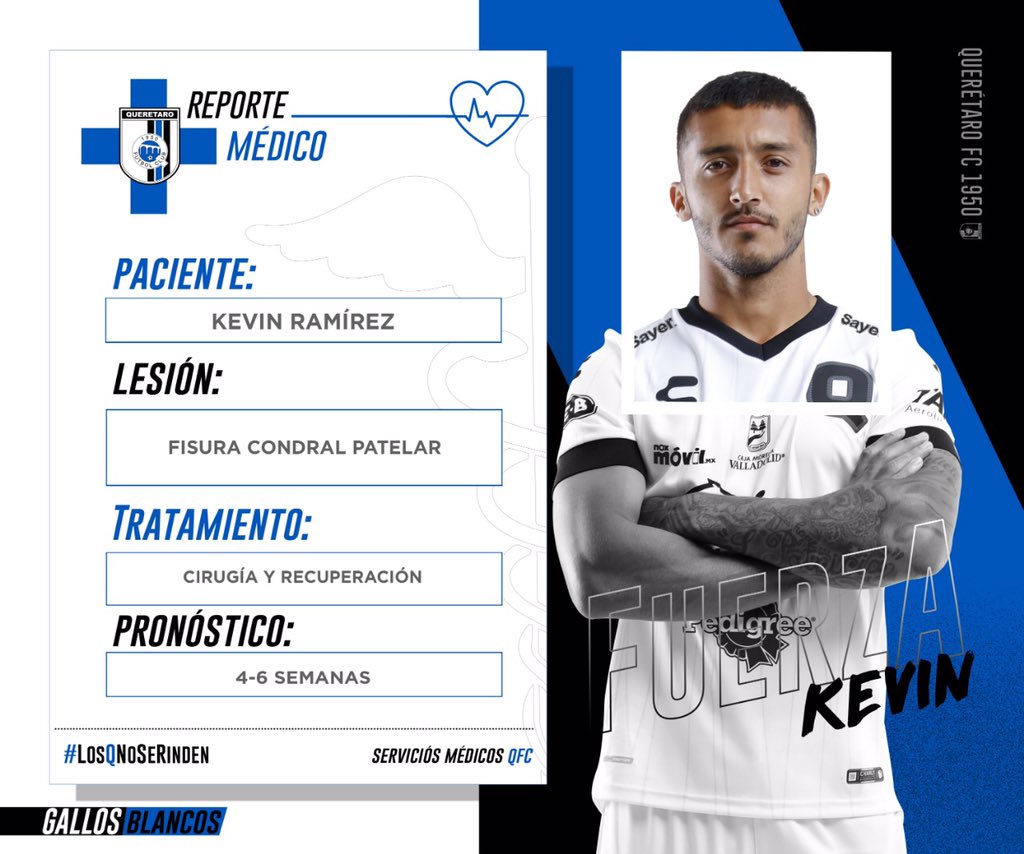 In case you missed it... This is how Querétaro arrived

León is looking for a win and to hope that Monterrey and Santos do not win in order to move into fourth place in the tournament.
4:30 PM7 months ago

This will be the last time Ambriz will lead a regular season match as León's coach.
4:25 PM7 months ago

For a secure income. León Recommendations 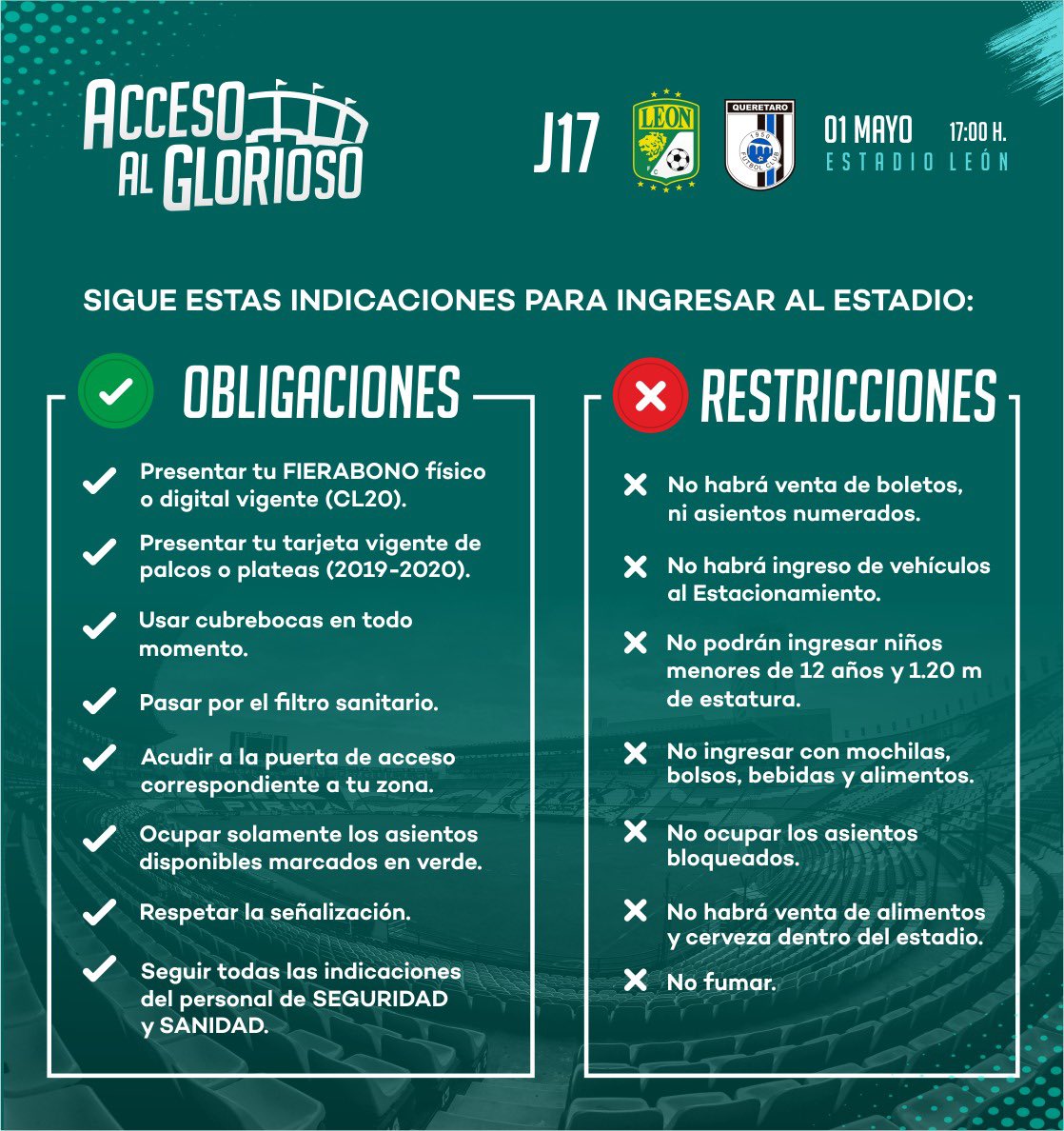 Dominance in the lower levels

León already proved that it is better in the lower categories by defeating Querétaro, remembering that both will play in the playoffs.

To continue in the defense 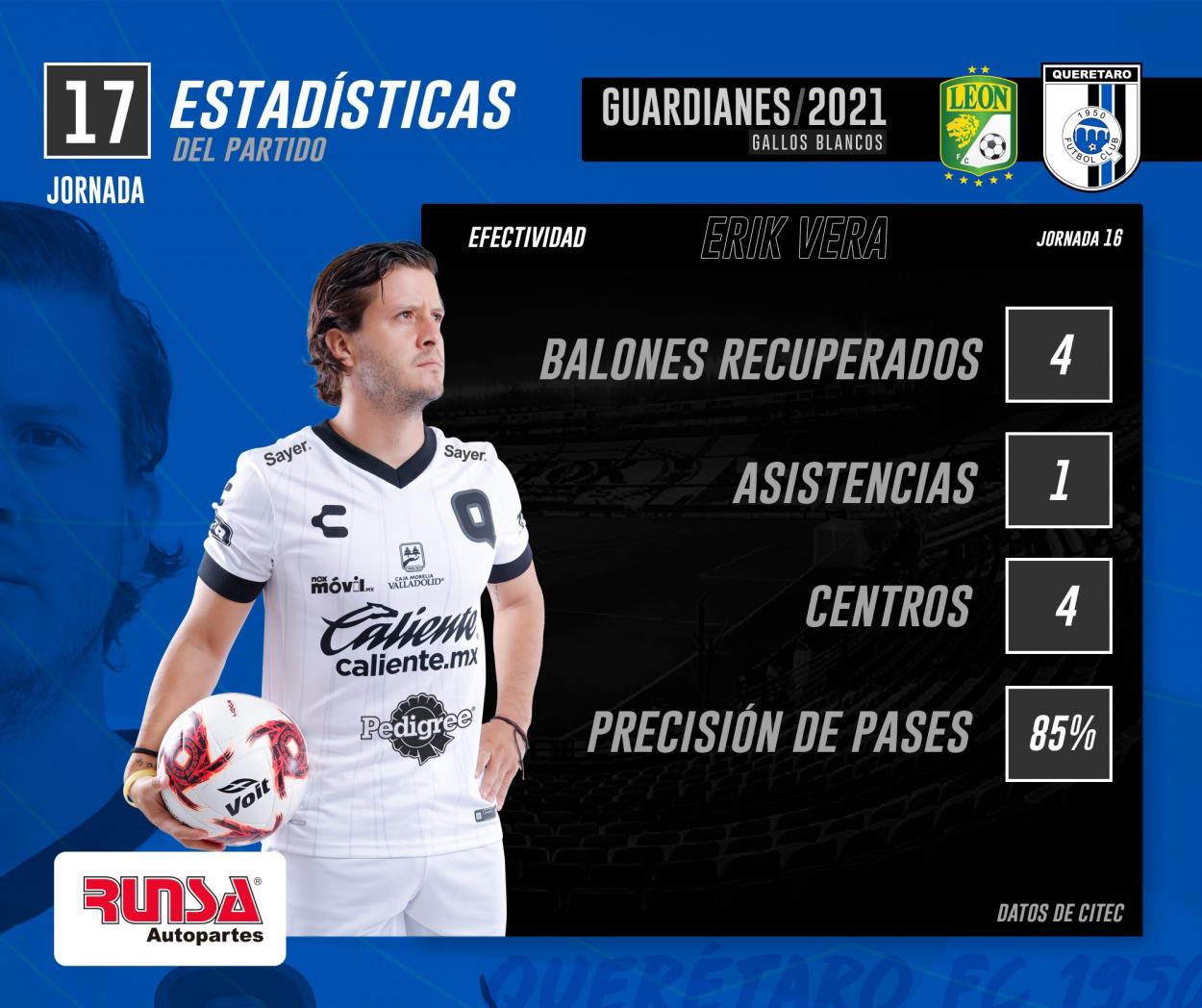 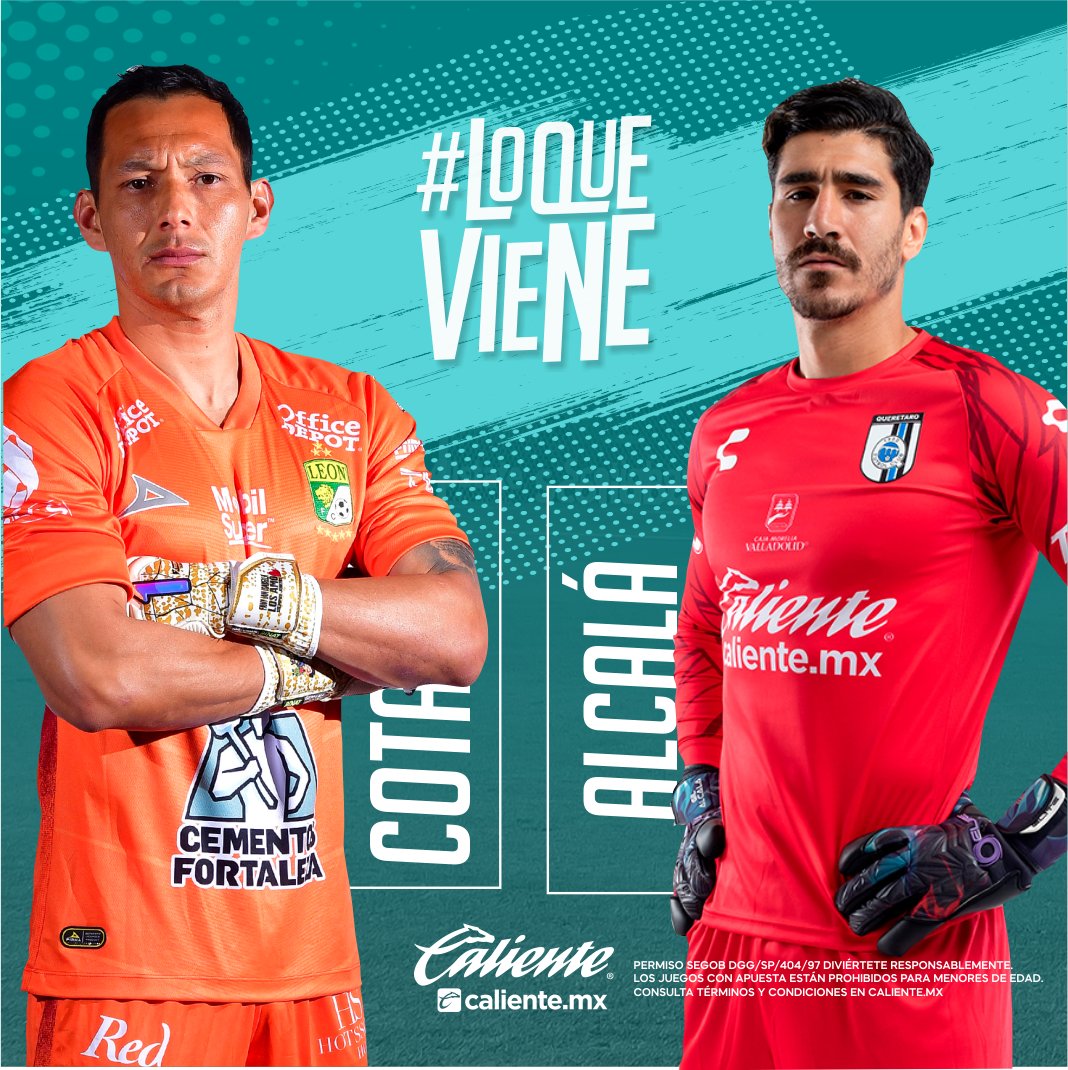 The Lion has arrived

The León has arrived at its stadium, complying with all prevention measures during the pandemic. 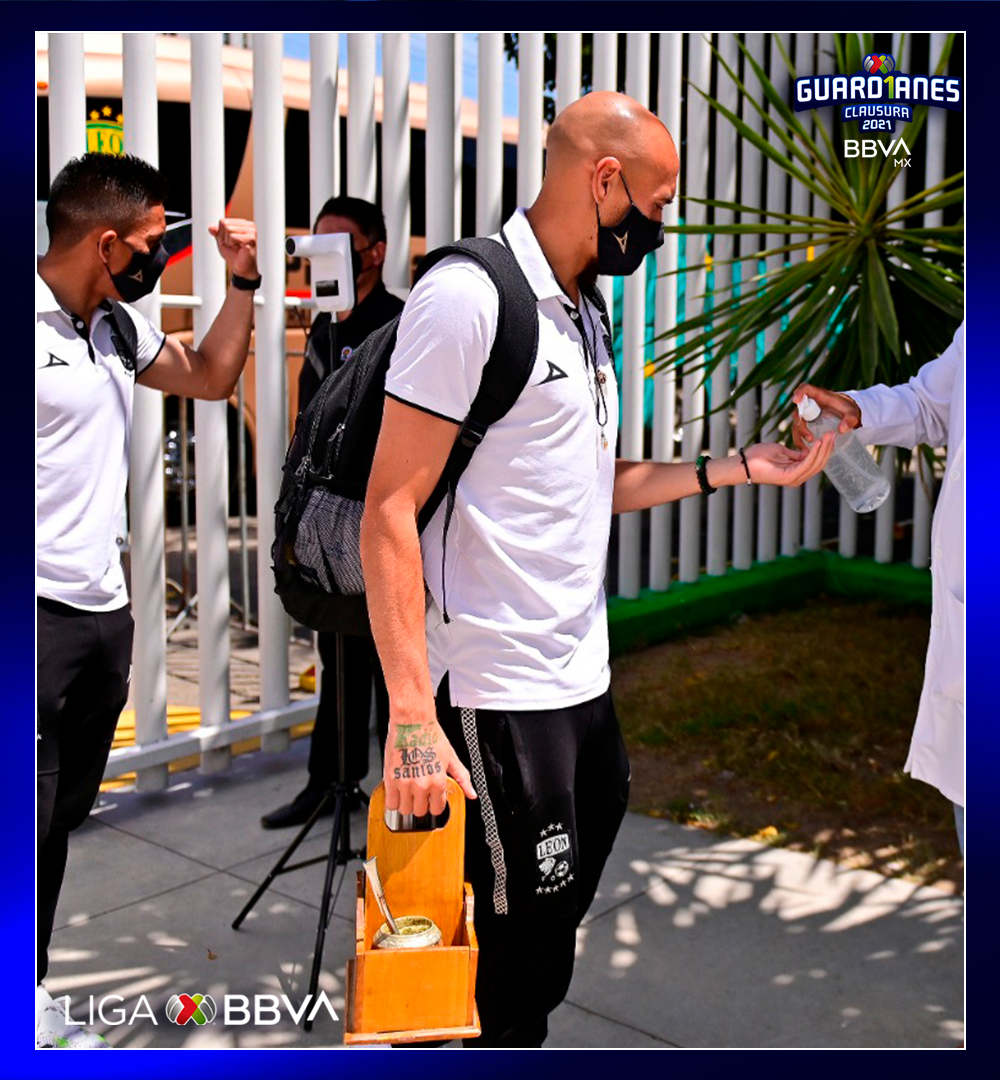 León will have some important absences, such as Luis Montes, who was sent off last game and will miss the last game.
3:59 PM7 months ago

Key game to define the re-qualification tickets when León hosts Querétaro. We begin our coverage.
3:28 PM7 months ago

Do not miss a detail of the match with the live updates and commentaries of VAVEL. Follow along with us all the details, commentaries, analysis and lineups for this Leon vs Queretaro match.
3:23 PM7 months ago

Leon's dominance at home is more than evident with four wins and one draw in the last five games, highlighting that their last victory came in the Clausura 2020 by 3-1.
3:18 PM7 months ago

How to watch Leon vs Queretaro Live TV and Stream

Ángel Sepúlveda has been one of the most consistent in the attacking front, being the team's top scorer with six goals. 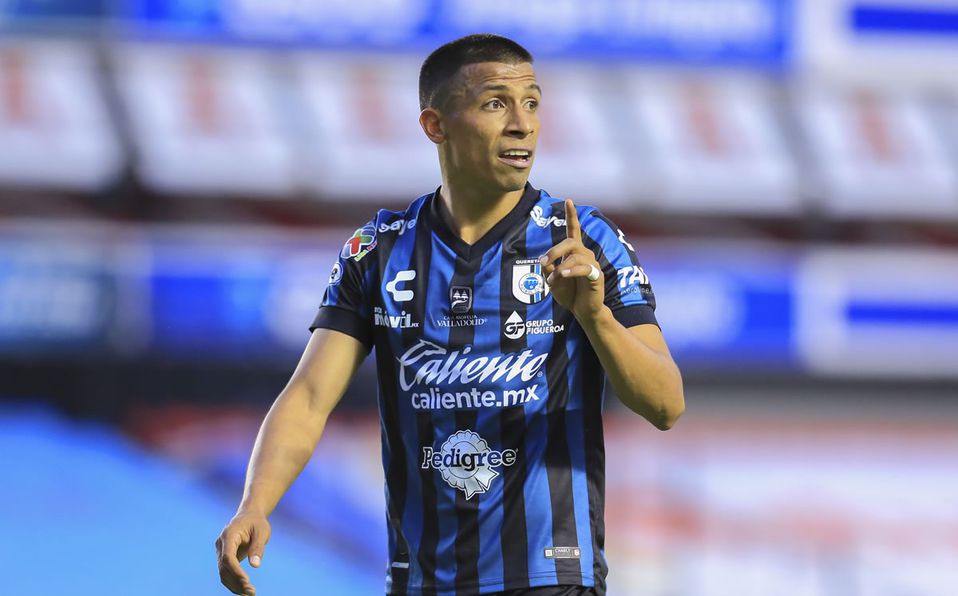 With the loss of Luis Montes in the midfield, Chilean Jean Meneses will have to act as the revulsive player on the wings to provide more depth and dangerous actions. 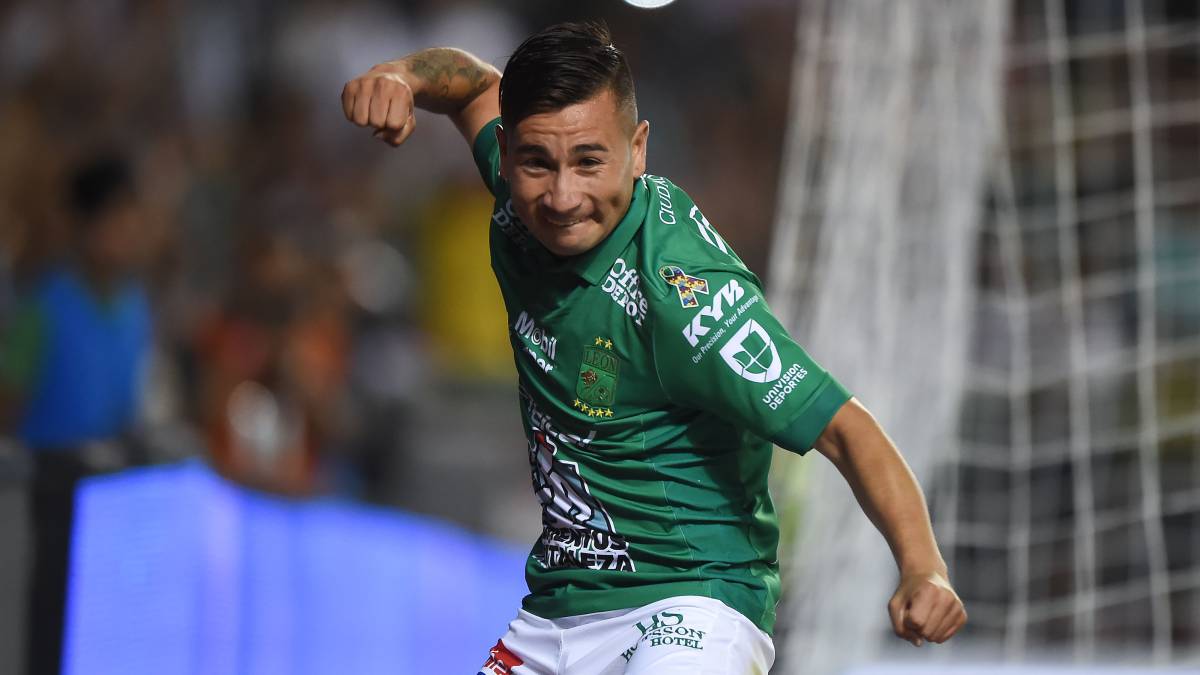 Referee for Leon vs Queretaro

The referee for Leon vs Queretaro will be Jorge Isaac Rojas.
2:58 PM7 months ago

The Gallos Blancos have not won away in the tournament and now they need it more than ever, as they depend on themselves to qualify for the top 12 and with a win they would secure their ticket.
2:43 PM7 months ago

Leon: to secure their re-qualification at home

After the uncertain start to the championship, León needs to win to secure its ticket to the playoffs and will have to wait for a combination of results if it wants to get into the top four.
2:38 PM7 months ago

The Leon vs Queretaro match will be played at the stadium Nou Camp, in Guanajuato. The kick-off is scheduled at 6pm ET.
2:33 PM7 months ago

Welcome to VAVEL.com’s LIVE coverage of the 2021 Liga MX match: Leon vs Queretaro!