CAN1
END9 hours ago

Thank you for following the broadcast of Leon vs Toluca for the Guard1anes 2021 playoff.
10:05 PMa month ago

Goodbye to the champion

León was unable to defeat Toluca and thus ended the era of Ignacio Ambriz at the helm of La Fiera.
10:05 PMa month ago

Dávila misses the shot and Toluca is in the playoffs and knocks out champion León.
10:04 PMa month ago

Campbell's shot was missed by García's save.
10:02 PMa month ago

León 2-2 Toluca and there will be penalty kicks to determine the winner.
9:54 PMa month ago

Sambueza's cross was missed by Triverio, who headed over the top.
9:54 PMa month ago

Ambriz's mid-range shot put the ball into the corner of the net to make it 2-2.

Moreno's long-range shot was saved by García without rebounding.
9:47 PMa month ago

A cross into the six-yard box is saved by García and he is eventually fouled.
9:43 PMa month ago

Toluca is now the one that insists through fixed tactical plays.
9:36 PMa month ago

Godínez comes on and Gigliotti comes off. León substitution.

Mena's powerful shot inside the area is saved by García with his chest.
9:31 PMa month ago

Torres Nilo is replaced by Sartiaguín for Toluca.

Barreiro's shot is deflected by García with one hand.
9:28 PMa month ago

Meneses' diagonal shot from behind was headed in by Meneses and García made a great flight to save his goal.
9:25 PMa month ago

A cross to the far post where Ángel Mena had the goal and an incredible turnaround.
9:24 PMa month ago

Rubens' filtered pass is finished by Canelo to make it 2-1.

Canelo finishes off a filtered pass on a counterattack, but it hits the leg of a defender.
9:13 PMa month ago

Now it is Dávila who complains about an elbow and ends up talking to the referee.
9:09 PMa month ago

Strong sweep on Rubens, who lies down and complains about his foot.
9:08 PMa month ago

Campbell with the long service that only Garcia watches.
9:05 PMa month ago

Campbell's half-turn is very soft and goes out very softly into the goalkeeper's hands.
9:05 PMa month ago

The second half begins.
9:01 PMa month ago 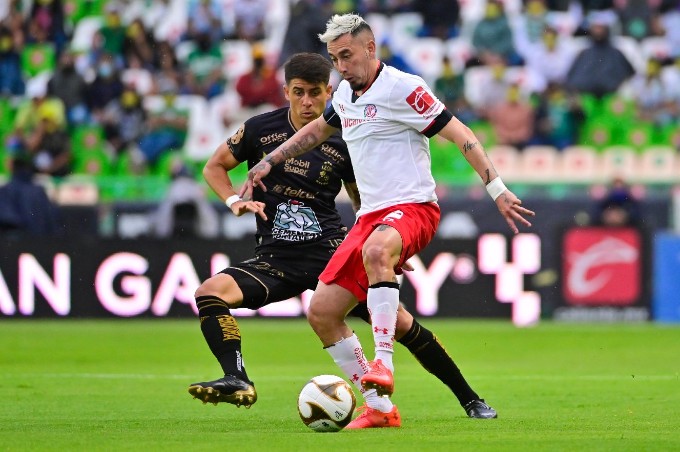 A cross to the far post is headed in by Dávila to make it 1-1.

Barbieri's shot at the near post was saved by Cota.
8:43 PMa month ago

Canelo's long cross is headed by Canelo into the hands of Rodolfo Cota.
8:39 PMa month ago

Canelo's overlap and shot is blocked by the defense at the near post.
8:36 PMa month ago

Meneses' long-range left-footed shot is once again saved by García.
8:35 PMa month ago

León has lost clarity up front and has had a harder time putting Toluca's defense in trouble.
8:30 PMa month ago

Dávila's shot is covered by the defense and ends up bouncing back to him.
8:28 PMa month ago

Jean Meneses is left lying on the field.
8:23 PMa month ago

Meneses' shot inside the area is saved by García without bouncing.
8:20 PMa month ago

Kevin Castañeda's mid-range shot into the lower left corner for the 1-0 lead.

Foul by Moreno on Sambueza near midfield.
8:15 PMa month ago

Canelo's long-range shot crashes off the base of the post.
8:14 PMa month ago

Estrada tries to run inside the box, but the third defender steals the ball and chases away the danger.
8:12 PMa month ago

Campbell's cross is controlled by García at the far post.
8:11 PMa month ago

Campbell's shot against the crossbar

Mena's shot from half distance goes over the top.
8:06 PMa month ago

Mena claimed a foul when he made the overflow, but nothing is sanctioned.
8:05 PMa month ago

León vs Toluca kicks off.
7:59 PMa month ago

Leon and Toluca arrive at the field in the Liga MX protocol.
7:55 PMa month ago

Minutes before the start of

León and Toluca are minutes away from the start of a 90-minute battle for a place in the playoffs. In the event of a tie, there will be penalties.
7:50 PMa month ago 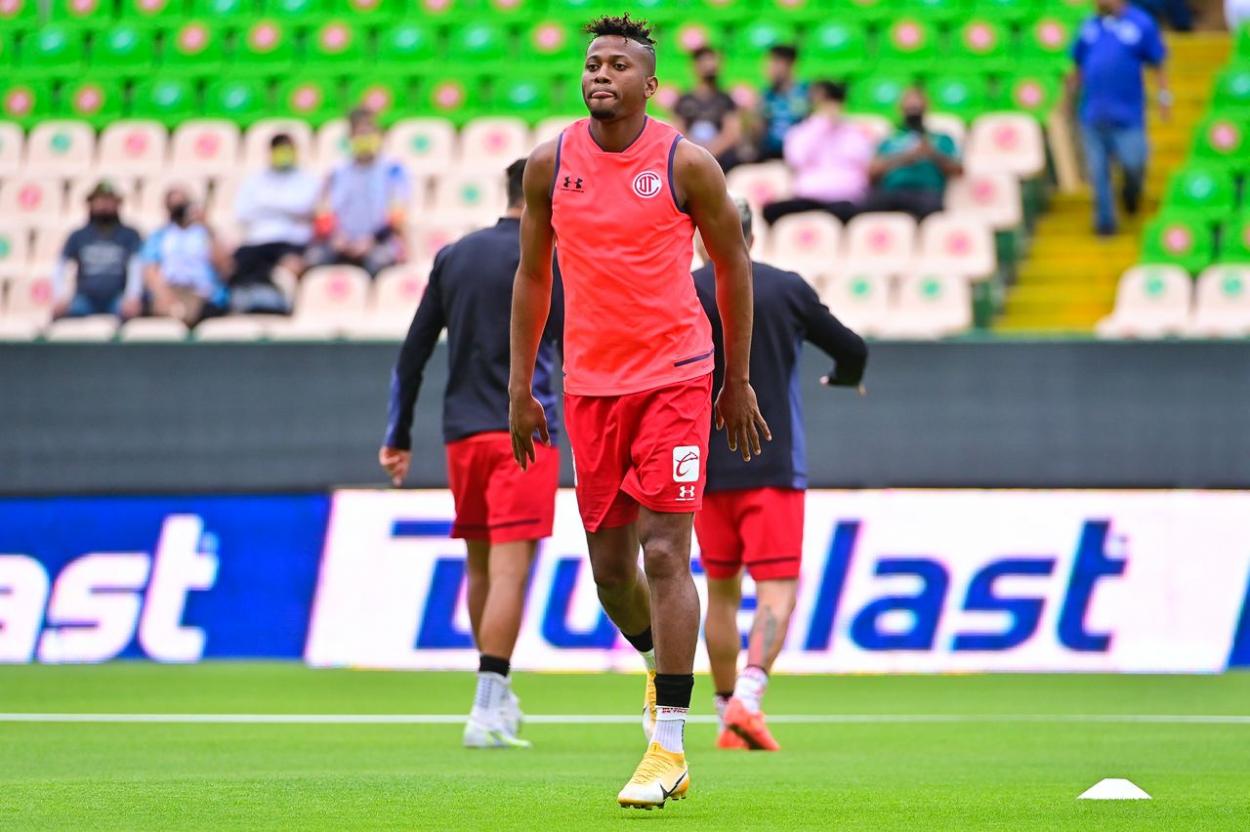 They would play the leader

If Toluca were to win on the road, they would be facing leaders Cruz Azul.
7:40 PMa month ago

They would go against Puebla

If León wins, it would go against Puebla, in addition to confirming the series between América and Atlas, as well as the already confirmed Monterrey vs Santos.
7:35 PMa month ago

Toluca is already warming up

The fans supporting in the stadium 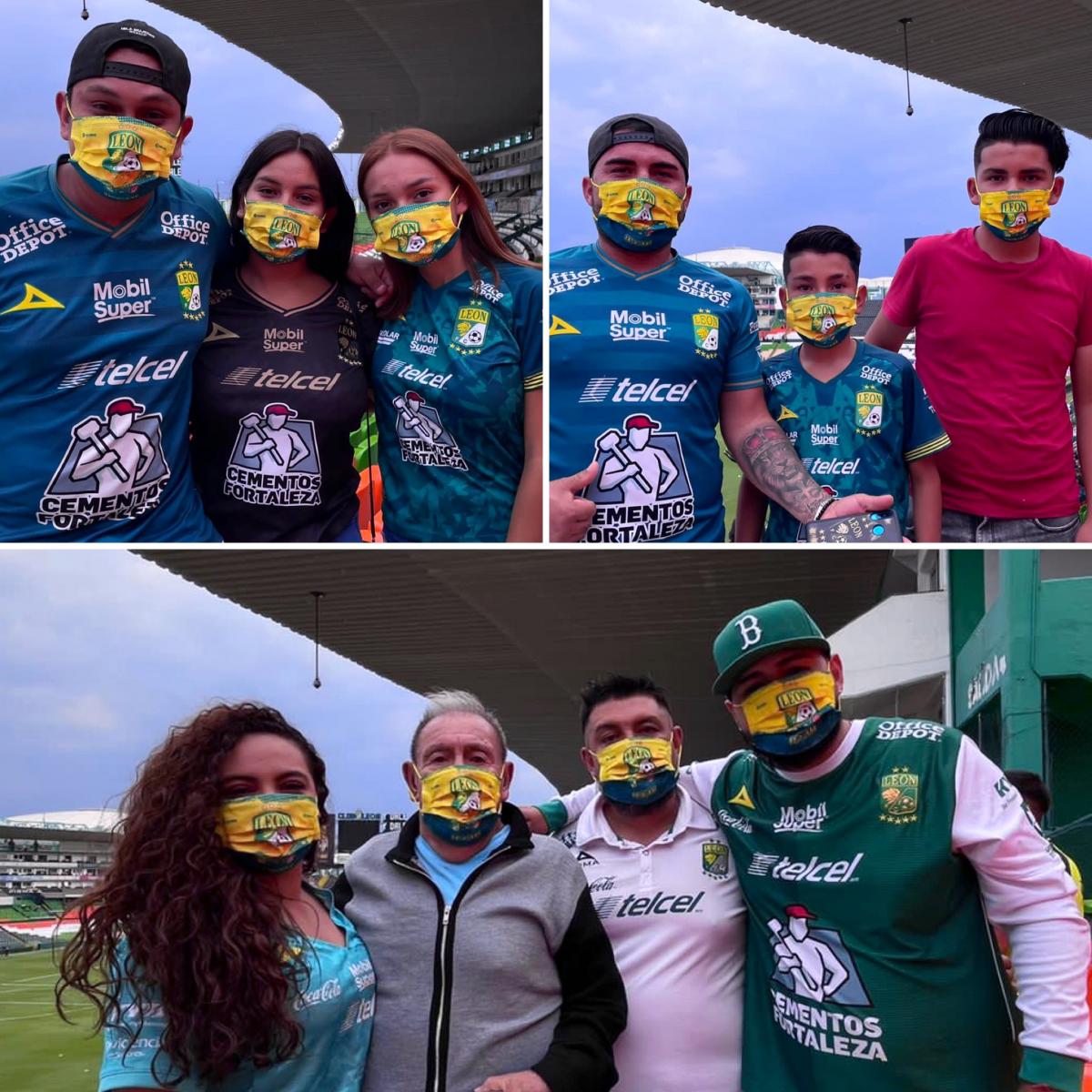 It may be his last game

Emanuel Gigliotti's contract expires this semester, as does Rubens Sambueza, so either or both could be playing their last game with their respective teams.
7:24 PMa month ago

He does not want it to be his last game

Nacho Ambriz did not renew with León and this will be his last season, but he hopes that this will not be his last game and that they can advance to the liguilla.
7:20 PMa month ago

Luis Montes was suspended on the penultimate date and is still serving his suspension, which is why he is not present.
7:18 PMa month ago

They go with the white one this Sunday 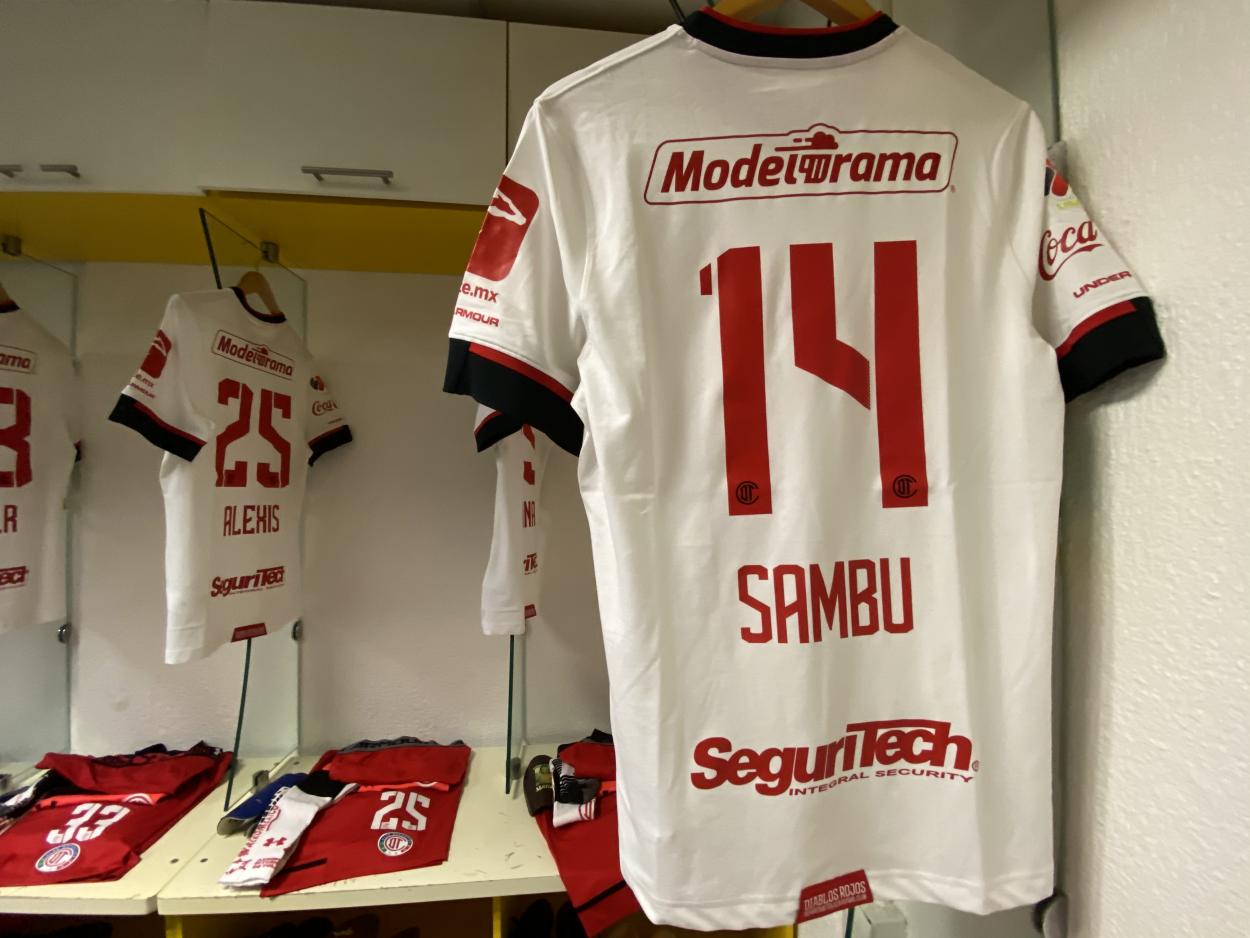 This is what the Nou Camp looks like from the field

What Colombatto and Vazquez have done this tournament for their respective teams has been formidable in midfield, being among the best in the league. 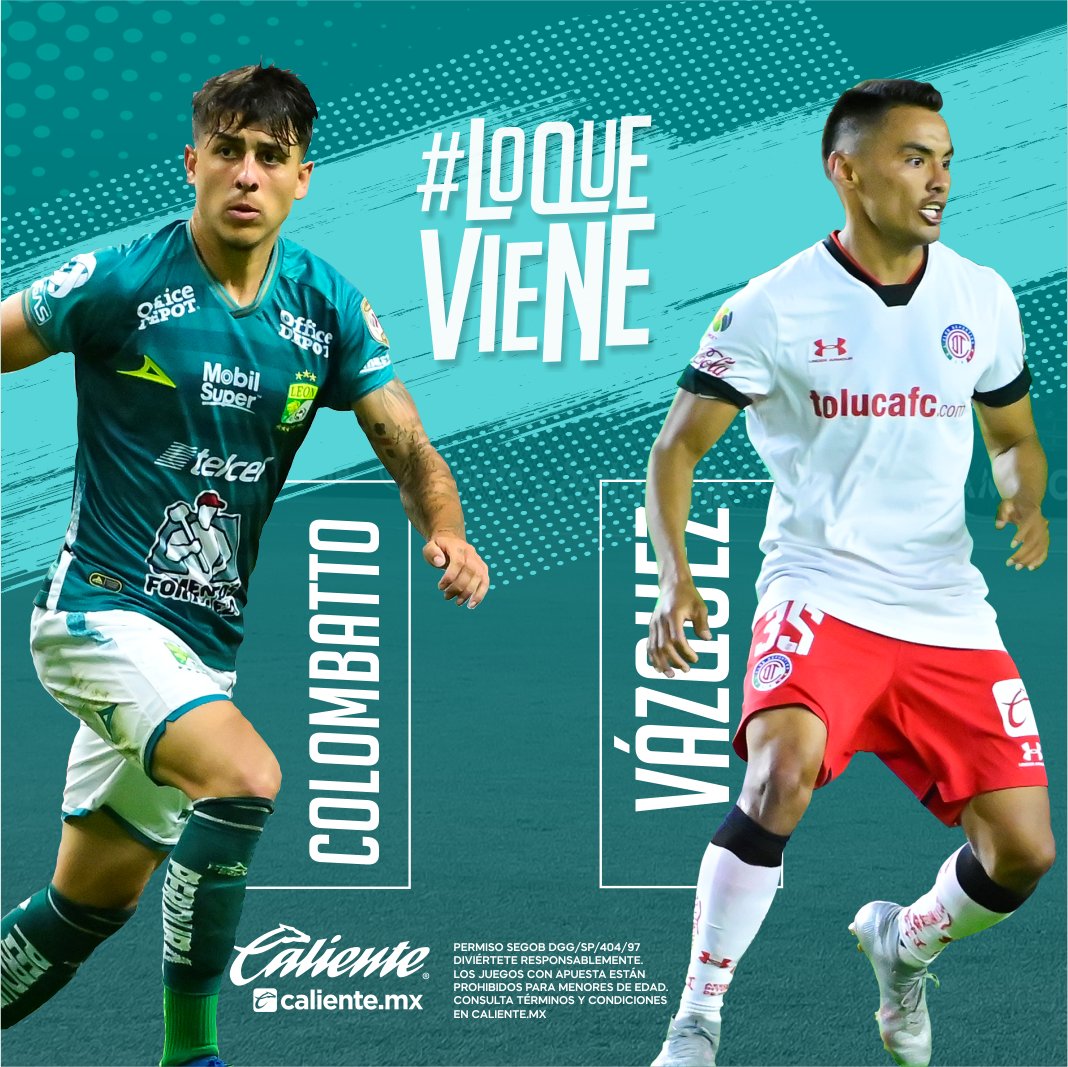 León was prepared to enforce the health protocol in order to ensure that the fans can enjoy a comfortable day this Sunday on the road to the playoffs. 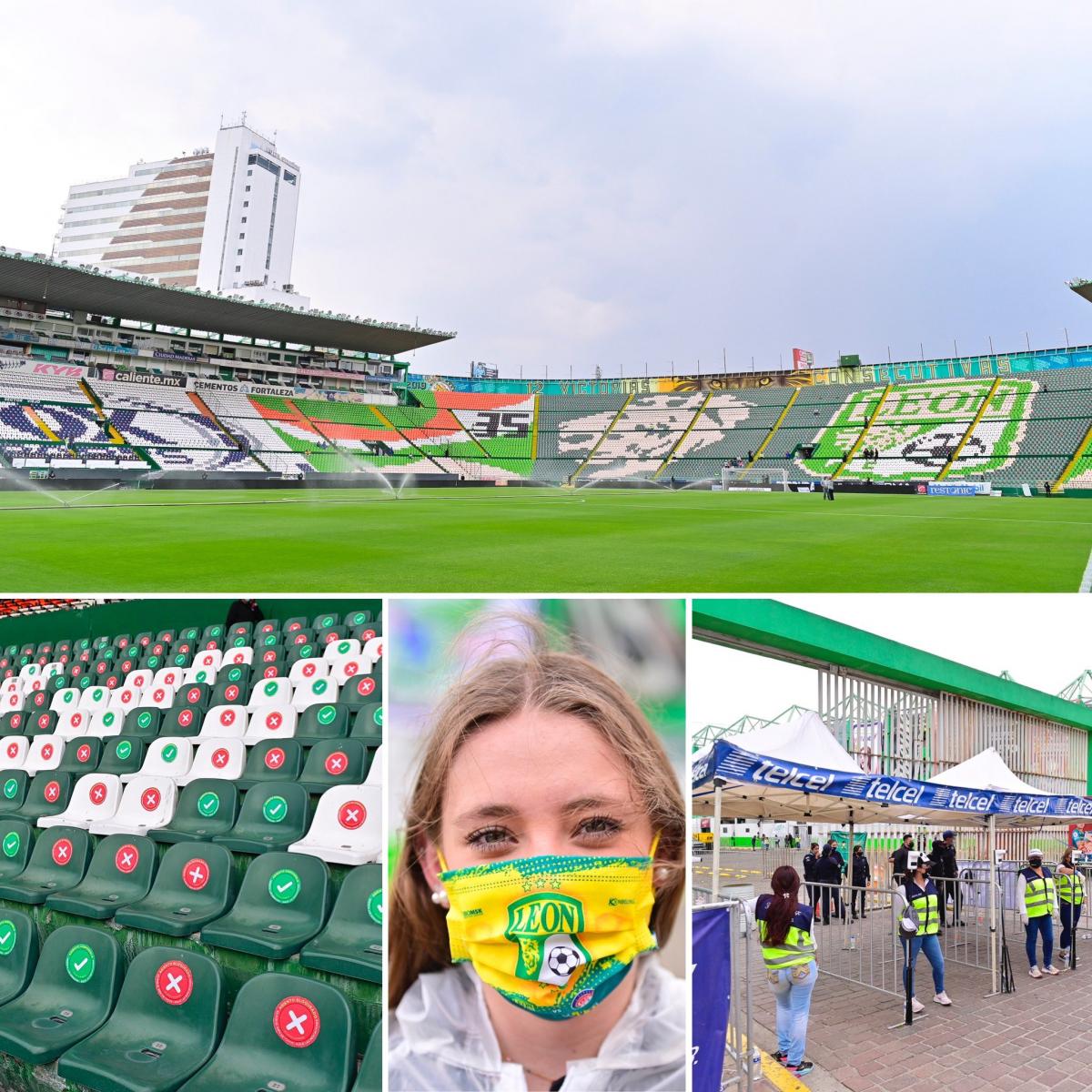 The León has arrived at the stadium 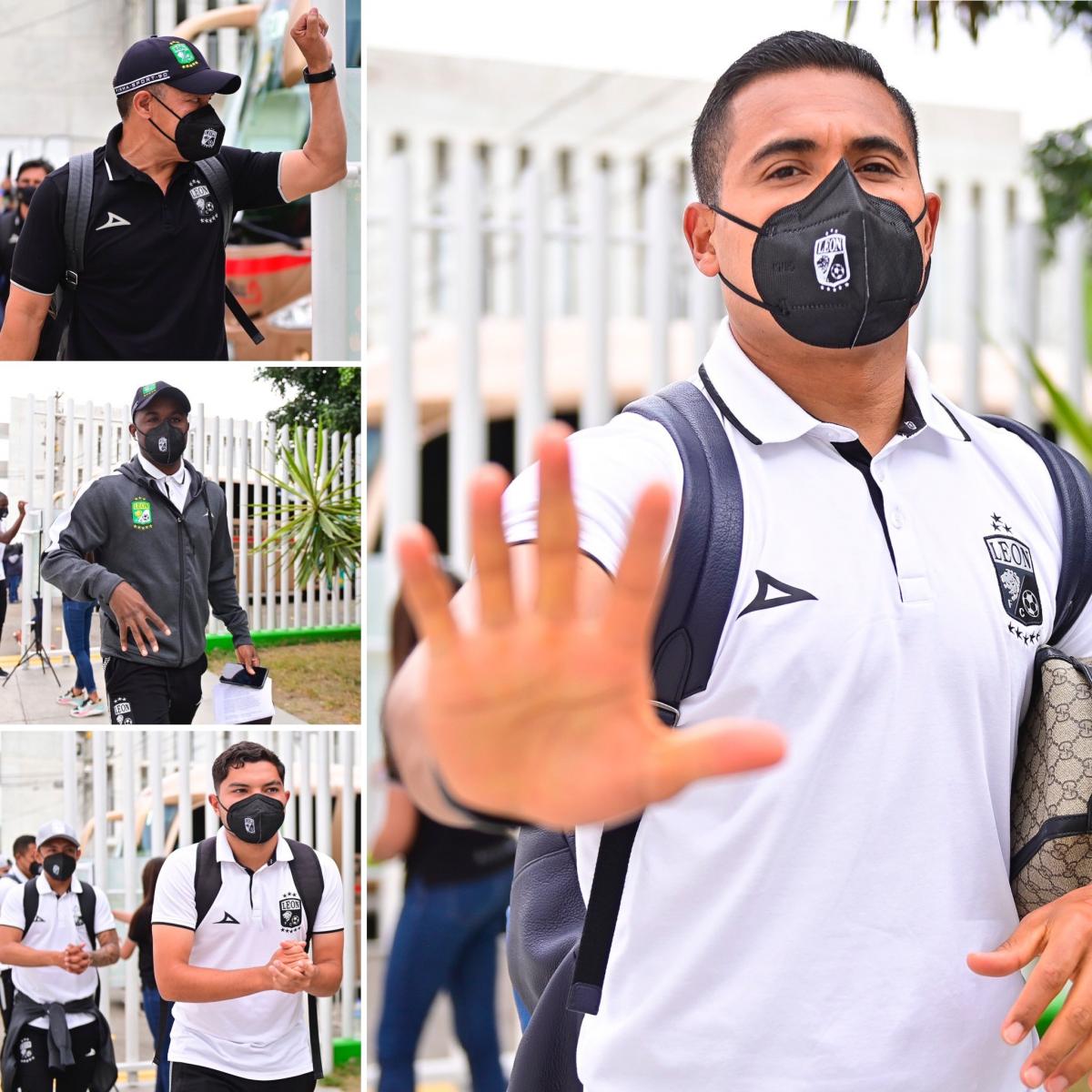 León and Toluca define the third qualifier of this playoff round, where bookmakers are predicting that the champion will come out on top at home. We begin.
5:06 PMa month ago

Do not miss a detail of the match with the live updates and commentaries of VAVEL. Follow along with us all the details, commentaries, analysis and lineups for this Leon vs Toluca match.
5:01 PMa month ago

The regular season clash took place on April 4 and Leon won 2-1 with goals from Jaine Barreiro and Angel Mena; Michael Estrada had given the Diablos the lead. 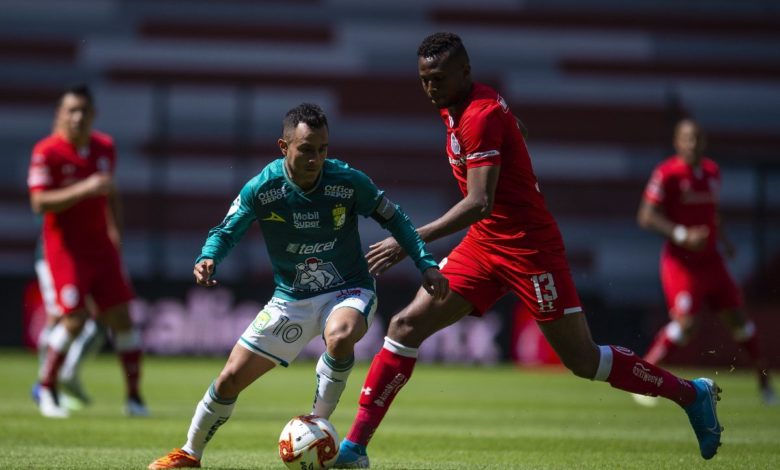 How to watch Leon vs Toluca Live TV and Stream

Alexis Canelo finished the tournament's top scorer with 11 goals and if Toluca wants to pull off the upset, they will need the Argentine to be in constant contact with the ball. 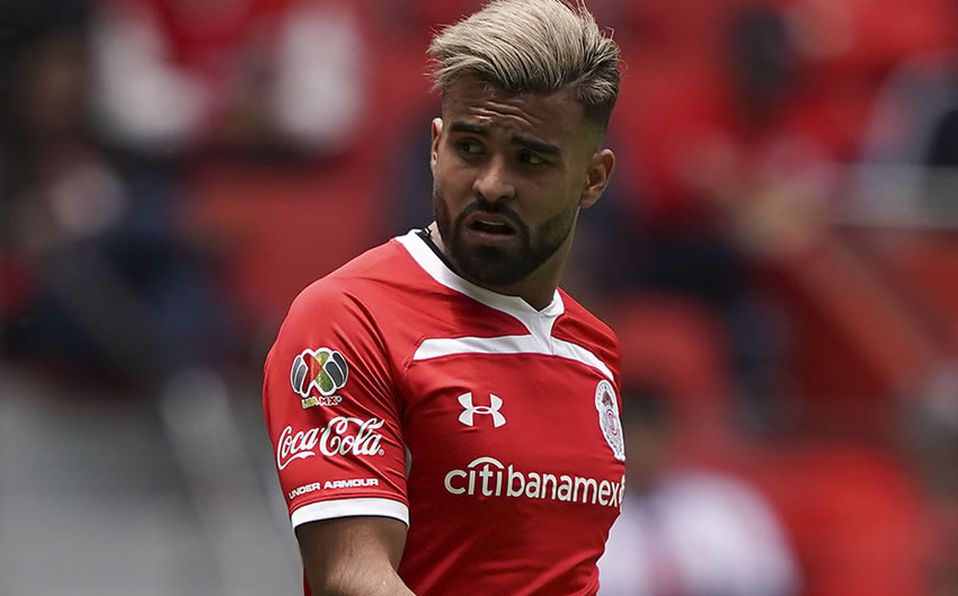 Chilean Jean Meneses will have to act as a revulsive player on the flanks to provide greater depth and dangerous actions for the home team, remembering that he has established himself as one of the best players of the team in recent seasons. 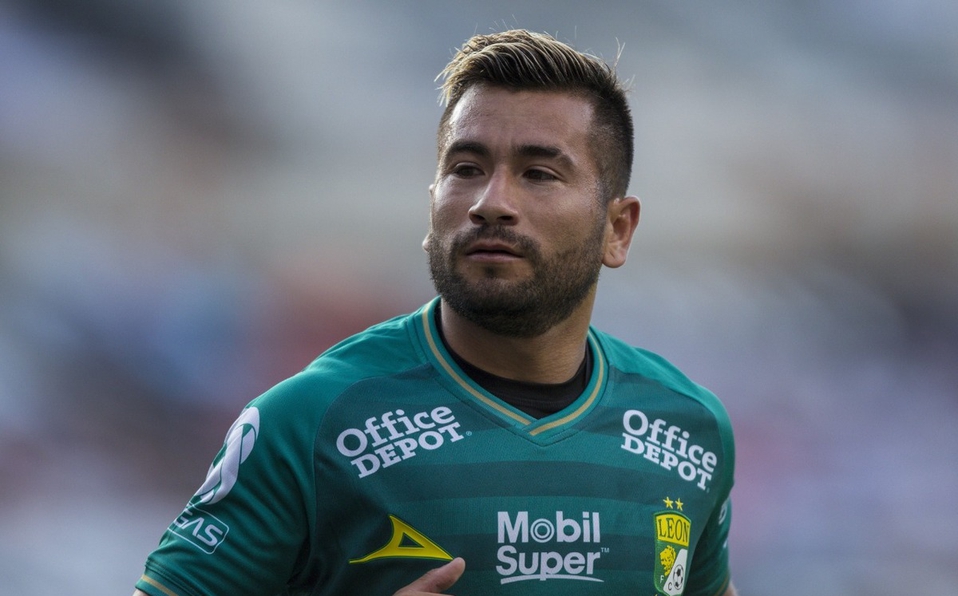 Referee for Leon vs Toluca

The referee for Leon vs Toluca will be Luis Enrique Santander.
4:36 PMa month ago

Toluca: to make an upset

Toluca wants to return to the Playoffs and prove that under Hernan Cristantes leadership they are ready for great things.
4:21 PMa month ago

León: to defend its title

It should be remembered that León is the current champion and wants Nacho Ambriz to leave the club in style with another title, but first they will have to win this single-game series.
4:16 PMa month ago

The Leon vs Toluca match will be played at the stadium Nou Camp, in Guanajuato. The kick-off is scheduled at 8pm ET.
4:11 PMa month ago

Welcome to VAVEL.com’s LIVE coverage of the 2021 Liga MX match: Leon vs Toluca!