It's over! Pachuca defeats Chivas in a categorical manner and advances to the Liguilla of the Guard1anes 2021.
12:10 AMa month ago

Penalty! Ibarra takes Antuna inside the box and the penalty is awarded to the visitors.
12:08 AMa month ago

Goal by Pachuca! Roberto de la Rosa appeared and with a great shot from outside the box, sent the ball into the back of the net for his second goal of the match.
12:07 AMa month ago

Goal by Pachuca! Roberto de la Rosa appeared and with a great shot from outside the box, sent the ball into the back of the net for his second goal of the match.
12:04 AMa month ago

Chivas continues to try to generate, but is unable to create good dangerous plays.
11:58 PMa month ago

Goal for Pachuca! Óscar Murillo comes up again and scores his brace with a header to increase the Tuzos' lead.
11:57 PMa month ago

Goalkeeper! Catalán took the chance to shoot and Rodríguez flies and ends up saving the ball.
11:56 PMa month ago

Double save! Great saves by Antonio Rodríguez preventing the score from increasing in La Bella Airosa.
11:53 PMa month ago

Double change for Chivas. César Huerta and Cristian Calderón are substituted for Jesús Sánchez and Miguel Ponce.
11:47 PMa month ago

Goal, goal, goal by Roberto de la Rosa! A good run by the homegrown player who enters the visitor's area alone to correctly beat Rodriguez and send the ball into the back of the net.
11:46 PMa month ago

Tuzos dominate, but are unable to define on the last line.
11:39 PMa month ago

Change of Pachuca. Víctor Guzmán and Romario Ibarra are substituted for Francisco Figueroa and Felipe Pardo.
11:28 PMa month ago

Tuzos goal! A great header by Murillo sends the ball into the back of the net to tie the match.
11:25 PMa month ago

Goalkeeper! Great save by Ustari prevents Antuna from scoring his brace.
11:23 PMa month ago

The second half kicked off at the Hidalgo Stadium.
11:05 PMa month ago

At the end of the first half, Chivas heads to the dressing room with a slim lead.
11:03 PMa month ago

Figueroa came from behind and struck the ball, creating danger in Rodriguez's goal.
10:56 PMa month ago

Good play by Figueroa, but his pass ends up sending the ball behind and he misses a good opportunity.
10:51 PMa month ago

Good cross by Pardo, but the red and white defense ends up clearing the ball.
10:48 PMa month ago

A good shot by Figueroa, which Pardo deflected and ended up missing the equalizer.
10:41 PMa month ago

Pardo! The tuzo had the courage to shoot at Rodriguez's goal, but the ball went over the goalkeeper's head.
10:40 PMa month ago

Alexis Vega's shot ends up going over the local goal.
10:39 PMa month ago

Chivas are still on top of Ustari's goal, but can't get a shot off.
10:27 PMa month ago

Chivas goal! Great pass to Uriel Antuna who sends the ball into the back of Ustari's goal.
10:27 PMa month ago

The match kicks off in Pachuca, and this match will decide the last guest to the Liguilla.
10:12 PMa month ago

Prior to the match, a minute of silence is observed for the victims of the subway accident in Mexico City.
10:07 PMa month ago

A lot of equality!

The numbers of the previous duels between these teams is very even.

The jersey that will be worn tonight by Chivas is already ready.

The fans are alreadyb at the Hidalgo!

Fans of both teams are already present at the stadium, ready to enjoy the last duel of the Reclassification.

The rojiblancos, coached by Vucetich, will be looking to surprise tonight and sneak into the 'Fiesta Grande'.

The team coached by Pezzolano has arrived at the stadium, ready to try to qualify for the Liguilla.

Do not miss a detail of the match with the live updates and commentaries of VAVEL. Follow along with us all the details, commentaries, analysis and lineups for this Pachuca vs Chivas match.
9:27 PMa month ago

How to watch Pachuca vs Chivas Live TV and Stream |

Chivas' tournament has had more bad moments than good, however, tonight they will be looking to emerge triumphant and qualify for the Liguilla to once again go in search of the long-awaited title. Their last match was at home against Tigres and they tied 0-0. 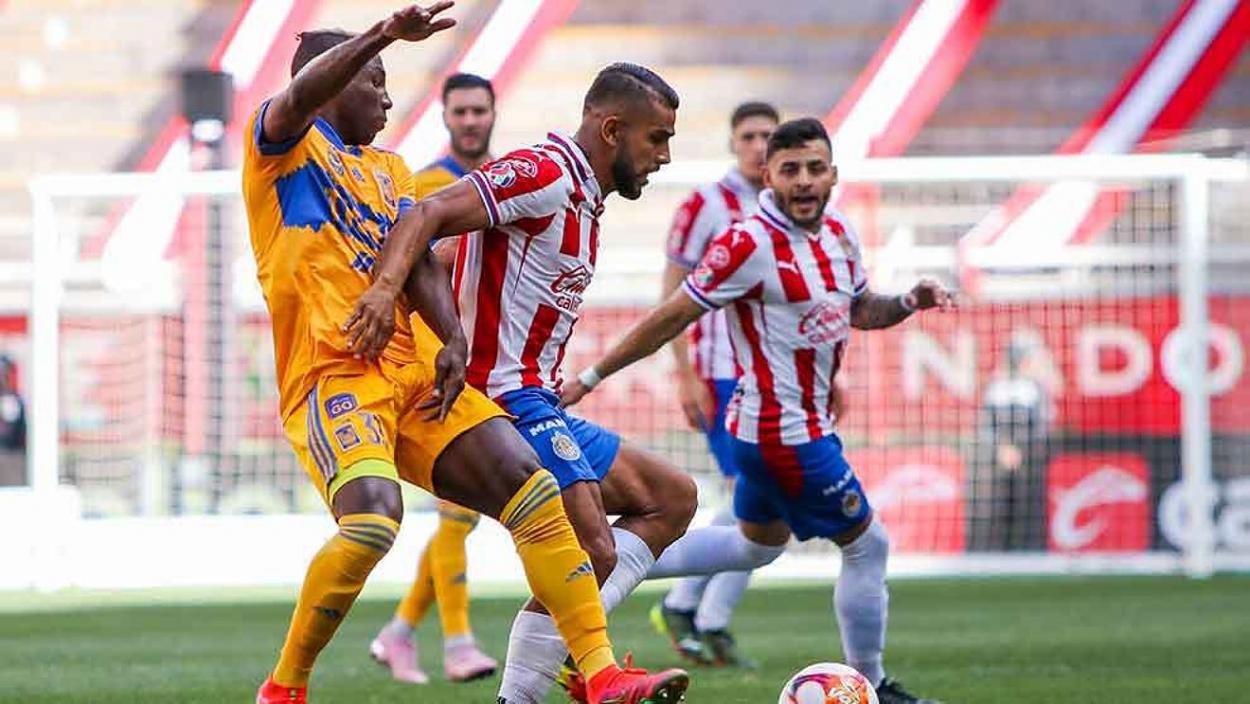 The team coached by Pezzolano has been going from strength to strength during this tournament, with 23 points and in eighth place, Pachuca will be looking to do their worst and give their fans the joy of entering the Liguilla. In the regular tournament, they were tied at one goal.

The Pachuca vs Chivas match will be played at the Hidalgo stadium, in Pachuca, Hidalgo. The kick-off is scheduled at 08:00pm ET.
8:57 PMa month ago

Welcome to VAVEL.com’s LIVE coverage of the 2021 Guard1anes match: Pachuca vs Chivas!