Thank you for following the Cruz Azul vs Toluca Liga MX playoffs.
11:09 PMa month ago

They came from behind

Cruz Azul changed its history, came from behind and will be in the semifinals. Farewell to Toluca.
11:09 PMa month ago

Giménez inside the box makes it 3-1.

Corona is fouled and is left lying on the field.
11:03 PMa month ago

Yrizar's shot is deflected for a corner.
11:02 PMa month ago

Rodríguez on penalty makes it 2-1.

Penalty kick in favor of Cruz Azul when Romo was knocked down.
10:50 PMa month ago

Salinas hits it from outside the area and it goes wide.
10:49 PMa month ago

Rodriguez controls the rebound but his attempt goes over the top of the goal.
10:47 PMa month ago

Rivero's cross to the far post, where Rodriguez could not reach.
10:46 PMa month ago

Dominguez and Yotun come on and Fernandez and Aldrete leave.

Canelo's long-range shot goes into the stands.
10:43 PMa month ago

Cruz Azul can no longer find a way to generate damage. The momentum of the game is with Toluca.
10:41 PMa month ago

Estrada and Castañeda come out

Triverio and Rodríguez come on.

Giménez, Rivero and Hernández come in.

Ortega's header from a corner kick is off target.
10:36 PMa month ago

Estrada's free kick crashes into the wall.
10:32 PMa month ago

Intense match, but the emotions have stopped falling in the areas.
10:23 PMa month ago

Castañeda makes the cuts, but does not hit it well inside the area.
10:19 PMa month ago

Angulo's header that takes paint off the goalkeeper's right post and passes close.
10:18 PMa month ago 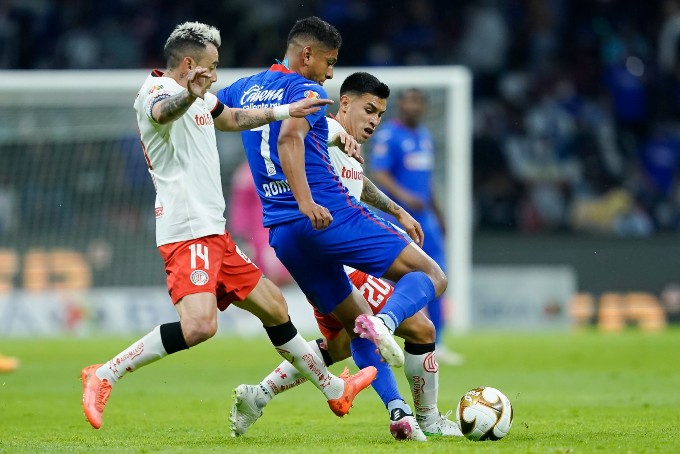 Rodriguez's shot into the hands of Garcia.
9:57 PMa month ago

Ortega made a great sweep inside the six-yard box to save the goal.
9:57 PMa month ago

Lopez leaves and Salinas enters, a forced change for Toluca.
9:49 PMa month ago

A double blast that Luis García covers on both occasions.
9:48 PMa month ago

Cata's low header is saved by García from the bottom corner and there will be a corner.
9:46 PMa month ago

Vázquez fouls Alvarado and Cruz Azul will have a direct free kick.
9:44 PMa month ago

Ortega is left lying on the field after a heavy collision.
9:41 PMa month ago

Orbelín's shot from outside the area goes slightly wide.
9:37 PMa month ago

Angulo gets away from the goalkeeper and sends the ball wide.
9:33 PMa month ago

Dangerous cross that Angulo does not finish and that García lets through.
9:27 PMa month ago

Sambueza with the cross to the far post and Canelo's shot.

The ball arrives in the six-yard box where Angulo shoots to make it 1-0.

Canelo's shot from outside the box hits the outside of the net.
9:15 PMa month ago

A lot of intensity in the first minutes where Cruz Azul has taken control of the game.
9:11 PMa month ago

The match between Cruz Azul and Toluca kicks off.
9:04 PMa month ago

Cruz Azul and Toluca take the field for the second leg of the playoffs.
9:00 PMa month ago

We are minutes away from the start of the game between Cruz Azul and Toluca.
8:55 PMa month ago

In case you missed the Cruz Azul lineup 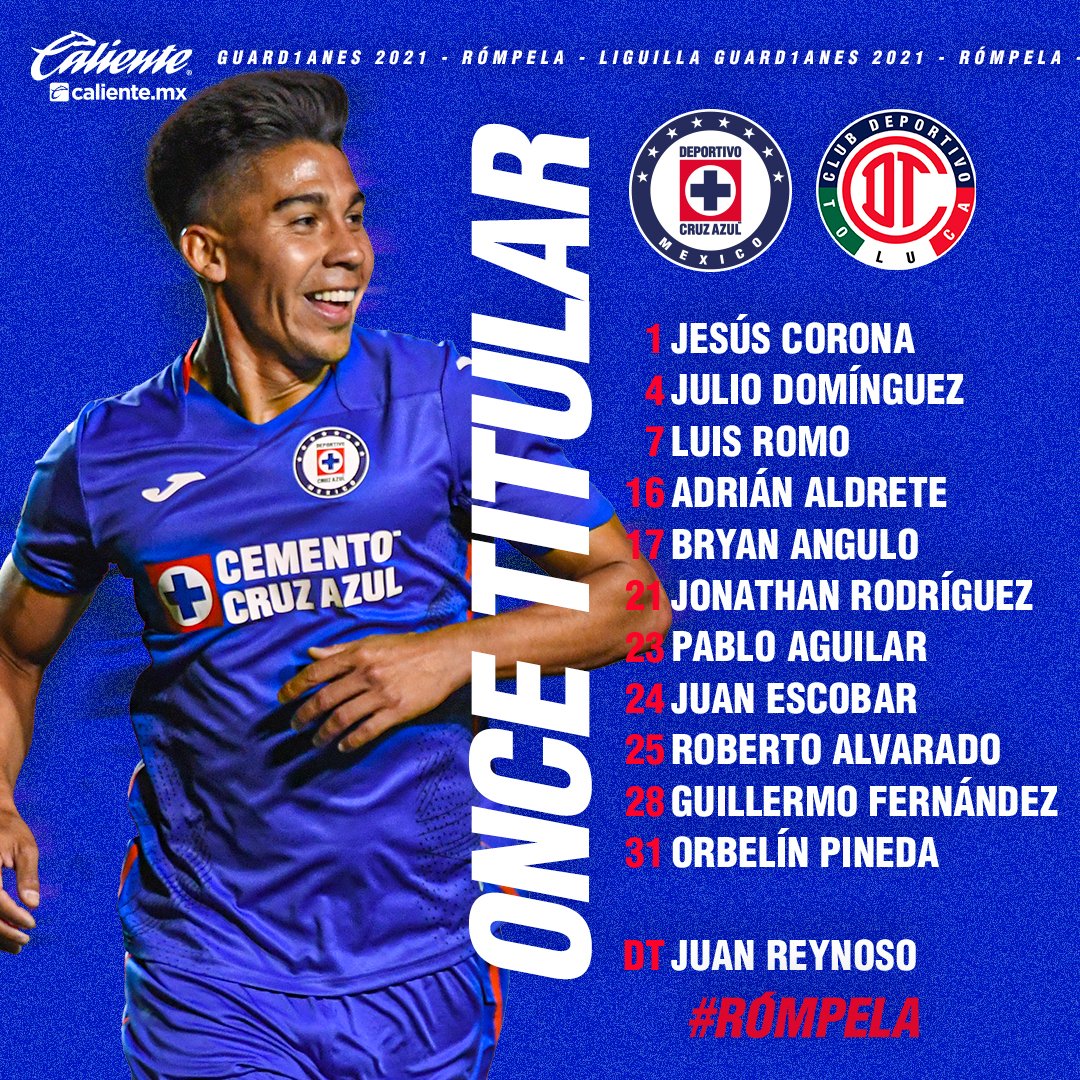 In case you missed the Toluca lineup 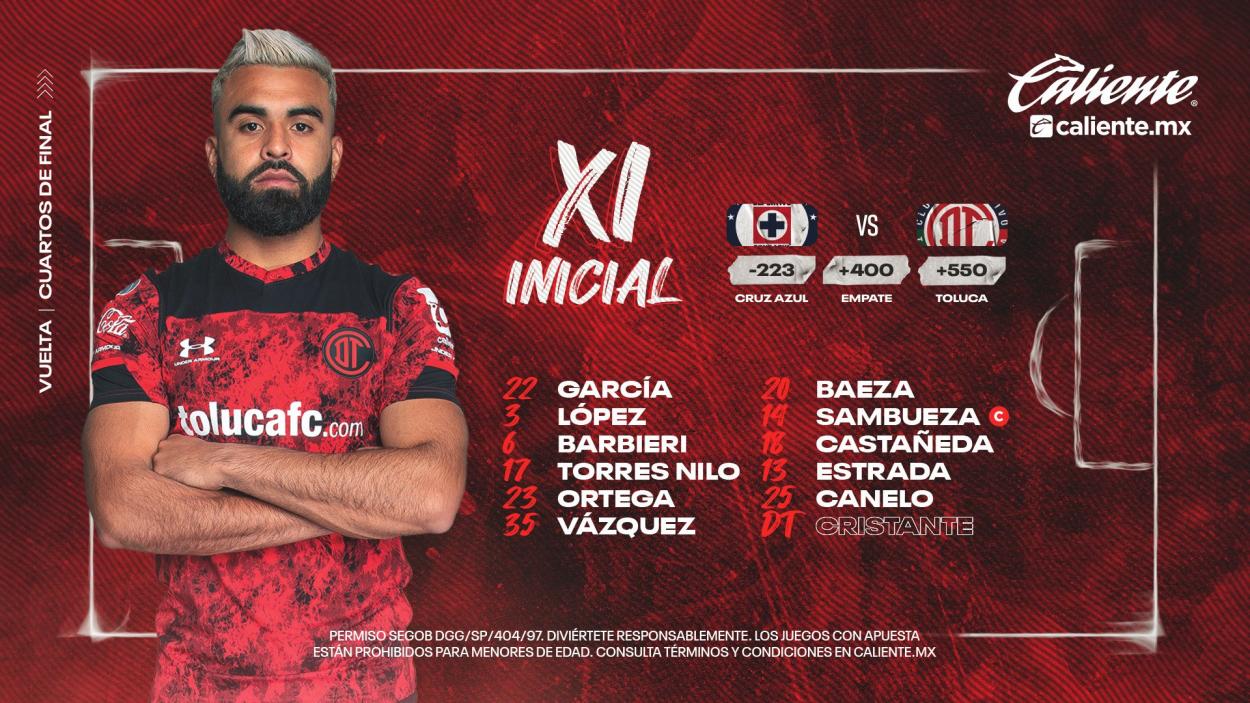 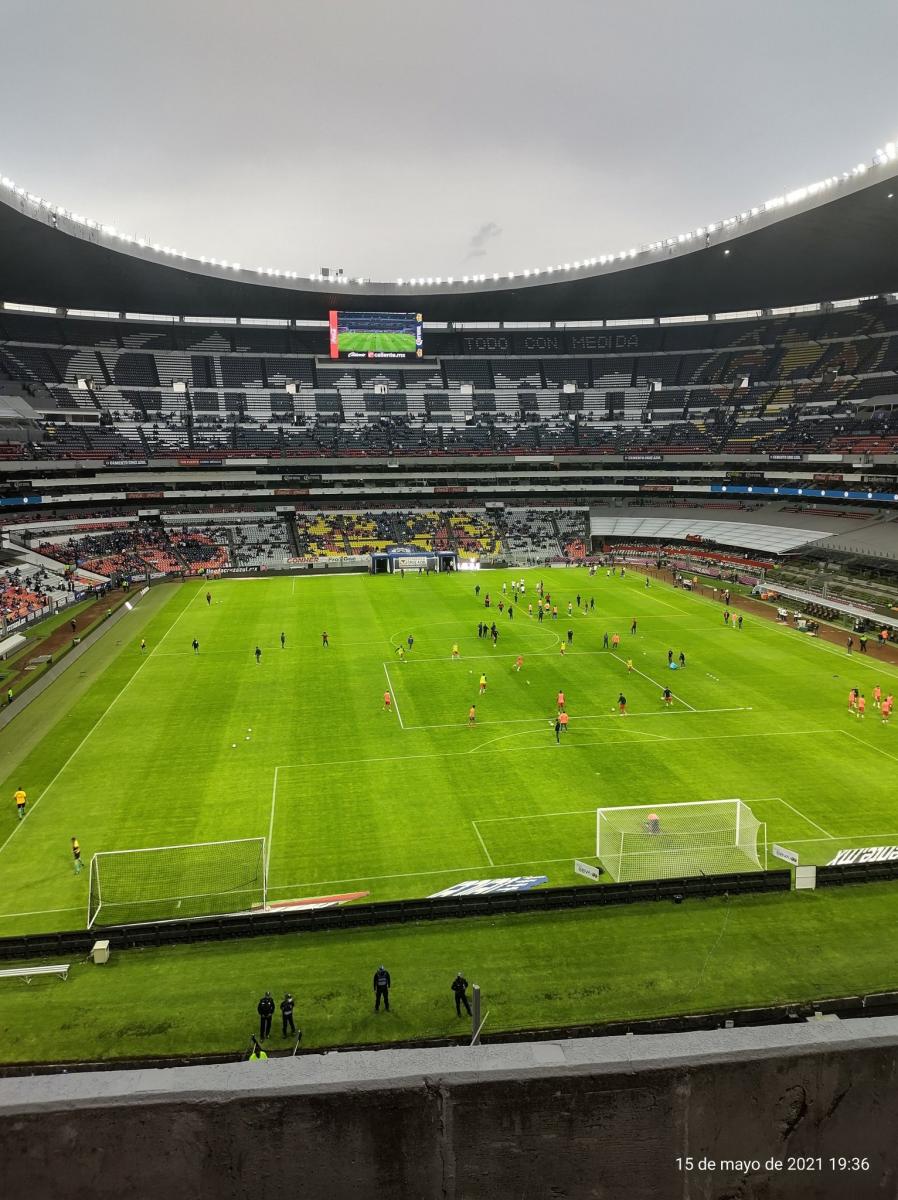 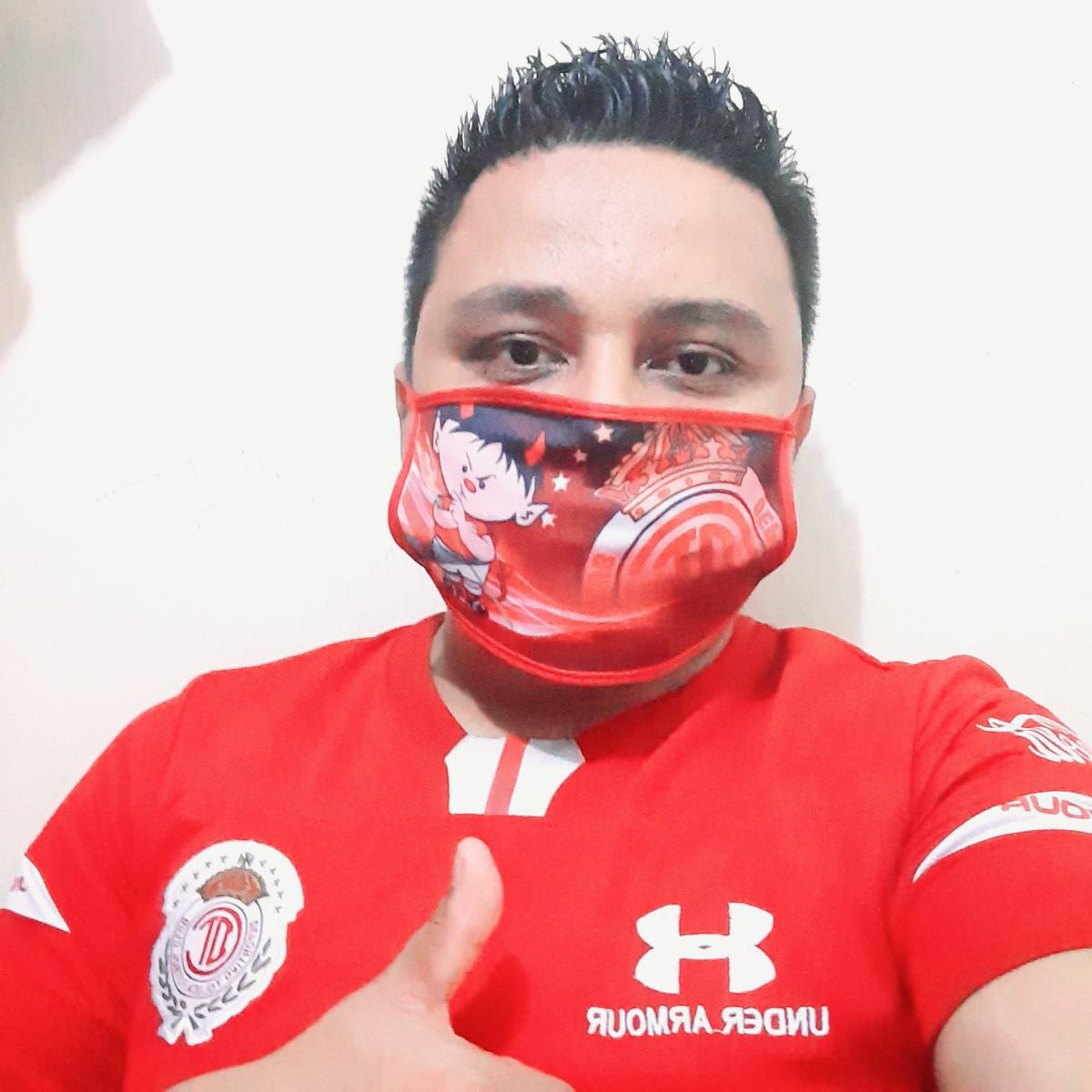 This is how Toluca prepares

Both teams are warming up

The arrival of Jesús Corona 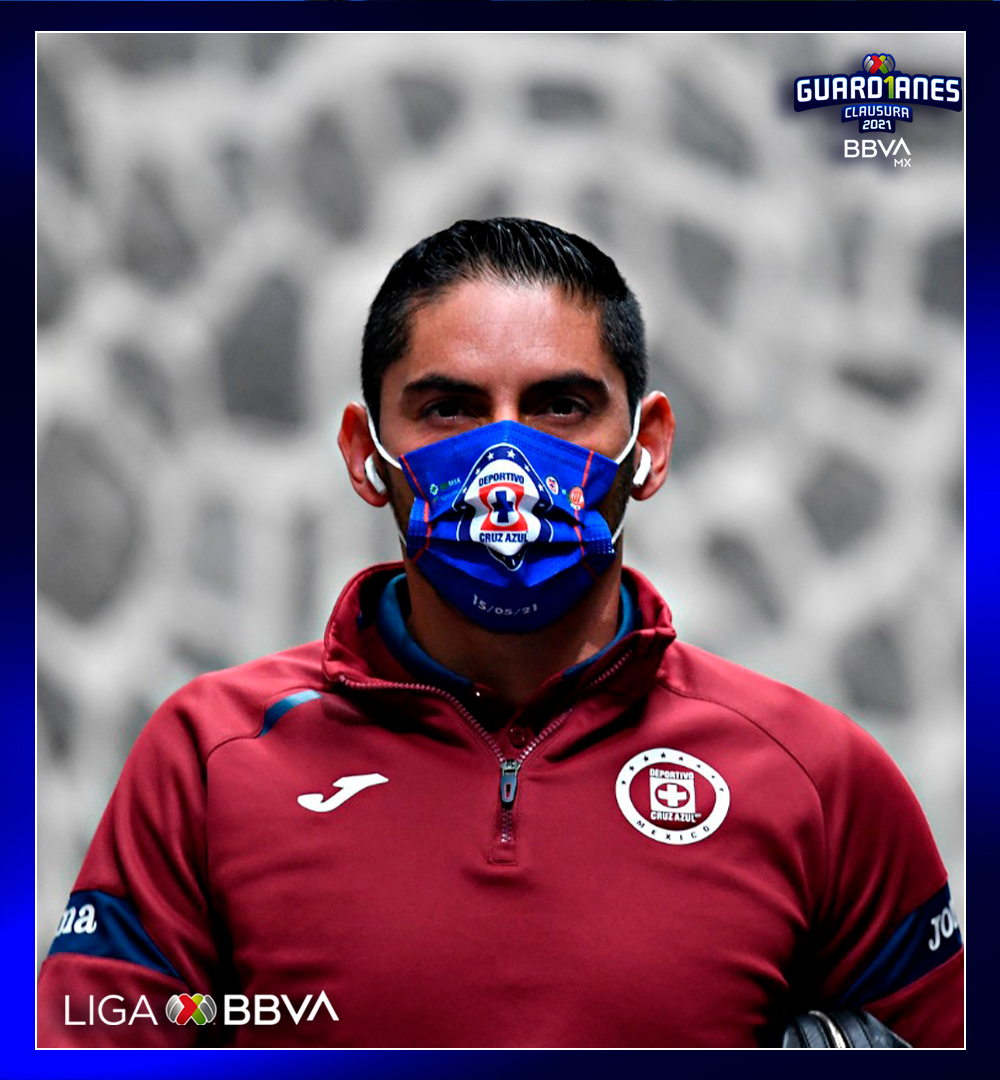 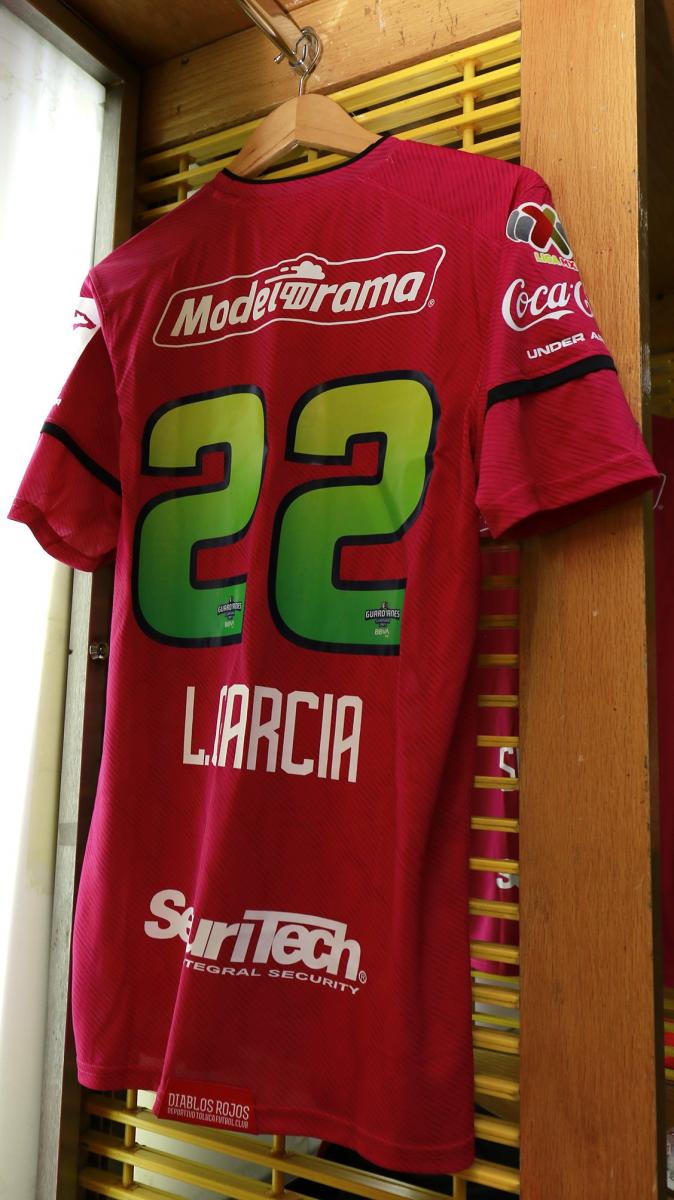 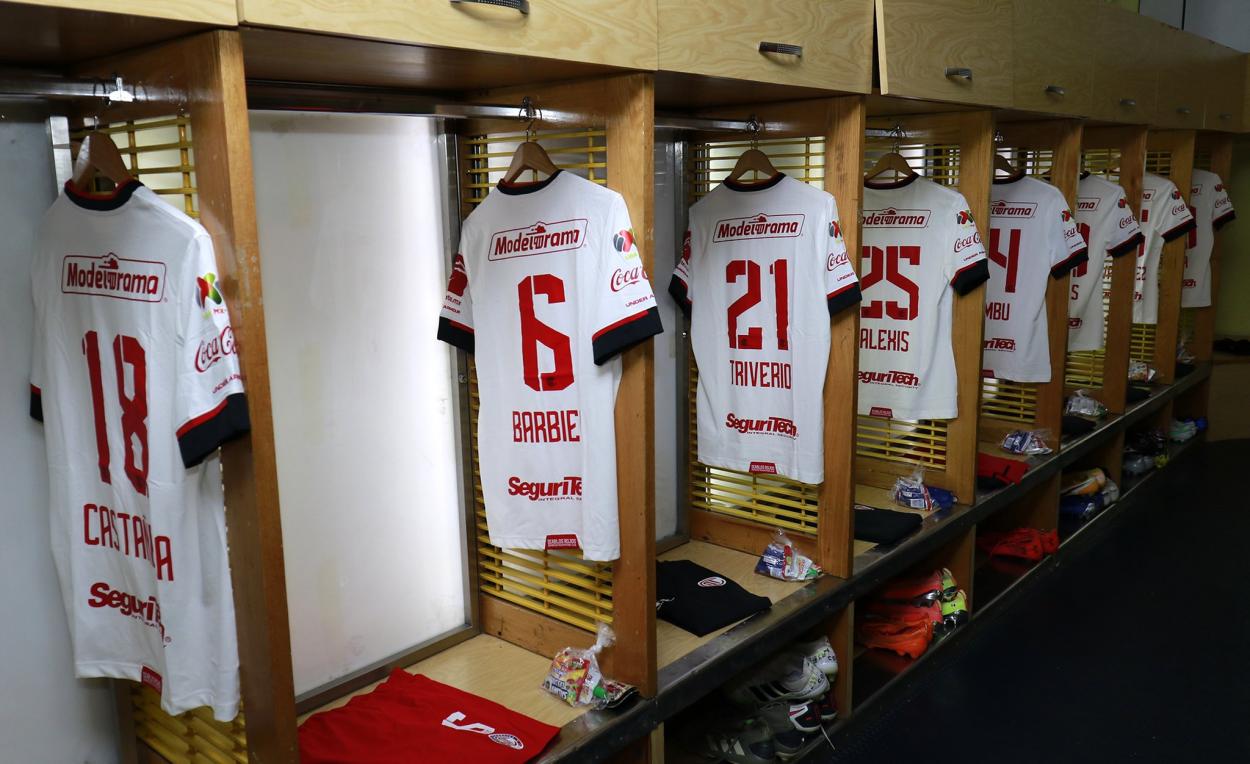 Cruz Azul with the edge against Toluca at home 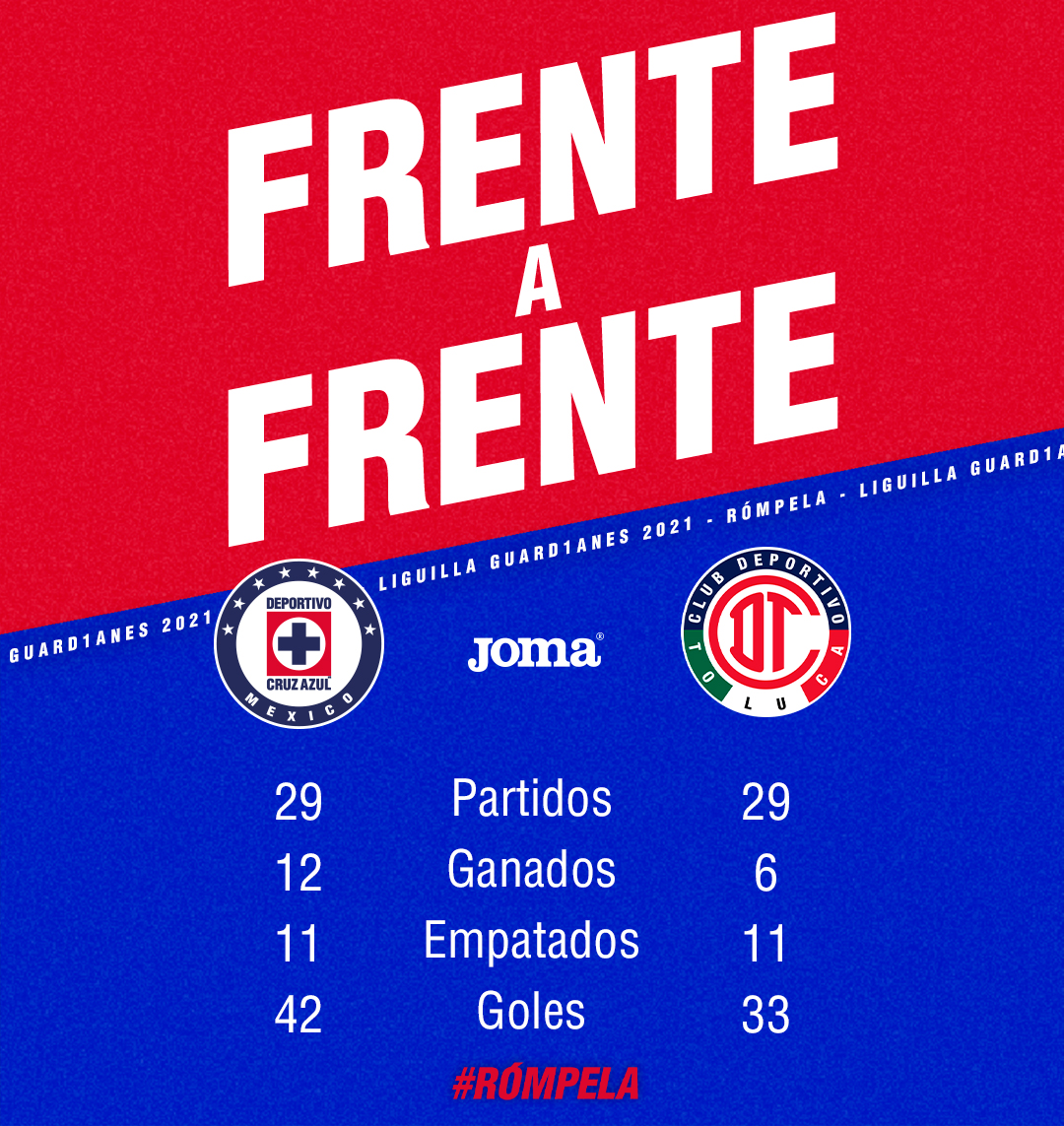 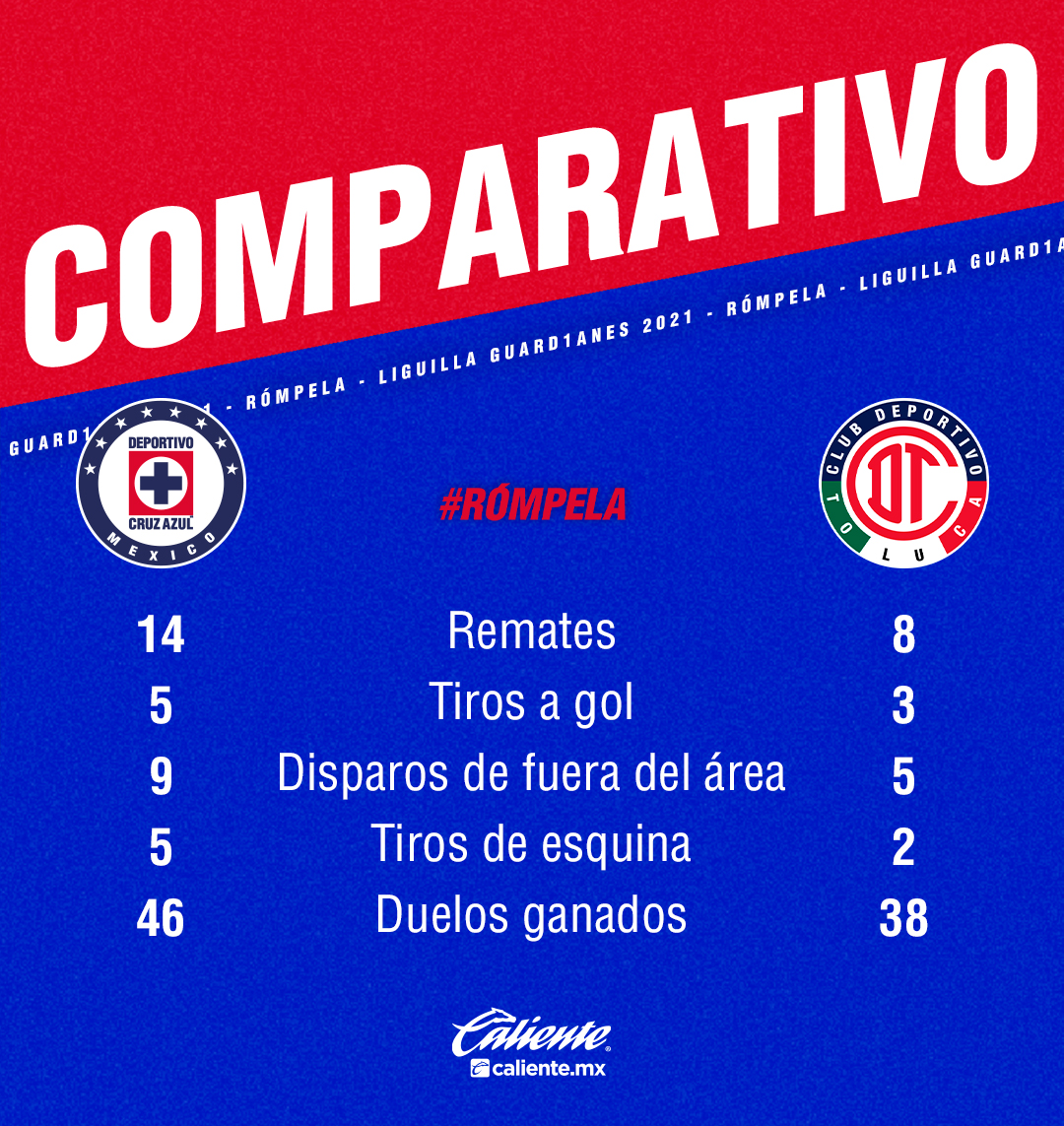 This is how the fans support

What does Toluca need?

What does Cruz Azul need?

Cruz Azul needs to win 1-0 or 2-1 to be in the semifinals; if they were to concede two goals, they would have to win by a two-goal margin.
8:00 PMa month ago

Cruz Azul is looking for a comeback against Toluca, who have a one-goal lead. We begin our coverage.
7:45 AMa month ago

Do not miss a detail of the match with the live updates and commentaries of VAVEL. Follow along with us all the details, commentaries, analysis and lineups for this Cruz Azul vs Toluca match.

With goals from Alexis Canelo and Michael Estrada, Toluca took a 2-1 lead at home; Pol Fernández scored for La Máquina. 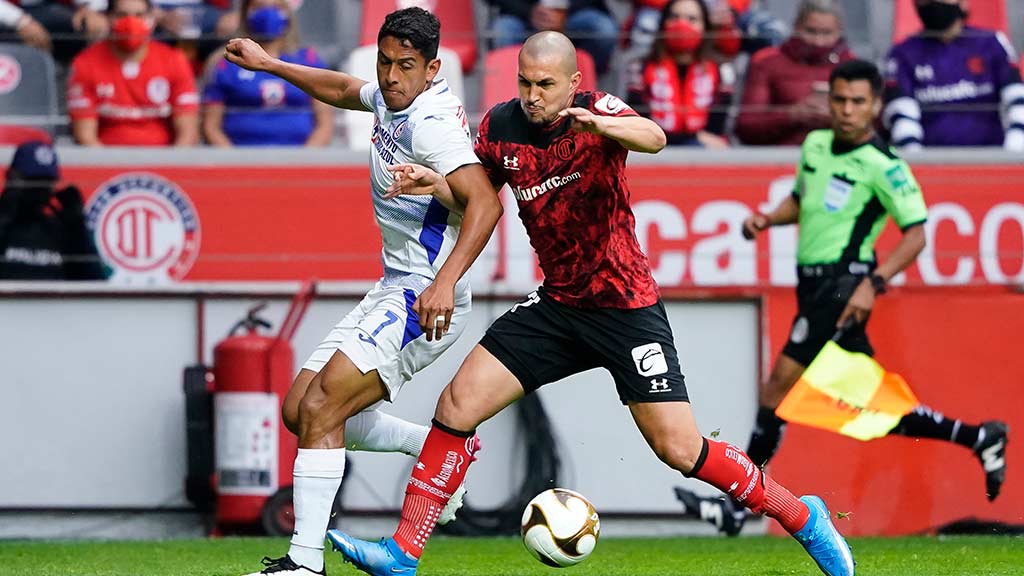 How to watch Cruz Azul vs Toluca Live TV and Stream

The goal scorer is Alexis Canelo, who usually scores the team's important goals and will be looking to continue increasing his quota in the playoffs. 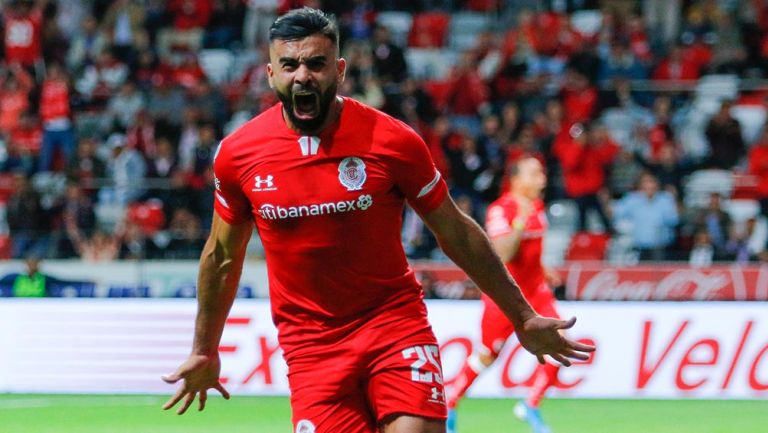 After not starting the last match, Jonathan Rodríguez is expected to be the key player to make the comeback in his territory. 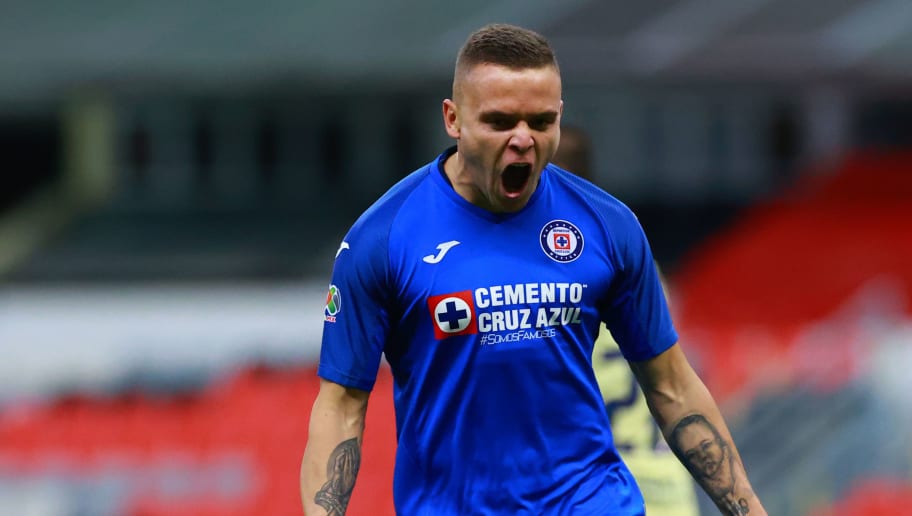 Referee for Cruz Azul vs Toluca

The referee for Cruz Azul vs Toluca will be Fernando Hernández.
7:15 AMa month ago

The Diablos will need to take advantage of the spaces created by their opponents and try to play a flawless game defensively, as they have been one of the teams that has conceded the most goals.
7:00 AMa month ago

Cruz Azul is not thinking about anything other than the championship, so being eliminated at this stage would be a failure for them. They need to win 1-0 or 2-1 to advance to the quarterfinals.
6:55 AMa month ago

The Cruz Azul vs Toluca match will be played at the stadium Azteca, in Mexico City. The kick-off is scheduled at 9:05pm ET.
6:50 AMa month ago