Thank you for following the Cruz Azul vs Pachuca 2021 Liga MX semifinal telecast.
11:03 PM22 days ago

The leader Cruz Azul suffered, but will be in the final and will await the winner of Puebla and Santos to find out their next opponent.
11:02 PM22 days ago

Quiroga is fouled by the referee inside the area.
10:57 PM22 days ago

Red card for Cabral for stepping on Rodríguez.
10:55 PM22 days ago

Moment of scuffle where Juan Reynoso is hit and Santiago Giménez is reprimanded.
10:53 PM22 days ago

Quiroga's cross is headed by Quiroga and goes over the side of the goal.
10:47 PM22 days ago

Pachuca change. Sosa comes out and Nurse comes in.
10:38 PM22 days ago

Pineda leaves and Aldrete enters, a change for Cruz Azul.
10:22 PM22 days ago

Goal disallowed to Giménez for offside.
10:21 PM22 days ago

Herrera and Quiroga come in.

Giménez on the counter-attack and fires a right-footed shot into the goalkeeper's path.
10:10 PM22 days ago

Guzmán's shot was saved by Corona and Pachuca came close.
10:08 PM22 days ago

Figueroa came offside and was flagged. The game remained 0-0.
9:40 PM22 days ago

Rivero gets to the area and when he tries to tap it, Ustari deflects it to a corner.
9:35 PM22 days ago

Ustari comes out for a half, but Giménez was offside.
9:33 PM22 days ago

Álvarez's crossed cross is blocked by the defense.
9:30 PM22 days ago 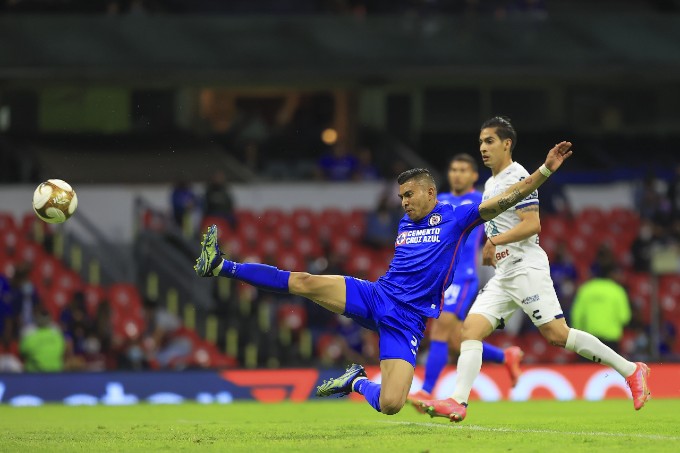 Pardo and Escobar lay down for a few seconds on the field.
9:22 PM23 days ago

Romo's shot to the inside of the near post goes easily into Ustari's hands.
9:21 PM23 days ago

Romo wanted to stop the ball at the center to the near post and it ended up going wide.
9:18 PM23 days ago

Romo's cross and Giménez's first-time shot goes over the top of the goal.
9:14 PM23 days ago

Romo's cross is not touched by Orbelín and the ball goes wide.
9:09 PM23 days ago

Cabecita's shot into the hands of Álvarez.
9:05 PM23 days ago

It looked like a counterattack, but the referee called a foul on Baca and Pachuca was awarded a direct free kick.
9:03 PM23 days ago

De la Rosa's half back is blocked by Aguilar and there will be a corner kick.
9:02 PM23 days ago

Pachuca has started the match with all their energy to try to find the goal that will put them in the lead.
9:01 PM23 days ago

Sosa's foul on Escobar is already sanctioned by the referee.
9:00 PM23 days ago

The match between Cruz Azul and Pachuca begins.
8:57 PM23 days ago

They want to move forward again

A week ago, Pachuca eliminated América, now they are looking to do the same in the same stadium, but now against Cruz Azul.
8:46 PM23 days ago

Cruz Azul has only lost to Puebla and tied with Tijuana, all other home games have been won.
8:41 PM23 days ago

They will rock the Azteca

Cruz Azul will once again count on the support of its fans, who played a key role in the comeback against Toluca. 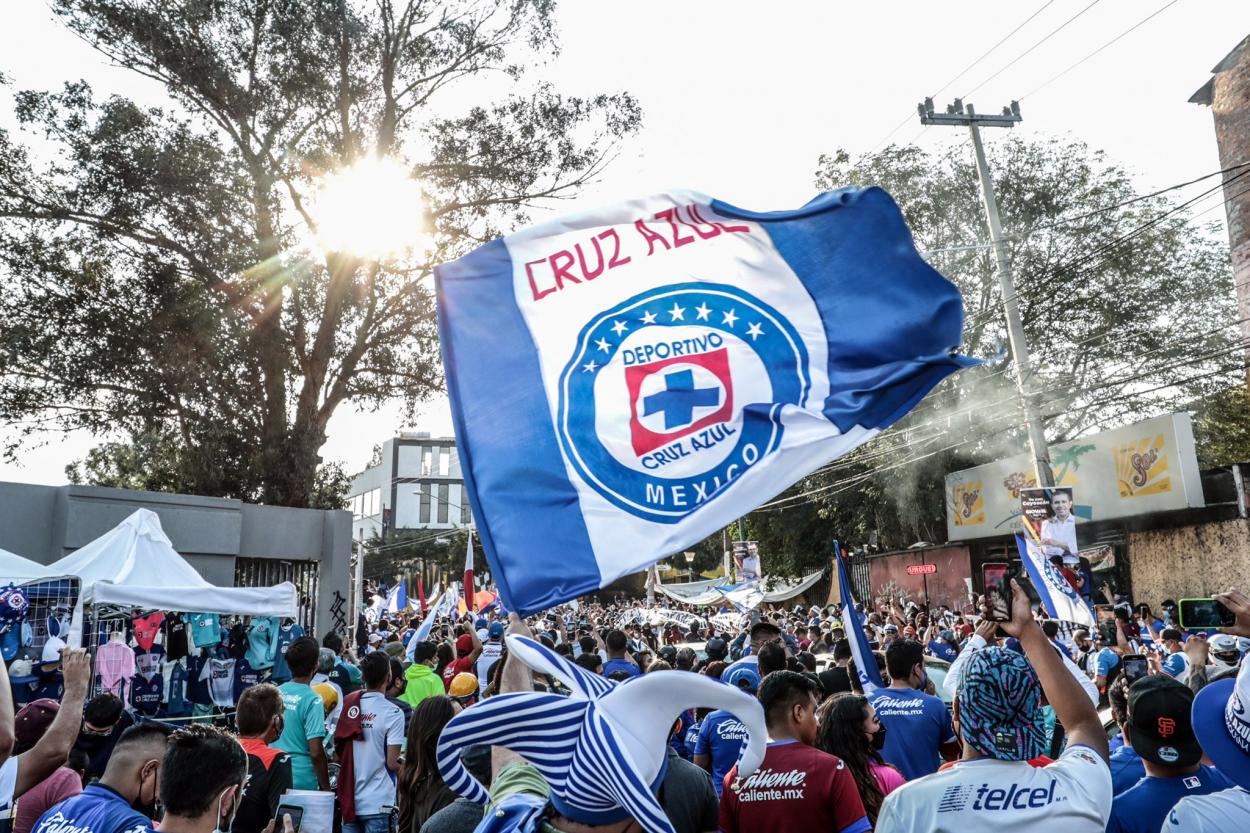 This is what the Pachuca shirt looks like at the stadium. 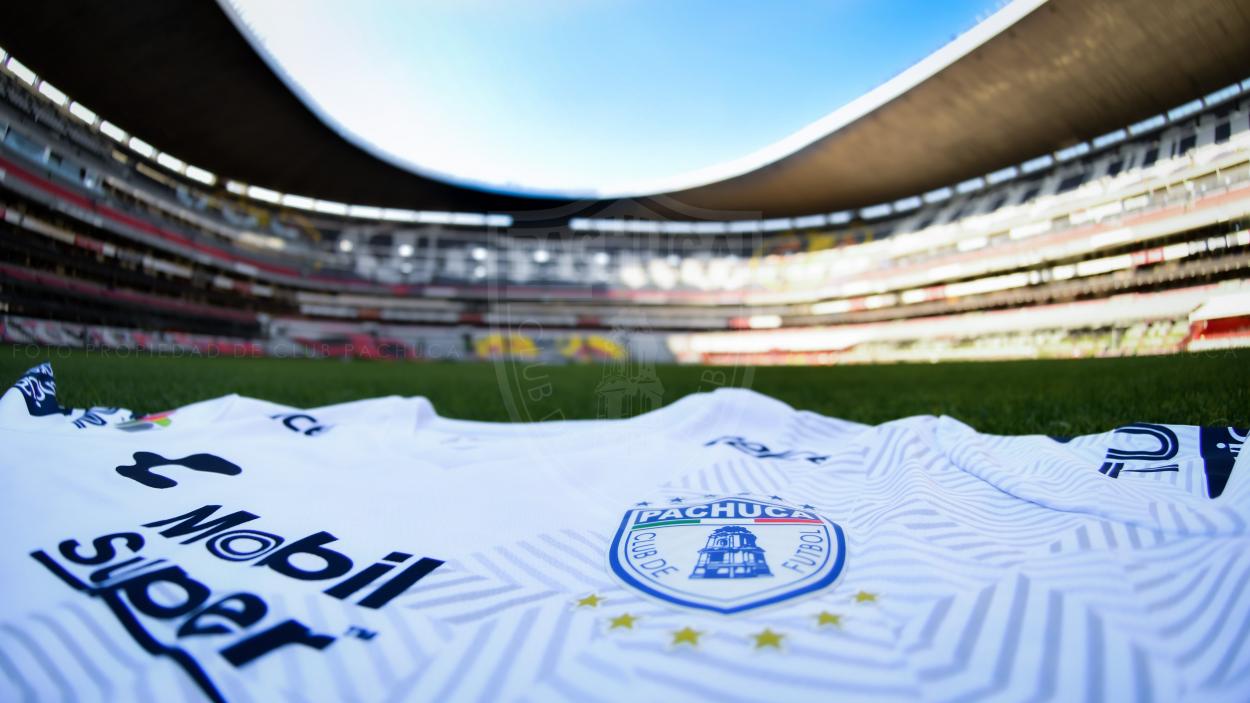 This is how the Cruz Azul players arrived at the Estadio Azteca. 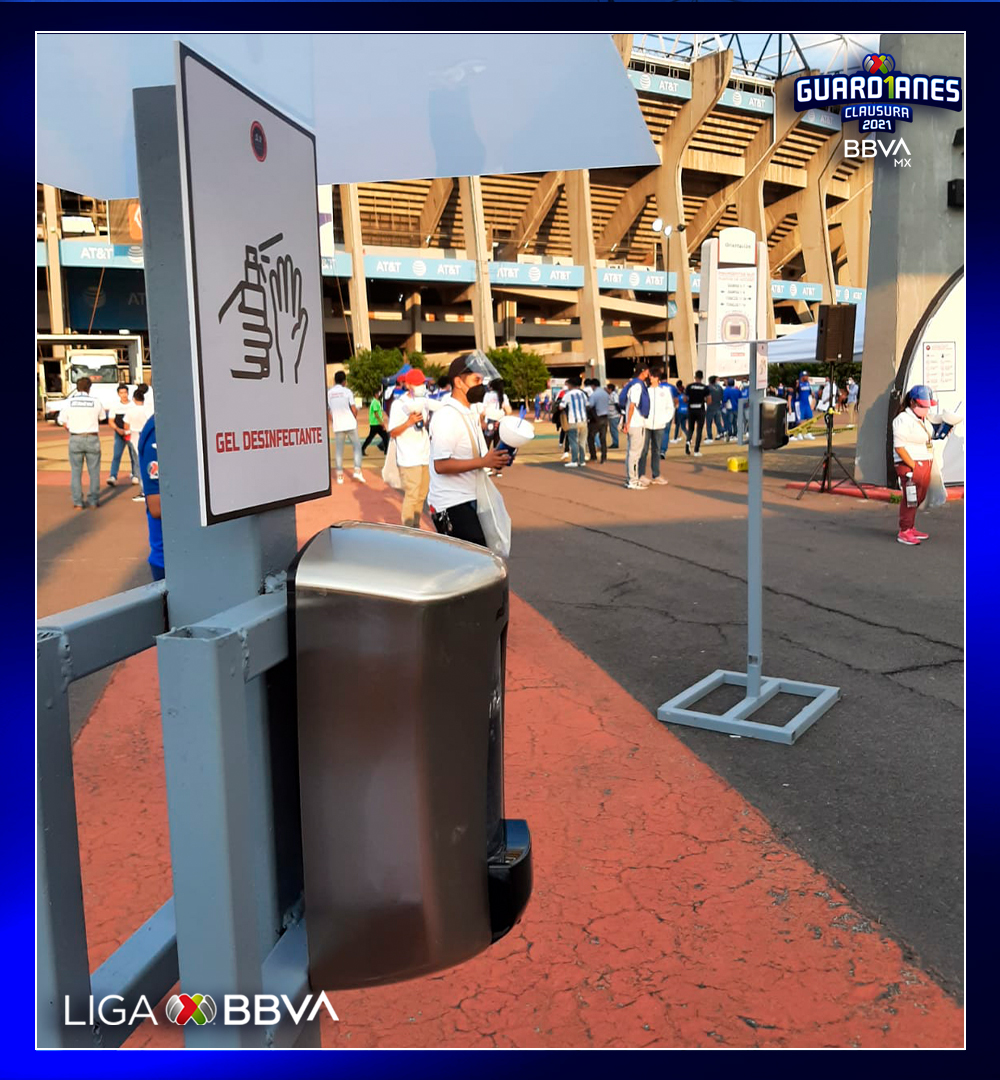 This is how Pachuca was sent away from the hotel 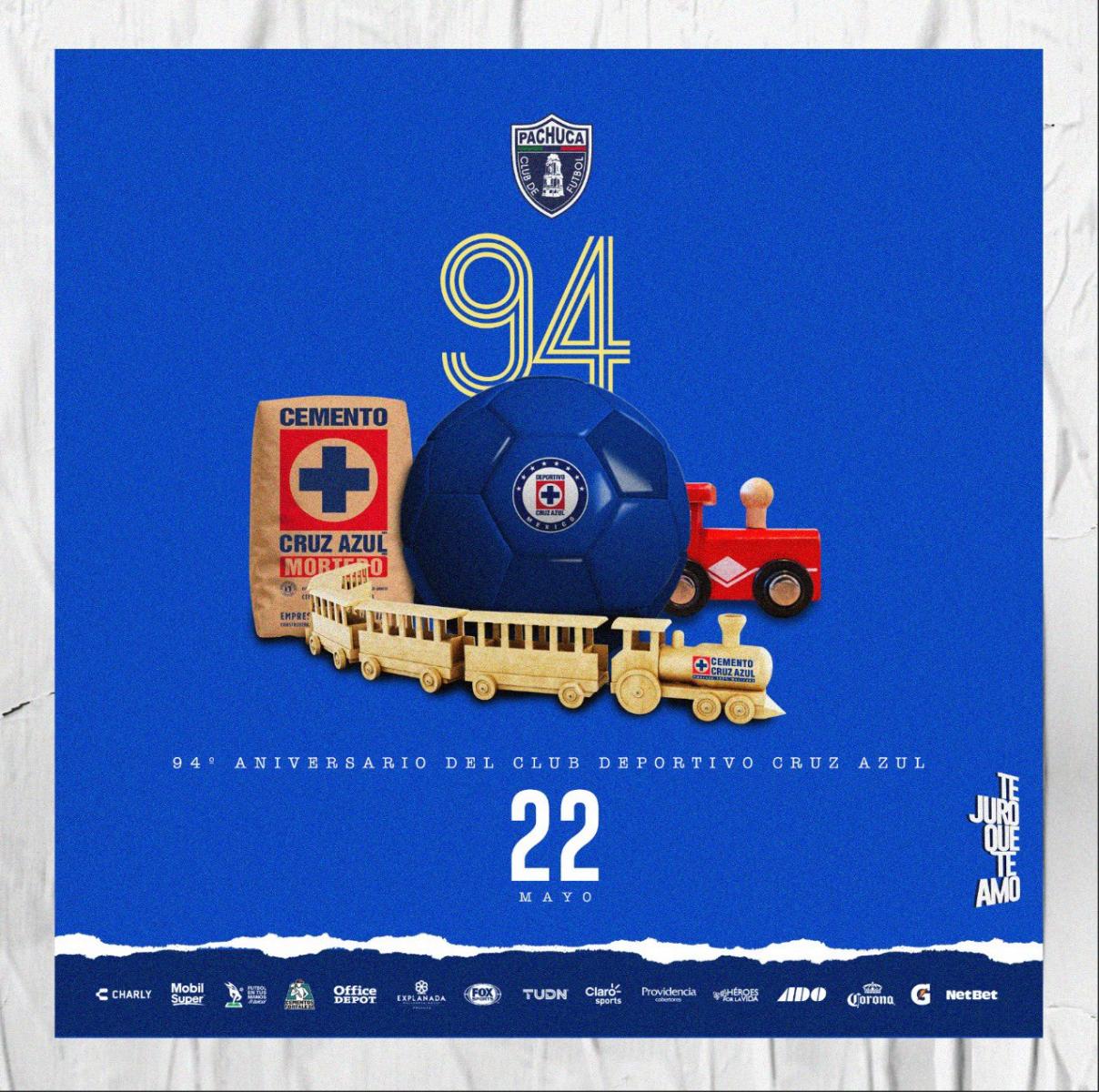 The support of the cement fans 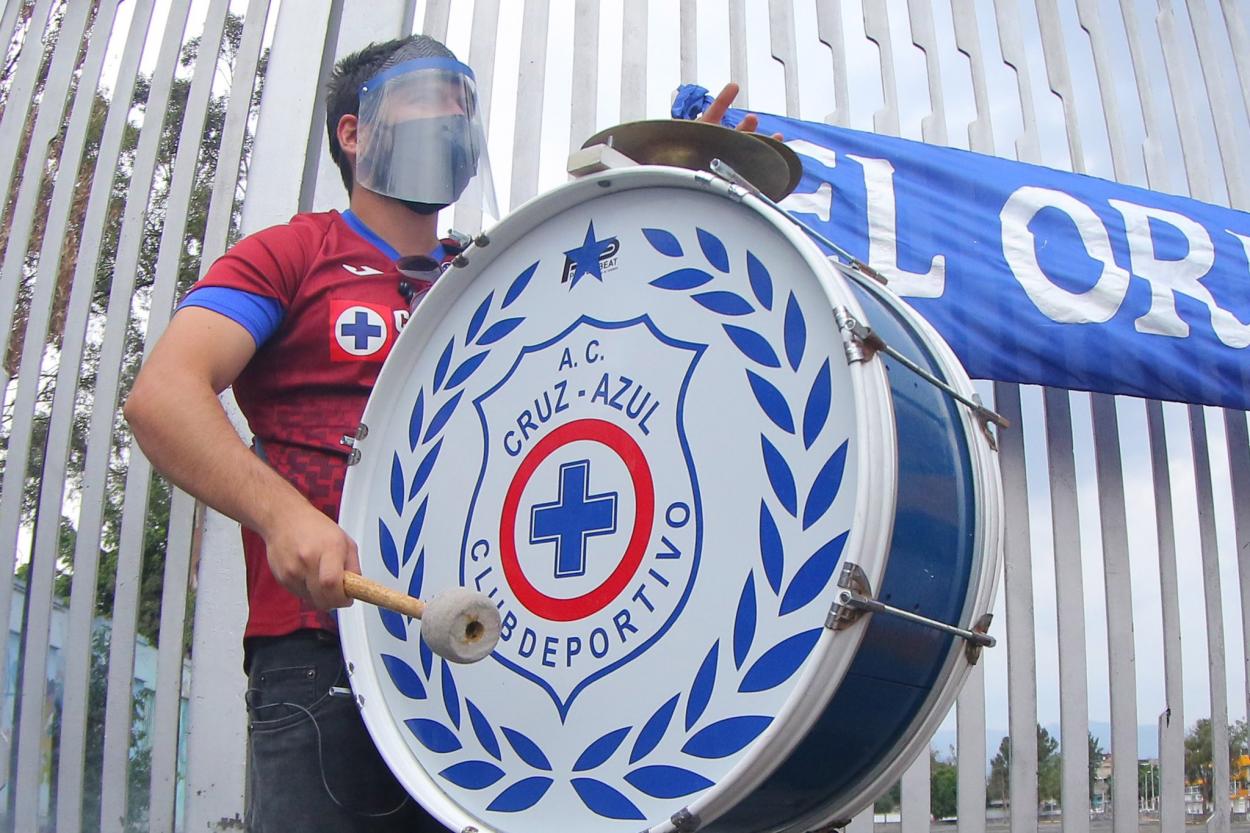 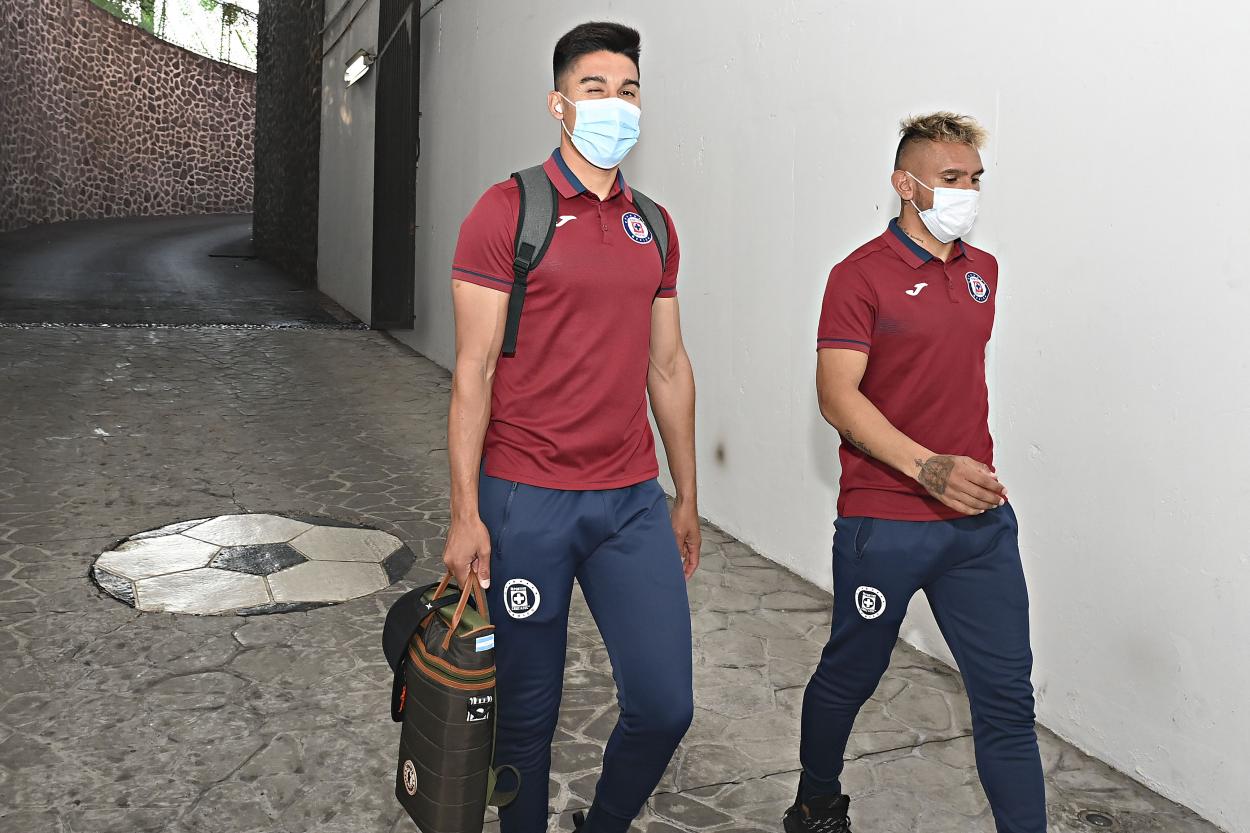 What does Pachuca need?

Pachuca also requires a win by any score or a draw to advance to the next round.
8:02 PM23 days ago

What does Cruz Azul need?

Cruz Azul needs a win or a draw, as long as it is scoreless, because it would advance due to a better position in the overall standings.
8:00 PM23 days ago

Cruz Azul wants to advance to the final, but first they will have to face Pachuca at the Azteca Stadium. We begin our coverage.
3:05 AM23 days ago

Do not miss a detail of the match with the live updates and commentaries of VAVEL. Follow along with us all the details, commentaries, analysis and lineups for this Cruz Azul vs Pachuca match.
3:00 AM23 days ago

Despite the fact that the Tuzos looked for the goal more, the first game ended goalless and the locals will have to win or draw with goals if they want to reach a new final. 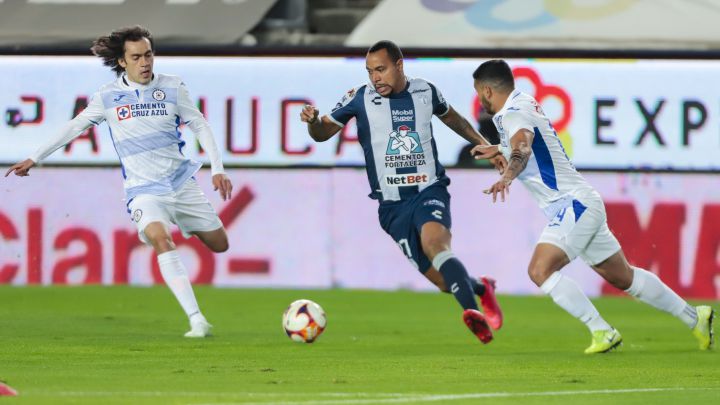 How to watch Cruz Azul vs Pachuca Live TV and Stream

Ecuadorian Romario Ibarra has gone from strength to strength in terms of his performance and the imbalance he can generate on the flanks could be a serious headache for the opponent. 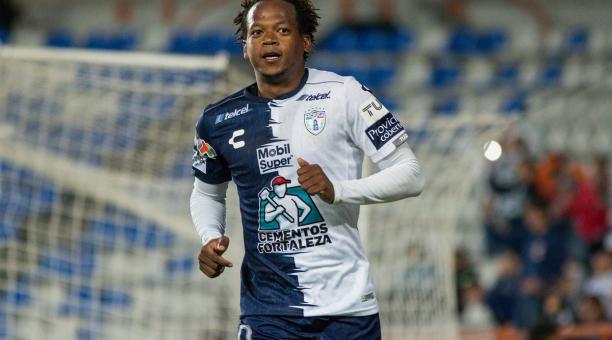 There is no other leader in the offense than Jonathan Rodriguez, so if the ball is constantly passing through his feet and, especially in the box, La Máquina will be closer to the goal. 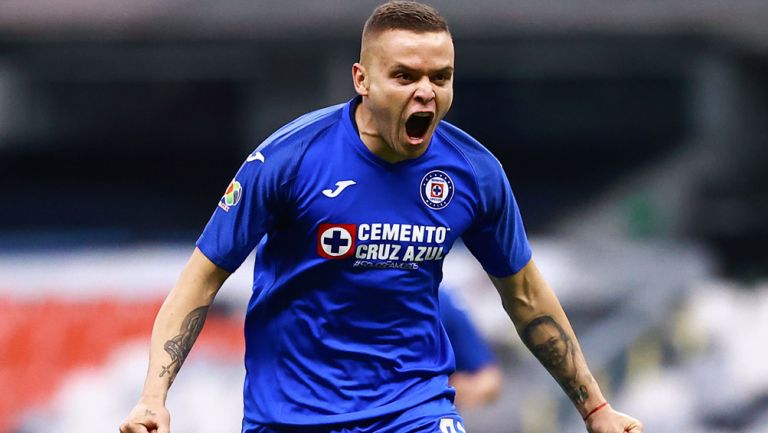 Referee for Cruz Azul vs Pachuca

The referee for Cruz Azul vs Pachuca will be Cesar Arturo Ramos Palazuelos.
2:35 AM23 days ago

The Tuzos have to score a goal to force the opponent to win the game, which is why they will have to be patient and in case of conceding a goal, not get desperate and continue looking for the opponent's goal.
2:20 AM23 days ago

The Maquina has all the ingredients to reach the final and, as they did in the regular season, they will have to make their home advantage count with a victory to take a big step forward.
2:15 AM23 days ago

The Cruz Azul vs Pachuca match will be played at the stadium Azteca, in Mexico City. The kick-off is scheduled at 9pm ET.
2:10 AM23 days ago