Thank you for following the friendly game between Mexico and Iceland, played in the United States.
11:00 PMa year ago

With the changes and the entry of the Europeans for the second half, Mexico defeated Iceland and has declared itself ready for the match against Costa Rica on Thursday.
10:59 PMa year ago

Lozano's mid-range shot is saved by the goalkeeper.
10:48 PMa year ago

Arteaga's cross goes wide and no one finishes at the far post.
10:47 PMa year ago

Lozano crosses into the six-yard box.

Lozano's counter-attack inside the box after a pass from Lainez makes it 1-1.

Free kick in favor of Iceland after Moreno put his foot up too high.
10:34 PMa year ago

Iceland counterattack that Talavera saves with a handball in the edge of the area.
10:31 PMa year ago

Herrara's cross shot is saved by the goalkeeper.
10:30 PMa year ago

Antuna's cross is again blocked by the defense at the near post.
10:28 PMa year ago

Out: Salcedo, Gallardo, Rodríguez and Sánchez.

Mexico tilts the field with superiority, but can't find the equalizer.
10:22 PMa year ago

Moreno was unable to define when the ball was left inside the six-yard box where the goalkeeper saved.
10:21 PMa year ago

Sanchez's cross was deflected by the defense on one side.
10:18 PMa year ago

Lainez's low shot is blocked by the goalkeeper at the near post.
10:16 PMa year ago

Sanchez's cross is blocked by the defense and sent for a corner kick.
10:11 PMa year ago

With no changes, this is how the Mexican team jumps.
10:10 PMa year ago 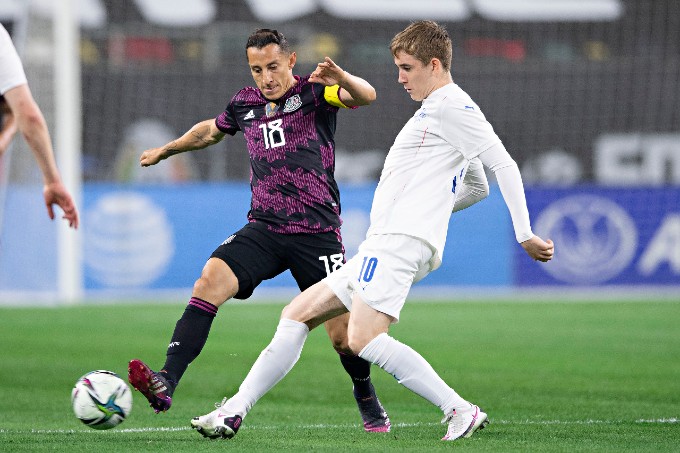 Martin's shot from outside the area was deflected to a corner.
9:45 PMa year ago

Guardado's shot from half distance goes over the goal.
9:43 PMa year ago

Antuna's cross to the near post instead of hitting it with his first attempt, and the Iceland defense turned it away.
9:36 PMa year ago 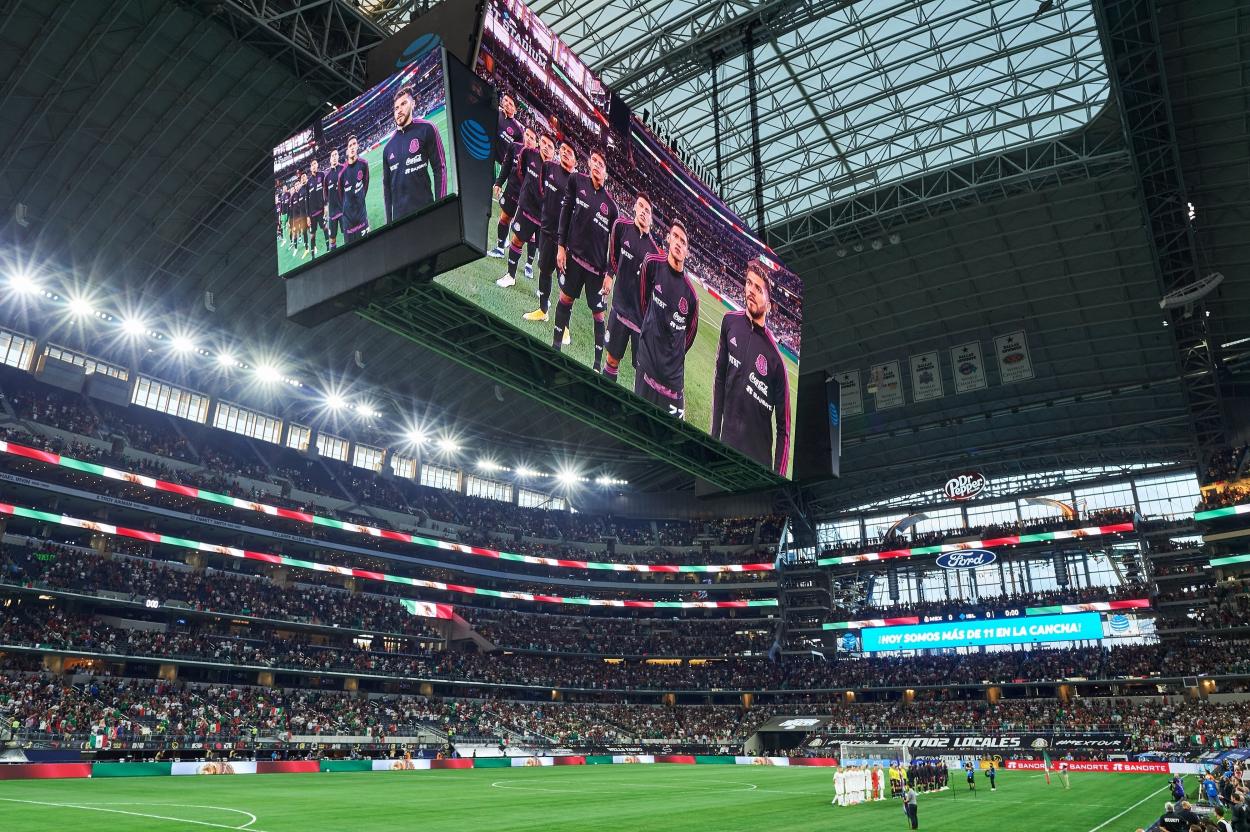 The scorer of the game's goal is the first caution of the night.
9:34 PMa year ago

Antuna's half-range shot is blocked by the goalkeeper.
9:33 PMa year ago

Lainez's mid-range shot is blocked by the defense.
9:30 PMa year ago

Jorge Sánchez tries to break through, but the defensive pressure does not allow him to advance.
9:26 PMa year ago

Antuna misses in a one-on-one with a very soft shot in front of the goalkeeper.
9:24 PMa year ago

A cross to the far post was blocked by Moreno and sent to a corner.
9:23 PMa year ago

Dangerous cross that Talavera put down in the face of offensive pressure.
9:20 PMa year ago 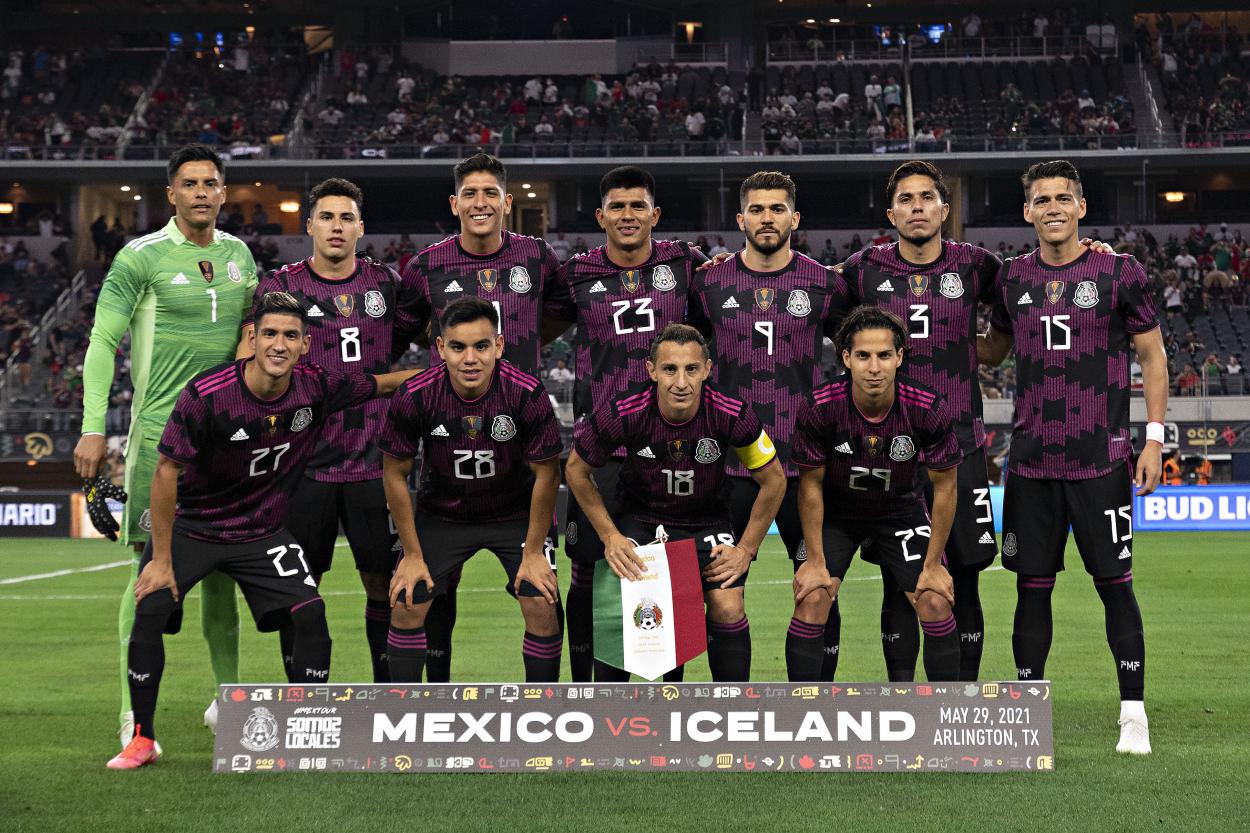 Still not a clear option of danger to either of the two goals.
9:13 PMa year ago

Moreno's cross is controlled by the goalkeeper without problems.
9:08 PMa year ago

The match between Mexico and Iceland kicks off.
8:59 PMa year ago

The anthems of Iceland and Mexico are played.
8:57 PMa year ago

Mexico and Iceland take the field in FIFA protocol.
8:52 PMa year ago

Sixty percent of the AT&T's seating capacity will be available today, and Mexico will have support in the stands for the first time in more than a year.
8:47 PMa year ago

Not far away from making history

Andres Guardado, who will start today, is 12 games away from equaling Andres Guardado's record of 177 games in the national team jersey.
8:42 PMa year ago

Jorge Campos' last match with the national team was against Iceland when they drew goalless.
8:37 PMa year ago

Iceland will return to Europe next week for friendly games against the Faroe Islands and Poland.
8:32 PMa year ago

Mexico will face Costa Rica on Thursday in the Nations League and if they win, they will play in the final against the winner of the match between the United States and Honduras.
8:27 PMa year ago 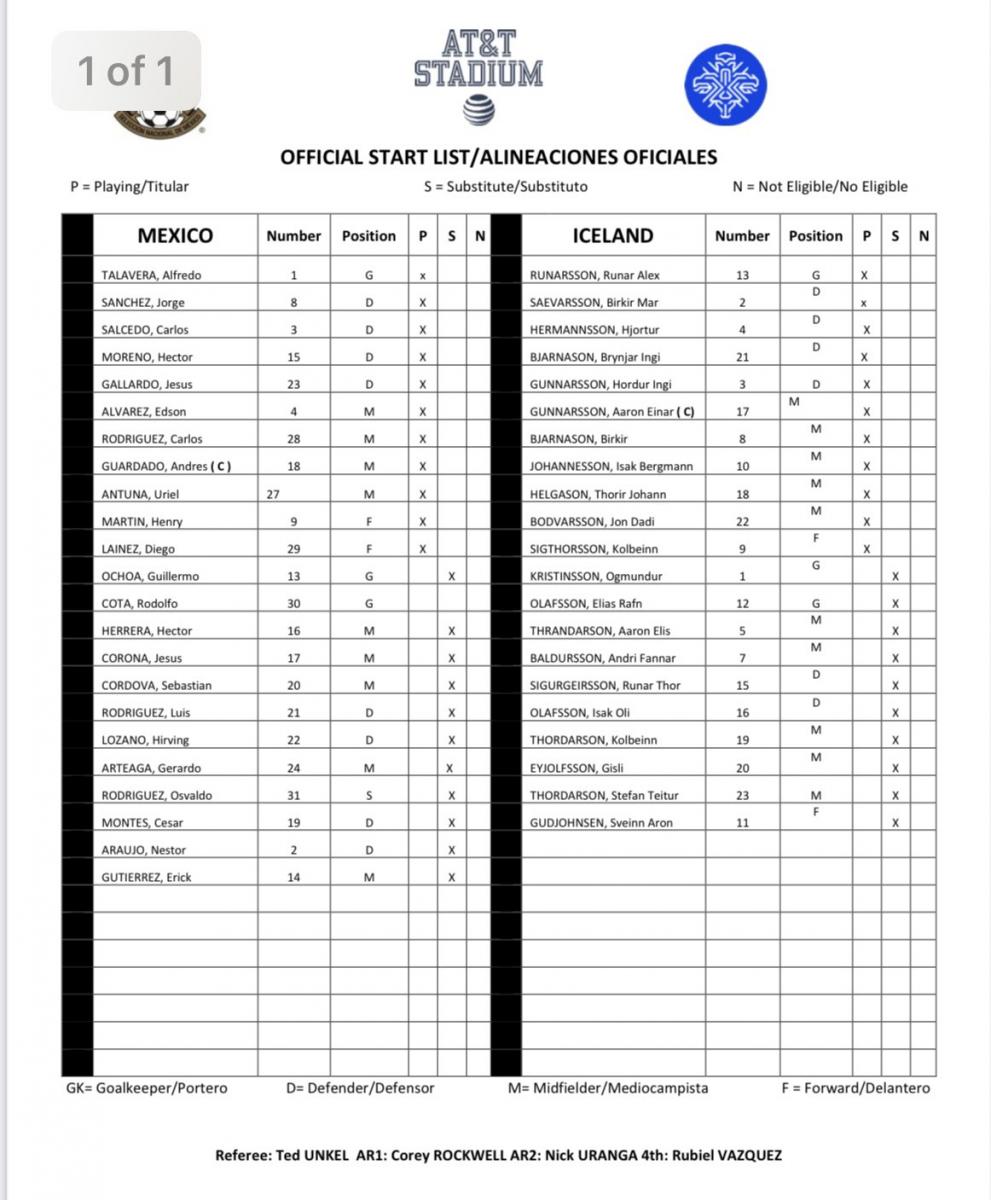 Beyond the fact that it is a friendly match, the Mexican and Icelandic teams held a working meeting, recalling that they have met four times in the last 11 years. 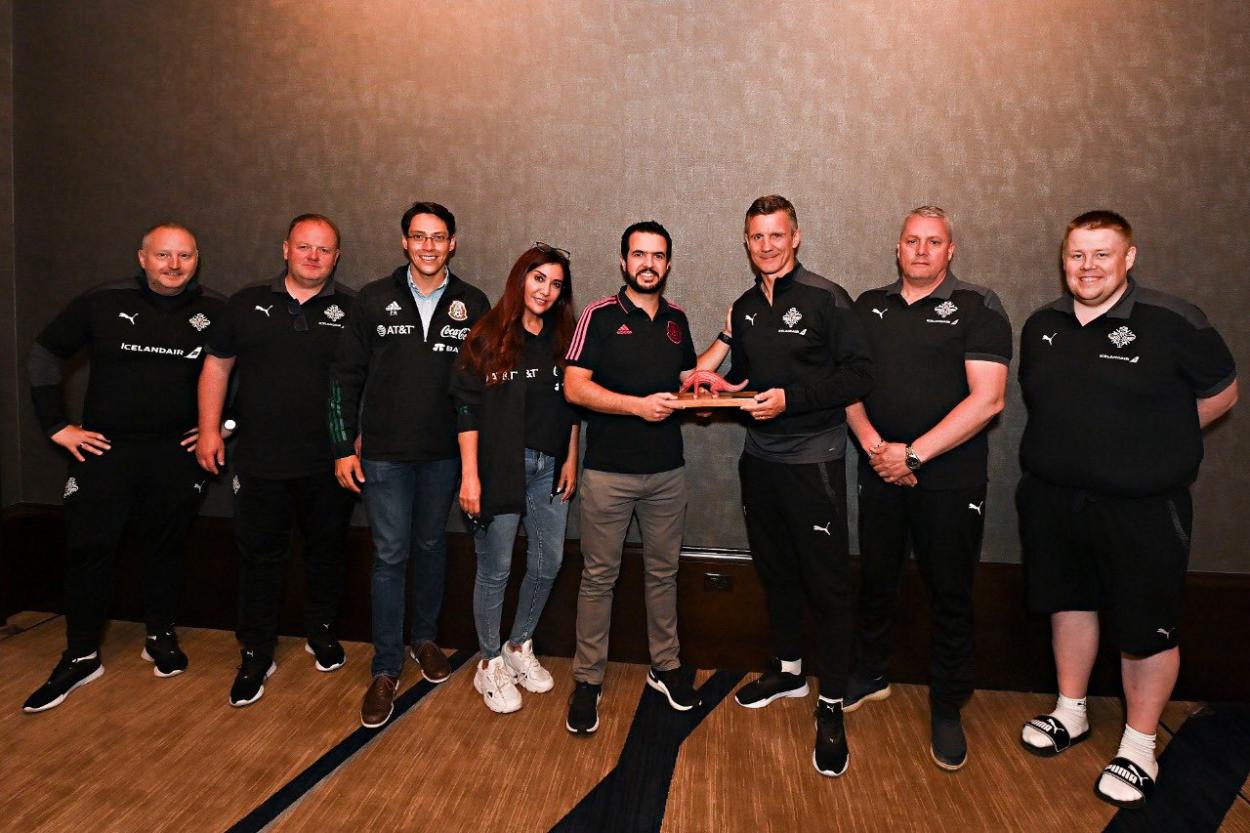 Iceland has already stepped on the field 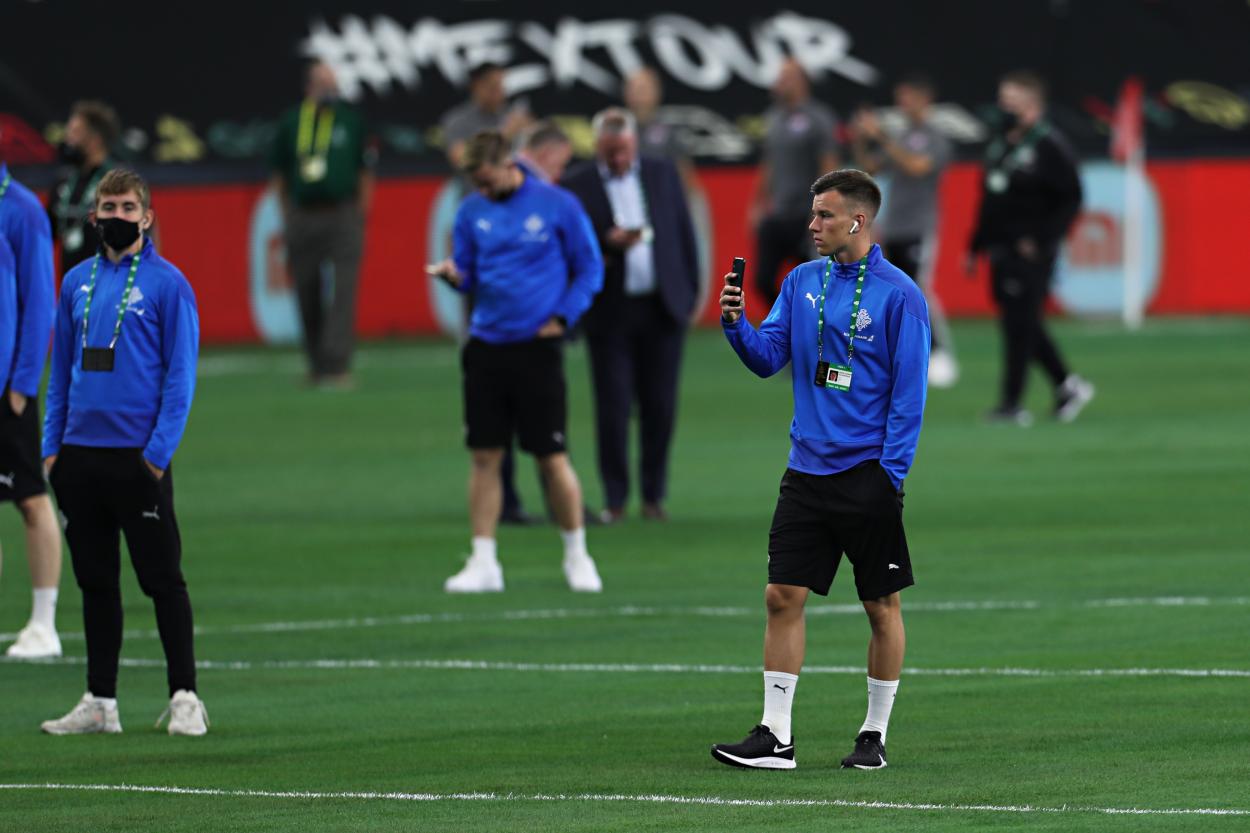 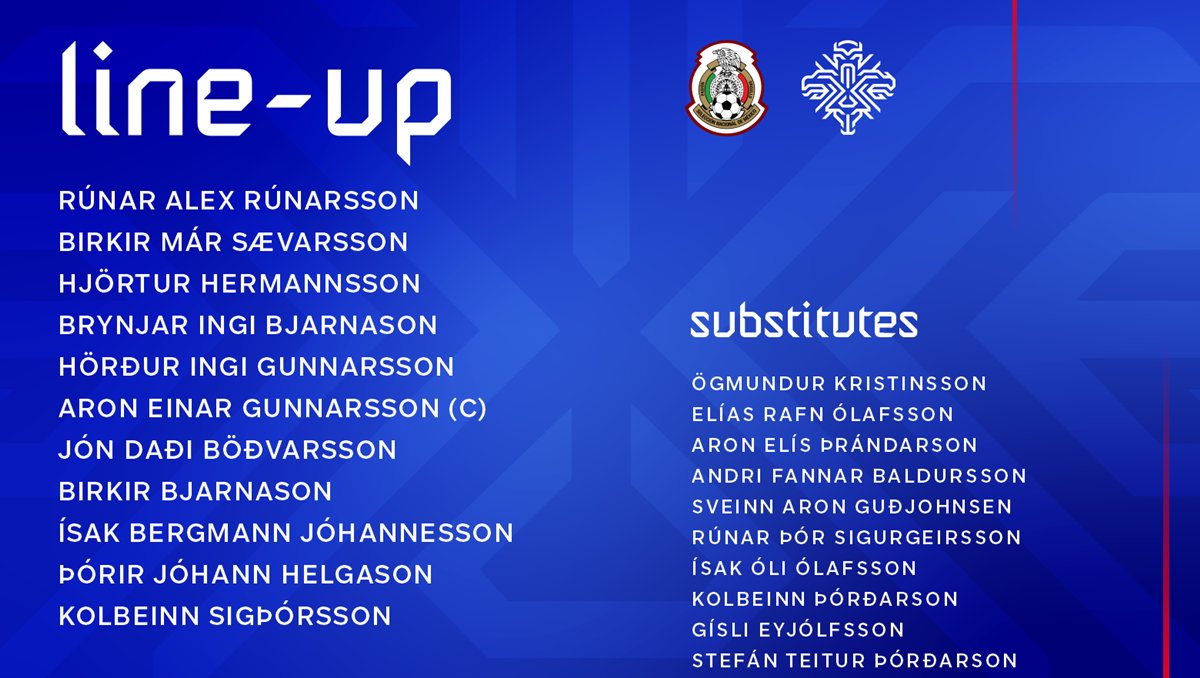 Support for El Tri in Dallas 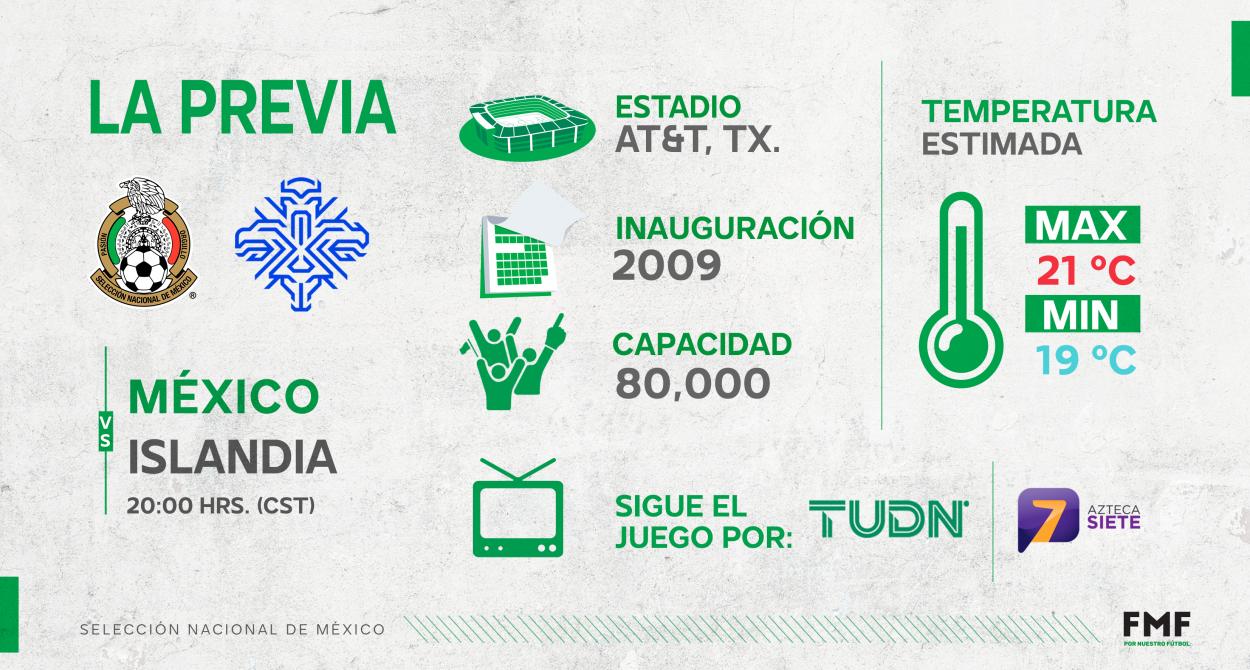 From more to less

Iceland had surprised in the last decade for its good performances, but in the last few months it has been so poor that it will not even attend the European Championship.
7:37 PMa year ago

Due to the absence of Jiménez and Pulido, who will not be integrated until tomorrow, Martino has only Martín as his only nine players.
7:32 PMa year ago

Mexico begins the intense summer and prior to the Nations League against Costa Rica, they will take on Iceland. We begin our coverage.
7:27 PMa year ago

Tune in here for Mexico vs Iceland Live

How to watch Mexico vs Iceland Live TV and Stream?

Last games of Mexico and Iceland

These two nations have met three times in the last 15 years, with a favorable balance for "El Tri" with two wins and one draw. 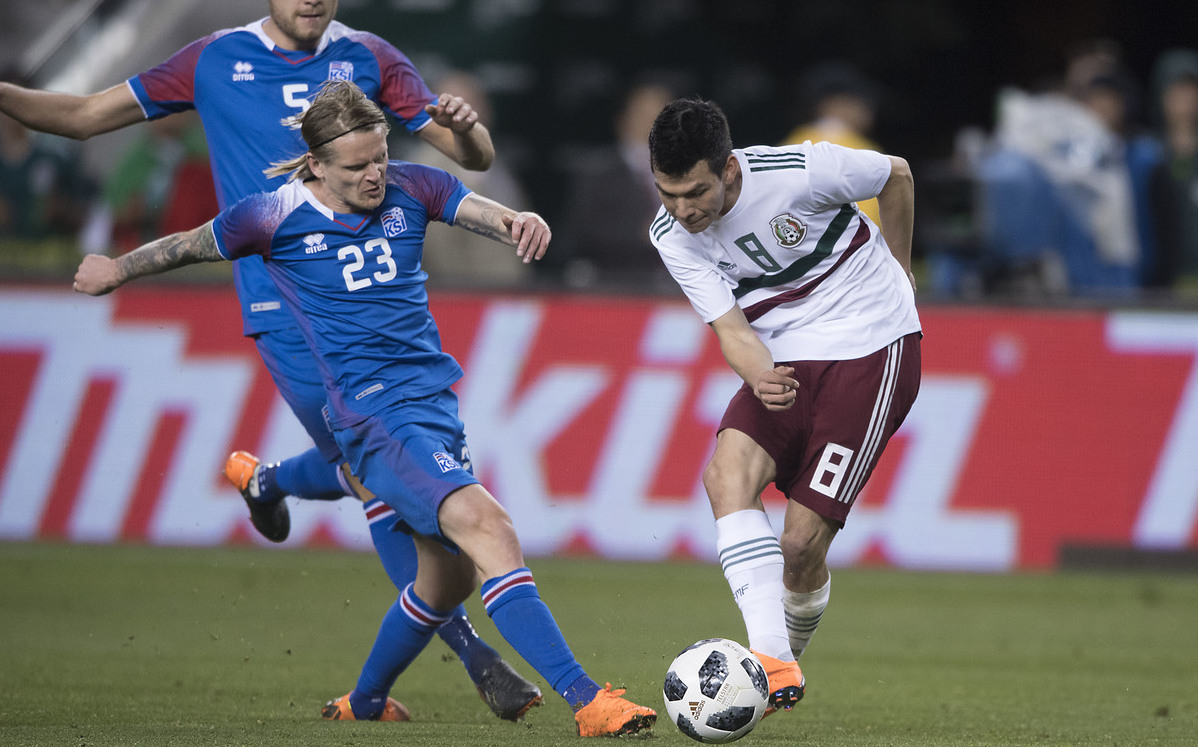 Gylfi Sigurdsson is one of the best known players in the Viking country, as he plays as a midfielder and plays in the Premier League for Everton. 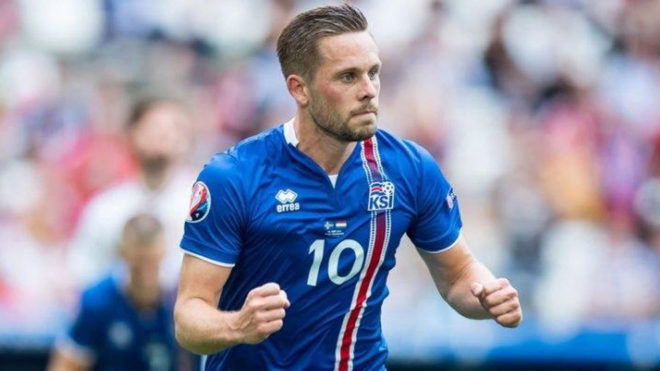 Guillermo Ochoa should have good games with the Mexican national team, as he is one of the favorites to be one of the reinforcements for the Olympic Games. 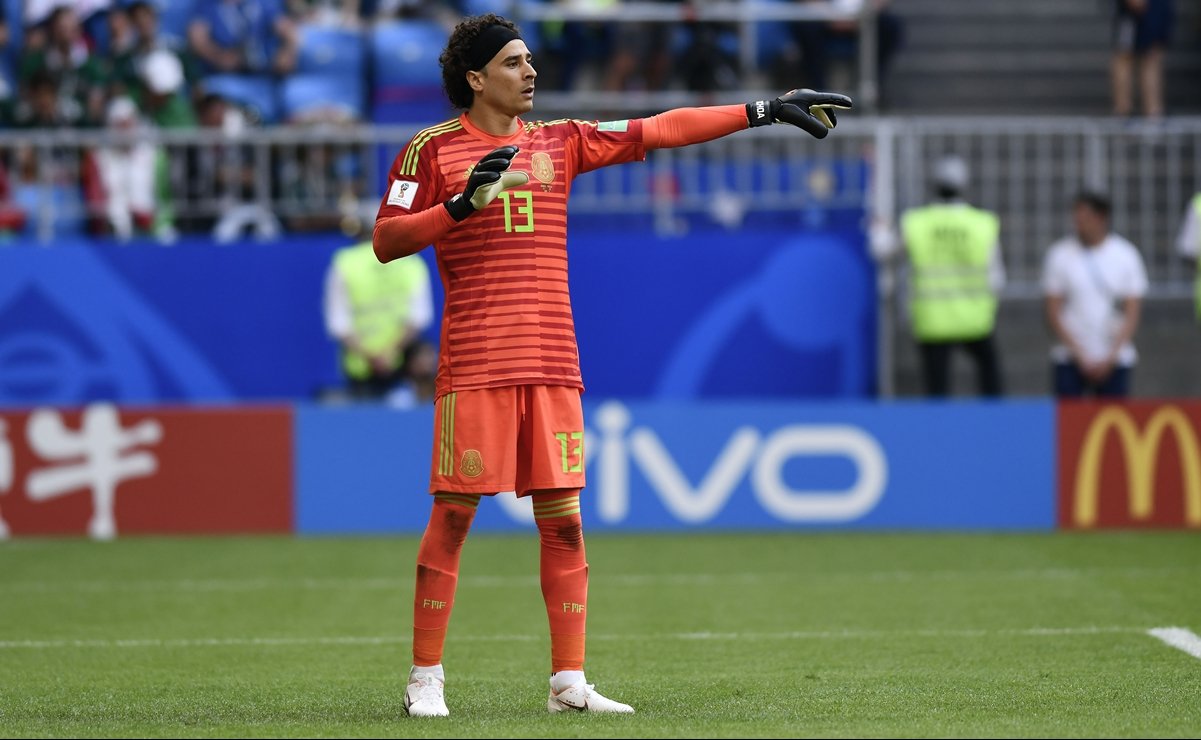 The Dallas Cowboys stadium will have a lot of Aztec support for the first time since before the pandemic started.
6:57 PMa year ago

Since it will not participate in the European Championship, Iceland will have some preparation games to test players in order to improve in the qualifiers where it has only obtained 3 out of 9 possible points.
6:42 PMa year ago

Gerardo Martino will only have this test before facing the Nations League and with the urgent need to find the man who can make a difference in the offense due to the lack of "nines".
6:37 PMa year ago

The Mexico vs Iceland match will be played at the AT&T Stadium, in Arlington. The kick-off is scheduled at 9pm ET.
6:32 PMa year ago

Welcome to VAVEL.com’s LIVE coverage of the 2021 Friendly Game: Mexico vs Iceland!

My name is Adrian Hernandez and I will be your host for this game Mexico vs Iceland Live. We will provide you with pre-game analysis, roster updates, and news as it happens live here on VAVEL.