It's over! Cruz Azul is crowned Champion after 23 years of title scarcity.
11:19 PM14 days ago

Good coverage by Ibargüen that prevents Acevedo's goal from being threatened.
11:11 PM14 days ago

Santos on top. Two corner kicks were saved by the local defense, preventing the visitors from scoring.
11:06 PM14 days ago

Santos came close to scoring, a header from inside the box goes wide.
11:03 PM14 days ago

Change of Santos. Juan Otero comes out and Jesús Ocejo takes his place.
10:59 PM14 days ago

Quite an intense encounter, both teams looking to score another goal.
10:54 PM14 days ago

Double change for Santos. Ayron Preciado and Eduardo Aguirre are replaced by Andrés Ibargüen and Santiago Muñóz.
10:50 PM14 days ago

Romo came close to giving the home side the lead after his header went wide.
10:48 PM14 days ago

Good marking by Preciado that takes the ball away from the Celeste offense.
10:45 PM14 days ago

Close second! Giménez shot, but the ball went well over the goal.
10:40 PM14 days ago

Change of Santos. Fernando Gorriarán is replaced by Ronaldo Prieto.
10:35 PM14 days ago

Goal by Cruz Azul! Jonathan Rodríguez appears after a good display by his team and ends up tying the match.
10:31 PM14 days ago

The one Giménez missed! After Acevedo came out, the 'Chaquito' arrived alone in the area, was late to shoot and ended up missing a clear goal.
10:29 PM14 days ago

The second half gets underway, a very intense game is coming for both teams
10:28 PM14 days ago

At the end of the first half, Santos scored and tied the aggregate.
10:05 PM14 days ago

Goalkeeper! Dangerous play, where Romo ends up shooting between several visitors and shoots, but Acevedo keeps the ball.
9:58 PM14 days ago

Santos goal! Great play by Valdés that goes in between three players and ties the aggregate.
9:56 PM14 days ago

Goalkeeper! Great save by Acevedo prevents Cruz Azul from scoring the second.
9:43 PM14 days ago

Cruz Azul slowly begins to regain possession, but Santos is on top of it
9:32 PM14 days ago

First few minutes and Santos is on the front line
9:23 PM14 days ago

The teams are already on the field singing the Himno Nscional.
9:16 PM14 days ago 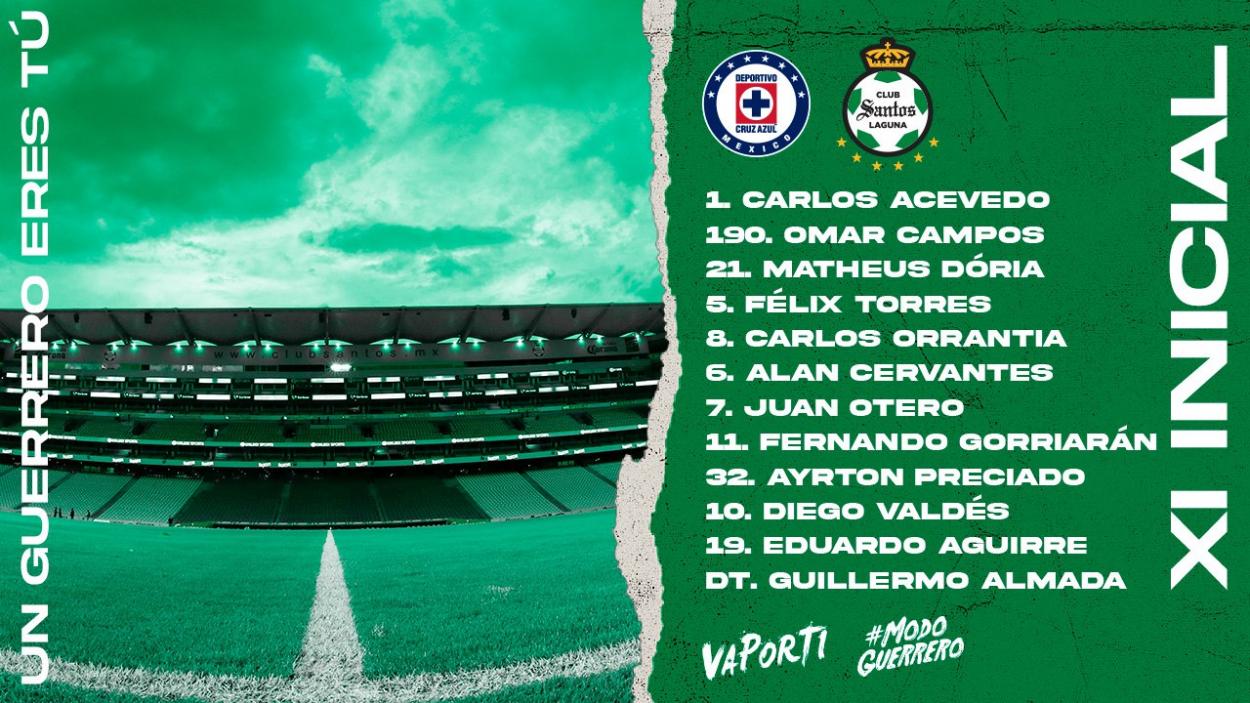 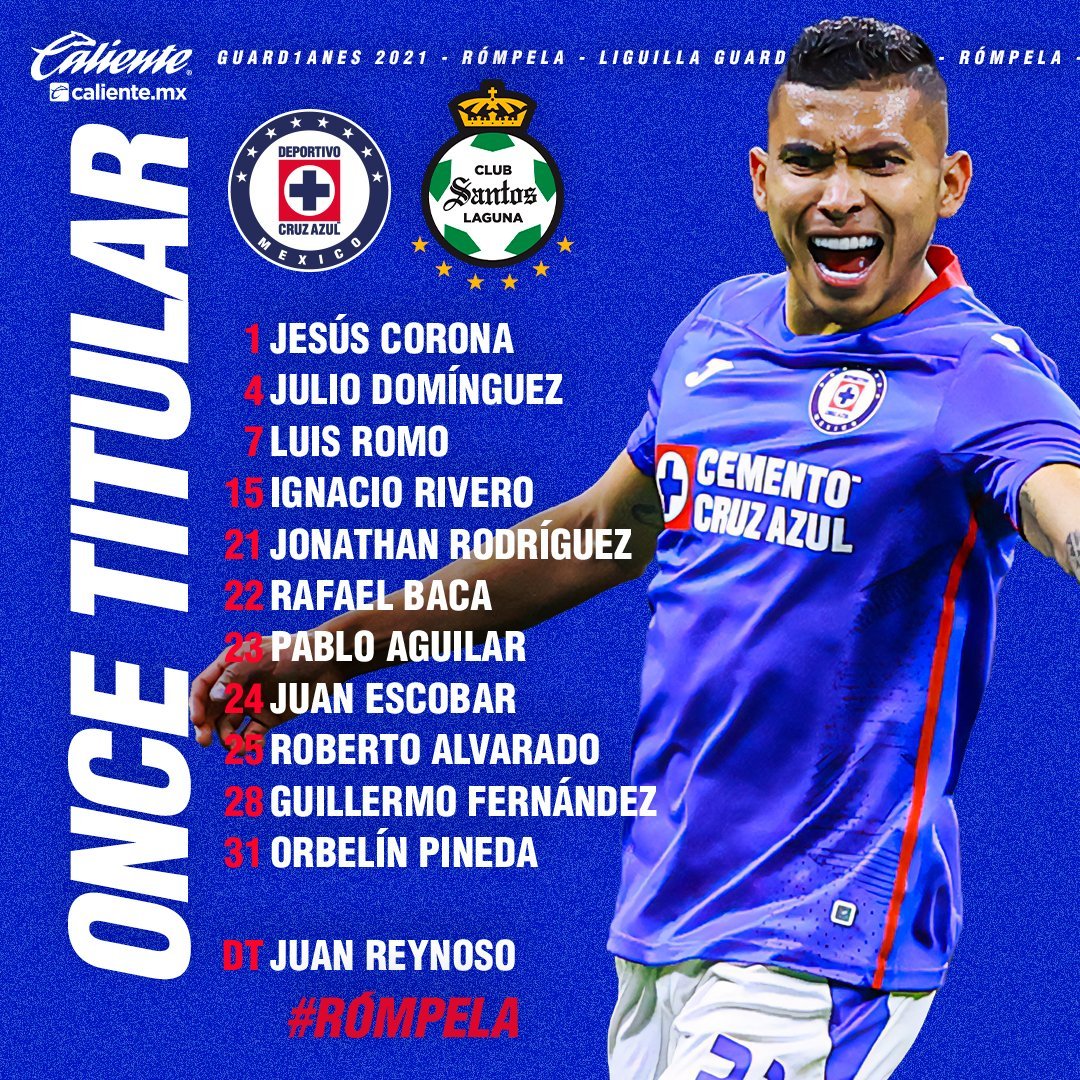 This will be the trophy awarded to the champion of Guard1anes 2021. 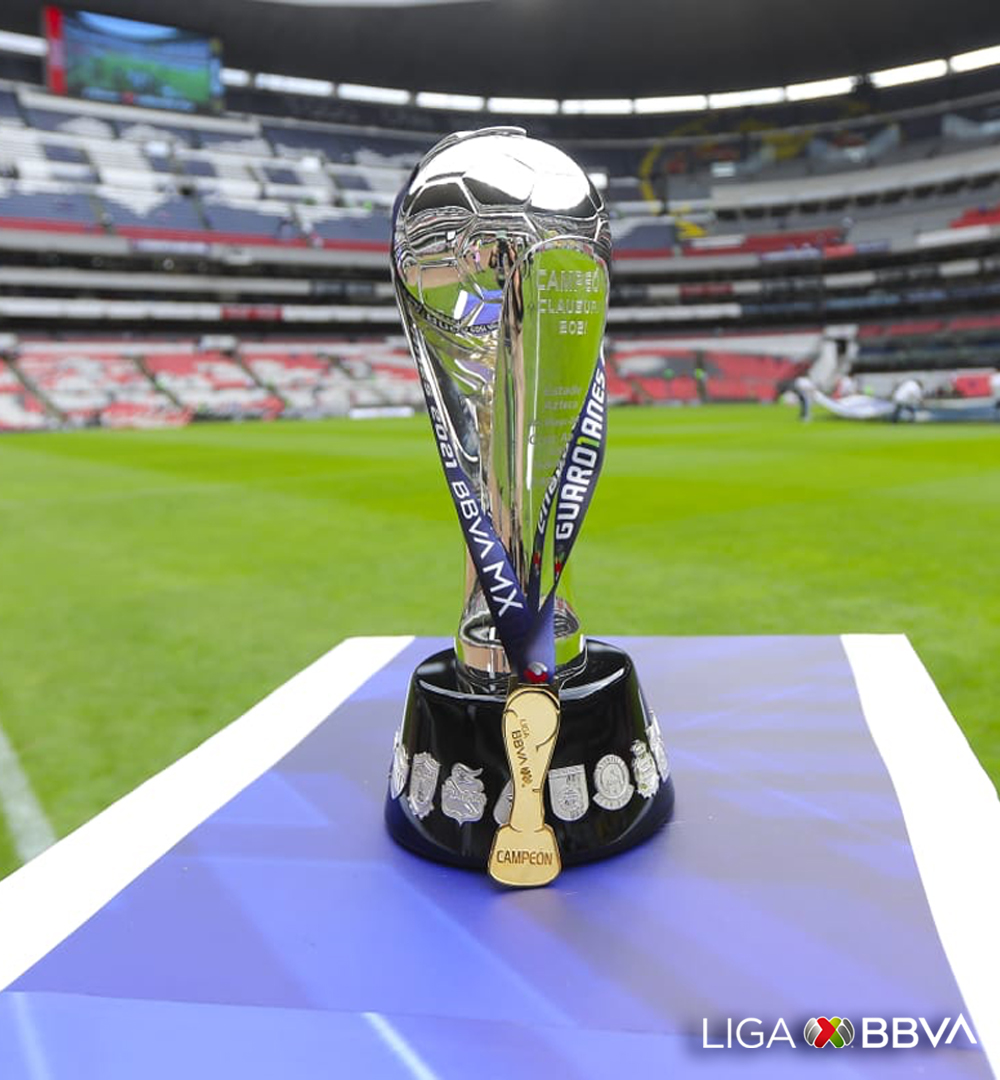 All the health protocols indicated by the authorities are being followed at the Celestes' facilities. 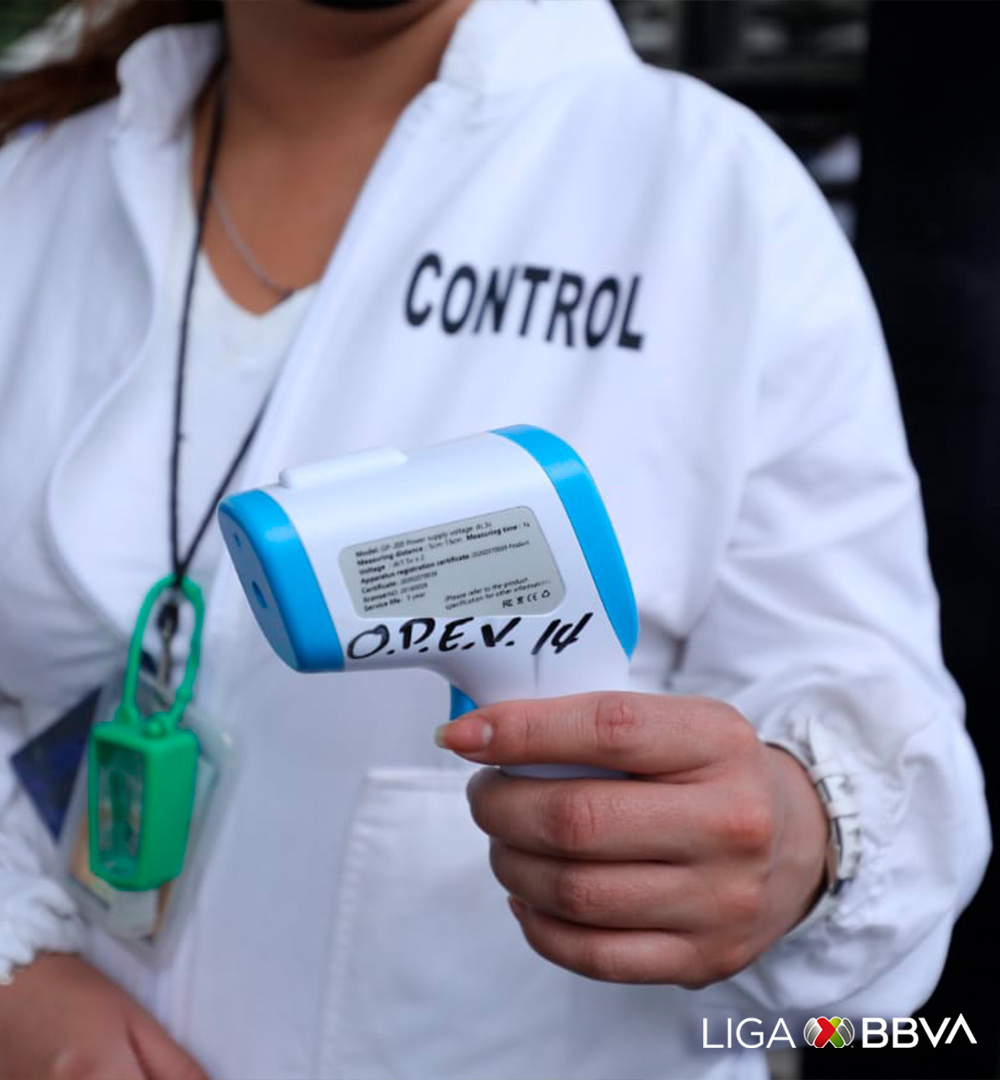 The Warriors are here!

With Almada at the helm, the green-and-white team arrived from Torreón, ready to play the final against Cruz Azul. 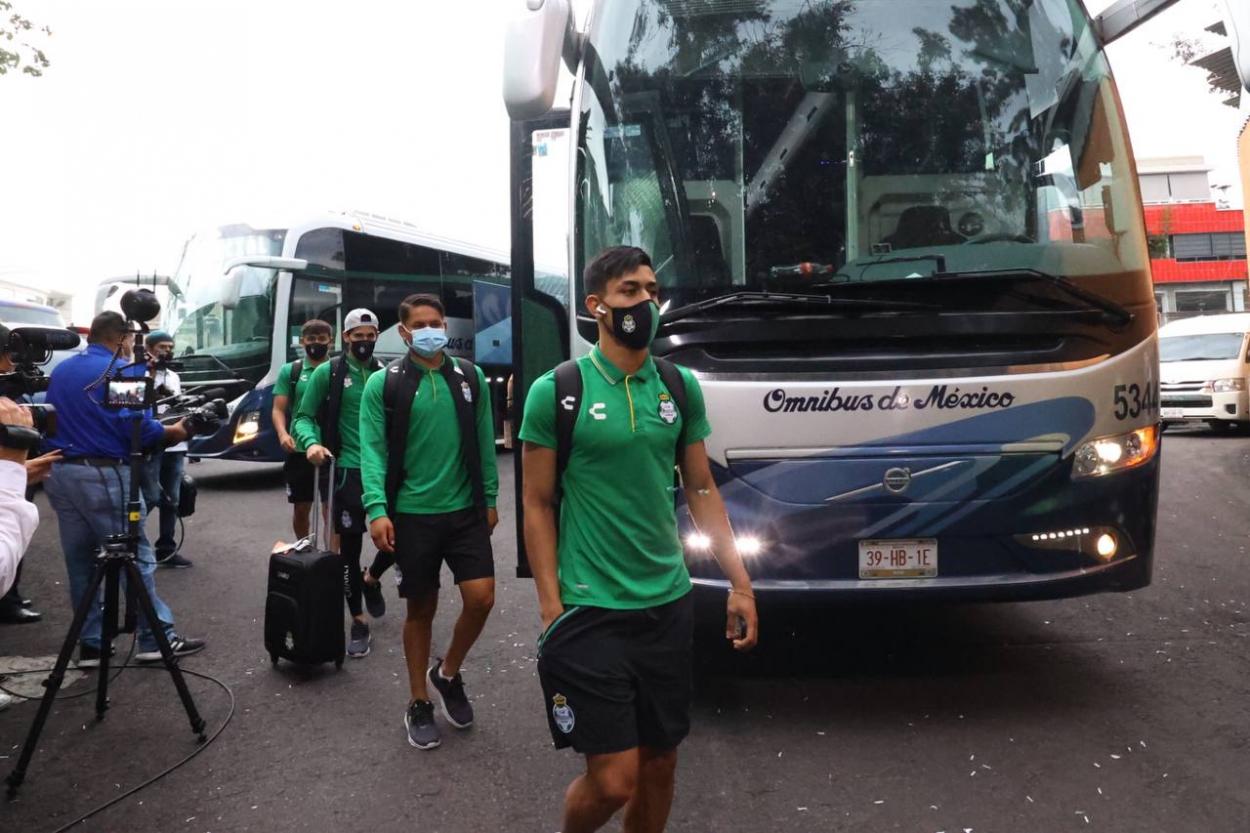 This is how the Azteca stadium pitch looks like, the same one that will host the Guard1anes 2021 final.

The atmosphere to everything!

The fans have been cheering since hours before the game, this is what it looks like outside the stadium.

How to watch Cruz Azul vs Santos Live TV and Stream

The Machine with an advantage!

Cruz Azul won the first leg by the minimum, with a goal by Luis Romo. Tonight, the blue-and-white team will be looking to increase their lead and finally lift the ninth.

Santos, for the surprise

Tonight, Almada's team will try to surprise the light blue team and be crowned with Almada at the helm for the first time. 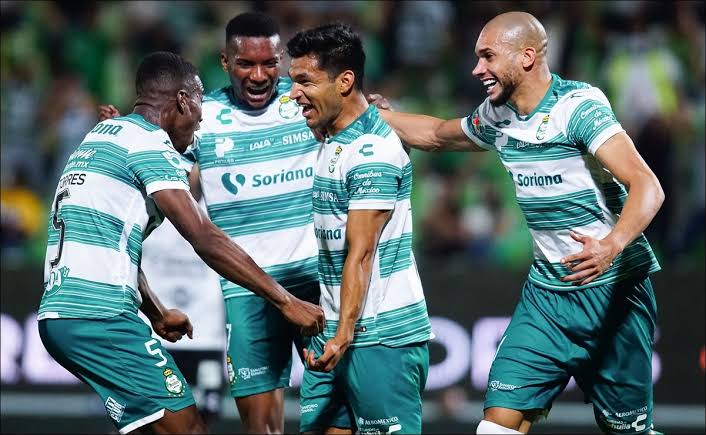 To put an end to the ghosts!

Tonight, Cruz Azul will seek to end a decades-long drought and lift the Copa del Guard1anes 2021. 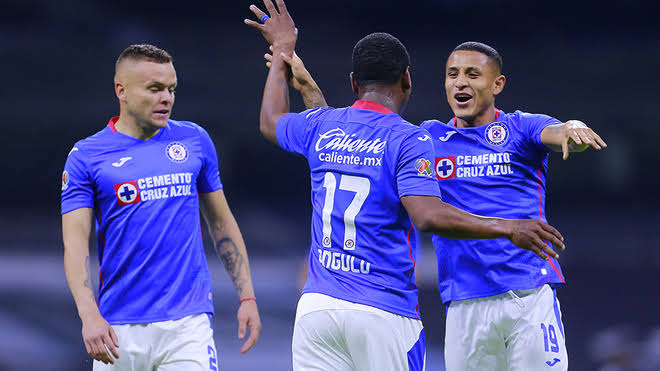 The Cruz Azul vs Santos Laguna match will be played at the Azteca stadium, in México City. The kick-off is scheduled at 07:15pm ET.
7:59 PM14 days ago