Thank you for following the friendly game between Mexico and Australia U23. See you next time.
3:47 PM4 days ago

Mexico won two and drew one match in the mini European tour in the run-up to the Tokyo 2020 Olympic Games.
3:46 PM4 days ago

Shot by Arzani where Malagón leans back and sends it wide.
3:43 PM4 days ago

Aguirre's shot at the near post goes wide of the goal.
3:42 PM4 days ago

Álvarez's cross is not finished by anyone in the area.
3:36 PM4 days ago

Aguirre's shot beats the goalkeeper to make it 3-2.

Zendejas' shot is deflected by the defense and ends up in the corner.
3:29 PM4 days ago

Powerful shot by Alvarez to make it 2-2.

Watts' shot from half distance goes past Malagon to make it 2-1. 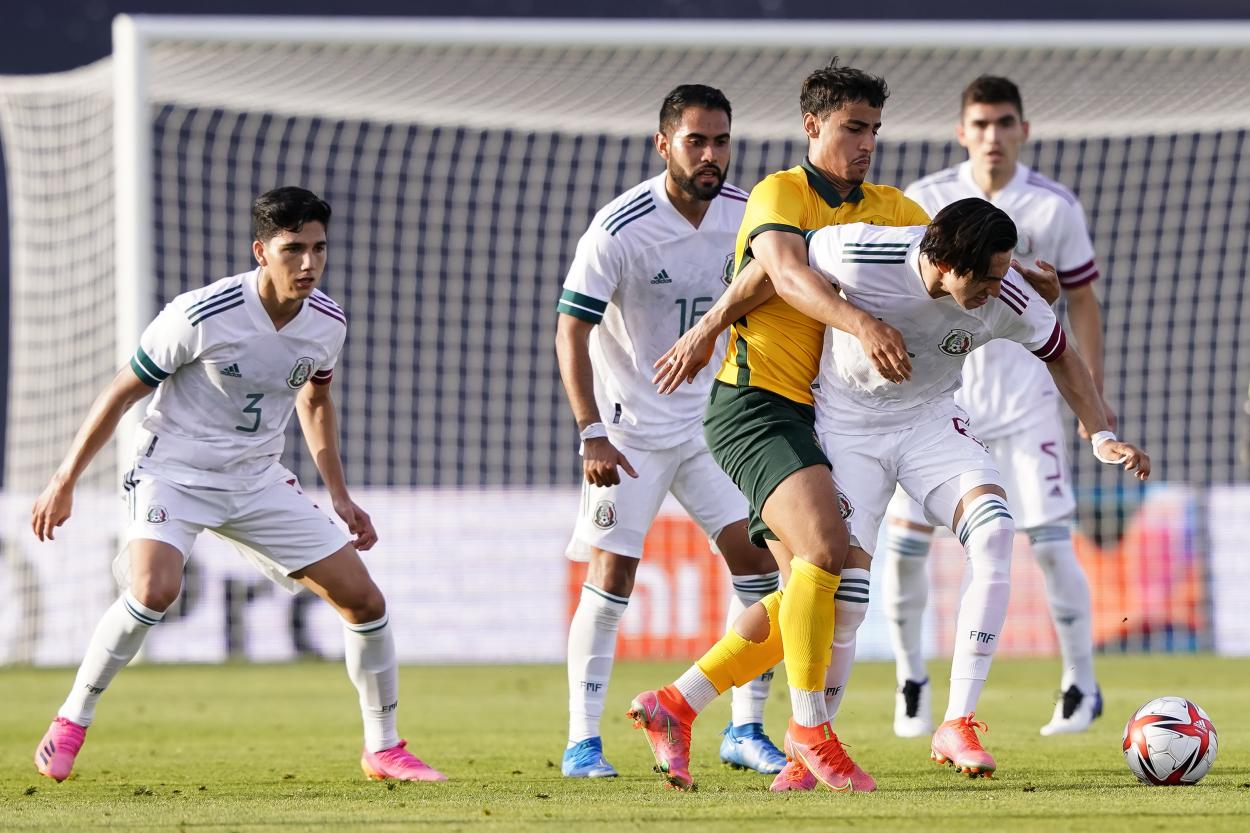 Mexico goal. Angulo's cross-shot from the fixed tactics makes it 1-1.
2:32 PM4 days ago

Goal Australia. Arzani tricks Malagon from the penalty spot to make it 1-0.
2:30 PM4 days ago

The referee has awarded Australia a penalty kick.
2:29 PM4 days ago

Esquivel is encouraged with a mid-range shot that the goalkeeper saves without rebounding.
2:28 PM4 days ago

The game has been full of fouls and now another Australia player, Francois, has been cautioned.
2:27 PM4 days ago

Angulo has been cautioned.
2:26 PM4 days ago

A drifting ball is shot by Fernando Beltrán with power, but the ball goes wide of the goal.
2:23 PM4 days ago

A drifting ball is shot by Fernando Beltrán with power, but the ball goes wide of the goal.
2:22 PM4 days ago

Angulo's cross to the near post goes over the top, but there was a defensive touch beforehand and it will be a corner.
2:21 PM4 days ago

Kalik, of Australia, received a yellow card for the foul on the Aztec player.
2:20 PM4 days ago

Esquivel is left lying on the field after a heavy collision.
2:17 PM4 days ago

Vega's cross to the near post falls short and facilitates the defensive work.
2:13 PM4 days ago

Australia tries to react with some crosses that have not generated more damage.
2:03 PM4 days ago

Kevin Álvarez's cross is cut out by the Australian defense.
2:00 PM4 days ago

The game between Mexico and Australia begins.
1:55 PM4 days ago

Mexico and Australia took the field and their respective national anthems are currently being sung.
1:54 PM4 days ago

Warming up the Tricolor

Fighting for the title

Jaime Lozano indicated that any of the players called up could have started today: "We will try to choose the best possible lineup, everyone can start because of their level".
1:34 PM4 days ago

This is how the Mexican National Team arrived 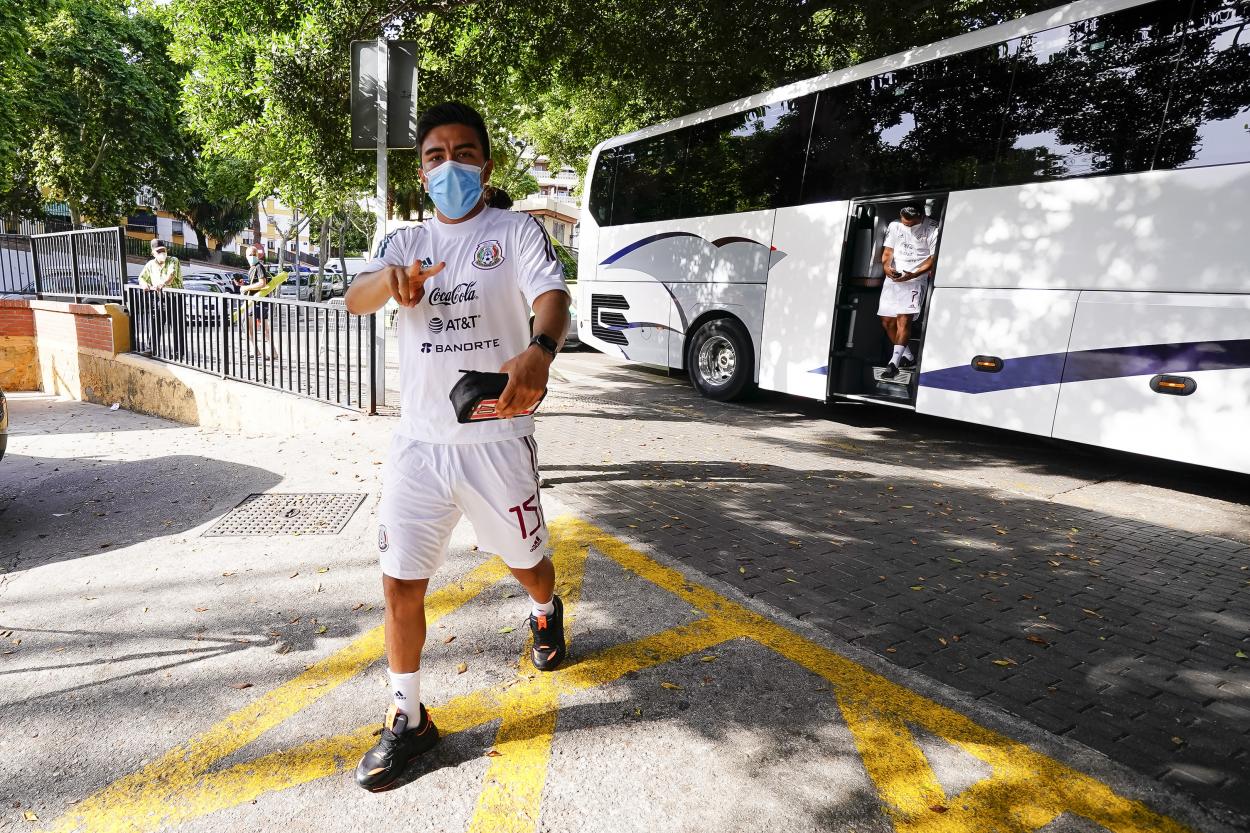 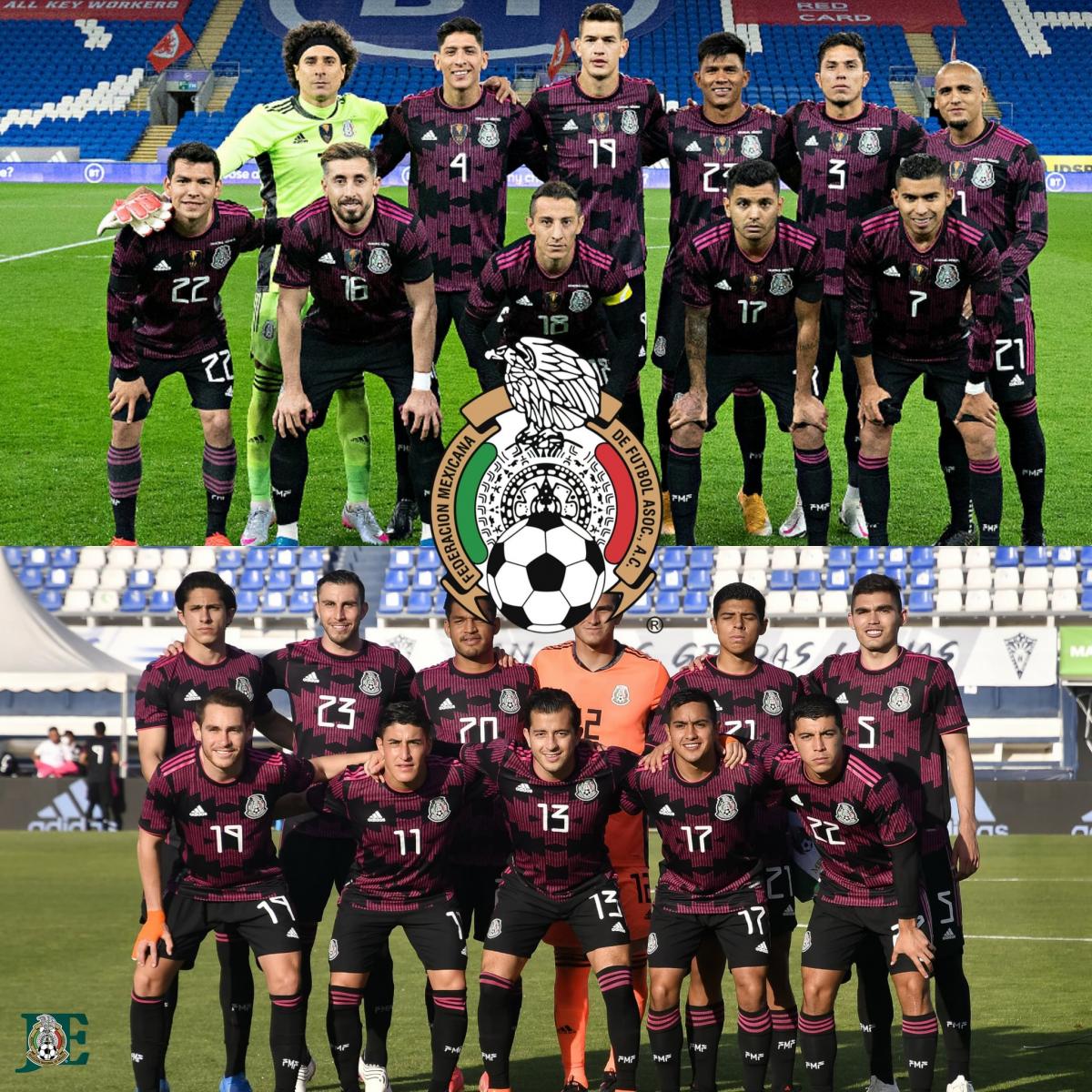 We pray for Christian Eriksen

The match between Denmark and Finland was in progress when Christian Eriksen collapsed on the field. We send our best wishes and prayers for a speedy recovery so that he can be back on the field.
1:12 PM4 days ago

Support for El Tri from around the world 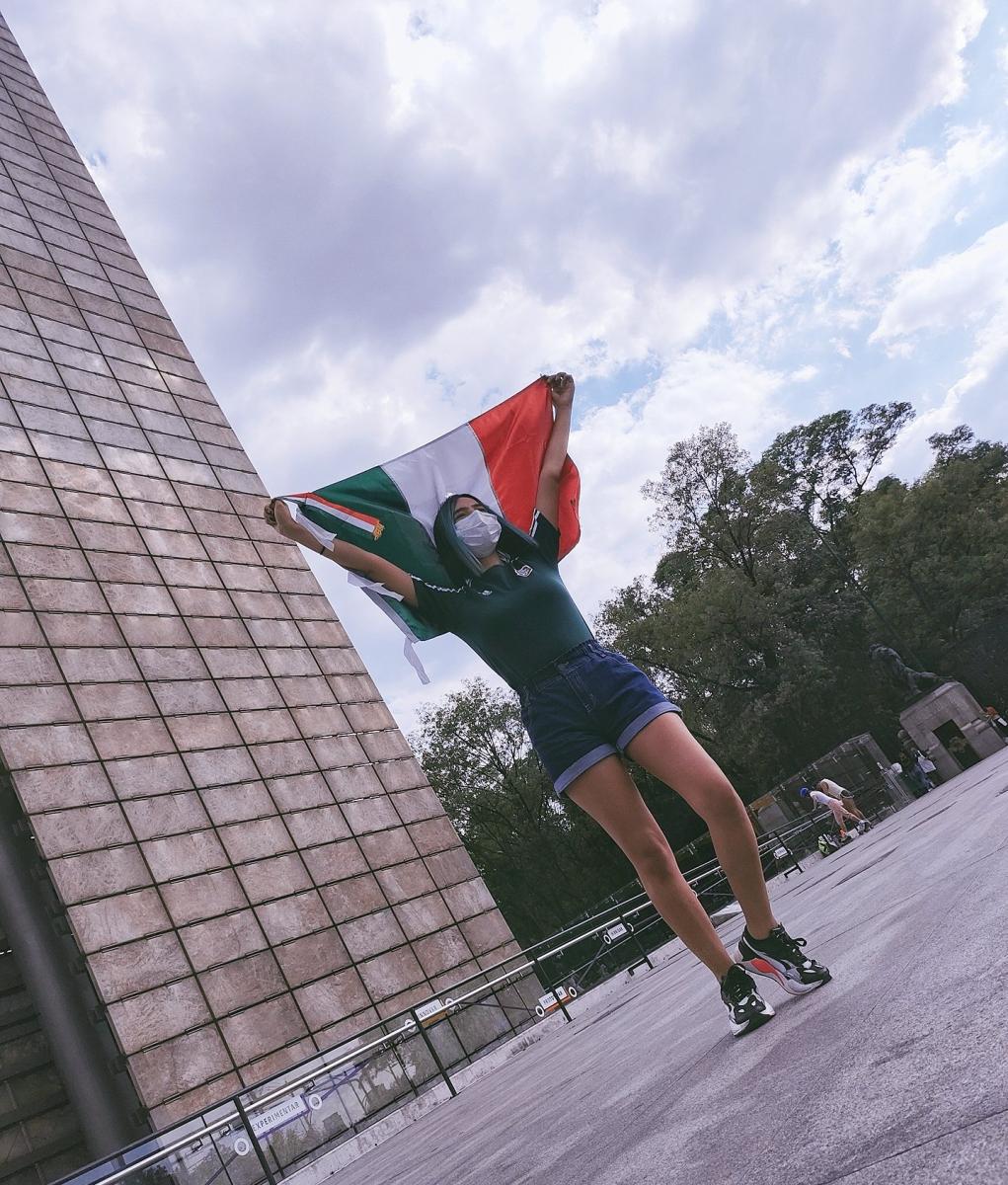 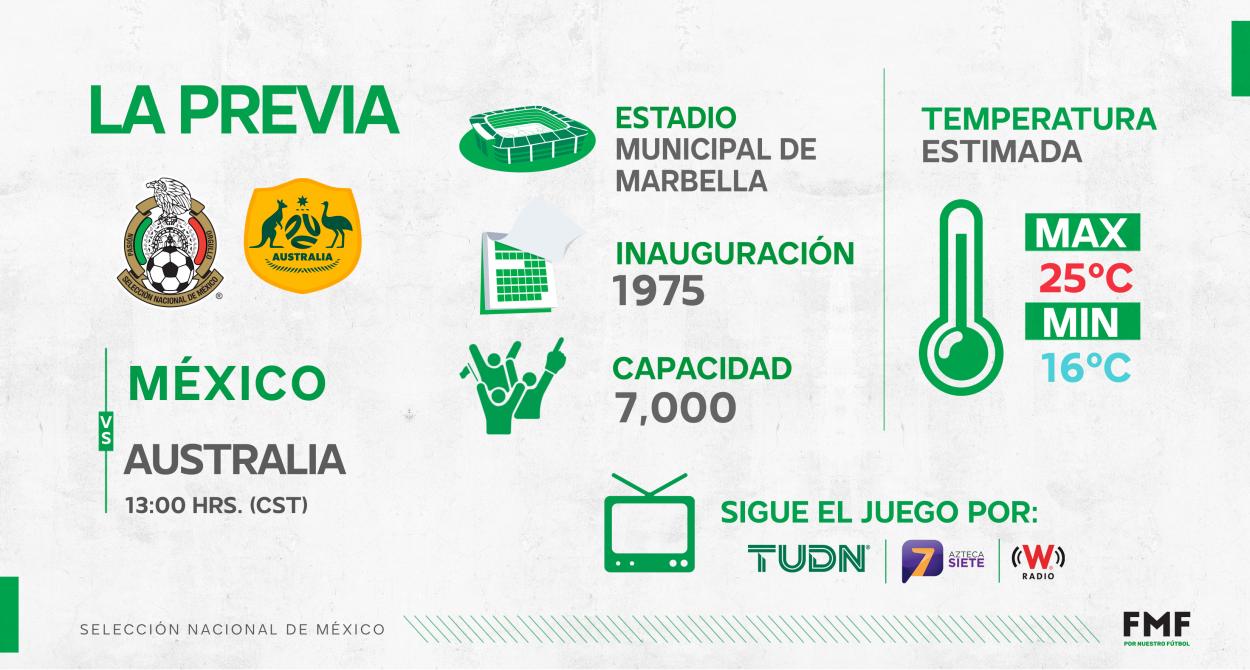 Due to the fact that some players are missing in this selection, as well as reinforcements, only five or six slots are available, so the effort of the players is key to fill Jaime Lozano's eye.
1:05 PM4 days ago

Mexico has had a decent record in terms of results with a win against Romania and a last minute draw against Saudi Arabia last Tuesday.
1:02 PM4 days ago

Mexico's last pre-Olympic preparation game will be against Australia so that Lozano can fine-tune the final details for the World Cup. We begin.
4:38 PM5 days ago

Do not miss a detail of the match with the live updates and commentaries of VAVEL. Follow along with us all the details, commentaries, analysis and lineups for this Mexico vs Australia match.
4:33 PM5 days ago

How to watch Mexico vs Australia Live TV and Stream

John Iredale is one of the most experienced players, having played for Germany's Wolfsburg youth team, and is also one of the specialists in goal. 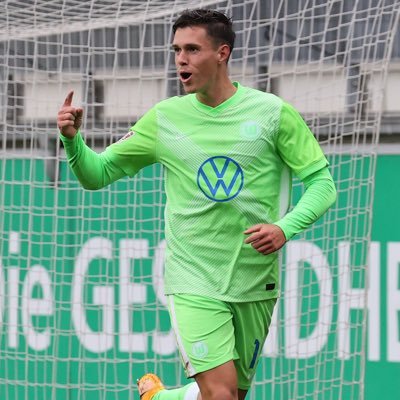 Jose Juan Macias is not sure of his place in Japan, but a good performance this Saturday could be enough to make the final roster. 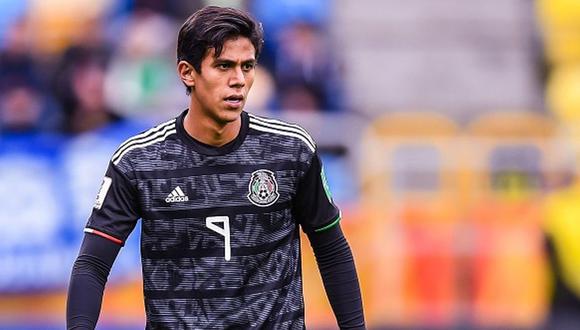 This will be the last preparation game for "El Tri" in Europe, where many of these players will be playing their last chance to convince Jaime Lozano to reach Tokyo 2020.
4:13 PM5 days ago

Australia will be in the group of death alongside Spain and Argentina, so the clash against Mexico will help them find out what level they are at and adjust the nuts and bolts ahead of the summer tournament.
3:58 PM5 days ago

Mexico: to close with their heads held high

The Aztec national team has shown a better version in the second half, as they have struggled at the start of games in which they have been outplayed.
3:53 PM5 days ago

The Mexico vs Australia match will be played at the Marbella Municipal, in France. The kick-off is scheduled at 2pm ET.
3:48 PM5 days ago

Welcome to VAVEL.com’s LIVE coverage of the 2021 Friendly Game: Mexico vs Australia!