Goal of the match

Thank you for following the rebroadcast of the friendly game between América and Atlante played at the Estadio Azteca. See you next time.
9:54 PMa year ago

América, under Santiago Solari, won all its games 1-0, the victims being Santos, Tigres, Atlas and now Atlante. Next Thursday, they will kick off the Liga MX by visiting the Querétaro Gallos.
9:53 PMa year ago

The score remained the same, with both teams trying out some players in the second half and have declared themselves ready to face their respective tournaments.

Intense and hard-fought match, but no goals at the moment. 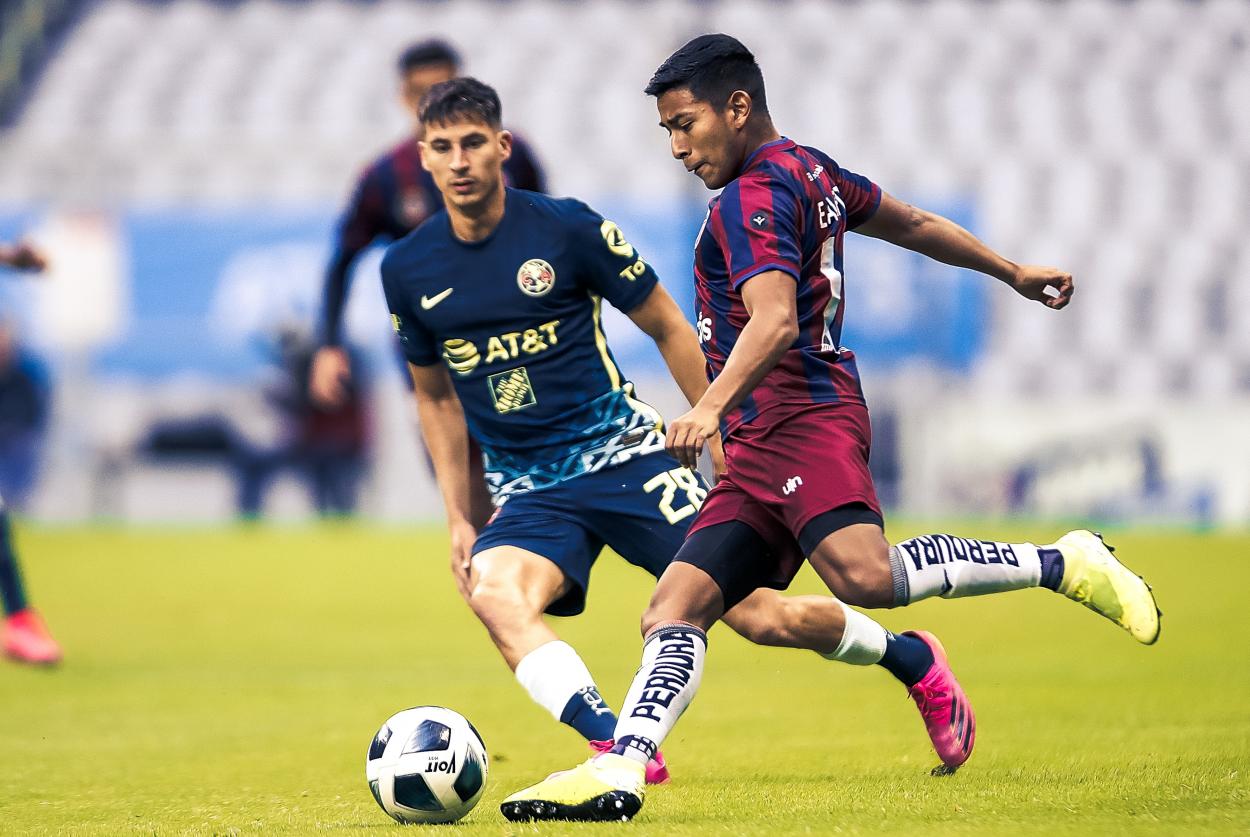 So far América and Atlante, with few dangerous options, are playing to a scoreless draw. 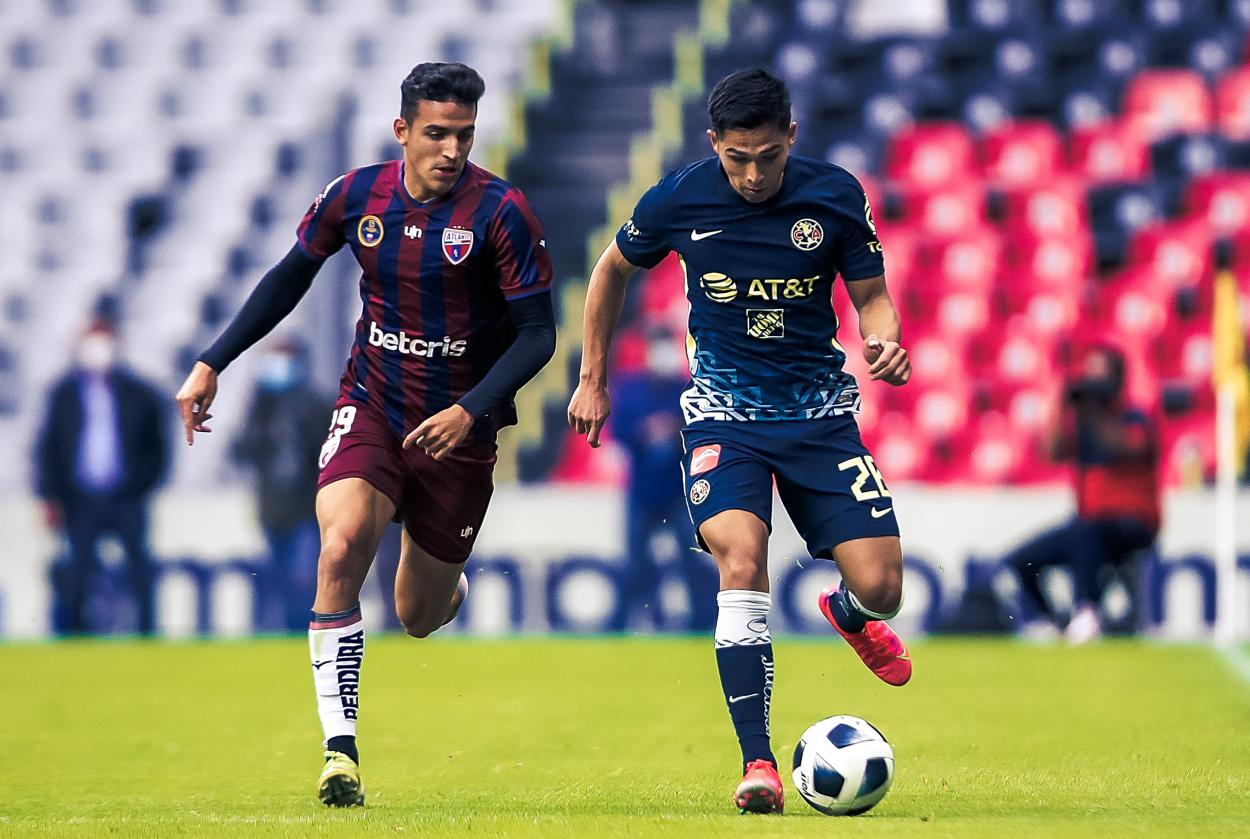 After 45 minutes, América and Atlante have done no harm to each other at the Azteca Stadium.
8:33 PMa year ago

The first one at home

América's first home game will take place on July 31 when they host the Rayos del Necaxa at the Azteca Stadium.
8:26 PMa year ago

These were some of the images of Club Atlante's warm-up, which will make its debut on Sunday, August 1 in the Expansion League against Correcaminos.

Renato Ibarra will most likely get minutes tonight against Atlante, but his permanence with the Azulcrema squad is up in the air.
8:13 PMa year ago

After 10 minutes and still the guest of honor at the Azteca Stadium has not been able to arrive.
8:03 PMa year ago

The match between América and Atlante kicks off at the Azteca Stadium.
8:02 PMa year ago

The cloudy skies will make for a good show between América and Atlante, two historic Mexican soccer teams that now have different outlooks. 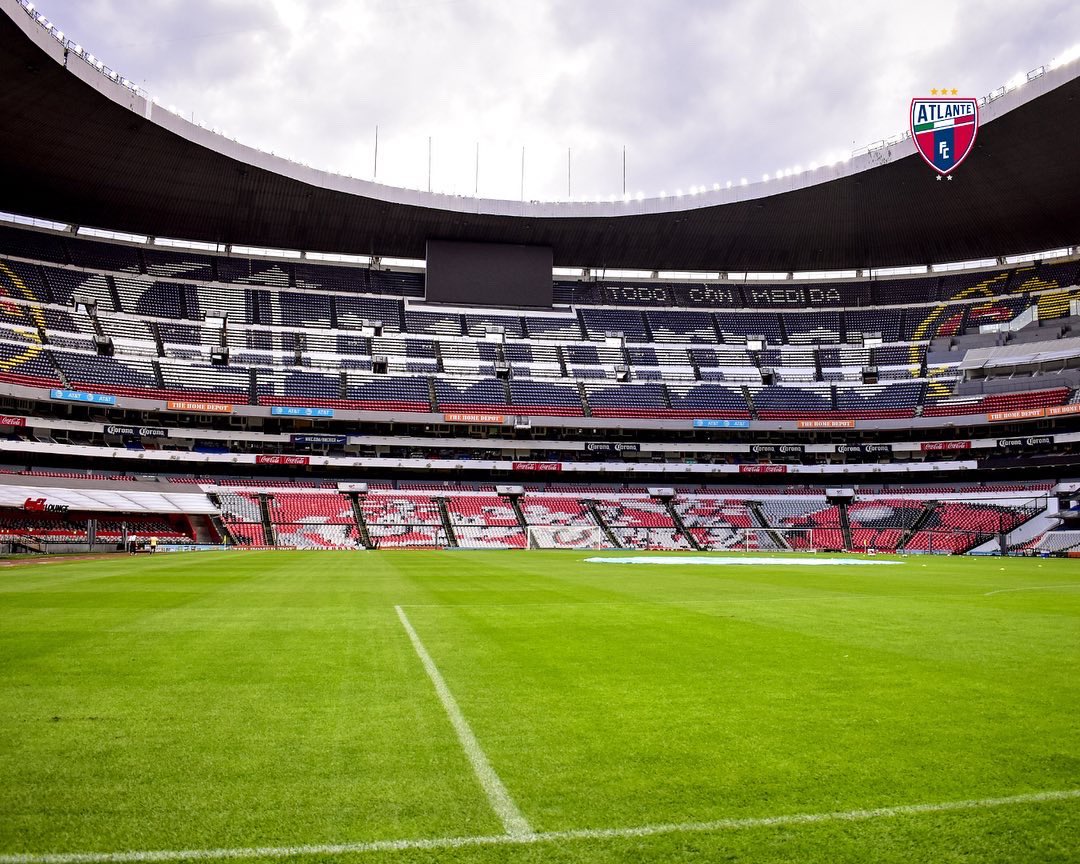 Alonso Escoboza, Alan Medina, Gio dos Santos and Sergio Díaz were some of the departures for the 2021 Liga MX Apertura.
7:45 PMa year ago

América had few movements for this tournament, highlighting the return of Miguel Layún and the incorporation of Salvador Reyes and Fernando Madrigal.
7:35 PMa year ago

The facilities of the Azteca Stadium are in impeccable condition to host América's last preparation game against Atlante. 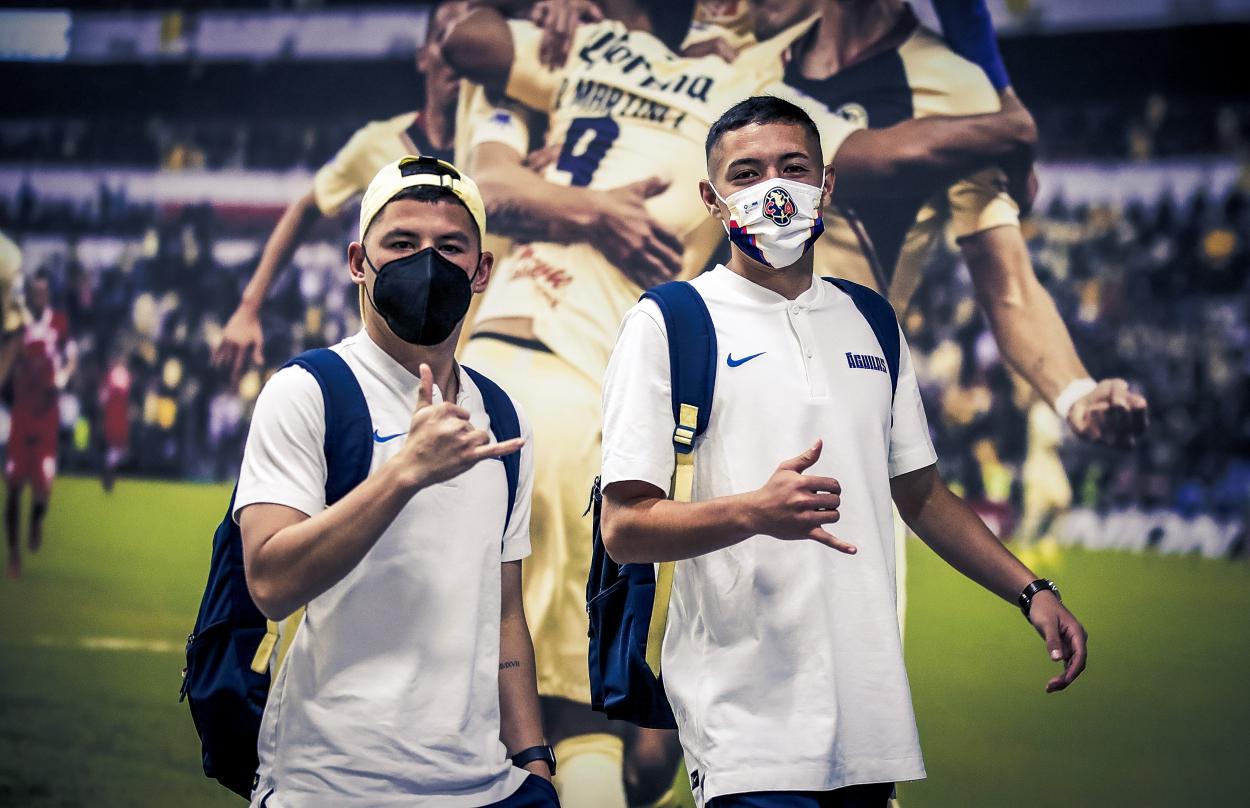 América will take the field in the away uniform, i.e., all in blue. 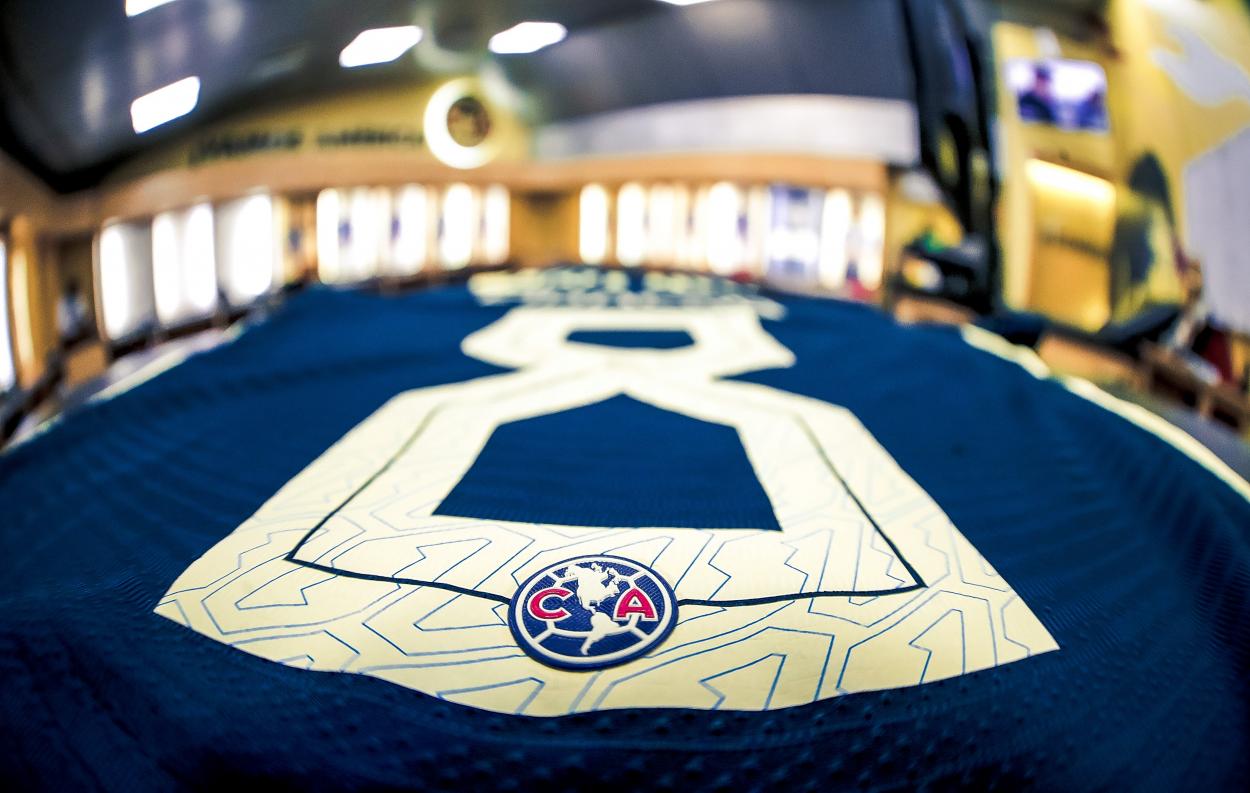 Regardless of what the local authorities have said about the pandemic issue, this game was already agreed to be played behind closed doors at the Azteca Stadium.
7:17 PMa year ago

América should have a lineup as similar as possible for the start of the season, which begins next Thursday when they visit the Gallos Blancos of Querétaro.
7:12 PMa year ago

Last preparation game for América when they host Potros de Hierro del Atlante this Saturday, in a match in the capital prior to the Apertura 2021. We begin our coverage.
7:07 PMa year ago

Do not miss a detail of the match with the live updates and commentaries of VAVEL. Follow along with us all the details, commentaries, analysis and lineups for this America vs Atlante match.
7:02 PMa year ago

What time is America vs Atlante match for Friendly Game?

This is the start time of the game America vs Atlante of 17th July in several countries:

Due to the fact that the Potros have been playing in the Second Division since 2014, one of the longest-running matches in the history of Liga MX has not had as many encounters in recent years and they have only met in friendly matches. The last time Atlante played against América at the Estadio Azteca in an official game was in the Clausura 2014, when they lost by the minimum difference with a goal by Miguel Layún.
6:52 PMa year ago

Although he arrived late last season, Ramiro Costa was fundamental for the Potros to reach the playoffs in the Liga de Expansión MX and reach the semifinals, where they lost to Atlético Morelia, the Argentine being a key player to reach the final stages. 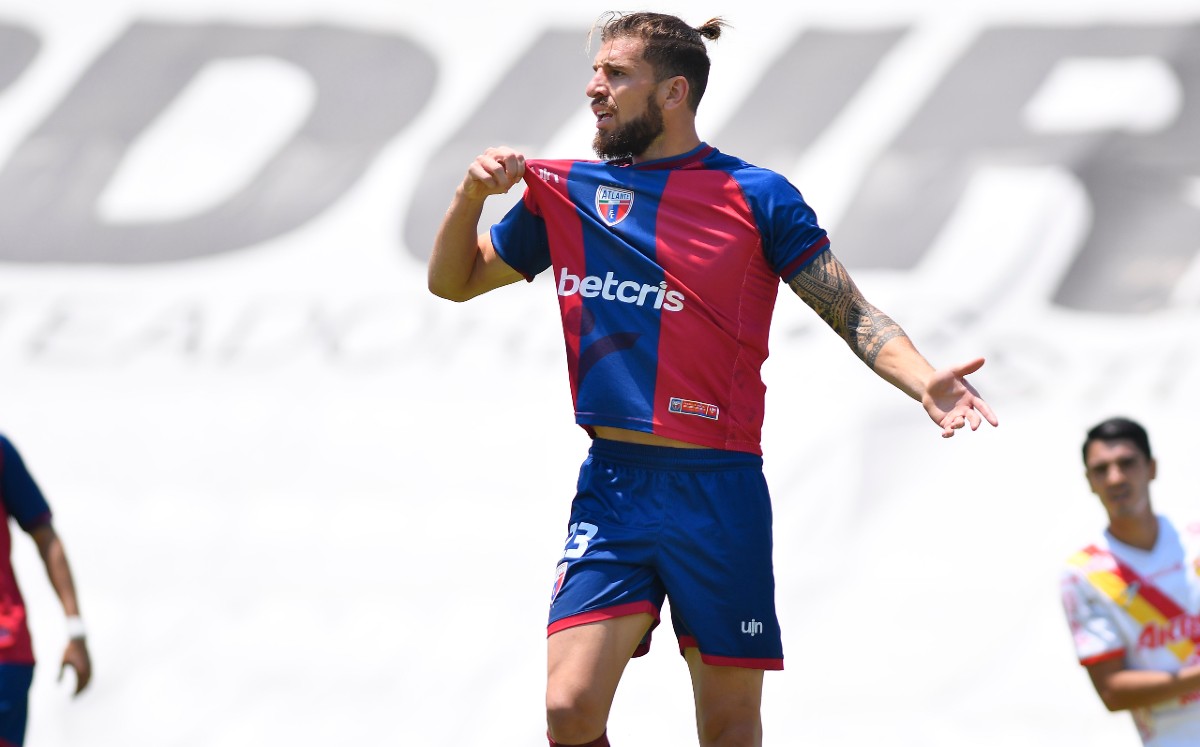 Óscar Jiménez has had a great preseason and will be in charge of goalkeeping, as Guillermo Ochoa is playing in the Olympic Games. So far in three games he has not conceded a goal and his saves have helped the team to win. 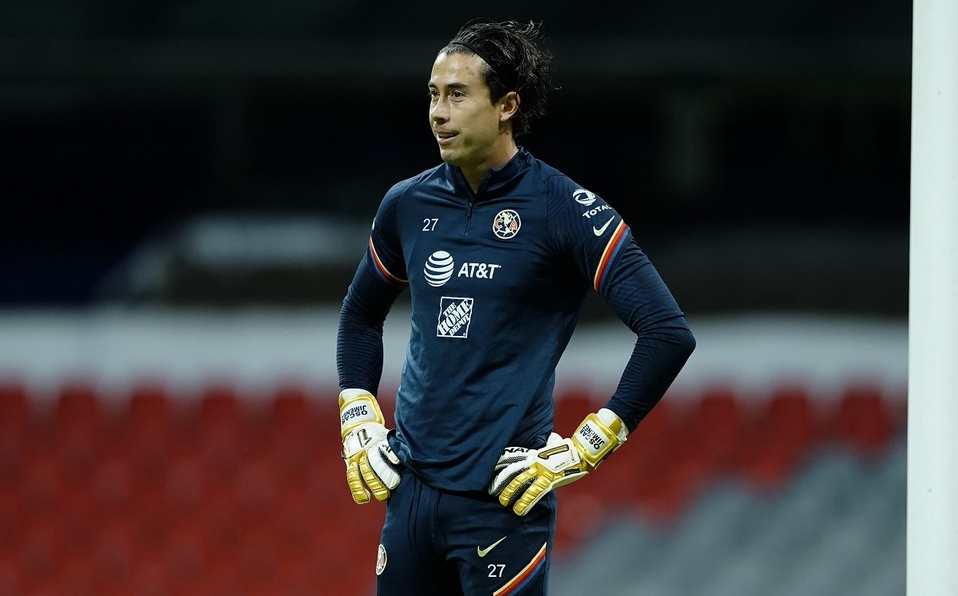 This was Mario García's last lineup to face Morelia in the semifinals of the Liga de Expansión MX:

This was the squad with which Santiago Solari came out to face Tigres last Saturday.

Confidence in the project

Atlante had some significant changes for the Apertura 2021 where some of its main players such as Luis García, Ronaldo González and Vladimir Moragrega received an opportunity in the Maximum Circuit; however, the azulgrana squad has been reinforced with young elements and under the guidance of Mario García is expected to be competing for the title at the end of December.
6:27 PMa year ago

The game will be played without spectators

Due to the increase in cases of coronavirus in the country and, mainly in Mexico City, this match will be played behind closed doors and most probably both America and Atlante will have to start without fans in the stands from August onwards, pending confirmation from the health authorities.
6:22 PMa year ago

The Aguilas presented their new home kit yesterday, so they will be showing it for the first time at the Azteca Stadium and, at the same time, they will present their reinforcements for next season, such as the return of Miguel Layún and the incorporation of Fernando Madrigal.
6:17 PMa year ago

Both America and Atlante will have their last preparation game ahead of the start of their respective tournaments in the 2021 Apertura, highlighting that both have had good results in the preseason and hope to be among the leaders in Mexican soccer.
6:12 PMa year ago

The America vs Atlante match will be played at the Azteca Stadium, in Mexico City, Mexico. The kick-off is scheduled at 8pm ET.
6:07 PMa year ago

Welcome to VAVEL.com’s LIVE coverage of the 2021 Friendly Game: America vs Atlante!