Toluca change. Claudio Baeza comes off and Antonio Ríos takes his place.
12:19 AM2 months ago

Toluca's goal, the third goal! Alexis Canelo drove, cut back and shot at Rodriguez's goal to score the third.
12:16 AM2 months ago

Great sweep that prevents Canelo from shooting at the goal.
12:14 AM2 months ago

Estrada came close to scoring the third, but his shot went wide.
12:12 AM2 months ago

Good intervention by Barbieri, preventing Juárez from reaching dangerously
12:12 AM2 months ago

Juarez change. Martín Galván comes out and Rosel takes his place.
12:11 AM2 months ago

|Toluca looks for third, but Juarez seeks tie
12:02 AM2 months ago

Goal by Toluca! Rubens Sambueza takes the penalty and this time the scarlet-colored player scores the second for the visitors.
11:53 PM2 months ago

Penalty! The referee awards a penalty kick to Toluca for a handball inside the box.
11:46 PM2 months ago

Toluca is on top of Juárez, looking to take the lead
11:35 PM2 months ago

The complement starts at the border.
11:21 PM2 months ago

The first part is over! The duel was quite lively, momentarily suspended and with a missed penalty, the teams go to halftime with a draw on the scoreboard.
11:20 PM2 months ago

The ball was filtered to Juárez, but García ended up keeping the ball.
11:16 PM2 months ago

The match is already back and forth, with both teams looking to break the tie.
11:08 PM2 months ago

Goal, goal, goal by Juárez! What a goal Galván scored! The player got to the end line, he punched a shot and the ball went in at the near post.
11:03 PM2 months ago

Castañeda's shot that Rodríguez makes a good save.
10:57 PM2 months ago

Castañeda was entering dangerously, but the attentive defense swept out of the way and prevented him from entering the penalty area.
10:51 PM2 months ago

Action resumes!!!! The ball is rolling again in Juárez after the rain has stopped
10:44 PM2 months ago

After seventeen minutes, the rain has stopped and the teams are back on the field.
10:26 PM2 months ago

Suspended! There is a thunderstorm at the Olímpico Benito Juárez and the referee stops the match.
10:24 PM2 months ago

He missed it! Great save by Rodriguez on Alexis' penalty and then he himself ends up sending the ball straight into the stands.
10:22 PM2 months ago

After García fouled Ortega, the referee did not hesitate to award a penalty to the visitors.
10:21 PM2 months ago

VAR! The referee will review a play in favor of Toluca in Rodriguez's area.
10:20 PM2 months ago

Goalkeeper! Great run by Rodríguez, who dives to avoid the second after Sambueza's shot.
10:13 PM2 months ago

Goal, Toluca goal! Haret Ortega got up and headed the ball into the back of Rodriguez's net.
10:08 PM2 months ago

A good intervention by Ían González kept the danger away from García's goal.
10:06 PM2 months ago

The actions kick off at the Olímpico Benito Juárez, with rain in between.
9:53 PM2 months ago

The second player with the most shots in the Guard1anes 2021 was Alexis Canelo, with only 5 shots in the first place, Jonathan Rodríguez leads this list.
9:39 PM2 months ago

The team with the fewest shots on goal was Juárez with a record of 50 shots in the 17 matches of last year's tournament.
9:30 PM2 months ago

Ready for the third duel!

This will be the third match of this Apertura 2021, both teams are already at the border building and will be looking to go all out for the victory.
9:26 PM2 months ago

No good away numbers

Toluca has gone six straight away games without a win. Out of the last 17 matches, they have only 3 points.
9:21 PM2 months ago

Tonight will be Tuca Ferretti's debut with Juárez, looking to improve the numbers of the team from the border.
9:16 PM2 months ago

Juárez and Toluca have met three times in the first division. Juárez has scored four goals against the Diablos, while Toluca has not scored a single goal against the team from the border.
9:11 PM2 months ago

In a few moments we'll share with you the FC Juarez vs Toluca live starting lineups, as well as the latest information from the Estadio Olimpico Benito Juarez. Keep an eye on the action with VAVEL's minute-by-minute live online coverage.
9:06 PM2 months ago

How to watch Juarez vs Toluca Live Stream on TV and Online?

If you want to watch the game Juarez vs Toluca live on TV, your options is: TUDN.

Juárez and Toluca faced each other this preseason in Querétaro. The score ended 1-0 in favor of the team from the border, a situation that Cristante's team will see as a rematch.
8:56 PM2 months ago

Ahead of the match, Scarlet striker Michael Estrada stated: "With new recruits, we know that there is a good group; we hope to get off on the right foot on Friday, that it will be a good tournament for everyone and that we can personally score goals".

The striker also sent a message to Toluca's fans: "As always, the fans are looking out for all of us, supporting us from their homes, so we hope to give them all a good feeling, that they are looking out for us and that we get what we have been looking for".

Additions and Retirements of Toluca

Among the new arrivals to the team coached by Cristante are Óscar Vanegas, Diego 'Puma' Chávez, Ían González, Brian Samudio, as well as the return of Felipe Pardo.

There have been countless additions and departures for the Borderers; led by the arrival of Ferretti, players such as Hugo González, Jaime Gómez, Fabián Castillo, Paul Aguilar, Maxi Olivera, among other players that complete the Brazilian's roster, arrived with him.

Among the departures are William Mendieta, Alan Mendoza, Mauro Fernández, Jefferson Intriago, among others.

The Diablos only had two matches against other teams in this preseason, with a balance of one win and one loss, and a match against Puebla was cancelled due to an outbreak of covid by the team coached by Larcamón. 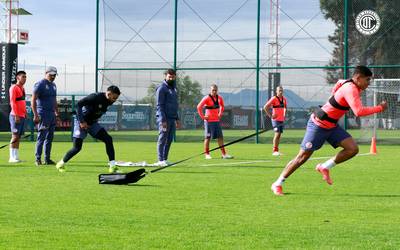 The team now coached by Ricardo Ferretti only played two preparation matches, which ended in a draw and a win. It is important to note that the third match was to have been played against Pumas, but could not be played due to bad weather. 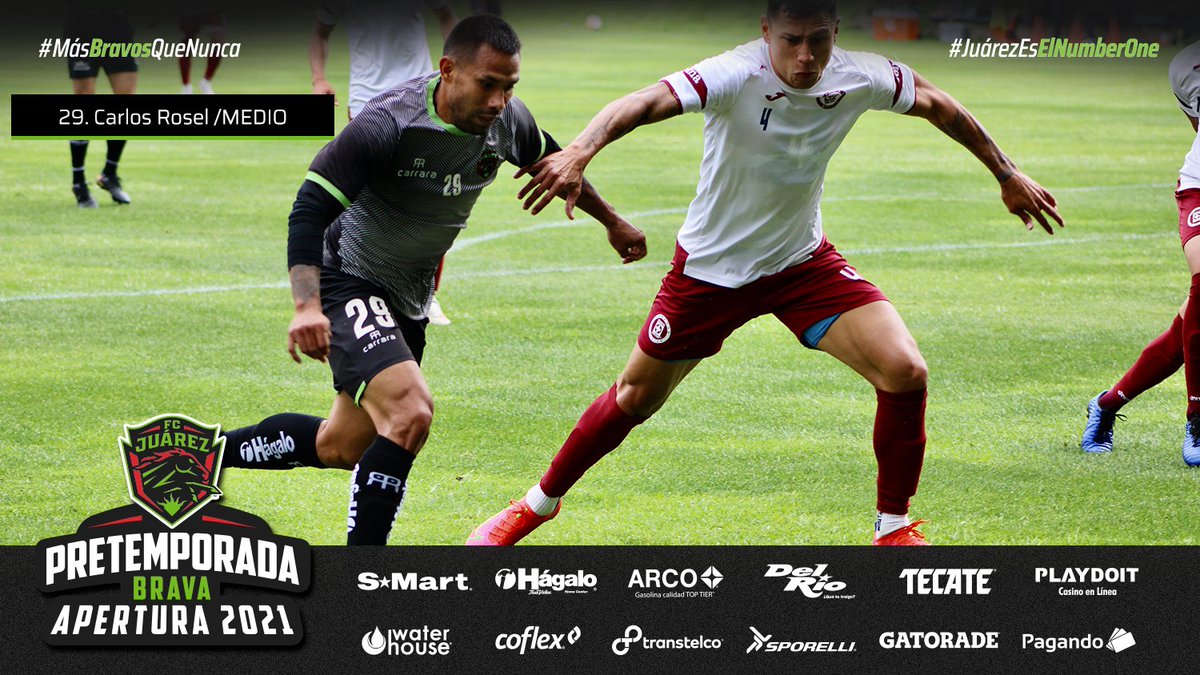 This is where the duel will take place!

The Estadio Olímpico Benito Juárez will be dressed up to welcome the renewed FC Juárez, which will face the Diablos Rojos del Toluca in this first matchday, a game that both teams will be looking to win. 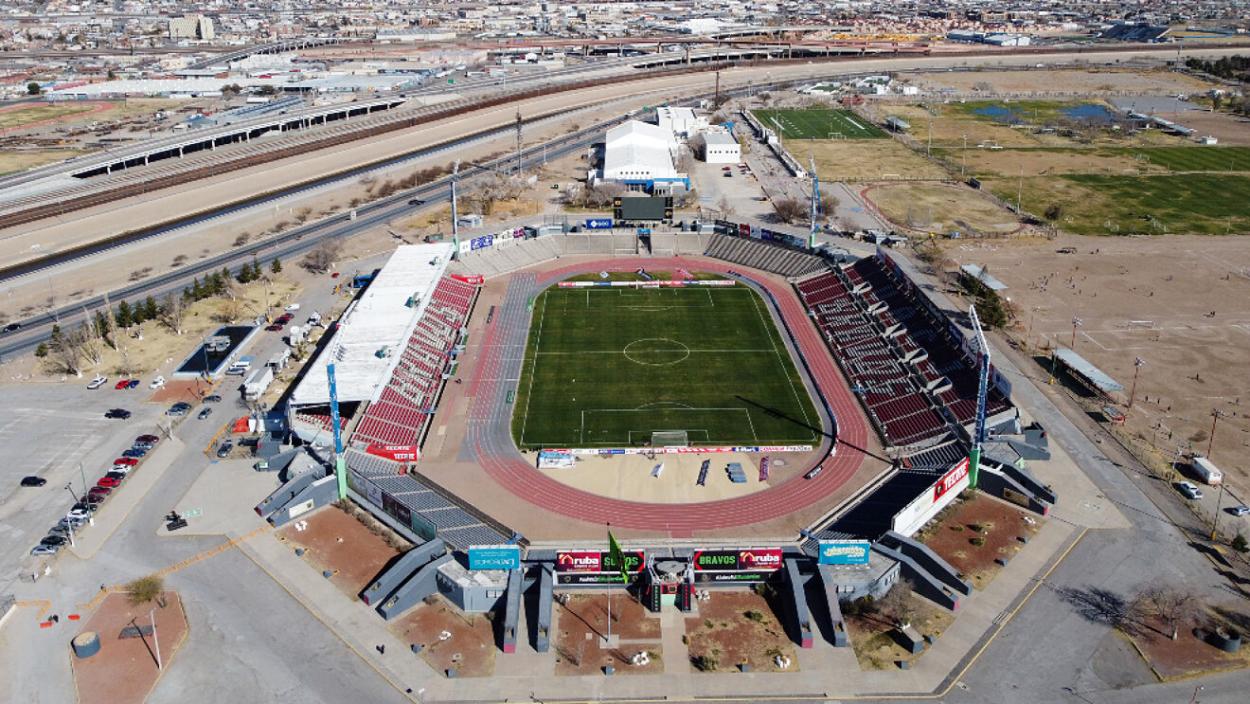 My name is Lore Solórzano and I’ll be your host for this game. We will provide you with pre-game analysis, score updates, and news as it happens live here on VAVEL. Please stay tuned and follow all the important information about this match