It's over!!! Mexico beats South Africa and qualifies to the quarterfinals of Tokyo 2020.
9:22 AM2 months ago

Aguirre came close to scoring the fourth, but Fleurs kept his goal from falling again.
9:20 AM2 months ago

Mokoena's long-range shot, but Ochoa, attentive, leans back and avoids the first.
9:18 AM2 months ago

Mexico came close to a fourth with a shot by Lainez, but Mahlangu got in the way of the shot and prevented the goal.
9:15 AM2 months ago

Aguirre's ball to Lainez, but the ball is too long and the Betis player can't reach it.
9:14 AM2 months ago

Changes in South Africa. Ngcobo and Mosele are replaced by Makgopa and Cele.
9:08 AM2 months ago

Defense! Fleurs ends up clearing Angulo's cross and prevents Lainez from making contact with the ball inside the box.
9:05 AM2 months ago

Mexico changes. Uriel Antuna and Alexis Vega come off, Diego Lainez and Angulo take their places.
9:04 AM2 months ago

Cambio de Mexico. Henry Martin comes out and Eduardo Aguirre comes in.
9:04 AM2 months ago

Close! Romo's shot from outside the area, but the ball passes very close to the goal.
8:56 AM2 months ago

Mexico is down by one!!! Carlos Rodríguez commits a foul on Singh, being the last man and a clear goal scoring play; the referee decides to send the midfielder off.
8:51 AM2 months ago

Antuna's cross reaches Williams without problems.
8:50 AM2 months ago

Goal, goal, goal for Mexico! After a pass from Rodriguez, Henry Martin appeared and scored perfectly to Williams' goal and the third goal for the tricolor.
8:46 AM2 months ago

He's leaving! After reviewing the play, the referee decides to send captain Malepe out of the game.
8:46 AM2 months ago

Uff! Hard tackle by Malepe on Vega, which ends up being reviewed by the referee.
8:37 AM2 months ago

Close to an own goal! Antuna's cross looked for Córdova, but the ball hit Malepe and almost went into his own net.
8:34 AM2 months ago

The action resumes at the Sapporo Dome, Mexico will be looking for more goals to secure their place.
8:18 AM2 months ago

At the end of the first half, with goals by Romo and Vega, Mexico leads by two goals.
8:16 AM2 months ago

Goal by Mexico! Romo appears inside the box, taking advantage of the rebound that leaves the ball in the area and pushes the ball, the South Africa defender participates in the goal.
8:14 AM2 months ago

Córdova was coming in dangerously, but Mokoena was attentive and prevented the play from growing.
8:11 AM2 months ago

Mukumela arrived with danger, but the ball ended up going over the end line.
8:08 AM2 months ago

Palo! Antuna crosses, Romo shoots and the ball hits the crossbar, then Alexis Vega counter-attacks and Williams attentively avoids the goal.
8:07 AM2 months ago

Mexico presses in search of the second, South Africa seeks to avoid the goal.
8:05 AM2 months ago

With two goals, the Japanese have already beaten France to reach nine points.
7:52 AM2 months ago

Antuna's shot ends up in the hands of Williams, Mexico looks for the second.
7:49 AM2 months ago

Goal, goal, goal for Mexico! Great cross from Uriel Antuna and Alexis Vega pops up inside the box to score the first for Mexico.
7:43 AM2 months ago

Makgopa wins the ball and shoots at Ochoa's goal, but it goes well over the goal without generating any problems.
7:41 AM2 months ago

Mokoena's cross is blocked by the Mexican saga, preventing the ball from entering Ochoa's area.
7:38 AM2 months ago

Uff! Williams is alert to keep Montes' header out of his own net.
7:34 AM2 months ago

Antuna's cross is rejected by the backline, Mexico starts the match on top of Williams' goal.
7:31 AM2 months ago

The last match of the group stage kicks off for Mexico and South Africa.
7:27 AM2 months ago

Both national anthems are already being sung at the Sapporo Dome, everything is ready to start this duel.
7:21 AM2 months ago

Both teams are already present at the Sapporo Dome, ready to play this last duel where both will seek to end the phase with a victory.
7:18 AM2 months ago

Jaime Lozano surprised everyone by not fielding Diego Lainez, a key player who had been a starter in the U-23 team's matches.
6:57 AM2 months ago

In Group A, the only team that has already secured its place is Japan, with France and Mexico tied with three points and South Africa accumulating zero points after two defeats to France and Japan.
6:52 AM2 months ago

Mexico and South Africa have faced each other four times, the first two in 1993 and 200, Mexico won; in 2005 South Africa managed to beat the national team. In 2010, at the inauguration of the World Cup, it was the only time they have played an official duel, in this match they tied the game.
6:47 AM2 months ago

If Mexico wants to advance to the next stage, the first thing is that they need to win, in case they lose, the Mexicans would have to wait for the result of the France vs Japan match. If France scores one or three points, the tricolor would automatically be out of the tournament. The other option is that France loses and Mexico only concedes one goal.
6:42 AM2 months ago

In a few moments we will share with you the starting lineups for Mexico vs. South Africa live, as well as the latest information from the Sapporo Dome Stadium. Keep an eye on the action with VAVEL's minute-by-minute live online coverage.
6:37 AM2 months ago

How to watch Mexico vs South Africa Live Stream on TV and Online?

If you want to watch the game Mexico vs South Africa live on TV, your options is: TUDN & Marca Claro.

No margin for error!

After the defeat, several members of the Olympic TRI spoke to the media. Sebastián Córdova said of the match: "We will go for the win, as we have done in every game. "It was a setback, but hopefully it won't happen to us again in the future".

Diego Laínez also stated, "The most important thing is that we depend on ourselves. We are strong in victories and in defeats. When we had won, we didn't have a sure thing either, so we must be humble".

The Betis player acknowledged that the team reacted late at the start of the match, a situation that ended up having repercussions: "In the end we reacted 15 minutes late and at this level it hurts you a lot in the performance of the game, but I think the team had control of the whole match and that's it. We have to work hard to get into the quarterfinals.

The experienced Aztec goalkeeper, Guillermo Ochoa, also spoke to the press: "This has to serve as experience for us, but everything is still in our hands".

Jaime Lozano spoke after the Mexican team's loss to Japan: "I'm not worried-at all-about the emotional issue. We ended up with that feeling of wanting revenge and to keep fighting. We are strong for the next match, we depend on ourselves".

"We had not lost for a long time, we lost to Japan in Toulon in penalties, we know that it is impossible to win every time and it was our turn today, we had to make mistakes that we had not made for a long time and it was hard for us to give them options. Since the end of the match, I see the team with the desire to keep fighting, so we are going to come out strong".

Lozano also touched on the match: "We knew it was going to be this way, complicated, with the local team playing very well and we had ten minutes of inconsistency where Japan played very well; then the team settled down, searched and in the last minutes with ten men we felt that impulse and desire to be able to do something more. We didn't come here for the defeat, but I'm not worried".

Lozano also talked about the possible absences for this match, but mentioned that everyone should be in the starting lineup and he will look for the best solution for the starting XI, whether or not Alexis Vega is in the starting lineup: "From the beginning it was said that to make history in this type of tournament it is not enough to have 11 or 12 players, we need all 22 and unfortunately we lost two of them, we have to wait for Vega, but everyone deserves to be starters, I always tell them that and we will think about what is the best solution for the next match, the truth is not something that worries me because I look at the bench and I see many capable players."

South Africa has not been able to score in these Olympic Games, with two defeats, one against Japan and the second against France with a score of 4-3, where André-Pierre Gignac scored a hat-trick and took away the thorn that was stuck in his side after the game against Mexico. South Africa will be looking to close their participation in Tokyo 2020 in a good way. 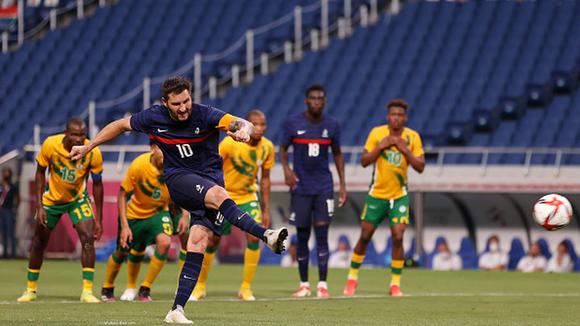 Mexico comes to this match after a tough defeat against the Japanese. The team coached by Jaime Lozano lost 2 goals to 1 against their similar team, with Roberto Alvarado scoring the goal for the Mexicans. In this duel, the national team lost both on paper and one of its most important players in the central defense. Erick Aguirre was injured and Johan Vásquez was sent off after a hard sweep that prevented a dangerous play that would have led to the third goal for the Japanese. 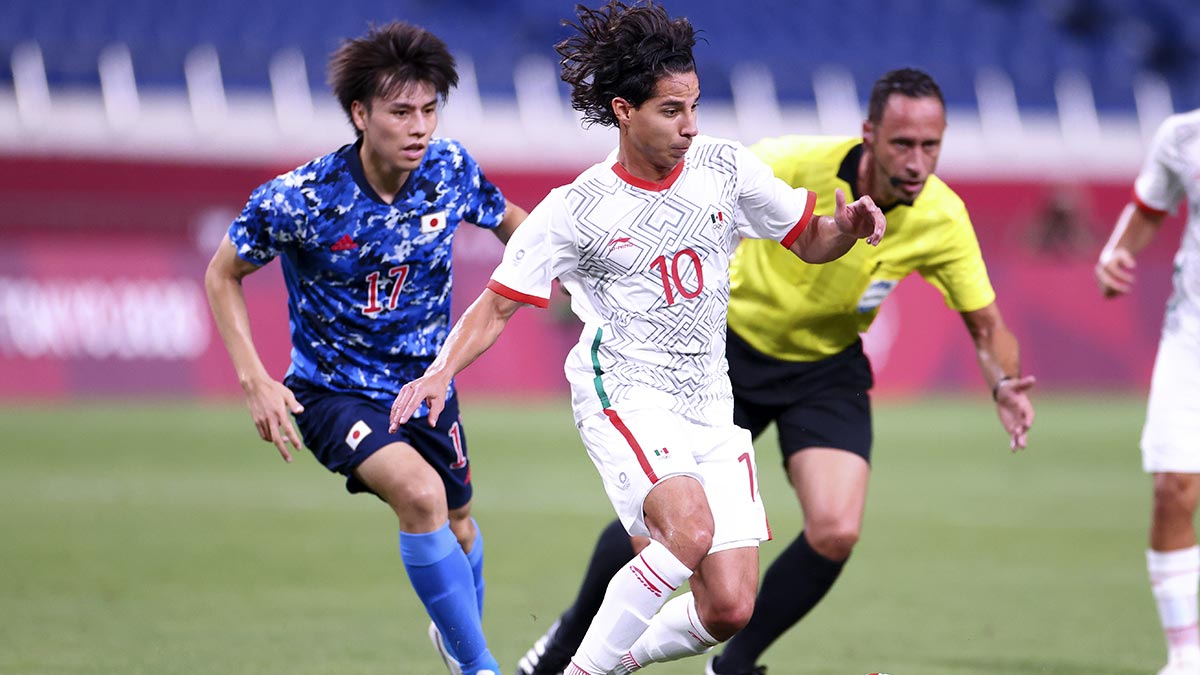 At 6:30 am, Mexico time, the Sapporo Dome Stadium will host Mexico and South Africa, who will play their third match of the group stage. Despite having a capacity for 42,300 spectators, the stadium will have empty seats due to the current outbreak of covid in Tokyo, a situation that led the organizers to close the doors to fans of all Olympic events. 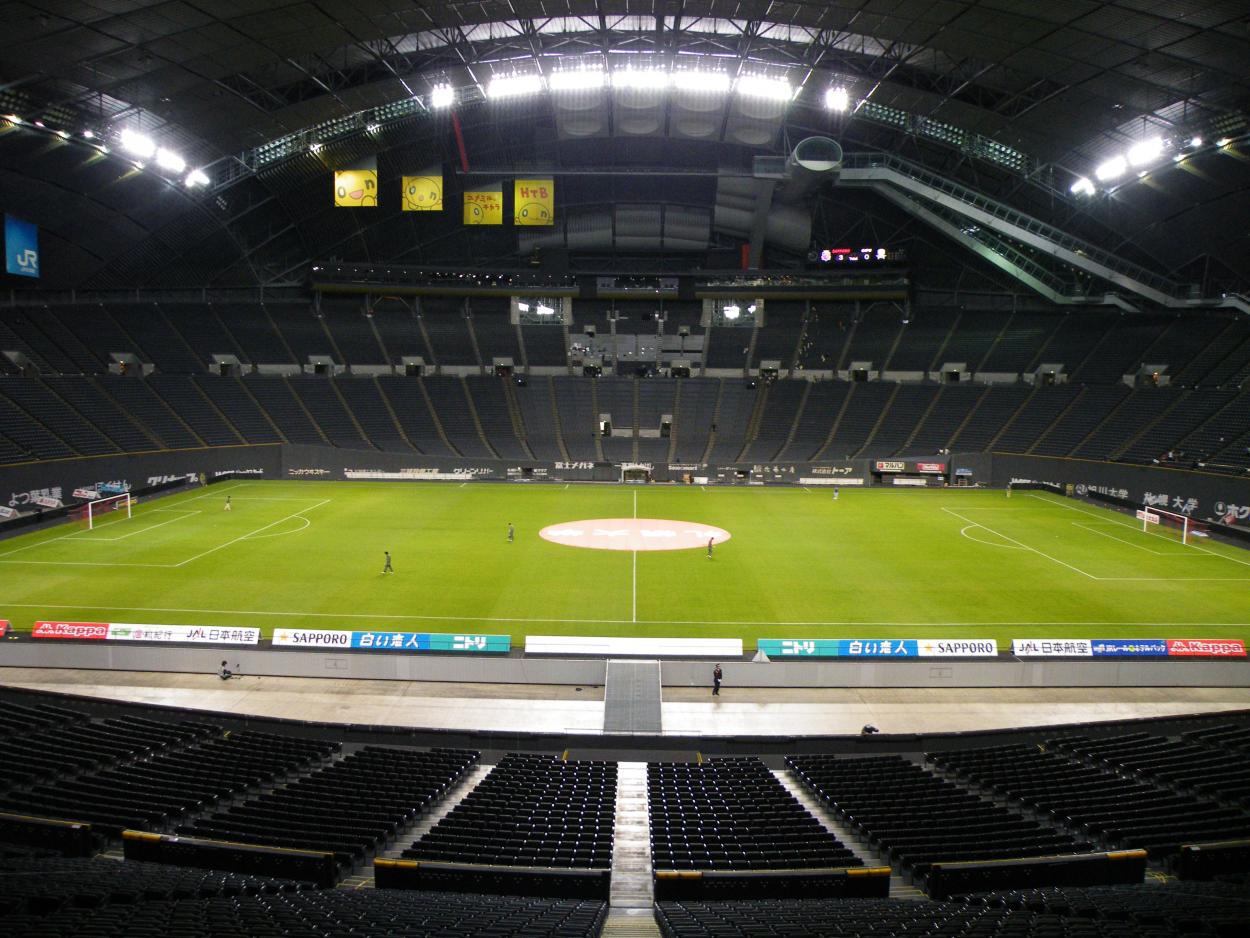 My name is  Lore Solorzano and I’ll be your host for this game. We will provide you with pre-game analysis, score updates, and news as it happens live here on VAVEL. Please stay tuned to know the most important information of this match.