It's over!!! The referee whistles and the teams end up dividing units in this start of the tournament.
6:51 PM2 months ago

A cross from Mineros that Mireles failed to finish to put the score in his favor.
6:51 PM2 months ago

Both teams fought hard for the ball, but the ball doesn't want to go in.
6:37 PM2 months ago

Gael Acosta's shot, but he doesn't get a good direction and misses the opportunity.
6:22 PM2 months ago

Change of Morelia. Ulises Zurita comes off for Jesús Ramírez.
6:18 PM2 months ago

Morelia goal! Martín Barragán sends in a right-footed cross, Andrade can't stop the ball from going in to tie the game.
6:13 PM2 months ago

Guzmán's shot, but the defense ends up deflecting the ball.
6:09 PM2 months ago

Barragán attempted a shot, but the attentive defense prevented the ball from going in, then Acosta appeared, but the ball went wide.
6:04 PM2 months ago

The second half kicks off in Morelia, the current runner-up will be looking to make a comeback.
5:48 PM2 months ago

It's over! The first half ends with Mineros up on the scoreboard.
5:48 PM2 months ago

The game is very tight in the midfield, Morelia is looking for a draw, while Mineros wants to increase its lead.
5:37 PM2 months ago

Close to Morelia! Double chance; first Acosta and then Vergara, but the first is blocked by the goalkeeper and the second ends up sending it into the stands.
5:36 PM2 months ago

Vega's filtered pass to Barragan, but he fails to make the right contact and Andrade keeps the ball.
5:31 PM2 months ago

Mineros goal! The Zacatecas team responded immediately and after a cross, Durán appeared again inside the box to put the visitors ahead.
5:29 PM2 months ago

Goal, goal, goal for Morelia! Martín Barragán takes an excellent shot from the penalty spot to level the score.
5:29 PM2 months ago

Penalty in favor of Morelia! Horacio Torres pulls Ledezma and the referee does not hesitate to award the penalty.
5:23 PM2 months ago

Ibarra's cross is blocked by the defense and the ball ends up going over the end line.
5:15 PM2 months ago

Mineros goal! Rafael Durán's shot is well placed and Santiago Ramírez can't keep the ball out of the net.
5:09 PM2 months ago

The match kicks off at Estadio Morelos.
5:03 PM2 months ago

To give it all!

Mineros is already reconnoitering the Morelos stadium, which is home to Atlético Morelia. 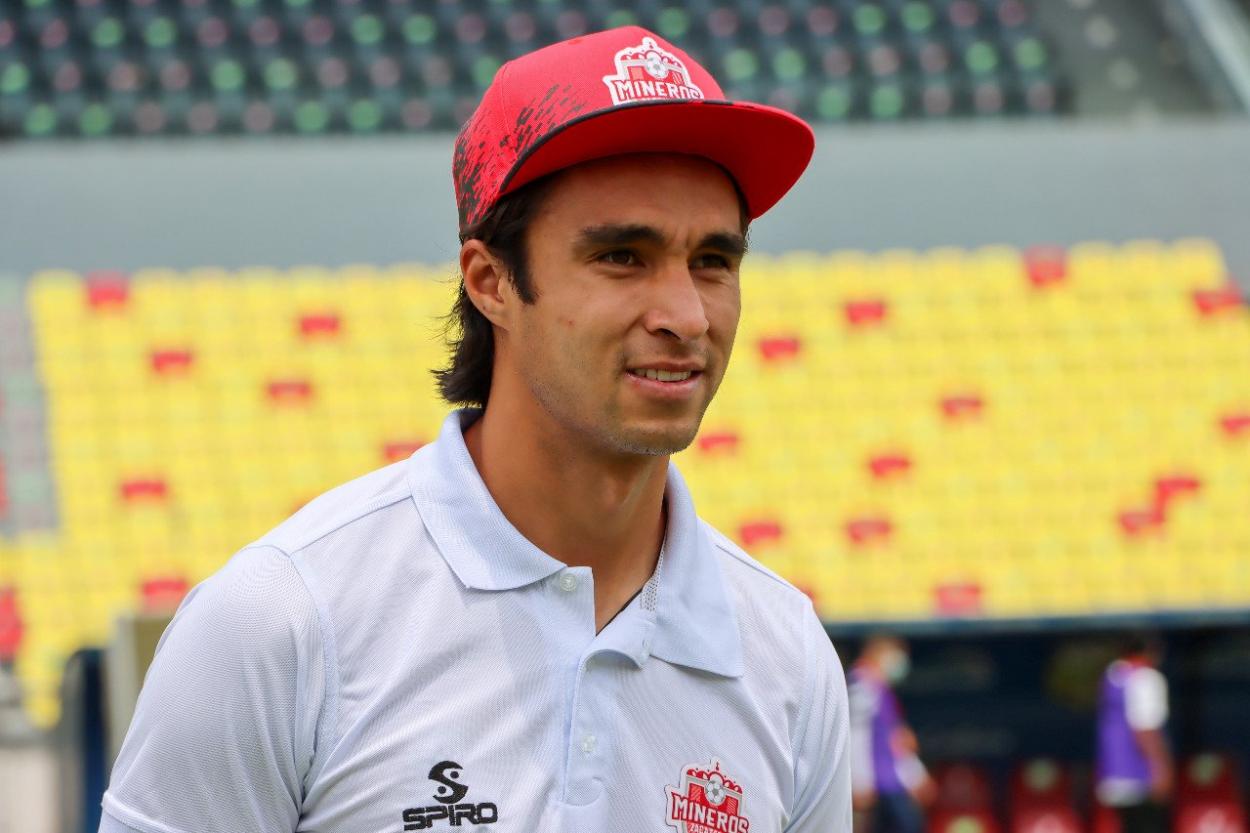 The teams have arrived

Both the teams coached by Valiño and those from Zacatecas have arrived at the stadium, ready to play the first match of this tournament.
4:11 PM2 months ago

Alexis Moreno's men arrived in Morelia to continue their training ahead of the match. 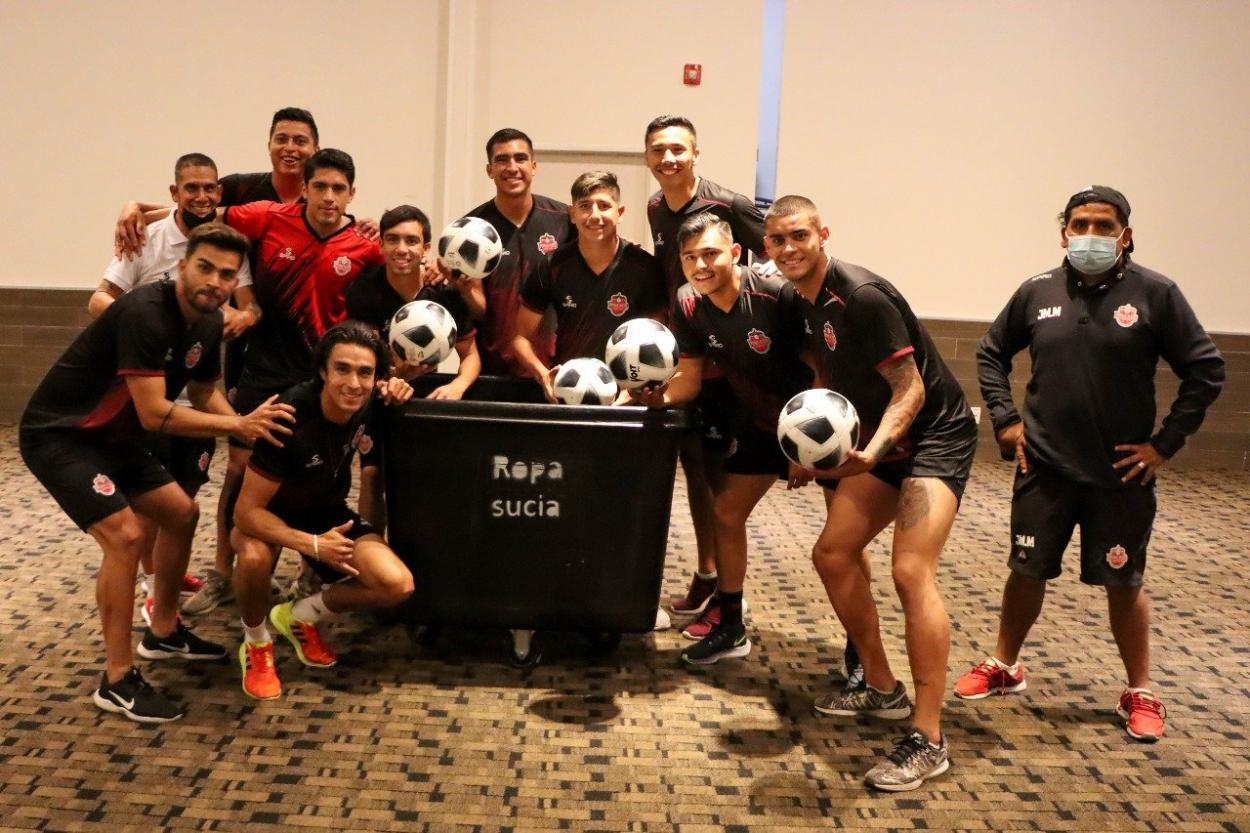 The Morelos stadium is ready to host the first match of the first day of the Apertura 2021. 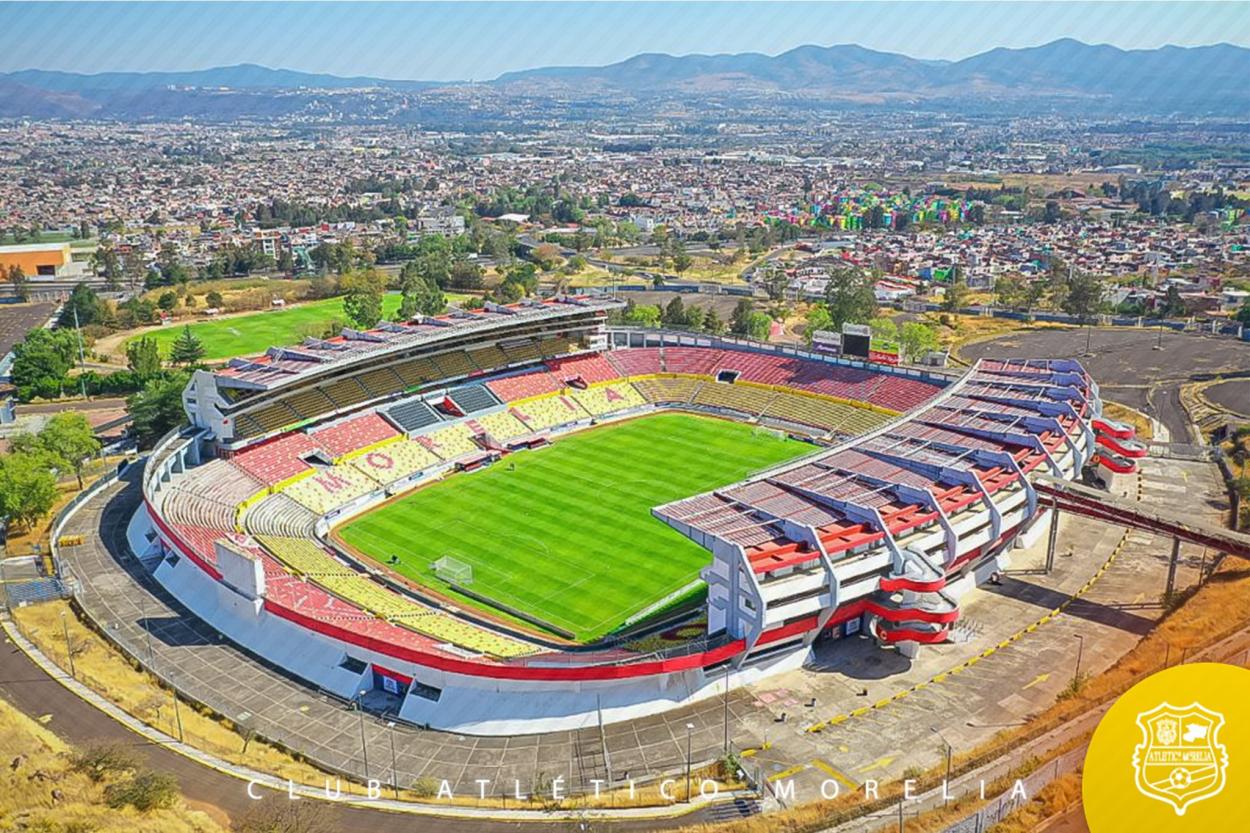 Stay tuned for the Atletico Morelia vs Mineros live stream.

In a few moments we'll share with you the starting lineups for Atletico Morelia vs Mineros live, as well as the latest information from the Estadio Morelos. Don't miss any details of the match with VAVEL's minute-by-minute live online coverage.
1:58 AM2 months ago

How to watch Atletico Morelia vs Mineros Zacatecas Live Stream on TV and Online?

If you want to watch the game Atletico Morelia vs Mineros Zacatecas live on TV, your options is: TUDN.

Prior to the start of the tournament, Morelia announced that the match corresponding to the first day of the tournament will be played without people due to the increase in the number of infections that have occurred in recent weeks in Morelia and in the country.
1:48 AM2 months ago

Ricardo Valiño spoke prior to the match against Mineros and their start to the tournament: "The objective is to seek that championship that we know we had close and nothing is going to stop us from fighting to achieve it".

"It hurts us that there is no promotion but we consider that soon the promotion will be back and we will be able to dispute as we want, in the meantime we have to do it by generating a solid base in the project so that when the promotion is released we can be a competitive team," he continued.

Valiño also took the time to talk about the pandemic in which Mexico and the world are living, and asked the fans to take care of themselves: "This is what someone who suffered from it and had a bad time says, we must not underestimate this disease, it is something very difficult that we have to go through, the pain of being hospitalized and losing loved ones makes us aware, now there is a third wave that we cannot let pass, I only ask you to take care of yourselves and continue with the measures".

The team coached by Alexis Moreno suffered a number of departures for the start of this tournament, including the departure of their long-time starting goalkeeper Antonny Monreal, who emigrated to Greece. Other departures include Francisco Rivera, Héctor Mascorro, Diego Aguilar, Alan Vidal and Moisés Hipólito.

Of the additions to the Zacatecas team, the arrivals of Santos Robles, Sergio Ceballos, Jonathan Vega, Fernando Plascencia, Rafael Duran and Alexis Andrade stand out, all of whom will try to get Mineros into the top positions in the table.

Morelia arrives to this duel with a lot of departures and arrives to this tournament with a lot of departures. William Mejía and Eduardo Pérez were among the first departures and the ones that will hit the yellow-and-red team the hardest, as both players were part of their attack; Alejandro Arana, the starting goalkeeper, and Emmanuel Loeschbor will not continue with the Purépechas for this Grita México Apertura 2021.

Mineros comes to this tournament after a strong preseason where they played against Tapatío, Pumas Tabasco, Chivas and Necaxa; they won against the first two, tied the match against Chivas, but suffered a heavy defeat against Necaxa, a match in which they were beaten. 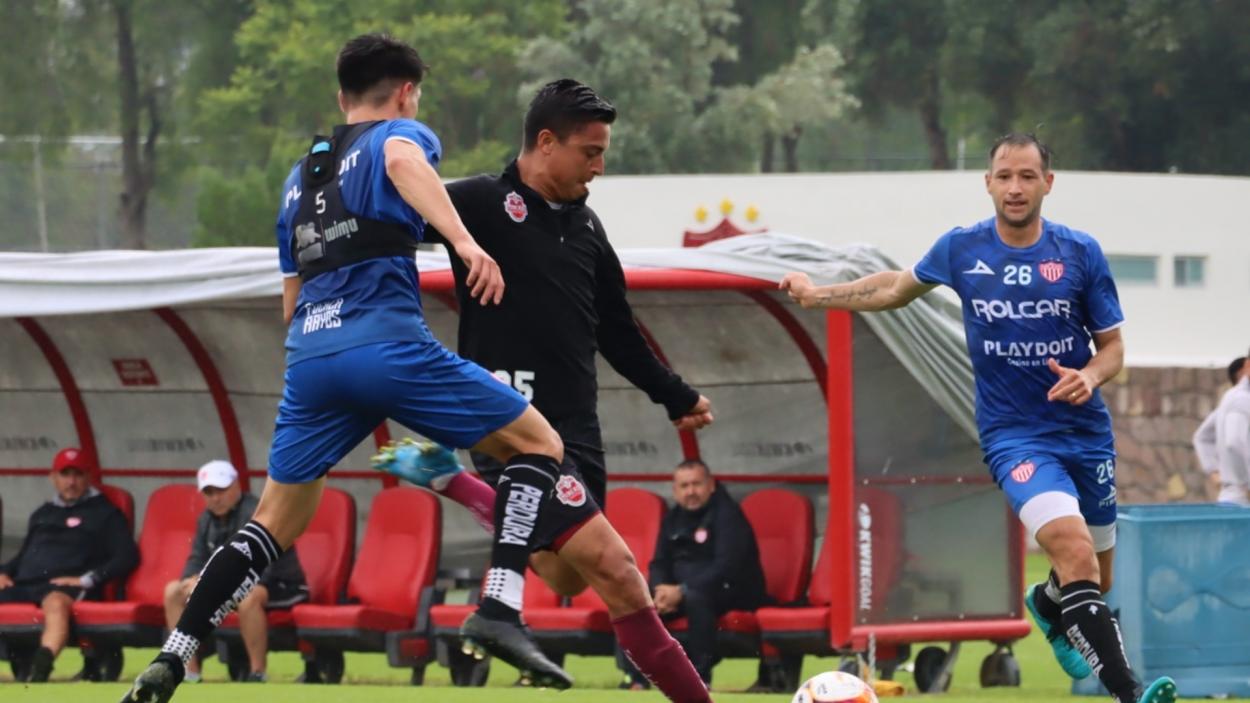 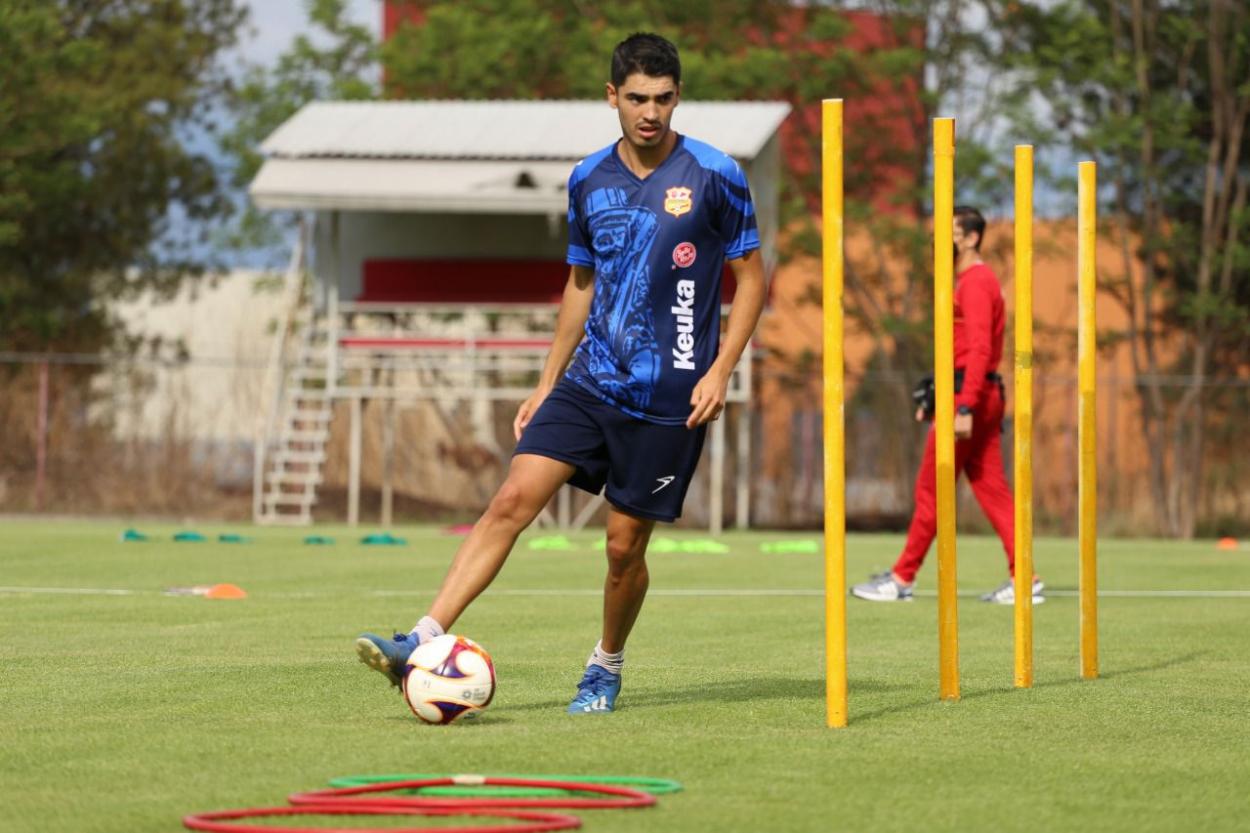