It's over!!! Mexico wins on aggregate and qualifies to the final, will face the United States.
12:22 AM2 months ago

A brawl broke out before the end of the match, as the Canadian crowd picked a fight with the Mexicans.
12:18 AM2 months ago

Goal, goal, goal for Mexico! In the final minute, Héctor Herrera appeared and shot into the goal to give Mexico a place in the final. A goal with a dedication to the sky.
12:12 AM2 months ago

Crepeau saves it! After Pizarro's impact with the ball, Canada's goalkeeper saves the ball.
12:11 AM2 months ago

The match restarts after being stopped for a few minutes.
12:06 AM2 months ago

The match is stopped! The referee stops the match after the homophobic shout was heard in the building.
12:05 AM2 months ago

Close, close second! Rodriguez sends in a cross after a great run, Funes Mori dives and heads, but the ball goes wide of the goal.
12:01 AM2 months ago

Moreno came close to scoring, but Crepeau ended up keeping the ball.
11:57 PM2 months ago

Goalkeeper! Great save by Talavera to prevent Canada's second after a great shot by Buchanan.
11:53 PM2 months ago

He stopped it! Crepeau dives and prevents his goal from falling again, Salcedo misses from the eleven steps.
11:43 PM2 months ago

Penalty! The referee signals another penalty after a foul on Corona.
11:42 PM2 months ago

VAR! The referee will review a play in favor of Mexico in Canada's area.
11:39 PM2 months ago

Canada's goal! Great breakaway that ends in a shot by Buchanan to tie the match.
11:30 PM2 months ago

Great pass from Orbelin, but Herrera is caught by the defense and can't get a shot on goal.
11:26 PM2 months ago

Buchanan got away and ended up shooting at Talavera's goal, but the attentive goalkeeper prevented his goal from falling.
11:24 PM2 months ago

The second half kicks off in Houston, Canada will be looking to tie the match.
11:08 PM2 months ago

It's over! The first half ends and with Orbelin Pineda's penalty goal, Mexico wins it at halftime.
11:03 PM2 months ago

Goal, goal, goal for Mexico! Great shot by Orbelin, who waits for the goalkeeper to beat him and then touches the ball into the box. The celebration goes straight to the sky.
11:02 PM2 months ago

Penalty! The referee signals Henry's foul on Corona inside the box and awards the penalty. Orbelin picks up the ball to take it.
11:01 PM2 months ago

VAR! The referee reviews the plays, both the foul on Corona, as well as Édson Álvarez's kick on the field.
10:59 PM2 months ago

What's going on! Mexico calls for a foul inside the box on Corona; Édson Álvarez commits a foul to stop the match and another brawl breaks out in the match.
10:58 PM2 months ago

The match is quite tight in the midfield, both teams are looking to open the scoreboard.
10:53 PM2 months ago

Great sweep by Salcedo that avoids a filtered pass.
10:43 PM2 months ago

Good cross by Johnston who anticipates Gallardo and prevents him from shooting.
10:41 PM2 months ago

Canada comes close! Salcedo lets the ball bounce and Eustáquio shoots at Talavera's goal, but the ball goes into the stands.
10:29 PM2 months ago

Great intervention by Talavera, the goalkeeper gets in the way and avoids Laryea's shot on goal.
10:29 PM2 months ago

The game is heating up! Miller's tackle on Corona ends in a small brawl between the two teams, but nothing happens and the match continues.
10:25 PM2 months ago

Herrera's shot was saved by Crepeau in two times.
10:24 PM2 months ago

Excellent defensive sweep by Miller prevents the Mexicans from firing on goal
10:20 PM2 months ago

Good marking by Moreno, who takes the ball away from Buchanan and avoids creating danger.
10:18 PM2 months ago

The first forty-five minutes of this semifinal kick off in Houston.
10:15 PM2 months ago

Before kick-off, a minute of silence is observed for the death of Jonathan Dos Santos' father.
10:02 PM2 months ago

Both the fans and both teams are ready for the semifinal of the 2021 edition of the Gold Cup in Houston. Both teams will be looking for the victory to dispute a new final of this tournament.
9:58 PM2 months ago

Prior to kickoff, Héctor Moreno thanked the fans for their support and asked for respect for the opposing goalkeeper and referees, arguing that there is no room for discrimination.
9:57 PM2 months ago

Both teams are already at the NRG Stadium where they will be looking for a victory to advance to the final and face the United States.
9:52 PM2 months ago

After learning of the death of 'Zizinho', Gerardo Martino spoke prior to the start of the match, it is a situation that Jonathan Dos Santos is going through: "A huge loss, we support him and give him all the strength we can. The rest is a personal decision and he did talk to us.
9:47 PM2 months ago

The United States is already waiting for the winner of this duel to meet in the Gold Cup Final. The Americans defeated Qatar in the final minutes with a goal by Zardes.

The United States is already waiting for the winner of this duel to meet in the Gold Cup Final. The Americans defeated Qatar in the final minutes with a goal by Zardes.
9:42 PM2 months ago

Both Mexico and Canada have two great goalkeepers in goal, on the tricolor's side is veteran Alfredo Talavera, while for Canada, Maxime Crepeau has proven to be quite secure in goal.
9:37 PM2 months ago

Despite the loss of his father hours before the match, everything indicates that Jonathan Dos Santos will play this duel and possibly be in Martino's starting XI.
9:32 PM2 months ago

Mexico has the advantage

Of the last five meetings between these teams, four were played in the group stage, all of which were won by the Mexican National Team. In the only match that took place in the 2000 elimination round, Canada won with a Golden Goal two minutes into overtime, leaving the score at 2-1.
9:27 PM2 months ago

Hours before the match, it was announced the loss of Geraldo Francisco Dos Santos Javier 'Zizinho', former player of the American team, father of Giovanni and Jonathan Dos Santos. 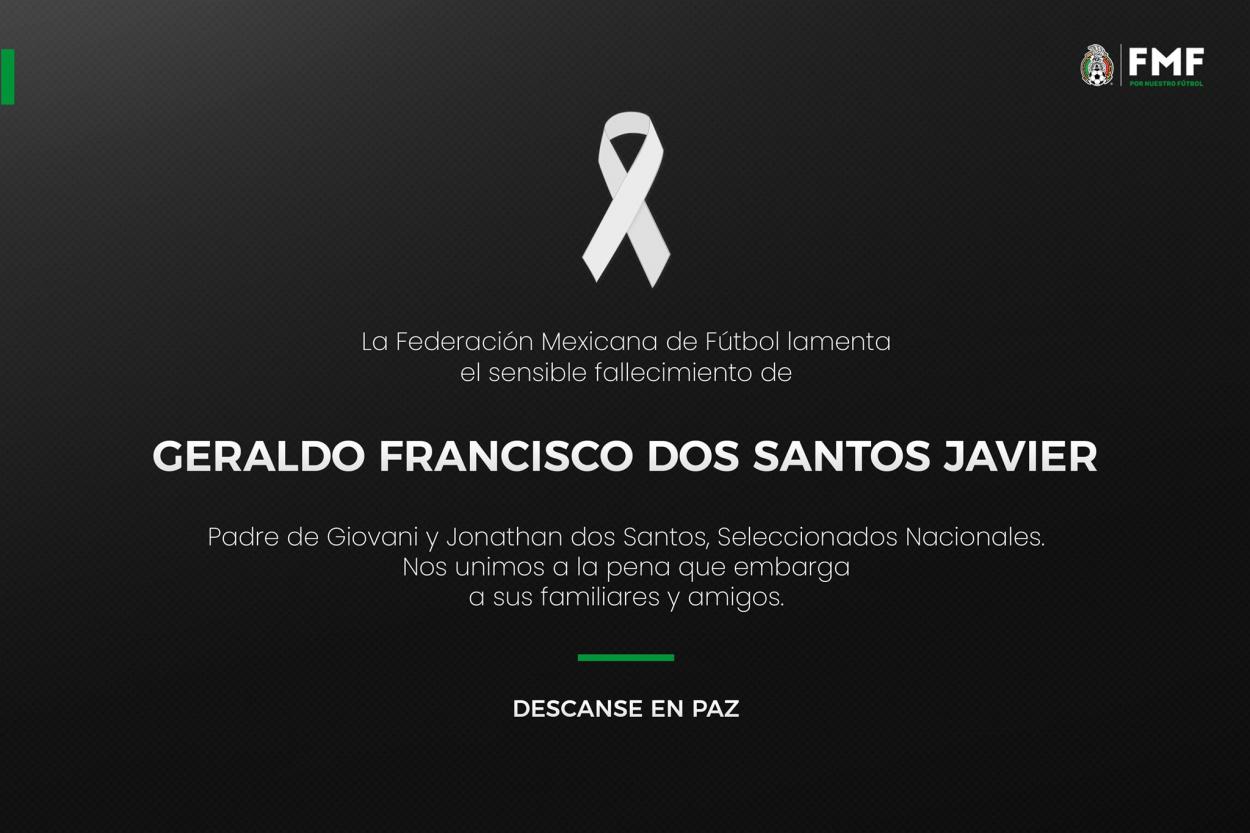 The central referee will be Daneon Parchment, arriving from Jamaica, as well as assistant referee 2 and fourth official, Jassett Kerr and Oshane Nation. Assistant referee 1 is Caleb Wales, coming from Trinidad and Tobago; while in the VAR is Allen Chapman and in the AVAR Armando Villareal; both Americans.
9:17 PM2 months ago

How to watch Mexico vs Canada Live Stream on TV and Online?

If you want to watch the game Mexico vs Canada live on TV, your options is: TUDN.

What time is the Mexico vs Canada match of the 2021 Gold Cup Semifinal?

This is the kickoff time for the Mexico vs Canada match on July 29, 2021 in several countries:

Gerardo Martino also spoke before the match: "As I said before the match against Honduras, we are having a Gold Cup with a performance that is going from low to high. Our best compositions have been in the first half against El Salvador and Honduras. We have controlled and deserved to win the four matches we have played, showing the superiority we were supposed to have in each of the games. Now we are in the final stretch where we obviously want to go all the way".

"Canada had already shown the performance they could have, as well as their important individuals two years ago in the previous Gold Cup. I see a very well worked team with positional changes within the same match, with full knowledge of the scheme they are using and the way they are playing. Taking into account the absences, I see a very competitive team that has grown a lot".

Mark-Anthony Kaye spoke to the press prior to the game: "It's a step in the right direction. We don't want to get too far ahead of ourselves, but we set a goal and every time we reach a goal, it creates joy and then we set a new one."

"Making a little bit of history is always good and that's what this group has been doing for the last two years, so we're excited and looking forward to the next game."

"We have to feel good about the team and the players we have. We have to stick to our game plan in whatever happens against the Mexicans and keep believing in ourselves. That's the important thing.

Édson Álvarez, who until the day before was a doubt for this duel, spoke about the situation: "I had a little discomfort in my left leg, mostly due to the accumulation of matches, but it was nothing serious. This week we worked with a low intensity to recover 100 percent and I am available for whatever Tata decides to do tomorrow with the lineup".

Also, he spoke a little about his opponent: "Canada's passing is not a surprise, the teams are getting better and better prepared, they have given a good sensation and have been protagonists in many matches, they lost to the United States, but they were on top of them all the time".

"The important thing here is what we do, obviously the opponent has a lot to do, but if we are good tomorrow, if we are focused as we have been in recent matches and we are also convincing, I think it will be a game with a good feeling for us.

Canada defeated Costa Rica with goals by Hoilett and Eustáquio, and tonight they will be looking to do the same against Mexico, although they know it will not be an easy task. 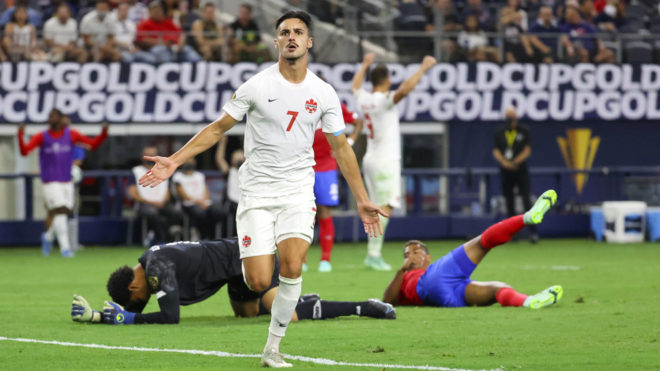 Mexico comes after categorically beating Honduras three goals to zero. Funes Mori, Jonathan Dos Santos and Orbelin Pineda scored the goals that sent Mexico through to the semifinals. Previously, the tricolor had reached this stage after qualifying first in their group. 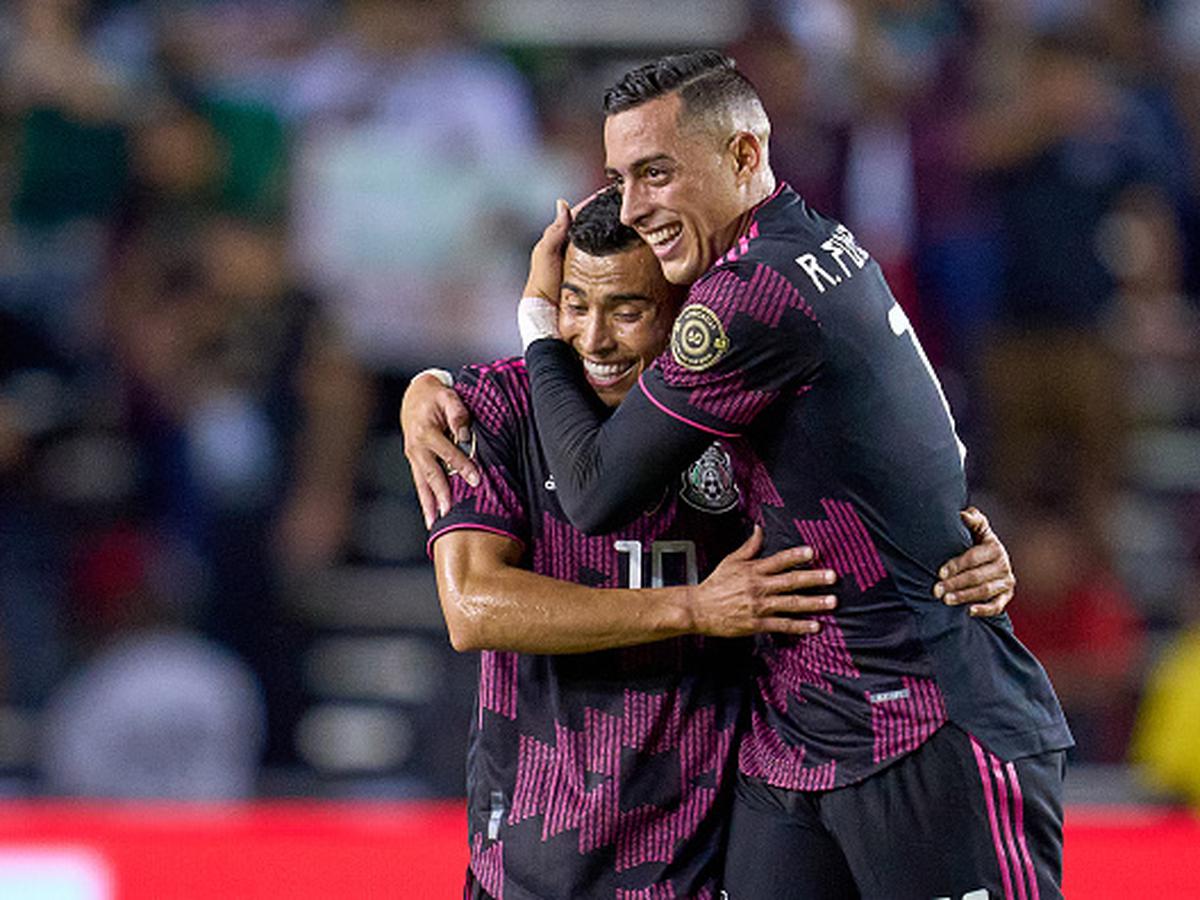 A lot of history!

The Houston venue, the NRG, has hosted quite a few Gold Cup matches, the stadium will be attended by 73,457 spectators; and they are looking forward to witnessing a great match. In 2011, Mexico advanced to the final at this venue after defeating Honduras by a score of two goals to zero.

My name is Lore Solórzano and I’ll be your host for this game. We will provide you with pre-game analysis, score updates, and news as it happens live here on VAVEL. Don't move and follow us to know de most important information of this match.