We hope you enjoyed the broadcast of this Quarterfinal match, stay tuned to VAVEL for more Olympic soccer results and much more from the world of sports.
8:56 AM2 months ago

Mexico to the semifinal against Brazil

Once again, the Olympic Games is preparing a match between the tricolor and the green-and-yellow team, two teams that constantly face each other in definitive matches.
The match will take place next Tuesday, August 3 at 4:00 a.m. ET. 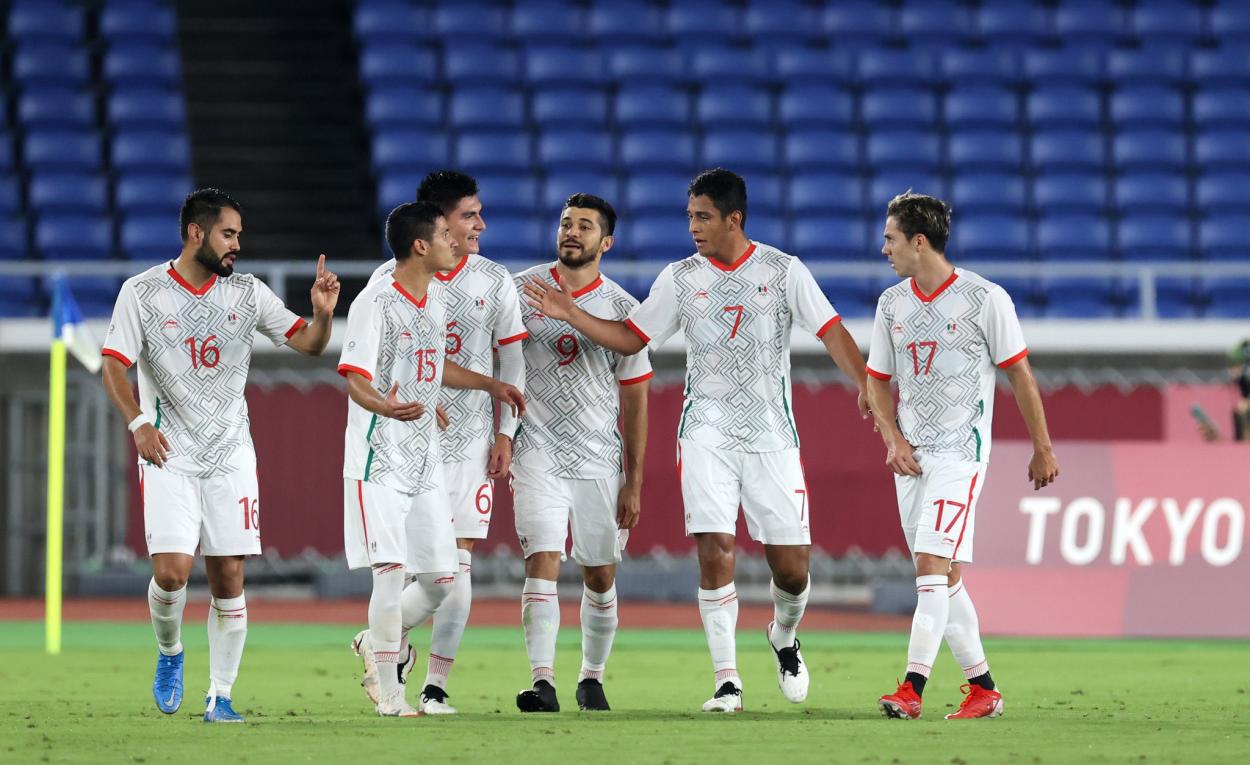 Great play at the right moment that gives the resounding victory to the Mexican national team, undoubtedly one of the best goals of the match.

The match ends with a resounding 6-3 victory for the Mexican national team.
Mexico is in the semifinals with a chance to medal!
The opponent to face will be Brazil.
8:51 AM2 months ago

Hwang scores the third goal for Korea after a cross that ends in a goal with two headers in the box.
8:48 AM2 months ago

A shot from outside the box was perfectly saved by Ochoa at the far post.
8:44 AM2 months ago

A great play by Laínez who crossed for Aguirre and from a half-turn in the area he hit a powerful shot that Song could not miss.
8:36 AM2 months ago

Yellow card for Sanchez for a foul on the Korean team's counterattack.
8:29 AM2 months ago

Great play in the box from Vega to Córdova, who passed the ball to Antuna but the latter was unable to finish against goalkeeper Song.
8:25 AM2 months ago

Loroña laid the ball off for Córdova, who hit the ball with an impressive left-footed shot at the angle, which hit the crossbar and ended up in the net.
8:19 AM2 months ago

Brazil is waiting for a rival

Only the last finalist in the Mexico vs. South Korea match remains to be defined, the winner will face the Brazilian team that defeated Egypt 1-0.
8:16 AM2 months ago

After a VAR review, the central referee decrees GOAL for the Mexicans.
8:15 AM2 months ago

Córdova's cross from a free kick finds Martin in the six-yard box and Mexico scores the fourth goal of the match.
8:12 AM2 months ago

Lee takes the ball off a rebound in the box and with an impressive left-footed shot he leaves Ochoa with no chance, sending the ball into the top corner of the far post.
8:08 AM2 months ago

Yellow card for Won for a foul in midfield on Córdova that stopped the Mexican counterattack.
7:48 AM2 months ago

At the end of the first half, the score was 3-1, giving the Mexican national team a momentary lead.
7:47 AM2 months ago

Wonderful reception and definition of the number seven of Mexico, after a pass from Vega was also quite accurate.

The locals to the semifinals

The Japanese team advances to the semifinals and will play against Spain, only the definition of the other match that until now would be disputed between Brazil and Mexico.
7:41 AM2 months ago

Córdova scored the third from the penalty spot.
The referee awarded the penalty for a foul on Antuna in the box, and Kang was cautioned for the foul.
7:38 AM2 months ago

This is how the scoreboard opened

With this assist from Romo, Henry Martin opened the scoring at Nissan Stadium tonight.

Córdova's shot goes right into the hands of goalkeeper Song.
7:34 AM2 months ago

Yellow card for Vasquez for a foul to stop Korea's counterattack.
7:32 AM2 months ago

Luis Romo entered the box to find a good cross from Vega, he received the ball with his right foot and without dropping it, he scored with his left foot at the far post.
GREAT GOAL FOR MEXICO!
7:28 AM2 months ago

Alexis Vega sent in a fierce cross from the left that hit defender Seol at full speed and the ball nearly went in.
7:26 AM2 months ago

Lee's shot to the far post, which goes very close but wide of the goal.
7:23 AM2 months ago

Impressive cutback by Lee, who feinted past Romo and fired a powerful shot to beat Ochoa.
7:19 AM2 months ago

Seol sent a cross into the area, which Ochoa caught without difficulty.
7:17 AM2 months ago

Hwang forced his way into the area and fired a shot but Ochoa responded well in goal.
7:14 AM2 months ago

Kim's shot went well over Ochoa's goal but the referee called a foul in Mexico's favor.
7:07 AM2 months ago

Great coverage by Sanchez against the arrival of Corea on the right flank.
7:01 AM2 months ago

Mexico kicks off the match at Nissan Stadium.
7:00 AM2 months ago

Spain defeated Ivory Coast and qualified for the semifinal with a resounding score of 5-2, and is now awaiting an opponent for that match. 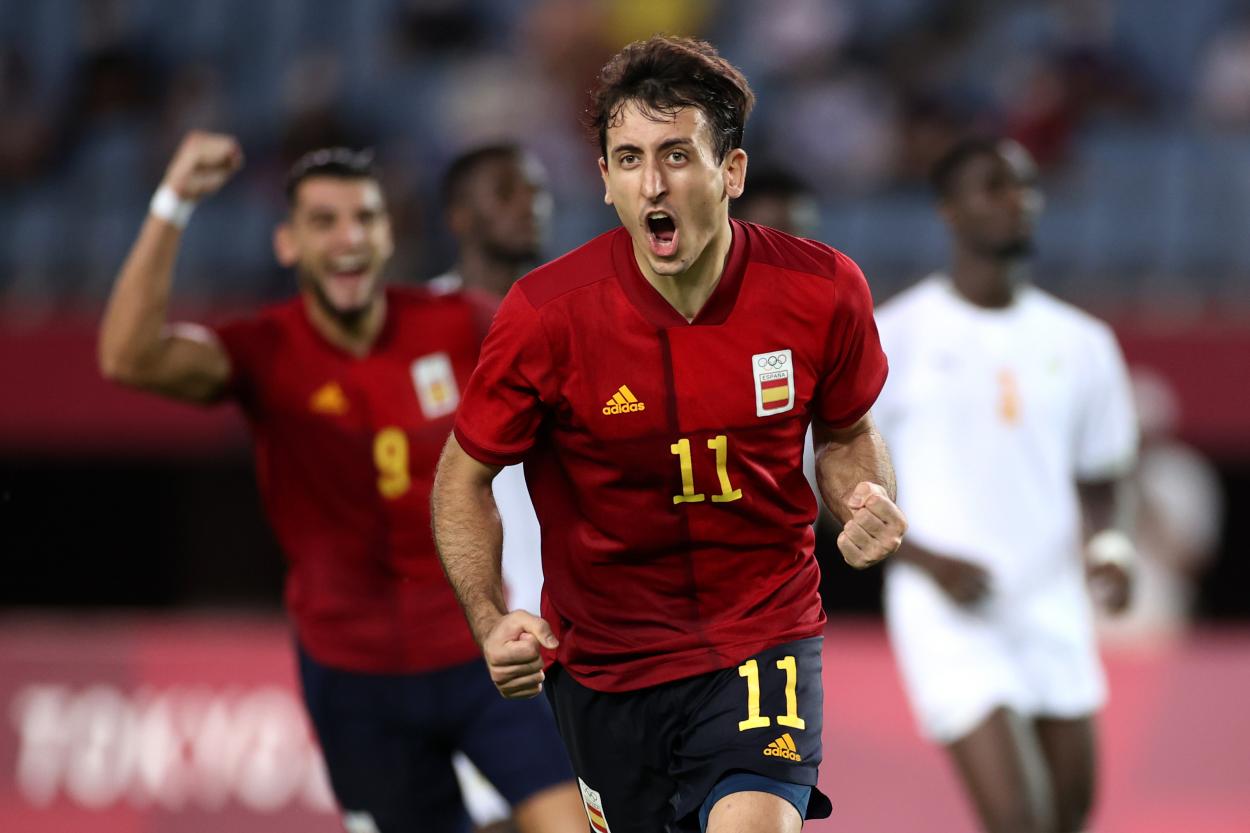 Refereeing for Mexico vs South Korea

They will be in charge of the refereeing tonight, it's worth mentioning that the plays will be reviewed in the VAR in case of controversy.

On the part of the Korean team, the formation will be a 4-4-1-1, and these players will form:

Mexico vs South Korea in the Olympics

Although Mexico has dominated in recent matches, things are reversed when it comes to the Olympic Games. Of the five times these two teams have faced each other, three victories have gone to Korea in 1948, 2004 and the most recent one in Rio de Janeiro 2016.

The other two matches resulted in goalless draws, so this time, Mexico will be looking to break this bad streak in order to advance to the semifinals in search of an Olympic medal. 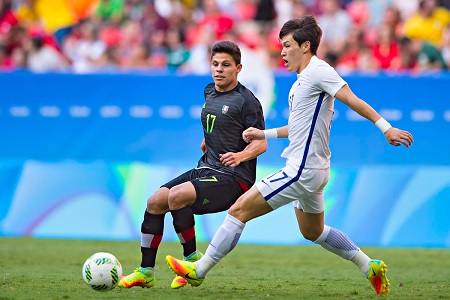 In the last five matches played between the two teams, three times Mexico has won, one was a draw and one was a victory for the Koreans.

The most recent match was a victory for the team from the American continent, with a score that ended 3-2 in a friendly game played in 2020.

In a few moments we will bring you everything related to this quarterfinal match of the Tokyo 2020 Olympic Games, which will pit none other than the Mexican National Team against South Korea.
You can't miss it!
10:19 PM2 months ago

In a few moments we will present you the match lineups and all the details of Mexico vs Korea, live from Japan.
All the details and confirmed lineups are coming soon!
10:14 PM2 months ago

How and where to watch Mexico vs Korea

The match will be broadcast on television on Telemundo and NBC Sports.

If you prefer to follow the match online, remember that VAVEL Mexico is your best option.

Jimmy Lozano sent this formation to face the last match against South Africa:

On the Korean side, the player to watch and who will have to mark the Mexican backline very well will be Ui-Jo Hwang, who scored 3 goals against New Zealand in his last match.

He is a youthful striker who is also going through an extraordinary moment, and who will have to play a leading role with his characteristic eye for goal if the Koreans are to advance to the semifinals. 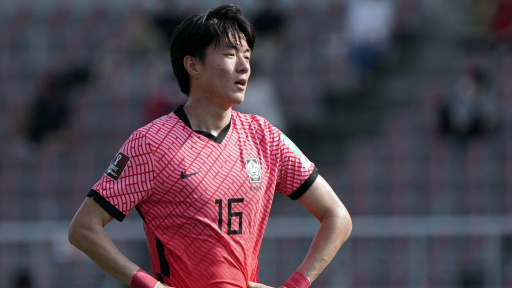 Luis Romo has been the driving force of the Mexican national team in the midfield, he has had a very good number of successful passes.

He is currently going through a great soccer level that will allow him to continue leading his teammates when attacking but also moving and looking for every ball when there is a play against him.

In the match against Korea, his good performance will be fundamental to advance to the semifinals. 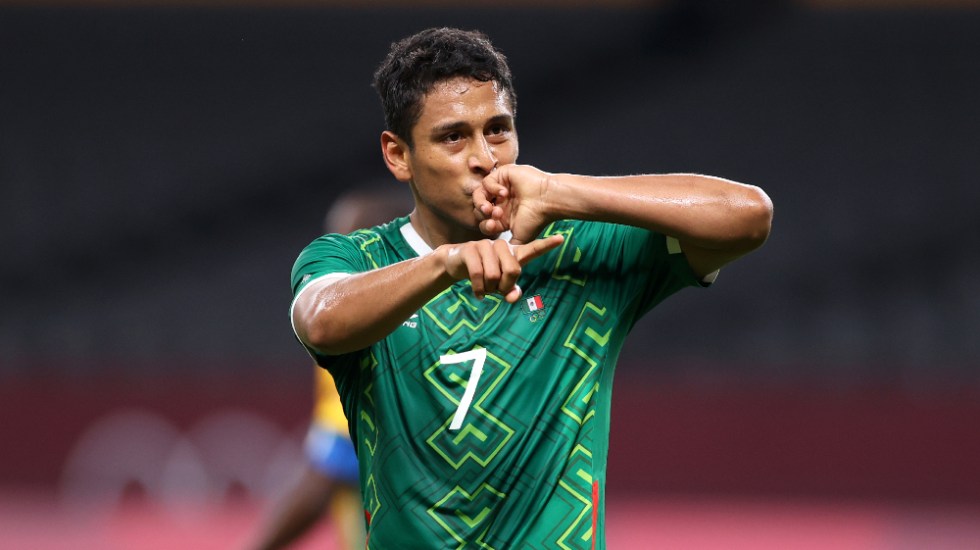 Korea with high hopes for the tournamen

The eastern team began with a stumble against New Zealand and by the minimum that later would correct in a formidable way.

In the second match they defeated Romania 4-0 and finally beat the Hondurans 6-0, which placed them in first place in their group, with 6 points but a goal difference of +9.

Mexico had an acceptable group phase

The team began by beating the French team with a convincing score of 4-1, and then faced the tournament hosts and lost by a tight 1-2 score.

Finally, and to everyone's expectation, they managed to qualify with a 3-0 win over South Africa, obtaining second place in Group A.

They are now looking to decorate Mexico's medal tally and, if possible, bring a gold medal back to Mexican territory.

The match will be played at Yokohama International Stadium

The Mexico vs Korea match will be played at the Yokohama International Stadium, Japan, with capacity for 72,327 people.
It was one of the venues of the 2001 FIFA Confederations Cup and the 2002 FIFA World Cup, including the finals.
It is currently the home stadium of the Yokohama F. Marinos of the J1 League of soccer and also hosted the Intercontinental Cup from 2002 to 2004, as well as seven editions of the FIFA Club World Cup between 2005 and 2016, including the finals.

The Tokyo Olympic Games have brought bad results for Mexican athletes in general, who only have the sad amount of 2 bronze medals.

In view of this, soccer could be a hope to win another medal, and the Mexican players are hoping for a repeat of the gold medal won at London 2012.

On the other hand, the Korean team is looking to add another medal to their current 15 medals, including 5 gold medals, so the match promises to have two teams eager to win.