With goals from Salvador Reyes and Roger Martínez on penalty, Club América wins its third GritaMéxico21 duel
8:53 PM4 months ago

Araujo filters down the right and in the second play Escoto tries to take it to Jiménez's goal.
8:51 PM4 months ago

Five minutes of compensation are added
8:44 PM4 months ago

Double change for the local team. Luis Fuentes and Álvaro Fidalgo are replaced by Bruno Valdéz and Karel Campos.
8:39 PM4 months ago

Shot! Layún has a shot on goal but the ball is intercepted.
8:37 PM4 months ago

Caution for Aquino
8:35 PM4 months ago

Change for America. Richard Sanchez is out, Fernando Madrigal is in.
8:27 PM4 months ago

GOOOOL. Chava' Reyes capitalizes on an American attack and increases the difference in favor of the home team.
8:14 PM4 months ago

Close! La Franja is saved, Salvador Reyes approaches from the right flank and shoots from outside the area, Silva manages to deflect it.
8:09 PM4 months ago

América's cross is cut by Segovia
8:06 PM4 months ago

Second half kicks off at the Azteca Stadium
7:52 PM4 months ago

Aristeguieta tries to surprise Óscar Jiménez with a left-footed shot, but the goalkeeper controls it with a two-timer.
7:35 PM4 months ago

Salvador Reyes gets the diagonal on the back line, but center back Israel Reyes makes a perfect sweep to send it to the corner.
7:32 PM4 months ago

Ball stopped for Club América, Richard Sanchez is encouraged with the shot from half distance but the goalkeeper very well keeps the ball.
7:32 PM4 months ago

Naveda suffers a severe injury and has to be replaced by Pedro Aquino, the player will be taken directly to the hospital.

Foul on Santiago Naveda in the area, the Azulcrema player is severely injured.
7:03 PM4 months ago

Actions kick off at the Azteca stadium
6:53 PM4 months ago

Las Águilas take to the field for training prior to kickoff

América and Puebla have faced each other 46 times in short tournaments, of which América has won 23, they share 16 draws and La Franja has 7 victories.
With 72 goals for the Coapa team and 44 for the Puebla team, that's a total of 116 goals.
6:20 PM4 months ago

Los Poblanos will wear their new uniform this Saturday at the Azteca to celebrate 200 years of Puebla tradition. The navy blue predominates in the uniform and the frank characteristic stands out in white. 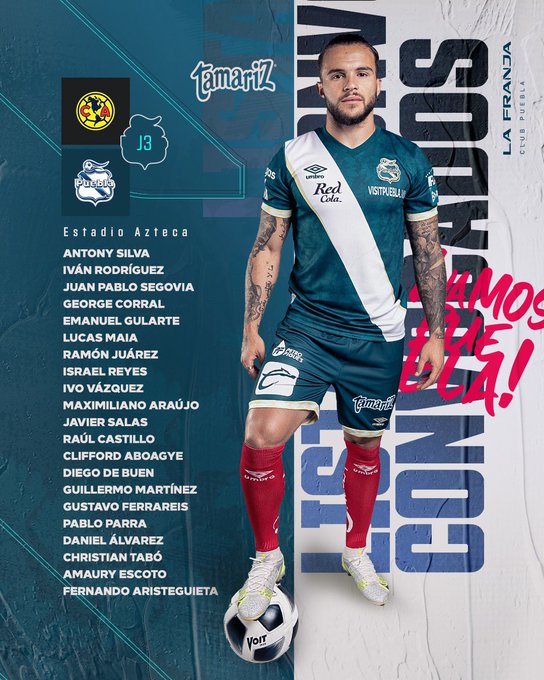 In spite of the departures from the squad, George Corral sees La Franca as serious contenders for the title:

"Of course, there are possibilities (to fight for the title) we want to have a good tournament, do things right, achieve more than what was already done in previous tournaments and little by little we have to start adding up to three, gain confidence to lead us to what we want," said the defender.

Do not miss a detail of the match America vs Puebla live updates and commentaries of VAVEL.
6:00 PM4 months ago

How to watch America vs Puebla Live Stream on TV and Online?

If you want to watch the game America vs Puebla live on TV, your options is: TUDN.

With the departure of the team's leader, Ormeño, Cristian Tabó will have to become the great leader of the Puebla attack and carry the team on his shoulders. 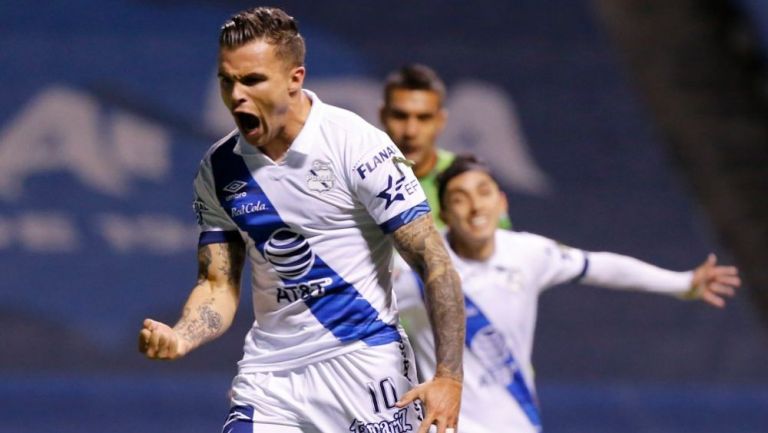 The 23-year-old winger is the newest Azulcrema reinforcement. Although he has only played a few games with the Coapa team, his presence on the field has been noticed and he stands out as a skillful player who provides América with explosions and speed, which facilitates more alternatives in attack. 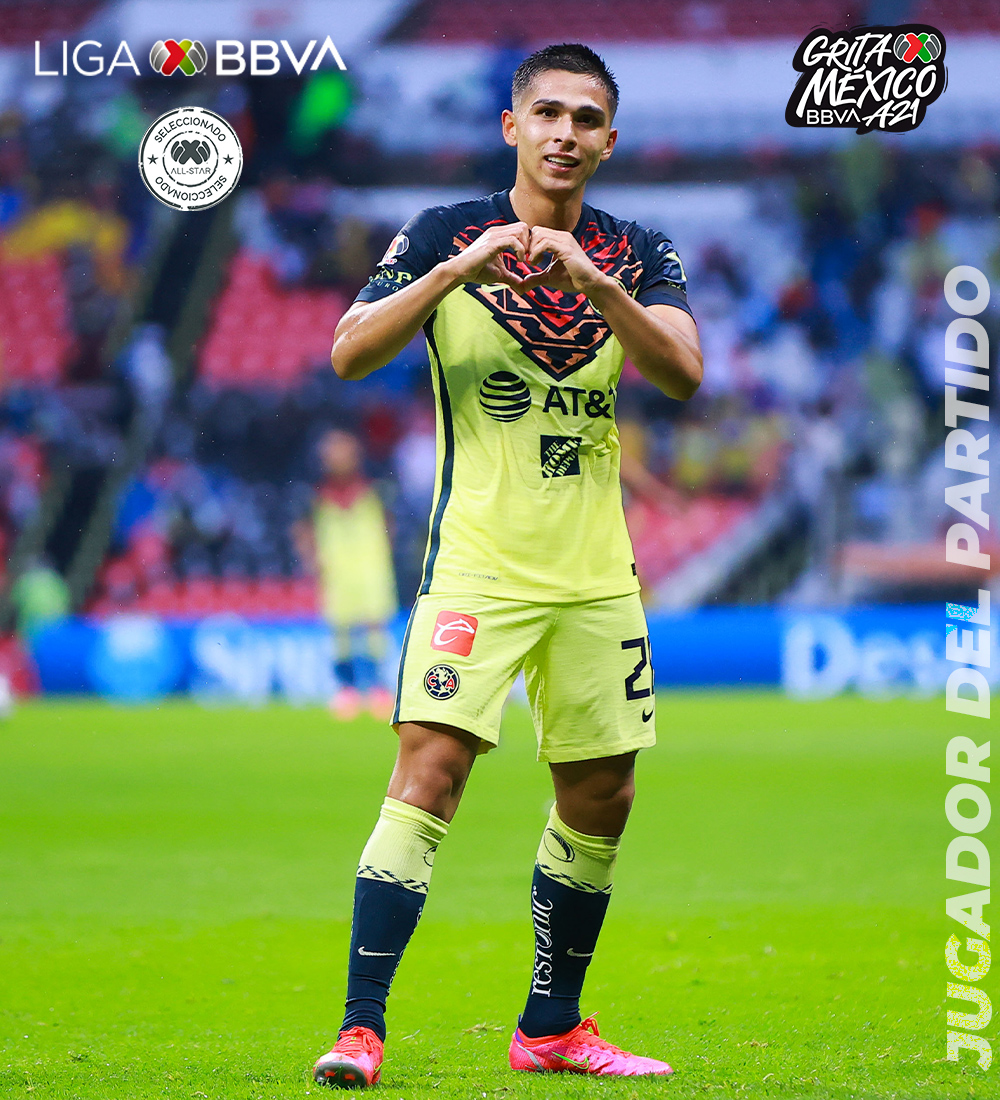 On Friday morning, it became official that some Mexican states, including Mexico City, would return to red light status, which would imply the closure of stadiums. However, the head of the Government of Mexico City assured that there are no plans to cancel the capacity of certain events. The measure takes effect as of Monday, so it is not known whether the Azteca stands will be able to hold people for the following matches
5:35 PM4 months ago

Los Poblanos come in with a draw and a loss, in fourteenth place with only one point and a -2 goal difference.
5:30 PM4 months ago

The Águilas are in eighth place with two games played, one draw and one win and a one-goal difference. The Águilas are still without their players who are in Tokyo with the Olympic Tri: Guillermo Ochoa, Jorge Sánchez, Sebastián Córdova and Henry Martin.
5:25 PM4 months ago

The Azteca stadium is a soccer stadium located in Mexico City at 2240 meters above sea level, with capacity for 87,000 spectators, making it the largest in Mexico,5 the second largest in America and the seventh largest in the world.2 It was designed by architects Pedro Ramírez Vázquez and Rafael Mijares Alcérreca, and its construction began in 1962 as part of the project to host the 1970 World Cup. It was inaugurated on May 29, 1966 with a friendly match between América and Torino, which ended in a 2-2 draw. The first goal was scored by America's Arlindo dos Santos.
5:20 PM4 months ago

Although the GritaMexico21 is in its initial stages, the teams know that it is vital to recover points at this stage. Although Club América has already won its first match in front of its fans at the Estadio Azteca, it wants to repeat the blow of authority at home. However, Larcamón knows that it is a good opportunity to give his team confidence to take two points from América.
5:15 PM4 months ago