We hope you enjoyed the Atlético San Luis vs Necaxa matchday four of Liga MX. Stay tuned to the VAVEL website for updates throughout the day.
11:11 PM4 months ago

Necaxa finally scored a point in the tournament and earned its first three points in the Apertura 2021.

After a match in which everything seemed to favor the locals, the squad coached by Memo Vásquez managed to pull out all the stops and take advantage of San Luis' defensive errors.

With this score, the team from Tierra Caliente moved up to 12th place in the overall standings.

The match ends at the Alfonso Lastras pitch! Atlético de San Luis falls by the minimum against Rays, who get their first win in the tournament.
10:53 PM4 months ago

GOOOOOOOAL from Necaxa
10:41 PM4 months ago

Last 10 minutes of the match! Necaxa will defend the score while San Luis will have their last chance to look for the equalizer.
10:34 PM4 months ago

The match begins to cool down. Necaxa adopts a more defensive formation and San Luis goes on the attack for the equalizer.
10:24 PM4 months ago

Change! Escoboza goes out and Idekel Domínguez comes in.
10:22 PM4 months ago

SHOT AWAY! Mauro Quiroga tries to score the second for Rayos, but his shot goes wide.
10:04 PM4 months ago

The second half begins at the Alfonso Lastras!
9:52 PM4 months ago

This is how the goal fell!

This is how the Rayos del Necaxa opened the scoring:

A very tight match! Although both teams have had dangerous chances, neither has had the clearest and most of the time the ball has been concentrated in midfield.
9:26 PM4 months ago

Yellow Card! Ricardo Chávez is cautioned in the match.
9:21 PM4 months ago

Berterame's attempt goes over the crossbar! Little by little, the game is starting to open up.
9:12 PM4 months ago

Dangerous corner for St. Louis! On a well-taken shot by Waller and connected by Berterame, San Luis almost opened the scoring.
9:09 PM4 months ago

Necaxa's shot! Bryan García hit the goal with everything he had and San Luis is saved.
9:01 PM4 months ago

The ball is rolling at Alfonso Lastras! The first 45 minutes kick off between Atlético San Luis and Necaxa.
8:50 PM4 months ago

In a few moments we will start

In a few moments we will start the broadcast of the opening match of Day 4: Atlético de San Luis vs Necaxa from the Alfonso Lastras Stadium.
8:39 PM4 months ago

These are the 11 Rayos that Memo Vásquez will send to the field to try to get the first victory of the tournament:

It's time to warm up!

The Atlético de San Luis squad is already warming up at the Alfonso Lastras stadium for the start of the fourth matchday.

In search of the first win

Necaxa comes into this match after three games without a win or a draw. The team coached by Memo Vásquez has not had the start to the tournament they had hoped for and they are looking to finally score points in this match against the tournament's runner-up, who have dazzled fans with their two victories at home against Chivas and Pumas. 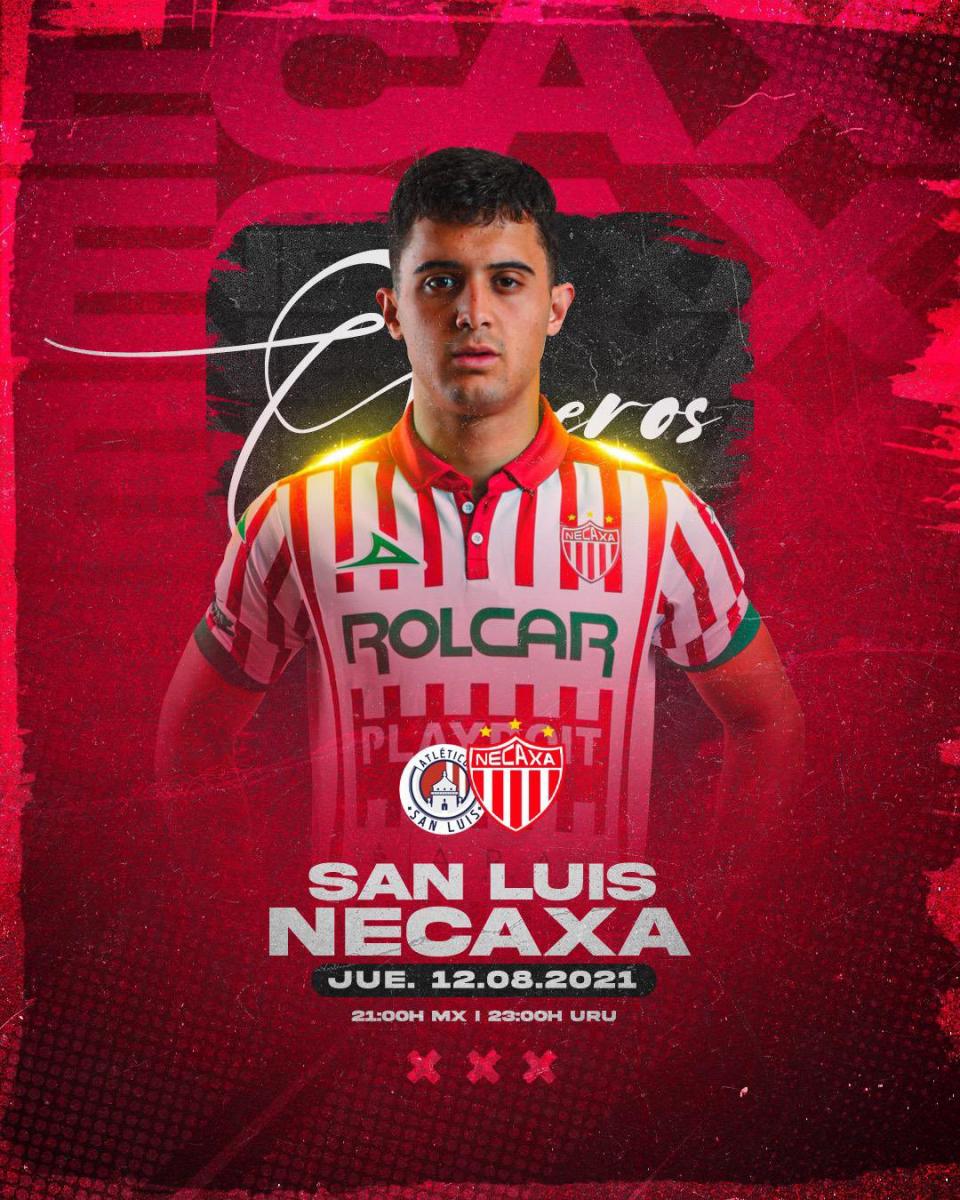 The beautiful images that soccer gives, this is how the Alfonso Lastras Stadium looks like in this sunset before the start of the match.

Contrary to Necaxa's senior squad, the U-20 team is doing well in the lower division of Liga MX and earned three points against San Luis.

To take it with humor

Necaxa knows that today they face the runner-up in the overall standings, which is why they are taking the context of the match with humor without losing the illusion of coming away with the victory.

The day has arrived!

The wait is over! Atletico de San Luis will welcome the team from Tierra Caliente to the Alfonso Lastras stadium for the start of the fourth day of the Mexican soccer championship.

Do not miss a detail of the match with the live updates and commentaries of VAVEL. Follow along with us all the details, commentaries, analysis and lineups for this San Luis vs Necaxa match.
9:58 PM4 months ago

What time is San Luis vs Necaxa match for Liga MX?

This is the start time of the game San Luis vs Necaxa of 12th August in several countries:

So far, Alejandro Zendejas is the team's leading scorer so far in the championship, the Juárez-born player has played in this tournament as an inside-left player despite being a winger on the left, however, he has been a great addition to the squad coached by Memo Vásquez as he has started all three games played and has played all 270 minutes available. Likewise, statistics show that Zendejas is reflected in the scoreboard every 135 minutes, so in this match there will be the possibility of seeing him dazzle on offense.

Since his arrival at San Luis for the 2019 Apertura, Germán Berterame has been one of the most important players in the Potosí team; last season he played 30 matches, scored 8 times and assisted on only one occasion. In the current competition, the Argentine has appeared three times in the starting lineup, completing the 270 possible minutes of the tournament, likewise, he already managed to break the nets last Sunday in Ciudad Universitaria contributing to the San Luis' victory over Pumas in date 3, so it is very likely that we will see with ample possibilities to generate danger in the rival area and tip the scales in favor of the red and white team.

Potosinos and Rayos have met 33 times (18 wins for Necaxa, 6 draws and only 9 wins for San Luis) between Liga MX, Copa MX and Liga de Ascenso. The record is in favor of the Rayos del Necaxa, as not only do they have the advantage in wins, but they also have a wide difference in goals scored (50 goals for Necaxa and 26 for San Luis). The last meeting between the two teams dates back to Day 2 of Guad1anes 2021, where the Necaxa squad took all three points by the slimmest of margins. 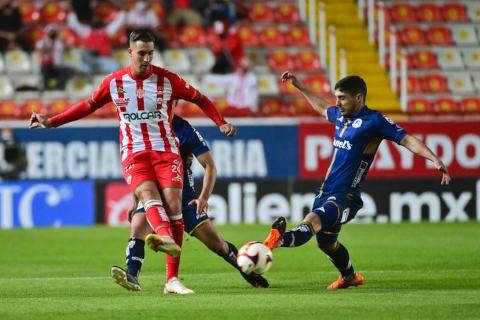 The referees for this match will be: Cesar Arturo Ramos as the central referee, Enrique Días and Jesús Caballero as the assistants 1 and 2, finally Edgar Araujo as the fourth official.
9:23 PM4 months ago

They just can't get back on their feet

The Rayos del Necaxa are currently going through one of their worst moments; the team coached by Memo Vásquez has not been able to score so far in the championship and despite the fact that they have managed to do some damage on offense, the team is one of the teams that have scored the most goals in these first three matchdays and they are positioned at the bottom of the general table. So far their rivals have been teams that are in the top places in the championship and San Luis will be no exception, so a victory would be a sigh of relief for the representatives of Aguascalientes.

To maintain the excellent level presented.

The squad coached by Marcelo Méndez has surprised all and sundry after their great start to the tournament, after having a terrible Guard1anes 2021, Atlético de San Luis presents a completely different face by placing among the first four in the general table with 7 points (2 wins, 1 draw). It is also noteworthy that despite having one of the most complicated starts, the San Luis team has come out on top against two of the national football greats: Chivas and Pumas.

A new matchday will kick off with the duel between Atlético de San Luis and Necaxa on Thursday night at the Alfonso Lastras stadium. On the one hand, the locals are enjoying a fantastic moment at the beginning of the tournament with two wins, a draw and being placed in the first four places in the general standings, while the Rayos are going through one of their worst storms with three consecutive defeats and so far being one of the teams with the highest number of goals in the championship along with FC Juárez. In conclusion, this will be one of the most uneven duels of the tournament.
9:08 PM4 months ago

The San Luis vs Necaxa match will be played at The Alfonso Lastras Stadium, in San Luis Potosí, Mexico. The kick-off is scheduled at 21:00 pm ET.
9:03 PM4 months ago

Welcome to VAVEL.com’s LIVE coverage of the 2021 Liga MX: San Luis vs Necaxa!