We hope you enjoyed the Xolos de Tijuana vs Puebla matchday five of Liga MX. Stay tuned to the VAVEL website for updates throughout the day.
12:02 AMa month ago

Puebla and Xolos tied to add one more point in the Grita México Apertura 2021, however, they continue with the drought of not being able to score three points.

Both teams tried to propose in the first half, but it was the home team who took the lead first on the scoreboard.

In the second half, Nicolás Larcamón made the right moves so that Puebla could equalize in the final part of the match.

Next matchday, Xolos will host América and Puebla will go to Ciudad Universitaria to face Pumas UNAM.

Match ends at the Estadio Caliente! Xolos and Puebla split points at the end of Tuesday's match, however, both teams are still without a win in the tournament.
11:47 PMa month ago

The match reaches the final phase, both teams have 10 minutes left to play.
11:45 PMa month ago

This is how Puebla's tie was scored for the Puebla strip

GOOOOOOOOOOOOOL FOR PUEBLA! GOAL BY MARTINEZ!
11:35 PMa month ago

XOLOS CAME CLOSE! Jordi Cortizó made a great play and slammed his shot into Anthony Silva's face.
11:30 PMa month ago

Puebla insists! Parra closes in on a cross from the left and contacts the ball on a volley that ends up on top of the three posts.
11:27 PMa month ago

Fidel Martínez took a dangerous corner kick, but Angulo made an incorrect contact and sent his shot over the crossbar.
11:19 PMa month ago

Second half kicks off between Xolos and Puebla
10:54 PMa month ago

The first half ends between Xolos and Puebla on the Estadio Caliente pitch.

Current score: 1-0 in favor of the home team.

A mistake in the defense! Victor Gúzman assists Aristeguieta but in the right way, Orozco saves and ends the danger.
10:47 PMa month ago

Corral put the ball back into the home team's box, but Aristeguieta was fouled and the play ended.
10:40 PMa month ago

Puebla tried to tie the score with a shot by Fideo Álvarez, but the shot went wide of the goal.
10:38 PMa month ago

Xolos keeps coming! Fidel Martínez tried to score the second of the match with a mid-range shot that ended up over the crossbar.
10:29 PMa month ago

Danger in the Poblano Area! After a good clearance by Jonathan Orozco looking for Brayan Angulo, the winger managed to get hold of the ball and throw a dangerous service to the far post that Anthony Silva controls correctly.
10:25 PMa month ago

Fifteen minutes into the match, Xolos continues to bombard Puebla while exerting high pressure in the first quarter of the field.
10:20 PMa month ago

This is how the Xolos scored the first goal and took the lead in the match!

First arrival for the visitors! A foul by Corral with a good cross into the box, but none of the Puebla players managed to make contact with the ball.
10:12 PMa month ago

XOLOS GOAL! TITI'S GOAL! The first goal for the Xolos.
10:11 PMa month ago

First dangerous arrival! Xolos arrived on the left flank with a dangerous cross from Brayan Angulo that Fidel Martinez failed to make contact with.
10:07 PMa month ago

The match between Xolos de Tijuana vs. Puebla at Estadio Caliente kicks off. Both clubs are desperate for points and a win in the competition.
9:59 PMa month ago

In a few minutes we will start the broadcast of the match: Xolos vs Puebla corresponding to Day 5 of the Grita México Apertura 2021 tournament.
9:57 PMa month ago

These are the eleven men that Robert Dante Siboldi will send out to face Puebla.

Tonight against Tijuana, the Mexican player and All-Star will play his 150th game in Liga MX. Curiously, he made his debut with Xolos and today he will face them. Special match!

Today is a good day to get out of the background!

Tijuana has a 13-goal home record against Puebla, so today could be the time to take advantage of the stats and get out of the bottom of the general table.
9:39 PMa month ago

After four championship matchdays played, Puebla continues to be the only team in the championship that has not managed to score after a player's assist.
9:35 PMa month ago

This is what the Estadio Caliente looked like before kickoff, simply spectacular! 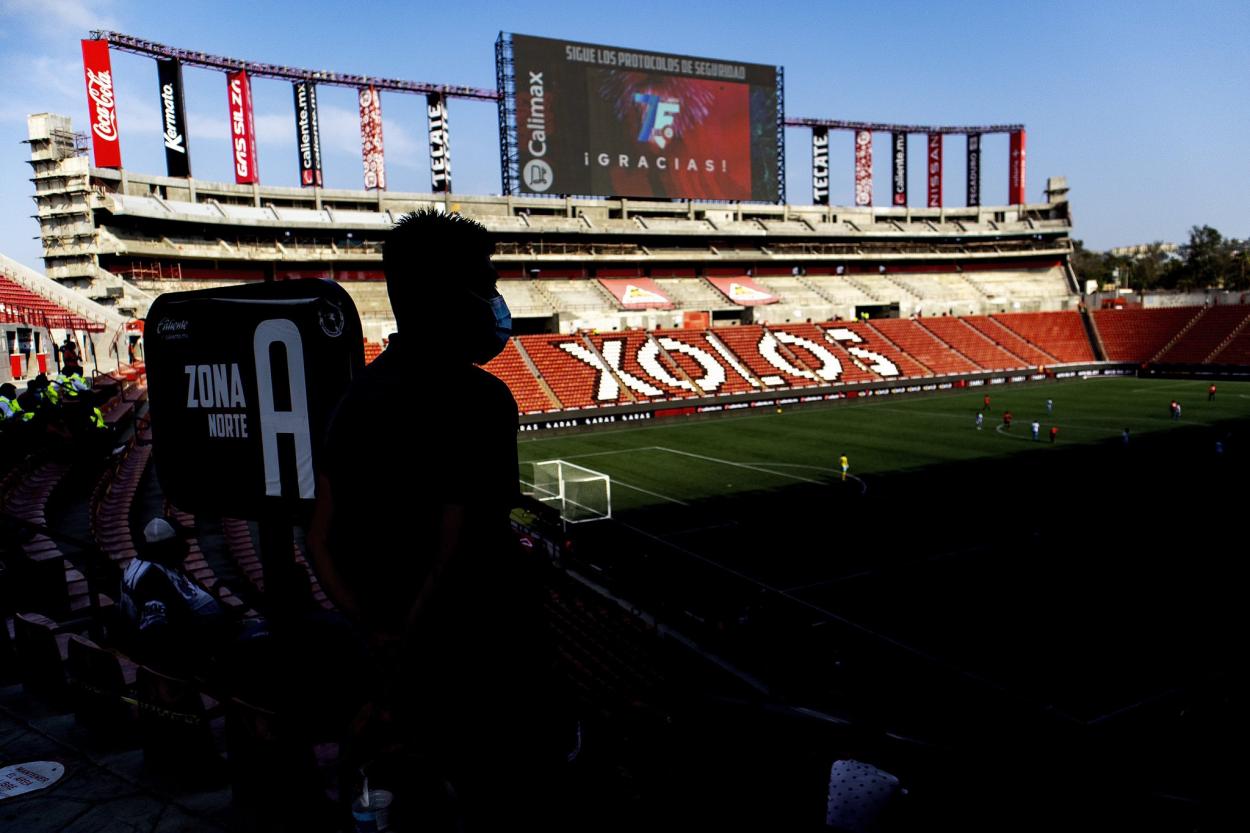 The poblano team is already at the stadium to play their match against the local team, the last time they visited the Estadio Caliente they did not do very well in the Guard1anes 2020, will the story change?

They start arriving at the mythical Estadio Caliente!

The pack is slowly beginning to arrive at the Mictlan to support their 11 men who will defend their home and their people with tooth and claw.

In the last nine meetings, the Xolos de Tijuana have only one loss against Puebla, (6 wins for the border team, 2 ties and 1 Puebla victory) and the team from the border has five matches without scoring against the Xolos.
9:15 PMa month ago

These are the eleven men that Nicolás Larcamón will send to the field to try to get the first three points of the tournament away.

In this way, Xolos invites all its fans to behave correctly and follow the rules in order to enjoy the game. 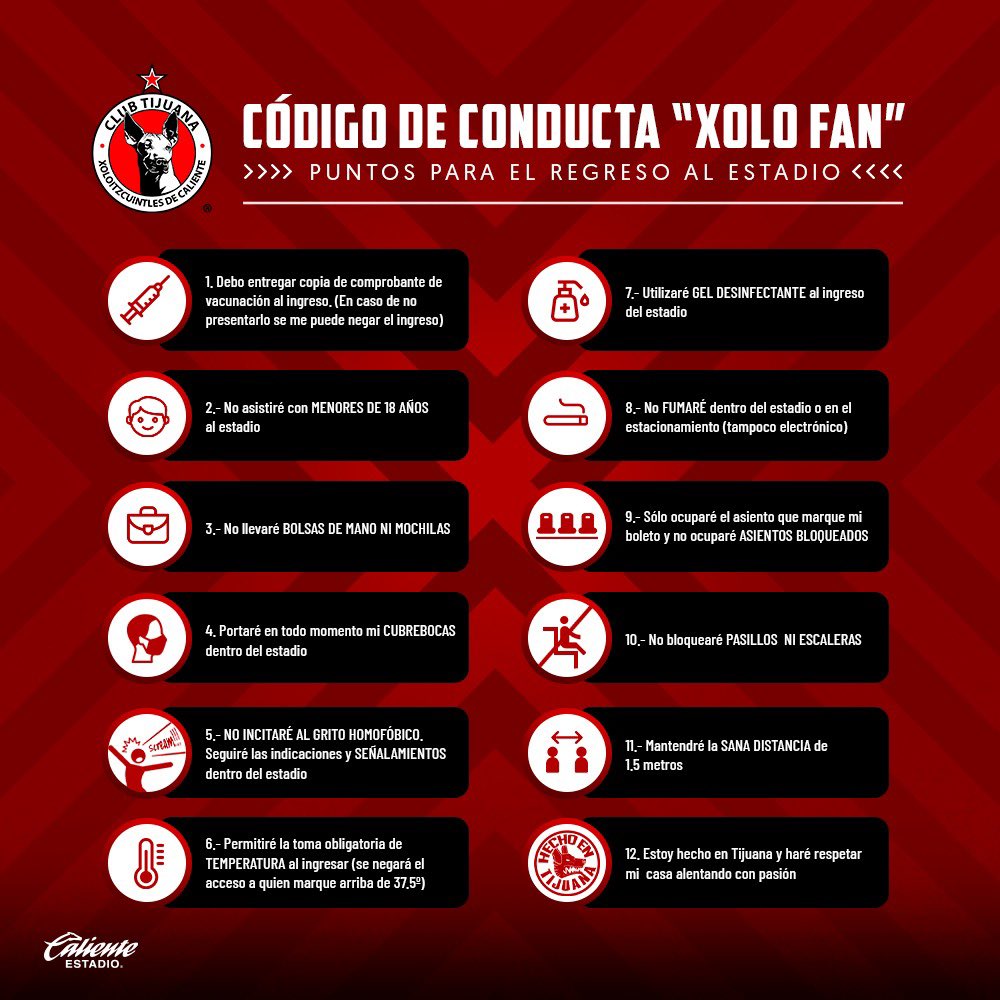 They had a blast!

Puebla wastes no time in having fun and continuing to improve their soccer and what better way to do it than in this way.

A day to break it in the Mictlán!

Xolos has not been able to score three points so far in the championship, however, today could be a very good day to start, as they receive a team that is in a bad moment and still hasn't scored three points.

Last one of the day!

The wait is over, the Xolos receive the Puebla strip in the closing of Tuesday's Liga MX Day 5. Both teams are desperate for a win to climb up the overall standings.
11:31 PMa month ago

Do not miss a detail of the match with the live updates and commentaries of VAVEL. Follow along with us all the details, commentaries, analysis and lineups for this Tijuana vs Puebla match.
11:26 PMa month ago

What time is Tijuana vs Puebla match for Liga MX?

This is the start time of the game Tijuana vs Puebla of 17th August in several countries:

The Uruguayan born in Montevideo, Christian Tabó, is one of the most important players that the Puebla strip has had since the opening 2018, also, he is one of the most multifaceted players with which Nicolás Larcamón counts since he can play as a winger on both wings and in extreme cases, play as a center forward. Since his arrival at Puebla he has played 3,238 minutes in which he has dazzled 48 times in the starting lineup, scored on 8 occasions and participated in 5 assists, so for this match he could be the factor that puts the balance in Puebla's favor. 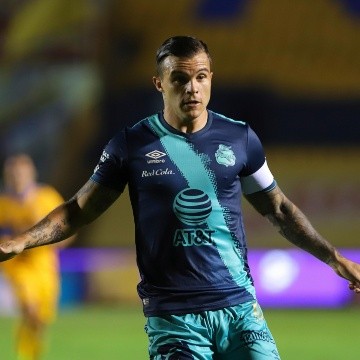 The 31-year-old left back, Brayan Angulo, is one of the most experienced players in the Xolos' squad with more than 10 years of career, and his experience in elite leagues around the world such as Liga Santander or Liga NOS makes him have a vast knowledge to be an impenetrable wall on the outside of the field. Since his arrival to the border team after his time with Puebla, the Colombian has played 1,800 minutes in which he has appeared 21 times in the starting lineup, has scored 1 goal and collaborated in 2 assists, so for this match he could be the decisive point to tip the scales in favor of the Xolos and they can get their first victory of the championship. 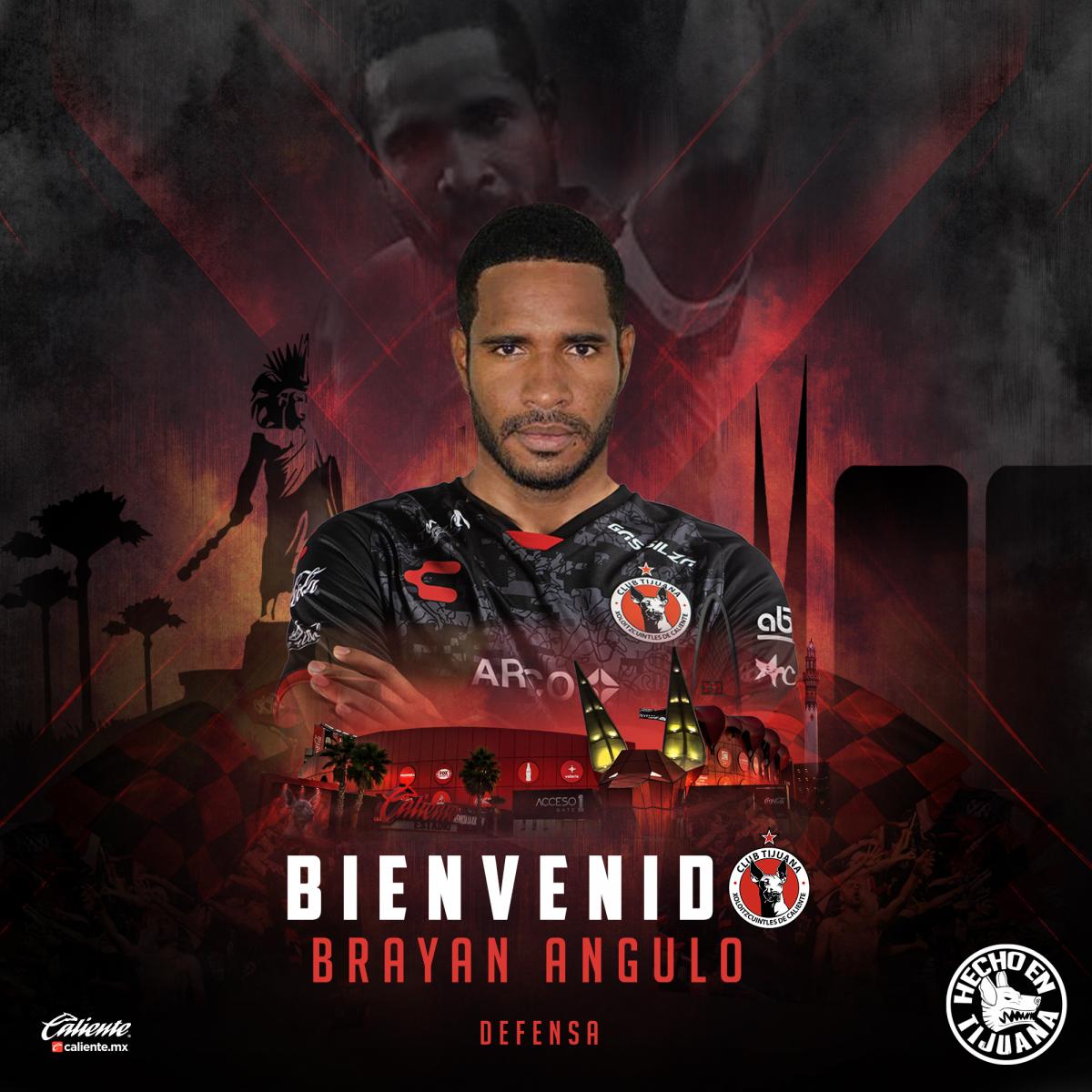 La Franja and Los Xolos have faced each other a total of 22 times (10 wins for Los Xolos, 6 draws and 6 wins for Puebla) and most of the matches have gone in the border team's favor. Likewise, in the last five duels, it is the Tijuana squad that has four wins over Puebla's one, with the most recent victory coming on Day 3 of the Guard1anes 2021 tournament by a score of 1-0. 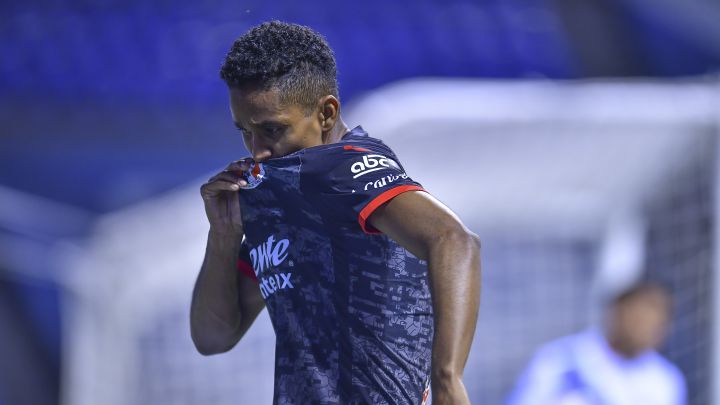 For this match, Fernando Hernández Gómez will be in charge of monitoring the actions from the center of the field, while assistants 1 and 2 will be Karen Janett Díaz and Enrique Martínez Sandoval, and the fourth referee will be Guillermo Larios. The VAR will be manned by Marco Antonio Ortiz Nava and Jonathan Hernández Juárez.
10:51 PMa month ago

They have scored, but not three points

The team from La Franja has still not been able to score three points in this season's competition; Lacarmón's men managed a last minute draw against Rayados on Day 1 and let a victory slip away last time they faced Tigres at the Cuauhtémoc stadium, results that keep them in 16th place in the general table. The Puebla squad lost its best players in the recent transfer market and is still searching for an optimal level to compete with the other teams in the league; however, a victory could boost the team's confidence and move them up several places in the league.

The squad coached by Robert Dante Siboldi has not performed as well as expected; the border team has three defeats in a row and a draw last matchday against Juárez to remain momentarily in 18th place in the general table. Last tournament, the Xolos squad did not have the expected results either, so in this Grita México 2021 it will be fundamental to start getting back on the right track and try to move up places in the general table so that the border fans can start dreaming of a place in the big soccer party.

A new matchday will kick off for the Xoloitzcuintles of Tijuana and the Puebla strip on Tuesday night at the Estadio Caliente. Both teams are in very similar situations as they are at the bottom of the table in 18th (Xolos) and 16th (Puebla) with only one point separating them. Likewise, both Tijuana and Puebla tied in their previous match by the same score of 1-1, either way, both teams are in need of a win and this could be the opportunity to start climbing up the overall standings.
10:36 PMa month ago

The Tijuana vs Puebla match will be played at The Caliente Stadium, in Tijuana, Mexico. The kick-off is scheduled at 22:06 pm ET.
10:31 PMa month ago

Welcome to VAVEL.com’s LIVE coverage of the 2021 Liga MX: Tijuana vs Puebla!