It's over!!! The match ends, San Luis failed to score the goal guarded by Jurado.
12:06 AMa month ago

Goalkeeper! Vombergar crosses and Berterame shoots inside the box, but the goalkeeper ends up with a hand to keep out the ball that was going to goal.
12:01 AMa month ago

San Luis continues to generate dangerous plays, but when it comes to finishing they fail
11:59 PMa month ago

Good shot by Otero, but Barovero keeps the ball without problems.
11:48 PMa month ago

Berterame looked to create play inside Jurado's area, but Aguilar arrived and smashed the ball home.
11:44 PMa month ago

Missing one more! Vombergar misses a shot inside the sky-blue area, one more missed for the home team.
11:41 PMa month ago

Close! After a pass from Berterame, Muñoz shoots and the ball goes over the goal.
11:35 PMa month ago

San Luis changes. Facundo Waller and Adam Bareiro are out and Zahid Muñóz and Vombergar are in.
11:33 PMa month ago

Waller's cross was headed in by Berterame, but Jurado was on hand to prevent the Potosi goal.
11:30 PMa month ago

Goalkeeper! Great shot from Rodriguez, but Barovero dives to keep out the first goal.
11:27 PMa month ago

The meeting resumes, the fourth official replaces the flag bearer.
11:23 PMa month ago

Stopping the actions! One of the assistant referees leaves the match injured.
11:10 PMa month ago

Actions resume for the complement in San Luis Potosí
11:10 PMa month ago

The first half ends at the Alfonso Lastras stadium with the score at zero for both teams.
10:51 PMa month ago

Berterame's cross, but no one gets a shot and San Luis misses one more.
10:48 PMa month ago

San Luis looks more solid and is starting to have more chances to reach Jurado's goal
10:39 PMa month ago

Manny' García's shot, but Jurado ends up clearing the ball and prevents his goal from falling.
10:37 PMa month ago

Ricardo Chavez heads to the far post, but the ball does not have a good direction and does not enter the goal.
10:32 PMa month ago

San Luis change due to injury. Jair Díaz comes off and Coelho takes his place.
10:30 PMa month ago

San Luis comes close! Berterame crosses to Bareiro, but the latter misses the ball and misses a clear chance for the home team.
10:15 PMa month ago

An excellent sweep by Bilbao, who takes the ball away from Montoya, preventing the striker from shooting at Barovero's goal.
10:14 PMa month ago

Cruz Azul gets into trouble and Jurado ends up taking the ball out of play
10:06 PMa month ago

Actions get underway at Alfonso Lastras
9:55 PMa month ago

Both teams are already warming up before the start of the match. Both Cruz Azul and San Luis are already on the field preparing for the match.
9:48 PMa month ago

Of all the duels played between these two teams, there have been 6 draws, while Cruz Azul dominates the series with 12 wins against 8 for the locals.
9:37 PMa month ago

The celestial reinforcement, Romulo Otero is among the substitutes for tonight's duel. The Venezuelan arrived after the start of the competition, for this duel he already has his registration and will be looking to make his debut.
9:32 PMa month ago

Both teams are already at the Potosí stadium, ready to play tonight's match. Both the San Luis and the Celestes will be looking for a victory tonight and to make it three wins out of three.
9:27 PMa month ago

This is what the Alfonso Lastras stadium looks like prior to the start of the sixth meeting between the two teams in the Apertura 2021.

With Juan Reynoso at the helm, these were the 20 players who made the trip to Potosí in search of their next victory.

The call for applications is ready!

In a few moments we will share with you the starting lineups for Atletico San Luis vs Cruz Azul live, as well as the latest information from the Alfonso Lastras Stadium. Keep an eye on the action with VAVEL's minute-by-minute live online coverage.
9:07 PMa month ago

How to watch Atletico San Luis vs Cruz Azul Live Stream on TV and Online?

If you want to watch the game Atletico San Luis vs Cruz Azul live on TV, your options is: ESPN.

Juan Sanabria and Efraín Orona spoke prior to today's match; Sanabria stated: "We are aware that we are going to play against the champion and that we have to improve offensively and that we are playing at home, it has to be an advantage for us".

"We know that Cruz Azul is on the rise, we had to lose but we have been doing well and we know that this is one of the most important games of the season, after the loss it is a good moment to pick ourselves up".

"We have to play every game as if it were the last, all the teams are having a hard time winning and I hope we continue like this because we are on the right track, we have many things to improve and mentally, Marcelo is giving us a lot of confidence in that and we are working on it. It will be very useful for us to know what we are for and the aspects we have to improve, we know it is a vital match and we will go out with everything we have".

For his part, Efraín Orona mentioned the following: "Cruz Azul is a strong and difficult team, we have to be strong and do our thing, not think about the last match and focus on what we have been doing".

"We know we had a midweek stoppage and we have to take the match with intensity and we hope to have a good result. We know what we want, we are going to go out to play and give the best we know how, follow the indications of the coaching staff."

"At no time is there any nerves, we go out to play our best and give our best, soccer is like that, sometimes it rewards you and sometimes it doesn't."

Although Cruz Azul is in sixth place with 8 points, which correspond to two wins, two draws and one loss, the light blue team has not yet been able to reach the same level as in the previous tournament. Although they started with some losses, in the match against Monterrey they did not give their best, a situation that they will have to improve in order to continue winning three points. 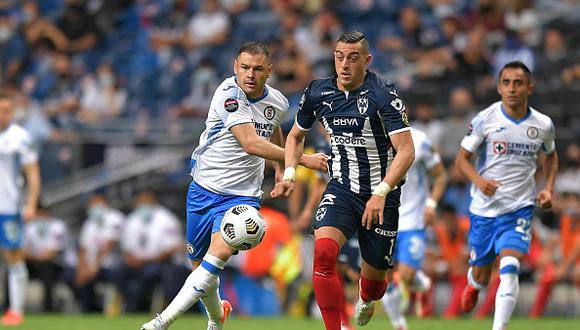 Atletico San Luis comes into this game after a loss against Necaxa in the fourth matchday; the fifth match against Tuzos del Pachuca was scheduled for November. The Potosinos are in tenth place with two wins, one draw and one loss, bringing their total to seven points. It is important to mention that Vladimir Moragrega is out for San Luis due to a fracture. 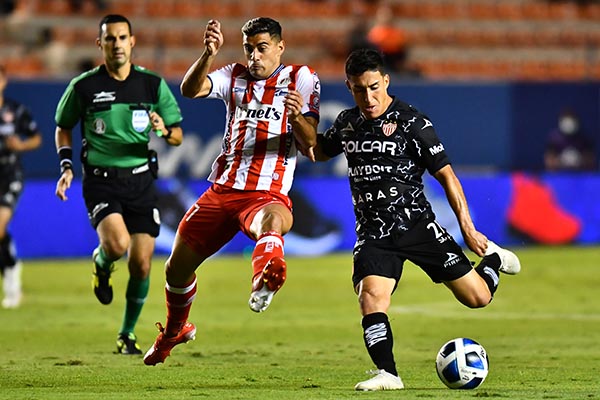 The match will be played at Alfonso Lastras

Atletico San Luis vs Cruz Azul will be played at the Alfonso Lastras stadium in San Luis Potosi, located in Mexico with a capacity of 25,709 people. There will be fans of both teams at the stadium, however, it will not be 100%.