GOAL. Flores' header scores a hat-trick for America with a strong header.
9:46 PMa month ago

Goal! Mayra Pelayo-bernal scores the third and definitive goal for América. Everything indicates that América will keep the three points and the undefeated record.
9:36 PMa month ago

Flores' shot goes over the top of the potosino goal.
9:34 PMa month ago

Goal! Cas Cuevas capitalizes from the half moon with a right-footed shot with great technique.
9:16 PMa month ago

Parra tries a shot from half distance, getting the shot between two opponents. Masciarelli has no problems with the ball.
9:08 PMa month ago

Gooool. Daniela Espinosa who finishes inside the area.
9:05 PMa month ago

The first half ends. América and San Luis draw to nil-nil
8:48 PMa month ago

Kasis arrives in the American's area and the home team is saved from the first goal. Kasis and Masciarelli collide heavily.
8:35 PMa month ago

Ribeiro again! The 20 shirt hits the crossbar after winning the mark between two Potosi defenders.
8:24 PMa month ago

Great play! Alvarado makes a great save from Ribeiro who misses the goal.
8:18 PMa month ago

Casandra Cuevas' shot goes over the crossbar.
8:12 PMa month ago

A shot for America and Jocelyn Orejel can't connect. She misses the first danger for the home team
8:08 PMa month ago

Foul by Ana Karen López on Ribeiro. Ball for America
8:03 PMa month ago

Since the beginning of the season, América has had a certain capacity that does not exceed 30%, season ticket holders and fans who can register online in advance are allowed to enter the stadium.
7:46 PMa month ago

As is customary, the Azulcremas took a group photo before kickoff on the Azteca Stadium turf.

A few hours ago, the colchoneras began their activation exercises at the hotel, before traveling to the Coloso de Sabta Ursula.

This is what the home team's dressing room looks like. As is customary for home games, América will wear its yellow jersey with blue and red details in a kit made from completely recycled materials.

In a few minutes, the Liga MX Femenil Round 6 match between San Luis and América will begin. The Azulcremas want to remain undefeated and want to turn Atlético de San Luis into their next victims.
7:09 PMa month ago

Do not miss a detail of the match America Femenil vs San Luis Femenil live updates and commentaries of VAVEL.
7:04 PMa month ago

How to watch America Femenil vs San Luis Live Stream on TV and Online?

If you want to watch the game America Femenil vs San Luis Femenil live on TV, your options is: TUDN.

Ana Karen Lopez has played for several Mexican soccer teams, UNAM, America and Toluca have been some of her clubs. During this season she has scored two goals, which is remarkable for her position as a defender. 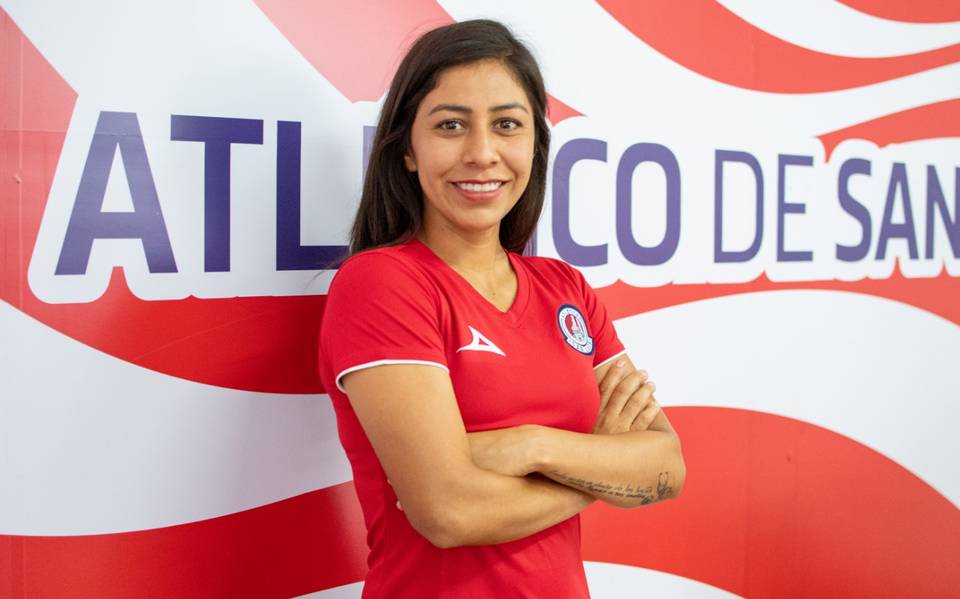 The luxury reinforcement has responded well by scoring goals for the Cremas, and with her experience in foreign football she has become a dangerous player for America. 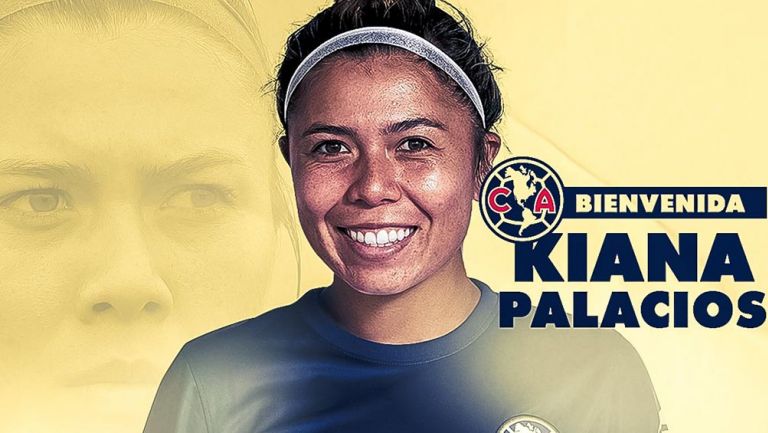 The match between América Femenil and San Luis Femenil will take place at the Estadio Azteca, where the official matches of the women's category are already played.

The Azteca Stadium is a soccer stadium located in Mexico City at 2240 meters above sea level, with capacity for 87,000 spectators, making it the largest in Mexico,5 the second largest in the Americas and the seventh largest in the world.2 It was designed by architects Pedro Ramírez Vázquez and Rafael Mijares Alcérreca, and its construction began in 1962 as part of the project to host the 1970 World Cup. It was inaugurated on May 29, 1966 with a friendly match between América and Torino, which ended in a 2-2 draw. The first goal was scored by America's player Arlindo dos Santos.

It is the only stadium that has hosted two FIFA World Cup finals (considering that in Brazil 1950, according to regulations, a final was not played as such)67 in the Mexico 1970 and Mexico 1986 championships. The first final saw the consecration of Pelé as the "king" of soccer, and the second saw the consolidation of Diego Armando Maradona as a historic figure in world football.

It is also the stadium that has hosted the largest number of World Cup matches, with nineteen.8 In addition to the two title matches, it was the venue for the so-called Match of the Century between Italy and Germany in one of the semifinals of the 1970 Mexico World Cup, where the Italians won in an emotional game by 4 goals to 3.

For their part, the Potosinas are in the distant catotce position with only four points. Of the five matches they have played, they have won only one, drawn one and lost three. They have scored four goals and conceded thirteen, leaving them with a goal difference of minus nine.
6:34 PMa month ago

America is in fourth place, behind Tigres, Guadalajara and Monterrey. The Azulcremas have 12 games in hand with a six-goal difference, scoring eleven goals and conceding five. The Coapa side have four wins and one loss in their five games played.
6:29 PMa month ago