Goal Cruz Azul Cabecita Rodríguez defines on the left, the goalkeeper touches the ball but cannot prevent it from entering
11:48 PM5 months ago

Penalty in favor of Cruz Azul, foul from Mayo about Jonathan Rodriguez
11:42 PM5 months ago

Shot by Santiago Giménez that is blocked by Venados' goalkeeper.
11:40 PM5 months ago

The Cruz Azul players called for a foul outside the area, the referee said there was no foul.
11:39 PM5 months ago

Center below Rodríguez the ball is rejected, corner for Cruz Azul
11:36 PM5 months ago

Goal Cruz Azul defensive error on the left, the ball rebounds to Jonathan who passes to Huescas and defines an empty goal
11:32 PM5 months ago

Martinez's center on the left, the rejection is defensive throw-in for Cruz Azul
11:29 PM5 months ago

The forward of Cruz Azul dont hit the ball in the hand-to-hand big mistake of Santiago Giménez.
11:27 PM5 months ago

Dangerous free kick for Venados outside the area
11:26 PM5 months ago

Free kick in favor of Cruz Azul, could be the tying goal.
11:18 PM5 months ago

Clear chance by Venados in hand-to-hand sends it over the goal
11:16 PM5 months ago

Offside of Zerezero
11:12 PM5 months ago

Foul on Pablo Aguilar, on the left side, free kick in favor of Cruz Azul.
11:04 PM5 months ago

The second half starts at the Carlos Iturralde Rivero stadium
10:50 PM5 months ago

Midfield foul on Zerecero free kick in favor of Venados
10:41 PM5 months ago

Center by the right side of Mora, the header goes a little off-track, goal kick for Cruz Azul
10:33 PM5 months ago

Angulo was trying to shoot outside the area but a defender steals the ball from him.
10:26 PM5 months ago

Venados makes short passes between them looking for space to attack Cruz Azul
10:16 PM5 months ago

Goal Venados, great shot from Amador hitting the post on the right outside the area, great goal from the young man.
10:14 PM5 months ago

Very slow game, without a clear possession of a team.
10:10 PM5 months ago

The XI starters from the home team.

Cruz Azul has this XI starters.

The stadium is named after Carlos Iturralde Rivero in honor of the only Yucatecan soccer player who has played for the Mexican national team. It was inaugurated in 1987, it has an approximate capacity for 18,000 spectators and boxes for local executives and visitors, as well as for press spaces.

The first goal in the history of the stadium was scored by the Yucatecan Alonso Diego Molina.

Warm up away team

Here the most attractive games of Cruz Azul.

After tonight's game, Cruz Azul will travel to Pachuca, Hidalgo, where he will face the Tuzos in his second preseason game.
9:26 PM5 months ago

In recent days there has been a strong news that Roberto Alvarado will go to Guadalajara while they will arrive at the Noria Mayorga and Antuna. Definitely who does not win in the exchange of players is Cruz Azul.
9:18 PM5 months ago

Out of Cruz Azul

Cruz Azul is being assembled for the new campaign in 2022, so it signed the Uruguayan Christian Tabó from Puebla
9:06 PM5 months ago

In a few moments we will share with you the lineups for Venados vs Cruz Azul live in a preseason friendly match, as well as the latest information from the Carlos Iturralde Rivero Stadium. Don't miss any details of the match with VAVEL's up-to-the-minute live online coverage.
7:00 PM5 months ago

Where and how to watch Venados de Mérida vs Cruz Azul online and live in preseason friendly match.

The match will not be broadcast.

If you want to watch the match online, VAVEL is your best option.

He arrived yesterday at Cruz Azul's hotel and became the first reinforcement of the team for the Clausura 2022 tournament, he comes from Puebla being the 10th player and the figurehead for the team coached by Larcamon, much is expected of this player and in this preseason game he seeks to demonstrate why he arrived at Cruz Azul to earn the starting position. 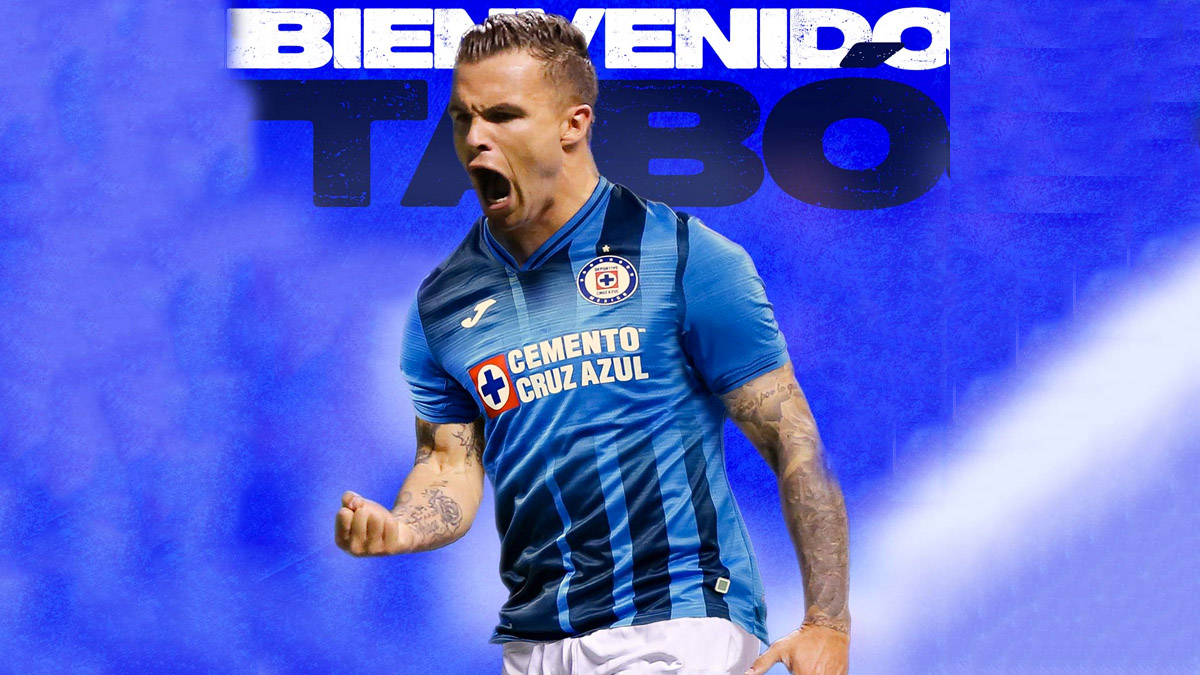 An old acquaintance in first division, with 33 years old he is the player with more experience in the Venados team, in the tournament he had 15 games as a starter and scored 4 goals, in first division, he was in teams like Puebla, Necaxa, Santos Laguna, Veracruz, and with the team that shined the most were the Pumas of the UNAM. 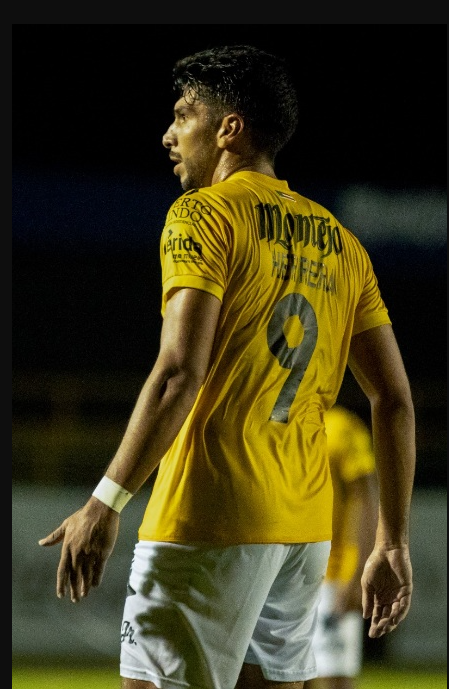 This is the last lineup that Professor Juan Máximo Reynoso sent to the field: 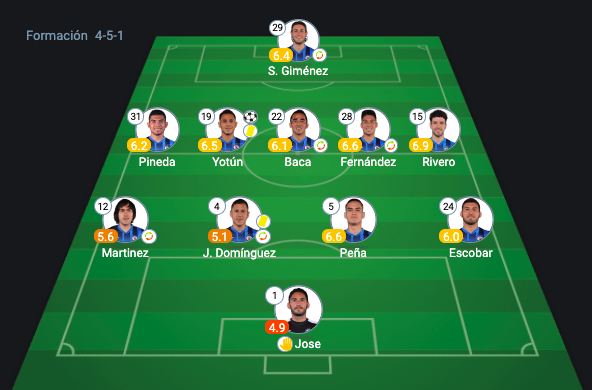 This is the latest lineup of Venados de Mérida: 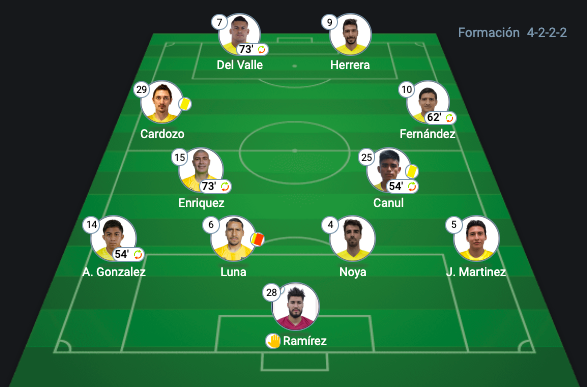 The team coached by Juan Reynoso will have its first preseason game against Venados, this game will be of great importance to see young players such as Rodrigo Huescas, who had already made his debut in the first team, as well as the first reinforcement of the team, Christian Tabó, who comes from Puebla and is an old acquaintance of Professor Juan Reynoso.
6:30 PM5 months ago

Venados will host Cruz Azul in a friendly match that they should take advantage of to gain experience with first division teams, remembering that in the last tournament they finished in 9th place and were eliminated in the quarterfinals against the current finalists, Potros de Hierro del Atlante.
6:25 PM5 months ago

Good evening to all VAVEL friends!

Welcome to the live broadcast of Venados vs Cruz Azul, a preseason friendly match. The match will take place at Carlos Iturralde Rivero Stadium at 20:00 CDMX.