The Los Angeles Dodgers have evened up the 2017 World Series at two games apiece with a 6-2 victory over the Houston Astros.

Los Angeles scored five runs in the top of the ninth inning to break a 1-1 tie, highlighted by Cody Bellinger's go-ahead RBI double. The Dodgers first baseman broke out of his series-long slump with a two-hit night.

Starters dominate for both sides

The stars of the game were the two starters: Alex Wood of Los Angeles and Charlie Morton of Houston. Wood held the Astros hitless through the first five innings, the longest any Los Angeles starter has ever gone without allowing a hit in a playoff game. 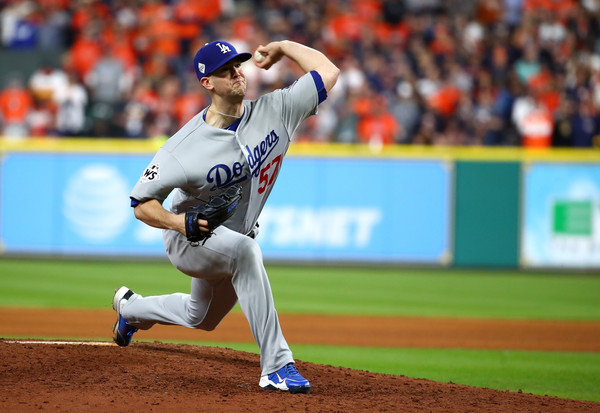 Morton was equally impressive, pitching into the seventh, giving up just one run on three hits while striking out seven. Catcher Brian McCann was impressed with his starter's stuff: "he had everything going tonight. The sharpness was as good as i've seen. He had it all working". 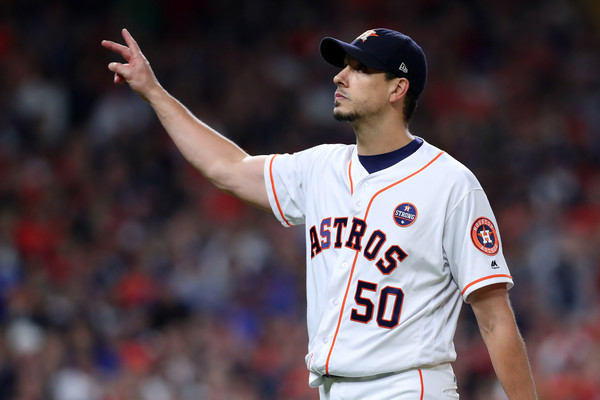 Bregman comes up big in the field, Springer at the plate

After Morton hit catcher Austin Barnes to lead off the top of the sixth, he advanced to third on a single, but Alex Bregman threw Barnes out at home to keep the game scoreless.

In the bottom of the inning, Wood's no-hitter was broken up when George Springer blasted a two-out solo home run to put the Astros in front.

After Morton gave up a leadoff double to Bellinger, Houston manager A.J. Hinch called on his bullpen. Will Harris came on to retire Yasiel Puig on a deep fly to right field, but Logan Forsythe followed by lining a 2-0 fastball for a single that easily scored Bellinger to tie the game.

The game remained tied into the ninth when beleaguered closer Ken Giles entered the game. Cory Seager singled and Justin Turner walked. Bellinger followed by driving a 1-0 fastball into the left-center gap for a double that scored Seager to give the Dodgers a 2-1 lead and sent Turner to third. 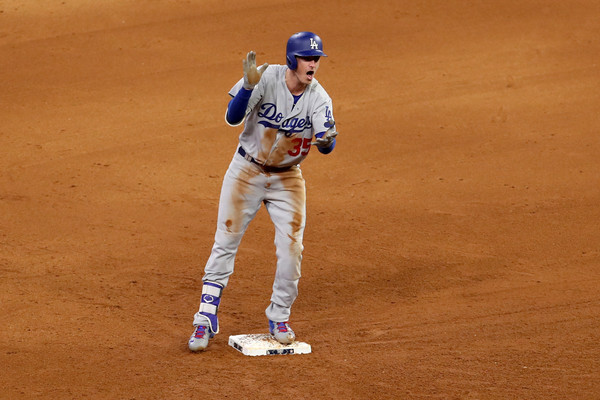 “I was always told these really good hitters hit the ball the other way in B.P., and I had never done it and I wanted to try it,”  he said of the adjustment he made.

He also looked at the at-bats of Yankees right fielder Aaron Judge for guidance: “I watched and we were identical, striking out a lot, swinging at a lot of off-speed pitches that we don’t normally swing at. I think that’s the pressure of the postseason sometimes.”

The Dodgers scored four more runs off of the combination of Giles and Joe Musgrove. Barnes hit a sacrifice fly before Joc Pederson made it 6-1 with a three-run shot to make it 6-1. Bregman homered in the bottom of the ninth to close out the scoring. 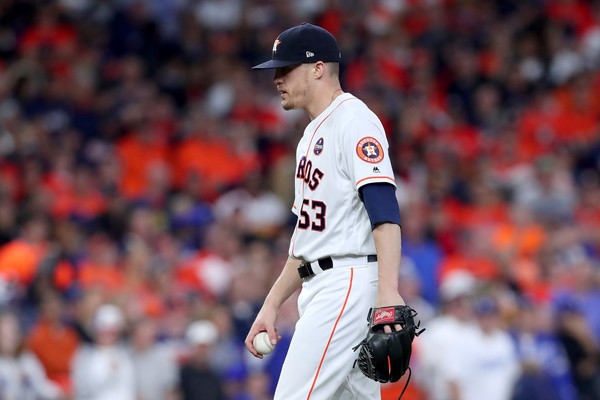 The pitching matchup is a repeat of Game 1. Clayton Kershaw will take the mound against Dallas Keuchel.

Kershaw was brilliant, pitching seven innings while striking out 13. Keuchel matched the Dodgers ace until he gave up a two-run homer to Turner.

Gurriel stretched the side of his eyes after hitting a home run off the Dodgers’ Japanese pitcher Yu Darvish in Game 3.

Dodgers manager Dave Roberts, whose mother is Japanese, was satisfied with the decision: “I think that it gives us all some closure in the sense that it was something that happened,” he said."The way that it was dealt with, I support.”