It is worth noting that neither World Series team produced a gold glove award winner.

Below, all of the winners for the American League and National League at each position, including which Gold Glove win this is for each player. 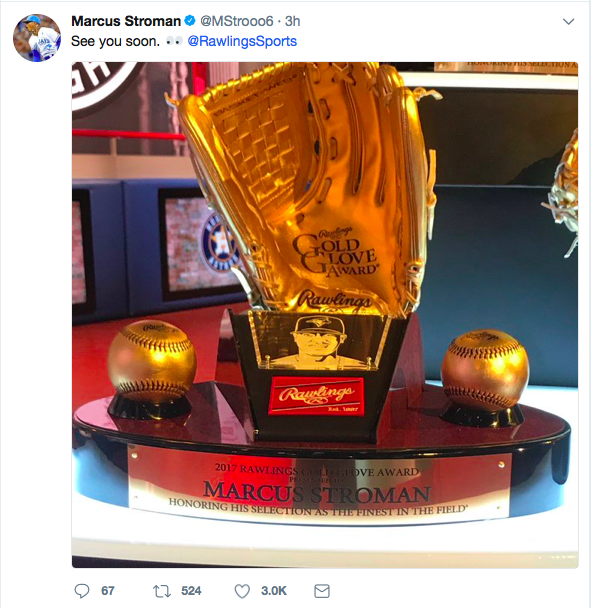 Arenado, the All-Star Colorado Rockies third baseman, joins Ichiro Suzuki as the only players to win at least five Gold Gloves to start their careers.

"Obviously, five, it's a pretty special number," Arenado said. "It means a lot. ... Right now I want to try to win as many as I can while I'm healthy."

Greinke has now won four straight Gold Gloves, his second as a member of the D-Backs.