Camilo Doval closes the game and San Francisco wins it in the top of the ninth with a final score of 7-0.
12:20 AMa month ago

Doval doesn't allow the man on base to thrive and gets his first three outs of the game
12:14 AMa month ago

Doval pops up to pitch the final innings for San Francisco. Taylor Motter gets first base for Rockies
12:00 AMa month ago

Jay Jackson comes on to pitch for SF and gets his first three strikeouts of the game.
11:51 PMa month ago

San Francisco fails to increase the score and the game remains 7-0
11:41 PMa month ago

Without allowing any runs to come in against him, Webb blanked the Rockies for the sixth time on the night.
11:33 PMa month ago

Yonathan Daza connects to left field but Brandon Crawford cuts the play short before the player reaches first base.
11:29 PMa month ago

With Ben Bowden on the mound, the Rockies allowed no more runs and sent SF down by one hit.
11:15 PMa month ago

Rockies go clean, with three outs yet to make it on the scoreboard
11:01 PMa month ago

Rain of runs, Giants get 6 runs with Grand Slam included.
10:51 PMa month ago

Crawford gets on base in his turn in this fourth down, Yastrzemski also mimics him and SF has men on first and second base.
10:44 PMa month ago

The second! Once again the Giants put together a double play and blanked the Rockies again for the fourth inning.
10:39 PMa month ago

La Stella makes contact with the ball but is burned before he gets to first base
10:28 PMa month ago

Webb strikes out Nunez and Marquez in a row, Joe also fails to get a hit and that's three outs for Colorado.
10:19 PMa month ago

First run for SF, Casali steps home after Dickerson's hit to right field, the 12th baseman settles in at second base.
10:15 PMa month ago

Curt Casali gets base on ball
10:10 PMa month ago

Great catch by Crawford on contact by Sam Hilliard, ends the top of the second. The score remains scoreless
10:01 PMa month ago

Marquez strikes out Bryant and Belt in a run and gets the third out. First inning ends
9:56 PMa month ago

LaMonte Wade strikes out in his first at-bat, LaStella connects well and gets second base.
9:51 PMa month ago

Webb gets the three strikeouts and now it will be the locals who will be up to bat.
9:50 PMa month ago

Web opens on the mound in front of Connor Joe
9:39 PMa month ago

Bud Black spoke after the loss to the Houston Astros. "There were some high fastballs that we couldn't connect on," Black lamented. "Good swings on foul balls. We just couldn't put them in play with any authority," he added.
9:34 PMa month ago

Oracle Park has a special scoreboard in right field that tallies all the balls that have ended up in the California Bay. On several occasions, fans have not hesitated to jump into the water to rescue the balls.
9:29 PMa month ago

Brandon Crawford has distinguished himself as one of San Francisco's top performers this season, yesterday was no exception and here's a sample of the 35th jersey's great play to put up the Giants' fifth run. 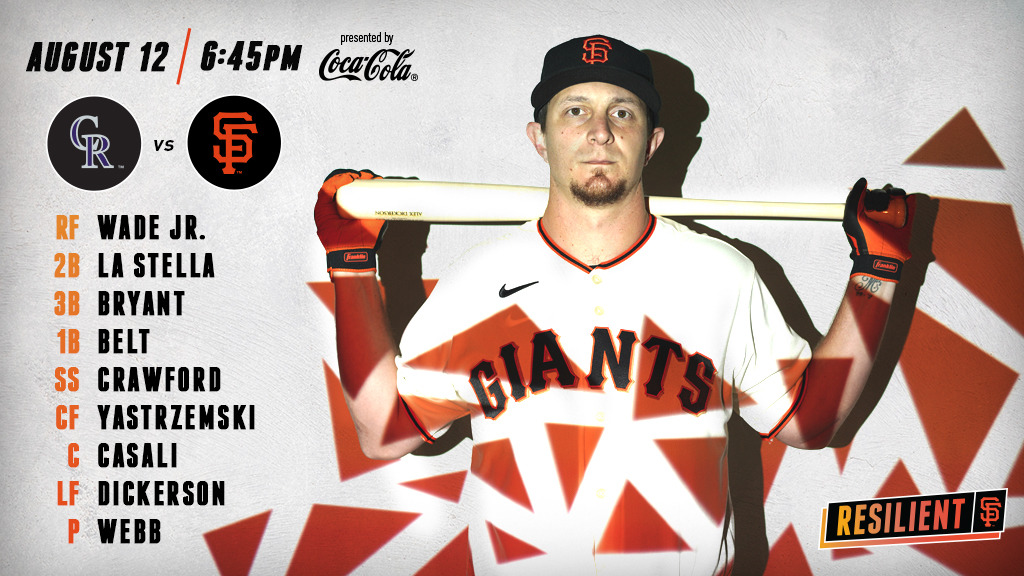 The Rockies fell in their game yesterday afternoon against the Houston Astros by 5 runs to one. Although the Rockies are underdogs for this series, they want to salvage a win from at least one matchup.
9:14 PMa month ago

The Giants are coming off a seven-run, two-run win over the Dbacks at Oracle Park, continuing to add to their home winning streak.
9:09 PMa month ago

We are almost ready to start

Less than an hour to go until the start of the duel at Oracle Park between Giants and Rockies, we will shortly bring you the starting pitching rosters
9:04 PMa month ago

Do not miss a detail of the match Giants vs Rockies live updates and commentaries of VAVEL.
8:59 PMa month ago

How to watch Giants vs Rockies Live Stream on TV and Online?

If you want to watch the game Giants vs Rockies live on TV, your options is: Fox Sports.

If you want to directly stream it: Streaming services and MLB TV app.

What time is Giants vs Rockies match for MLB?

This is the start time of the game Giants vs Rockies of 12th August 2021 in several countries:

San Francisco's 35th overall player is averaging good numbers on the season. He leads the team with a .290 slugging percentage, 18 home runs and 67 hits. 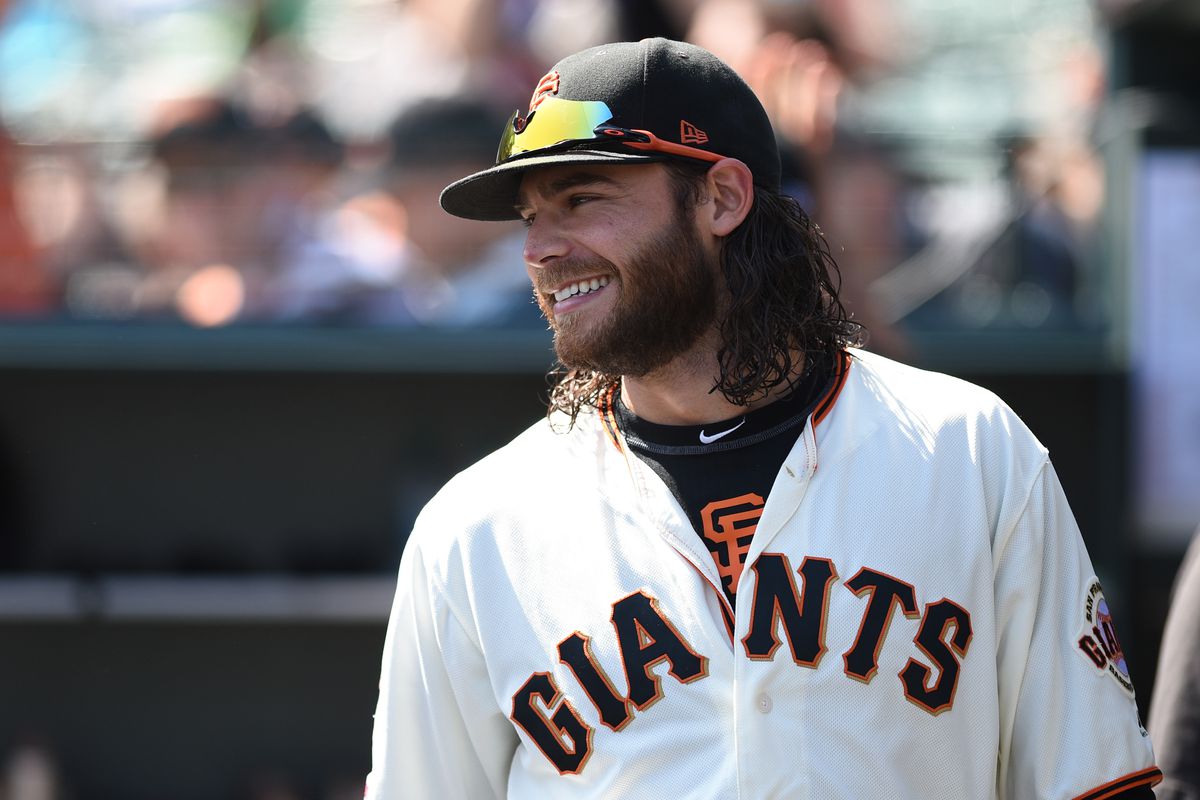 C.J. Cron is the Rockies' man to watch, the first baseman has hit 18 homers this season. 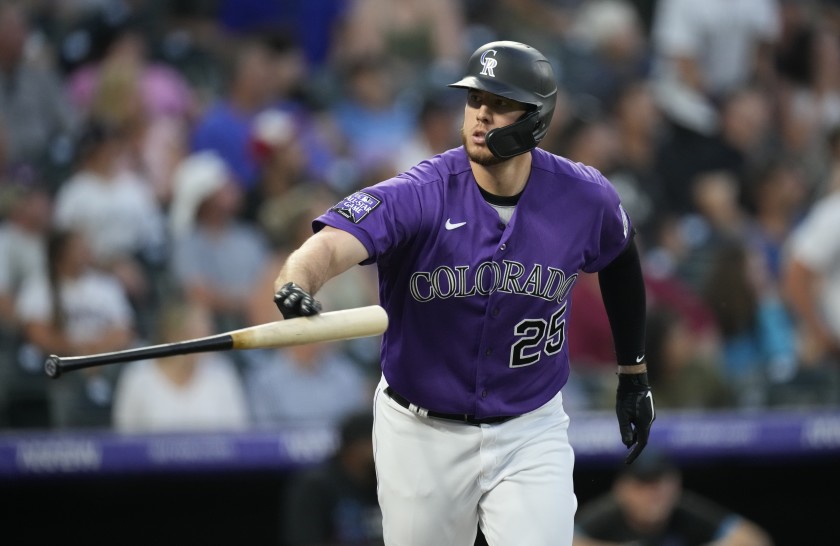 Bud Black will be without.

Also in doubt are

Gonzalez C. and Sheffield J. due to injury.

These are the players that manager Gabe Kapler will not be able to count on:

Add to those the possibility that the following players may also be unavailable:

On the other hand, the Rockies come in eleventh in the National League with a percentage of 0.451, of the 113 games played they have won 51 and lost 62. As visitors they have not had a good streak, they have only won two of their last six games
8:24 PMa month ago

The San Francisco Giants will come in as the National League leaders with a .637 fielding percentage. The home side faced Dbucks in the last two games, where they came away with the win. The Giants have lost just one game in their last seven home games against the Houston Astros overall, their last loss coming against the Milwaukee Brewers on August 6.
8:19 PMa month ago

Oracle Park is a baseball stadium located in the city of San Francisco, California, United States. It is the home of the San Francisco Giants of Major League Baseball.

It was formerly known as Pacific Bell Park (a name still used by some) and SBC Park. It was renamed AT&T Park in 2006, after the merger of SBC Communications with AT&T.

In this stadium Barry Bonds made history in 2001 when he hit his 73rd home run, setting the record for most home runs in a season, and on August 7, 2007 with his 756th lifetime home run to surpass Hank Aaron as the all-time leader in the Major Leagues. It was also the site of the 2007 All-Star Game.

It is located in the South Beach neighborhood. It is considered one of the most beautiful stadiums in the league and is famous for the Coca Cola bottle and giant mitt located behind the left field seats, as well as the part of the San Francisco Bay behind right field, known as McCovey Cove in honor of former baseball player Willie McCovey, where people gather to wait for hits that go into the water, especially during the time Barry Bonds played there. On the right field fence of the stadium there is a small counter of the home runs that have hit the water. 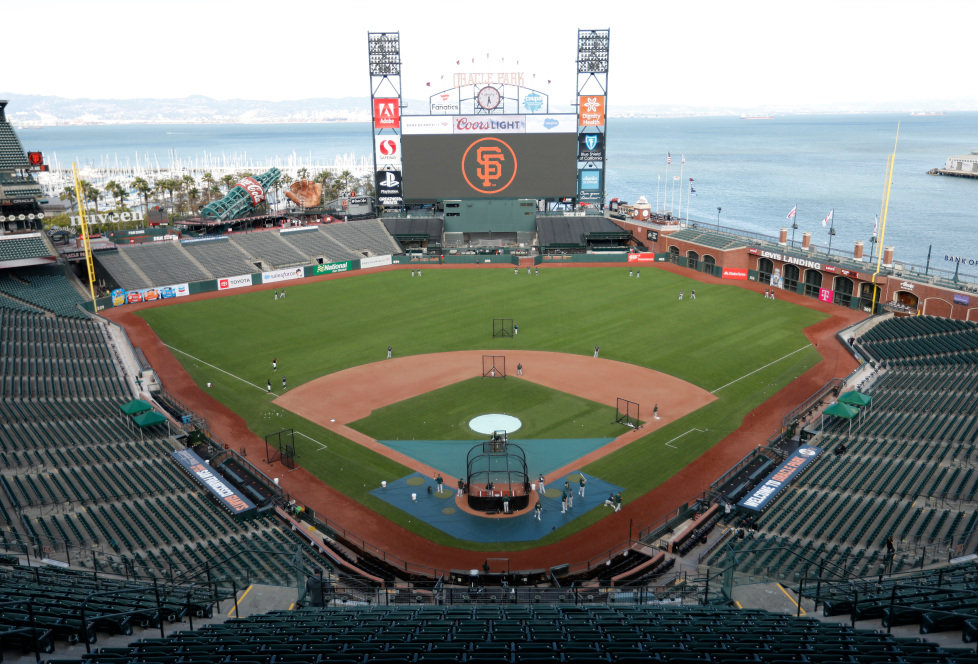 Welcome to VAVEL.com’s coverage of the 2021 MLB match: Giants vs Rockies Live Updates!