Three outs for the Mets who fail to send it to extra innings
10:17 PMa month ago

San Francisco gets no runs in the ninth and can only wait for Mets to tie the matchup
10:12 PMa month ago

Yastrzemski hits an unstoppable grounder to center field and moves to first.
10:05 PMa month ago

Falls on third out before Dodgers' rally
9:58 PMa month ago

Leone lets Conforto in on base on ball and Mets already have a full house
9:50 PMa month ago

Leone on San Francisco pitching. Second out for Smith on fly ball
9:46 PMa month ago

Crawford walks with out and misses full house for San Francisco
9:33 PMa month ago

La Stella gets base on ball and San Francisco has a full house with no outs at the moment.
9:26 PMa month ago

Seth Lugo replaces Carrasco on the mound, Yastrzemski and Casali position themselves on first and second
9:18 PMa month ago

Seven innings go and the teams remain 2-2. Everything will be defined in the last innings
9:04 PMa month ago

Crawford and Flores both singled with one out. Carrasco also did it with Dickerson and the top of the seventh went to zero.
8:55 PMa month ago

Jonathan Villar also gets a hit and is already on second, two outs for Mets. Jarlin Garcia relieved Wood on the mound for San Francisco.
8:49 PMa month ago

Unable to get Brandon Nimmo to second base, Mets have two outs on the board.
8:22 PMa month ago

Pete Alonso makes the catch in the air and sets up the triple out for San Francisco, the fifth inning in the top of the fifth also goes fast.
8:16 PMa month ago

Wood ends the fourth inning with a pitching job that does not allow the Mets to advance, the home team still does not respond to the two runs against the Mets.
8:07 PMa month ago

Crawford, Flores and Dickerson are unable to increase the Giants' lead and leave with 3 outs in this inning, the scoreboard remains 0-2.
8:02 PMa month ago

Baez connects in his at-bat but San Francisco puts together double play
7:59 PMa month ago

Wood throws Nimmo out on his attempt at third down but Lindor comes in to get a hit and get on the first pad.
7:54 PMa month ago

Carrasco puts the third out on Kris Bryan and ends the top of the third.
7:51 PMa month ago

End of the second reel and the slate remains unchanged.
7:40 PMa month ago

Wood awards Pillar base on ball and the Mets already have two bases loaded. Mazeika comes to the batter's box
7:33 PMa month ago

Nothing for San Francisco, Carrasco contains the batting well and avoids more hits against them, the second at-bat ends.
7:27 PMa month ago

Mets try to respond to the batting but unsuccessfully end the first inning with zeroes
7:17 PMa month ago

Home run! Kris Bryant sends it out of the diamond and produces the first two runs for San Francisco, One out for Giants.
7:12 PMa month ago

Carrasco opens on the mound for Mets and Wade Jr. gets on first base in this opener
7:07 PMa month ago

Giants warm up on the turf at City Field prior to Game 3 playball against the Mets.

Ready for action in NYC pic.twitter.com/7AbkZoM1El

The extension, which carries a base salary of $16 million for each season, runs through the 2023 season.

With their win, the Giants improved to 4-1 against the Mets in the last 10 days.

DeGrom was transferred to the 60-day injured list last weekend and is not eligible to return until Sept. 13. Scott said Tuesday that it was unlikely deGrom would be ready by that date, even if he resumed throwing this week.
6:47 PMa month ago

Regarding De Grom's return, the Mets' manager offered his thoughts: "We haven't mapped out a progression yet on how things are going to go, but at least being able to play ball today is great news for us[...] We'll see where we go from here," said manager Luis Rosas.
6:42 PMa month ago

DeGrom returned to the Citi FIeld

New York Mets ace Jacob deGrom played catch at Citi Field on Wednesday after an MRI showed improvement in the right forearm strain that has sidelined him since July 7, while Noah Syndergaard will begin a minor league rehab assignment with High-A Brooklyn on Thursday.

It was deGrom's first time playing catch since being advised not to pitch altogether four weeks ago.

We are here to update all the information that comes out of Citi Field between the Mets and Giants. San Francisco took last night's game by a score of 2-3 and has a 2-0 series lead.
6:22 PMa month ago

Do not miss a detail of the match Mets vs Giants live updates and commentaries of VAVEL.
6:17 PMa month ago

How to watch Mets vs Giants Live Stream on TV and Online?

If you want to watch the game Mets vs Giants live on TV, your options is: SKY.

If you want to directly stream it: Streaming services and MLB  app.

What time is New York Mets vs San Francisco Giants match for MLB ?

This is the start time of the game New York Mets vs San Francisco Giants of 25th August 2021 in several countries:

Mets shortstop Francisco Lindor has been activated from the injured list and was placed in the lineup Tuesday night after missing five weeks with a right oblique strain.
New York manager Luis Rojas confirmed Lindor's return before a game against the Major League-leading San Francisco Giants.

Lindor struggled early in the season after being acquired from Cleveland and signing a 10-year, $341 million contract.
He was hitting better before the injury,
batting .288 with three home runs and an .875 OPS in his last 20 games before going on the injured list on July 17.

The situation for the Mets does not look hopeful as they have won just two of their last 10 games and are currently out of contention for the NL postseason with a 61-63 record after leading the NL East Division for nearly three months. Given that, controversy has been swirling in and around the team, to which first-year owner Steve Cohen criticized New York's hitters on Twitter last week, and Lindor said Saturday that his hitting warranted criticism.

"We've been getting that message all year," Lindor said. "We really haven't hit all year. I haven't played. I haven't. Simply put, I haven't done what I'm here to do when it comes to the offensive side.

Lindor will pair with newcomer Javier Baez in the middle of the frame for the first time. Acquired from the Chicago Cubs at the trade deadline, Baez returned Sunday after missing 11 days with a back injury.

The San Francisco Giants, despite being underdogs in the National League, have been the surprise team. Very few fans bet on this team's qualification. This is due to the fact that they were in a division that includes the reigning World Series champions, the Dodgers, and the San Diego Padres, however, the Giants remain the leaders of the West Division and everything indicates that they will be the first to obtain their ticket to the playoffs.

According to a U.S. media report, the Giants have every chance of being the first MLB team to qualify for the postseason. Although it is not yet an official fact that they have secured their spot, all the numbers point to the fact that they have 100% assured their place in the 2021 playoffs.

Despite their good numbers the team does not have the odds in their favor, the San Francisco team is not among the favorites to win this year's World Series. According to statistics the Giants have a 4.2% chance of winning the championship.

The third game of the series between Mets and Giants will also be played at Citi Field, the first game the Giants put in the first blow of authority and in this third game they want to get up.

Citi Field is a stadium located in Queens, New York City. It was completed in 2009 and is home to the New York Mets, a Major League Baseball team. It seats 41,922 spectators and was built as a replacement for Shea Stadium. 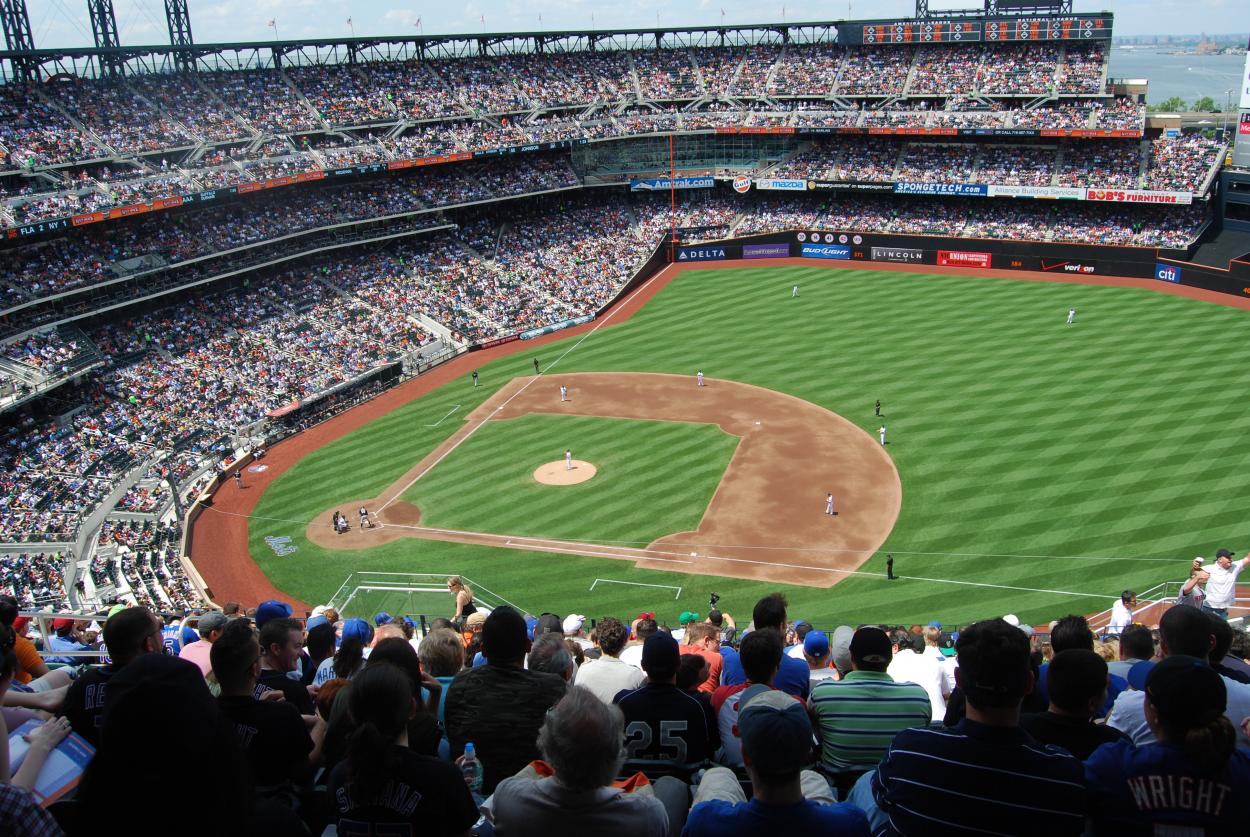