With the 2016 Olympic Games just around the corner, many athletes are trying to get to the top of their game and enter the Olympics with a ton of momentum. For some of these sports, opportunities to test their skills against the best in the world are limited, so they have to do their best when they have that opportunity.

This past week, the 2016 FINA Diving World Cup took place in Rio, and the best divers in the world showed off their skills in the same pool they will be diving into in August. Here are the highlights.

FINA suspended Mexico after the Mexico canceled the FINA World Championships in Guadalajara. Still, Mexican athletes were able to compete in the World Cup under the FINA Independent Athletes banner, and diver Rommel Pacheco took advantage, winning gold in the 3m Springboard. The 29 year old is a two time Olympian, and he picks up his first gold medal in a major competition since the 2003 Pan-Am Games. Yona Knight-Wisdom of Jamaica shocked the world by winning the silver medal. He will be the first diver from Jamaica to compete in the Olympic Games. Kristian Ipsen of the United States, who won a bronze medal in this event back at the 2012 Olympics, picked up the bronze. Shockingly, China didn’t win a single medal in the men’s 3m, the only event of the World Cup where they did not make the podium.

It was business as usual on the 10m, as three time reigning World Champion Qui Bo took home the gold medal. Teammate Chen Aisen, who is known more as a synchro specialist, won the silver, while reigning NCAA National Champion David Dinsmore won the bronze. Dinsmore will be making his Olympic debut later this year.

There was an upset in the 3m synchro as the German team of Stephan Feck and Patrick Hausding defeated the reigning Olympic Champions Cao Yuan and Qin Kin. Feck and Hausding are two time European silver medalists in that discipline. This is their first gold medal in major international competition in the 3m. Yuan and Kin, meanwhile, have won the gold medal in the 3m synchro the past five World Championships. They will be looking for revenge in Rio in August. Pacheco took home a second medal, this time a bronze, with team mate Jahir Ocampo.

There were no such upsets in the 10m synchro, as reigning World Champions Chen Aisen and Lin Yue of China took home the gold. Aisen heads into his first Olympic Games with a ton of confidence, while team mate Yue will be returning to the Olympics for the first time since winning gold in Beijing back in 2008. Hausding won his second medal of the night, this time in the 10m, which he has more experience in. He and team mate Sascha Klein won the silver medal in the 10m synchro at the 2008 Olympics, and were World Champions back in 2013. Tom Daley and Daniel Goodfellow of Great Britain punched their ticket to Rio with a bronze medal performance. 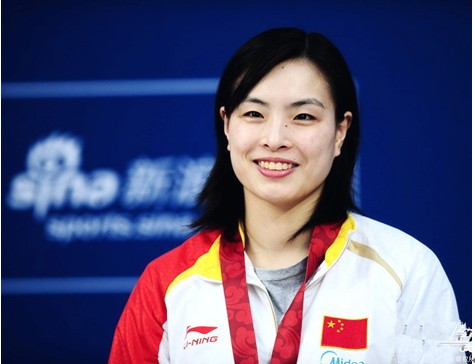 Chinese women continued to dominate the pool, sweeping the gold medal in every event. In the 3m, World Champion Shi Tingmao continues to dominate, while teammate He Zi booked a return trip to the Olympics after winning a silver medal in this discipline four years ago. The two are expected to win the gold and silver again in August. Jennifer Abel of Canada, a synchro specialist, took home the bronze.

In the 3m synchro, diving legend Wu Minxia added to her impressive collection of medals by winning the gold with Shi Tingmao. Minxia has won 10 gold medals in World and Olympic competition in the 3m synchro, and is looking to become the first diver to win a gold medal in four straight Olympic Games. Jennifer Abel and Pamela Ware of Canada won the silver and Samantha Mills and Esther Qin of Australia won the bronze, the exact same results as the World Championships.

In the 10m synchro, the team of Chen Ruolin and Liu Huixia continue to reign. The two time World Champions took home the gold at the World Cup. Ruolin has won anything less than a gold medal in this discipline in any major event since she began diving at the senior level in 2006. Both she and partner Huixia have won the FINA Diver Of The Year award, and they are heavy favorite to win another gold medal in August. Cheong Jun Hoong and Pamg Pandelela Rinong of Malaysia picked up a surprising silver medal and secure a place in the Olympics. Former European Champions Sarah Barrow and Tonia Couch of Great Britain took home the bronze.

Doha Diamond League 2020: The end of the most unconventional athletic year4 months ago
Restore your password
Please enter your user name or email.
Login Member or Writer Panel
Enjoy your own Customized Newspaperwith VAVEL topics' carousels!