The International Olympic Committee announced this week that they have formed the team of Refugee Olympic Athletes to provide an avenue for displaced athletes to compete in the Rio 2016 Olympics. The executive board of the IOC laid out the following points surrounding Team ROA:

In every sense of the word, Team ROA will be treated like every other team competing in the Olympics, only instead of being backed by a national Olympic committee, they are funded by the IOC.

Bach initially identified 43 potential candidates to compete for Team ROA, but said that he expected the team to consist of five to ten athletes.

The IOC has been tracking the refugee crisis as millions of displaced people flee ISIS controlled territories and cross into Europe. The IOC established an emergency fund that European Olympic committees can use to support refugees entering their country. Countries have already put that money to good use, establishing programs that involve refugees in local sports.

Competing Under The Olympic Banner - A Brief History: 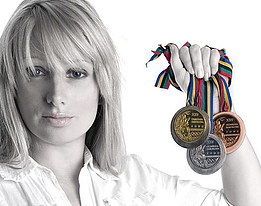 This is not the first time that athletes have competed in the Olympics without representing a country. In fact, it is rather common.

The most famous example was in the 1992 Summer Olympics in Barcelona and 1992 Winter Olympics in Albertville. In the wake of the collapse of Soviet Union, former Soviet countries did not have ample time to form their individual country's Olympic committees. The IOC allowed the former Soviet Union team to continue to compete together as the Unified Team, which won 112 medals in Barcelona and 23 medals in Albertville. In 1996, the former Soviet countries made their Olympic debuts.

In 2012, following the dissolution of the Netherlands Antilles, three athletes were granted the right to compete for the IOC while the individual countries transitioned into independence.

The other example of athletes who are able to compete for the Olympic flag are athletes from suspended countries. The most recent example was the 2014 Winter Olympics, when the IOC suspended the Indian Olympic Association following issues with their election process. Three athletes from India marched in under the Olympic flag. During the Games, India held new elections, and the IOC removed them from their suspension, allowing the athletes to compete under the Indian flag for the remainder of the Games.