It took Ha Na Jang one year to win her first LPGA Title.

It took her four weeks to win her second.

Jang fired a final round 65, the best round of the entire tournament, to win the HSBC Women's Champions, continuing a trend of top play by the former KLPGA Player Of The Year.

Jang entered the final round with a one shot lead over Pornanong Platlum, and that margin remain the same until the 7th hole. Jang would then go five under in the next eight holes to take control of the tournament. She would put an exclimation mark on her second victory with an eagle on the 18th.

Jang entered the 2016 season with the goal of winning twice. Now that she has achieved her goal only two months into the season, Jang admits that she will need to add more more victories to her 2016 goals.

“Target in 2016 is two wins, but right now, I’m there, so going to change my target from two more wins, so very comfortable right now,” said Jang.

Jang now has a commanding lead in the early Race For The CME Globe and Player Of The Year standings. Jang entered the week ranked 10th in the Rolex Rankings, a ranking she will improve upon when the new rankings are announced. The top four players get to represent Korea in the International Crown this summer. Two players - Inbee Park and Sei Young Kim, appear to be locks to make the team. Five others - Jang, In Gee Chun, Amy Yang, Hyo Joo Kim, and So Yeon Ryu - are all ranked between 6th and 11th in the Rolex Rankings. The battle to not only make the team but to also represent Korea in the Olympics is going to be fierce all season. 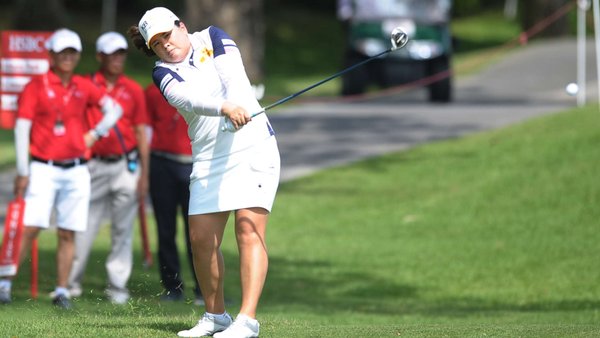 When Inbee Park began her 2016 season with an opening round 80 and subsequent withdraw, the red flags began to wave. Park did not seem as concerned, saying that she usually struggles at the beginning of the season and that her back injury was very minor. She targeted the early Asian Swing for her comeback, and expected to compete for the title, especially in Singapore, where she won last season by not carding a single bogey for 72 holes.

So far, she hasn't been a part of the conversation.

A pair of T30 finishes in Asia have left fans scratching their heads. In both of those tournaments, Inbee has fired a round of 75 or worse at some point in the week.

This may be the year of transition at the top of the Rolex Rankings. Lexi Thompson knocked off Stacy Lewis as the top American, and with so many young Koreans, including Jang, playing incredibly well this season, this may be the season Inbee's reign as the top Korean comes to an end.

Xander Schauffele leads Charles Schwab Challenge by one shot after 54 holes 9 months ago
British Open: Jordan Spieth, Brooks Koepka, and Matt Kuchar tied for the lead after the first round 4 years ago
Smiles and tears expected at Bay Hill 4 years ago