With a packed arena, and thousands of fans screaming their names one last time, the WWE Hall of Fame can be a touching event bringing together the wrestlers of past and future under one roof.

There are many big names entering the 2016 ceremony the night before WrestleMania in what is seen as a rewarding thank you paid back by Vince McMahon and co. for the performer's years of hard work.

Who is entering the Hall of Fame? 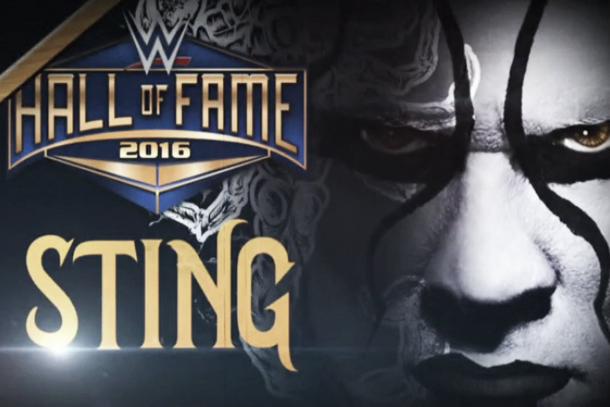 Sting, real name Steve Borden Sr is the headline act for the tribute event as the legend of WCW embarks on what may be his final appearance before the WWE Universe. The icon of Ted Turner's company finally made the voyage accross to Mr McMahon in 2015 despite holding out for more than 15 years.

Given his grand old age of 57-years-old The Stinger was still going strong until an injury suffered at Night of Champions has since forced him to consider retirement, with a career spanning accross four decades inducting the vigilante into this years Hall of Fame will be a fitting tribute to a true legend of the industry.

The Fabulous Freebirds, one of the most popular tag-team of the 1980's, pioneered the 'freebird rule' which states that two or more members of a stable can defend the championship they currently own. Most recently The New Day have used this rule for the tag-team championships while Chyna and Chris Jericho also successfully utilized it in 2000 when they both held the Intercontinental Championship.

The Freebirds consisting of Michael Hayes, Buddy Roberts, Terry Gordy, Jimmy Garvin and Badstreet (Brad Armstrong) had a fued of the year in 1980 with the Von Erichs resulting in years worth of a legendary rivalry between the two. As time has continued, just Garvin and Hayes remain of the legendary stable and is key in creating a dynasty of technical wrestling a well deserved reward for their dedication to the business.

Charles Wright also known as The Godfather, is one of the more controversial inductees of recent years as given the PG era the WWE currently occupy in, celebrating the legacy of a man who proudly paraded to the ring with 'hoes' on his side is something you would think they would want to separate themselves from.

Making his debut with the company in 1991 featuring in many house shows before being repackaged as Papa Shango a voodoo witch doctor in 1992. However another repackaging caught the wild crowd's attention as the Godfather was born in 1998 he eventually won his first singles title with the WWF with the popular gimmick after defeating Goldust for the Intercontinental Championship in 1999.

The Big Boss Man is one name that has sprung to the forefronts of calls to be inducted year after year, real name Ray "Bubba" Washing Traylor Jr, served the company from 1988 to 1993 during the time where every wrestler had to have a storyline gimmick, his was as a prison guard character.

After seeing out his contract with the WWF he moved to All Japan Pro Wrestling before returning in 1998 with same gimmick but an edgier all black look. He served as a bodyguard for Vince McMahon and the corporation and picked up the Tag-Team Championship with Ken Shamrock and the Hardcore Title four times in what was his most successful time with the company. Traylor suffered a heart attack in 2004 and died and the young age of just 41-years-old.

Jacqueline (Moore) the only female to be inducted this year and is one of only three women to hold the Crusierweight Championship. The 52-year-old semi-retired wrestler worked for the WWF from 1998 to 2004 picking the women's championship twice along her way. She clawed back respect for the women's division with her technical performances earning her the induction to the 2016 Hall of Fame.

How many superstars can you say after being with the WWE for just two months were already feuding for the biggest championship in the company? Very few. Stan Hansen is a rare exception and the loud and proud cowboy of the 1970's and early 80's became a popular figure during his time with the company.

Despite never winning any titles with the company, his record away from the WWF speaks for itself and to couple his induction to this years HOF we was inducted into the Texas Wrestling HOF in 2014. The 66-year-old has been a pending inductee for many years now and true wrestling fans will be happy to see he is finally being rewarded for his sacrifice and time with the company. 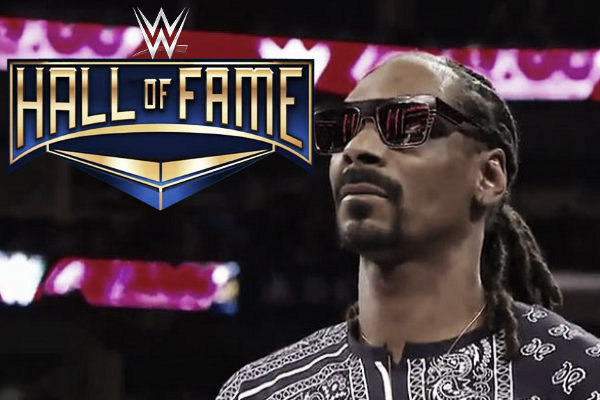 With millions of records sold worldwide Snoop Dogg real name Calvin Cordozar Broadus, Jr now has another achievement to add to his accolades as he enters the celebrity wing of the WWE Hall of Fame.

He has featured numerously for the company including as Master of Ceremonies for a Lumberjill match at WrestleMania XXIV as well a guest host of Monday Night Raw in 2009.

In the past Donald Trump, Mike Tyson and Arnold Schwarzenegger have all been inducted. 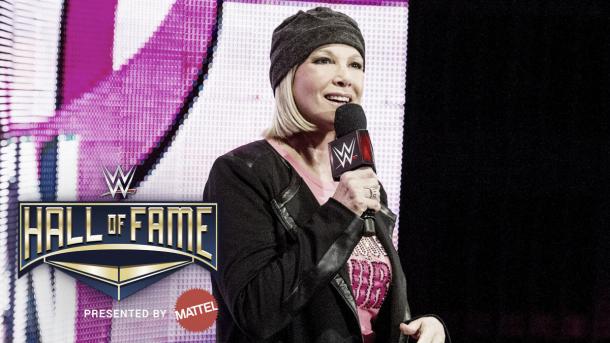 The second recipient of the now annual Warrior Award will be presented to journalist, best selling author and breast Cancer survivor Joan Lunden.

The award is presented to someone who has exhibited unwavering strength and perseverance and will be presented by the Ultimate Warrior's widow Dana Warrior.

Last year's recipient was Connor 'The Crusher' Michalek who had cancer of the spine and brain, the WWE also started the Connor's Cure in his memory in an effort to raise money for families of children also battling cancer.

The WWE Hall of Fame 2016 show will start at 7PM Eastern Time and Midnight for UK viewers, available on the WWE Network.