Back in 2003, at Unforgiven, the formation of Evolution began as The Nature Boy Ric Flair (The Past), aligned himself with World Heavyweight Champion Triple H (The Present).

Just a couple weeks later, Randy Orton and Batista (The Future) formed the remaining two positions and the four performers dominated up until 2005.

Now, Triple H seems to have found two new partners to rule sports entertainment with as he recently partnered with Samoa Joe and Kevin Owens, two men he has praised in the past, at a live event against Chris Jericho, Finn Balor and Sami Zayn.

Speculation has been widespread after the team united and jigsaw identification has been in overdrive as the 47-year-old made no secret of his admiration for his two new prodigies.

The Need for Evolution 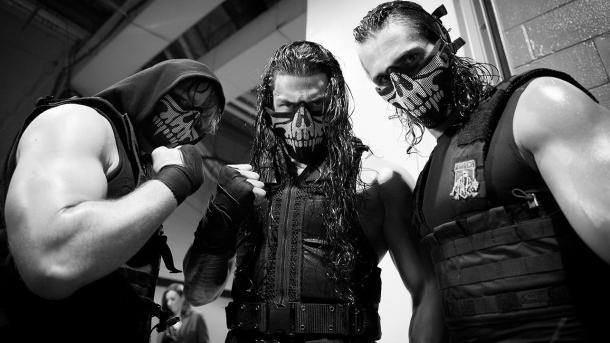 Currently in WWE, the tag-team scene is rather lacklustre and with just one recognised stable (The New Day) across either SmackDown Live or Monday Night Raw, a united group could prove an exciting positive for the WWE Universe.

The Wyatt Family were at one time a force to be reckoned with in WWE and coincidentally one of the most popular groups on the programme, with their interesting programmes, but yet limited success.

In 2012, The Shield debuted as mercenaries for the now retired CM Punk and quickly became one of the most beloved stables in the history of the company.

Racking up a United States Title win through Dean Ambrose, and a Tag-Team Championship via Seth Rollins and Roman Reigns, at one time they all held gold and had stellar programmes with Evolution later in their career before dimantling in 2014.

It is rare to see a stable flop and fail with groups of performers at the top of their game uniting, typically resulting in success as shown in DeGeneration X, The New World Order or The Four Horsemen.

Outside of WWE, The Bullet Club have been a constant talking point within the wrestling world as in both New Japan Pro Wrestling and Ring of Honor, the group has been possibly the most successful collection of performers since their inception.

The unification of an ageing performer, shadowing two up and comers in Owens and Joe possesses all the premise of a knockout victory, all three men are serious characters willing to do whats best for business, like The Authority, but much cooler.

While the future, are producing some of their best work, having the guidance of one of WWE's most successful superstars can help elevate the pair settle into the main event and draw in that early success, The Game may be still be one of the company's most ruthless assets but in time his passing of the torch could be a truly ingenious move.

A time for Evolution 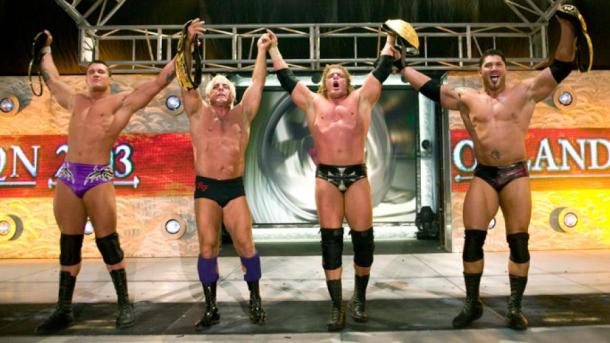 Triple H is no longer a full-time performer, bordering on a part-time basis with just four matches wrestled in 11 months, making him now a perfect fit for Flair's former role.

Joe, who interestingly enough had his NXT debut back in 2015 against a man who he is partially aligned with, has already demonstrated his muscle persona, taking out Seth Rollins and possibly costing him his WrestleMania role, while Owens is the 'chosen one' according to the The King of Kings himself.

While the original Evolution had four members, a trio could work just as well but if a further acquisition is required a perfect fit would be a performer not currently on the main roster.

Cast your minds back to the tournament to crown the first ever United Kingdom champion, a young man named Pete Dunne made a major impression on Triple H, he made a name for himself, and The Bruiserweight's attracted his attention - but how much?

He was the first performer from the British competition to work in NXT, defeating Mark Andrews in early February showing that The Game is clearly a fan of the 23-year-old.

Attitude, aggression and united should be the three components for Evolution and in this fantasy booking all three (or four) bring that in abundance, while WrestleMania may pit all men in different directions, a merging together of one goal following The Showcase of the Immortals could be the introduction of the year.