The Undertaker went out in typical 'old-school' style, flat out on his back with a young talent standing above him - the torch has been well and truly passed.

While the 52-year-old looks well and truly done in WWE, but what he gave to professional wrestling will likely never be repeated, having inspired a generation to follow in his footsteps.

Every fan will have their own specific memory of 'Taker but we here at Vavel have compiled a list of what we think are the top five moments of the legendary performers incredible career. 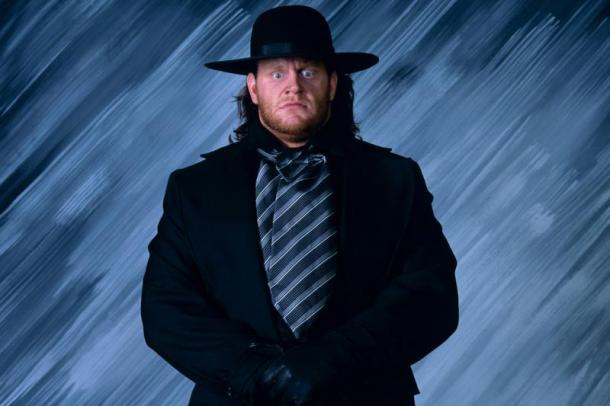 While we're at the beginning, lets start with just that. The Deadman announced himself in WWE in incredible style as during Survivor Series 1990 he was Ted Diabiase's mystery final partner in a four-on-four elimination tag-team match.

The ominous figure was the single most destructive force during that match handing the edge to his team who defeated star studded opponents including; Dusty Rhodes, Bret Hart and Jim Neidhart.

'Taker eliminated Koko B. Ware in the opening couple of minutes before eventually being eliminated himself via count-out as he attacked Rhodes outside of the ring.

Survivor Series was the building block for the legendary performer to grow and become one of the most dominating figures in the world of pro wrestling. 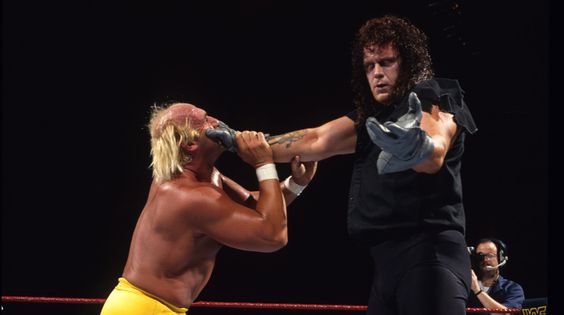 Not along after his arrival, 'Taker did something that few men have been able to accomplish, given Hulk Hogan's 60+% win rate in the ring.

'Taker won seven world titles over his career in WWE with his last coming in 2009.

He defeated Hulkamania just one year later at Survivor Series 1991, before this he had defeated Jimmy "Superfly" Snuka at WrestleMania VII and went toe-to-toe with The Ultimate Warrior.

Upon defeating Hogan he made history as he became the youngest WWF champion of all time, however, despite his success, he lost the championship back to the Hulkster just six days later in front of 8,000 people at an event entitled This Tuesday in Texas.

The making of Mankind 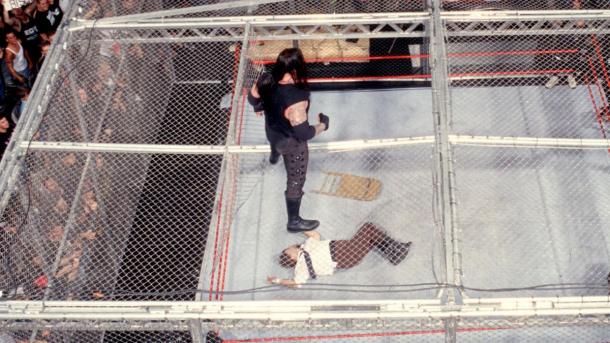 After being in WWE for nearly 10 years, the aura of 'Taker grew and grew, so much so that he was able to create superstars out of his opponents and his shine rubbed off onto Mankind aka Mick Foley.

The Deadman hurled the former WCW man off of the top of the Hell in a Cell cage crashing through a broadcast table below before choke-slamming Foley through the top of the cage later in the match.

While the two stunts were largely down to the former ECW man, having 'Taker as the one to stand tall afterwards cemented himself as the most powerful force in professional wrestling. 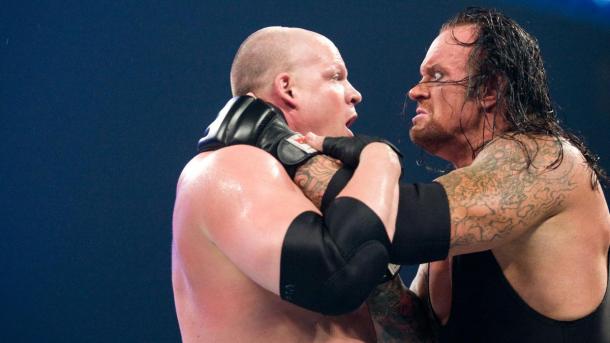 Normal brothers argue, but 'Taker and (kayfabe) brother Kane took their rivalry to a whole other level through the use of fire, and their first meeting at WrestleMania XIV was only a stepping tone to their dark narrative.

The pair squared off in the first ever 'inferno' match as flames surrounded the lower portion of the ring in 1998 and battled once more at SummerSlam 2000.

Kane and The Undertaker battled 171 times throughout the years with The Deadman winning 96 of their meetings (56.1%).

Over time the pair have teamed up under the title of Brothers of Destruction and battled (almost) to the death in other cases during a 'Buried Alive' match at Bragging Rights 2010 and a 'Hell in a Cell' bout in the same year.

The pair's brawls have become some of the standout storylines down the years but when the duo team up, they bring with them nothing but sheer dominance.

2001 marked the first year that 'Taker and Kane would wear joint gold around their waists as they defeated Edge & Christian on an episode of SmackDown during a 'No Disqualification' match.

The pair shrugged off both 'Stone Cold' Steve Austin and Triple H (Two Man Power Trip) during the match but soon lost the titles to the pair at Backlash following controversial circumstances.

They would go on to win tag-team gold two more times with the next being just a few months later on August 9 again on an episode of SmackDown as they defeated The Natural Born Thrillers (Chuck Palumbo & Sean O'Haire).

At SummerSlam 2001, August 2001, they won dual tag-team gold as they overcome 'Diamond' Dallas Page & Chris Kanyon in a steel cage match to claim the WWE tag-team championships for a second and final time.

The final send off 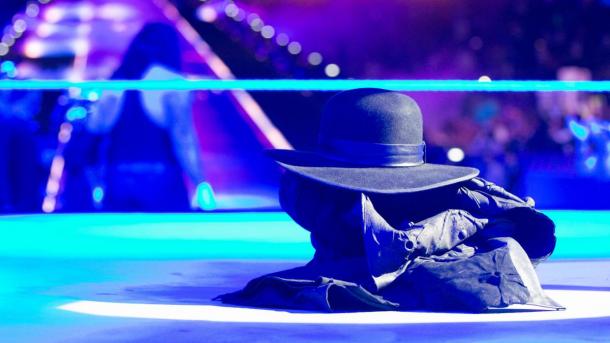 WrestleMania XXIII capped a legacy of The Undertaker and left his incredible record at 23-2 with just Brock Lesnar and Roman Reigns the two who escaped The Grandest Stage of Them All with victories.

Having overcome the likes of Edge, Triple H, Shawn Michaels, CM Punk, Randy Orton and Batista at the Showcase of The Immortals he gave his all on the big stage, and becoming synonymous with 'Mania itself

While some fans may argue that he 'should' have faced others, Reigns has been the next top guy in line for some time but this article is not arguing for, or against, its remembering the final moments of The Undertaker in professional wrestling.

As he undressed and left his hat, cloak and gloves in the centre of the ring before taking in the atmosphere at the Camping World stadium he gave his wife Michelle McCool a kiss, breaking character in a touching and emotional farewell to his past figure.

Just like legends have done in the past, he went out as cool as he came in, and while grown men cried as their hero made his exit from professional wrestling, what he left in the ring was real, and will never be forgotten.