The recent superstar shake-up affected all brands within the WWE, NXT included, as the developmental brand lost The Revival, Shinsuke Nakamura, Elias Samson and Tye Dillinger with all making the transition to the main roster.

However, many believe that NXT suffer whenever it gets raided for talent but, this is not necessarily a bad thing as you can’t be in Full Sail forever.

In all sports when talent moves up, the developmental ranks need to rebuild. For NXT that job falls into the capable hands of Paul Levesque (Triple H), William Regal and the guys down at the WWE Performance Centre.

Speaking after NXT Takeover: Toronto Levesque said that “Even when you don’t necessarily look at all the matches when you look at the list of people in Takeover, you can see people beginning to build up”.

The faith that the 47-year-old founder has shown in his pupils has enabled many stars to grow into successful main roster performers, with Nakamura, Sami Zayn, Kevin Owens, Neville, Seth Rollins and much more making the grade.

Since early 2016 the NXT Women’s division has been gutted losing the likes of Bayley and Alexa Bliss to the main roster, but as the saying goes, “Rome wasn’t built in a day,” and many people are now beginning to feel that the NXT woman’s division is on the path to even surpass where it was before.

This is primarily down to all the new and exciting talent that is now appearing on NXT TV with the likes of Asuka, Ember Moon, Ruby Riot and Nikki Cross all continuing the tradition of the Woman’s Evolution going in NXT.

Another division that has suffered in NXT is the NXT Tag Team division losing “The Top Guys” Dash Wilder and Scott Dawson, but in recent months this has become a red-hot division with the champs, The Authors of Pain proving their dominance but with teams like DIY and Heavy Machinery among the challengers NXT’s tag team division looks like it could become red-hot once again.

One of the most beneficial things for the tag team division in NXT is the Dusty Rhodes tag team tournament which has seen tag-teams formed, developed and created rivalries in the past and hopefully that trait will continue.

Who will step up to lead NXT

With the likes of Samoa Joe, Tye Dillinger & Shinsuke Nakamura all hitting the main roster over the past year it has left a huge hole in the heart of NXT and this meant that NXT needed new faces.

The conversation about guys stepping up must include talk about Bobby Roode who has made a huge impact in little over a year to the point that he is now the NXT Champion.

A developmental roster is a place all wrestlers want to be and it continues to attract all kinds of talent. Now with guys like Hideo Itami, Drew McIntyre and Kassius Ohno and more all gunning for Bobby Roode; the NXT Title picture has never been more interesting 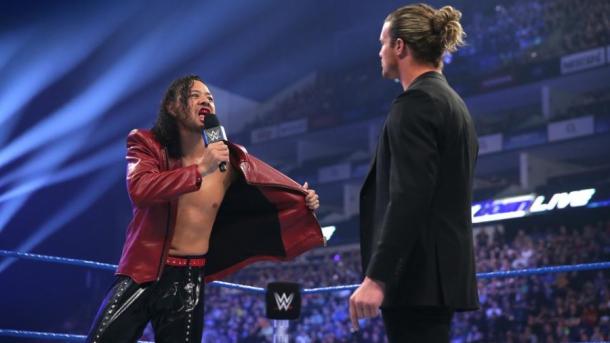 Who is the next breakout NXT Talent?

A lot of the talent currently in NXT are really talented guys, including independent star, Aleister Black, happy-go-lucky No Way Jose, and the mysterious Eric Young alongside “The Messiah of the Backbreaker,” Roderick Strong showcasing a statement of intent that NXT is the place to be.

Of course when you have a killer fan-base that helps build the new talent as well and Levesque always gives the NXT crowd credit for helping produce the next big superstar for WWE.