CAN3
END8 hours ago

Thank you for following the broadcast of the fight between Barby Juarez and Cobrita Luna. For more details go to VAVEL.COM
1:54 AM9 months ago

"I am super excited. very happy. This was my dream, to be world champion and I am very grateful," said the Cobrita
1:52 AM9 months ago

Barby Juarez is upset about what happened in the fight and claimed that Cobrita did something wrong. In suspense what will happen with the result of the fight
1:47 AM9 months ago

They are checking Cobrita Luna's gloves for any anomaly
1:44 AM9 months ago

They hit in the first moments of the last round, but in the end Barby could not look for the knockout. We will go to the cards
1:41 AM9 months ago

Double left-handed of the Cobrita, coupled with a one two that generates damage to a Barby that has not stopped bleeding since the first round
1:38 AM9 months ago

Cobrita Luna driving the distance and when you want it connects with the right in a solid way. She tries to react the Barby, but at 40 years old she is having a hard time
1:34 AM9 months ago

The Barby who tries to cut her legs stays, but she can't find a way to do it in front of an effective Cobrita Luna
1:31 AM9 months ago

Barby fell to the canvas, but it was due to a slip. Juarez tries to squeeze the difference, but has not been able to handle the good distance from Luna, who is now on the counterpunch
1:28 AM9 months ago

It is not easy for Barby, who has suffered the ravages of the Cobrita that connected a solid right in the face of the rival
1:25 AM9 months ago

Left hand flight entering from the Cobrita. The legs of the Barby have not responded and Luna, so far, winning the fight on the cards
1:22 AM9 months ago

Distance and height remain key factors that Barby has not been able to deal with. The most conservative Cobrita, but more accurate when launching the flights
1:19 AM9 months ago

Left hook that entered from the Barby and later the Cobrita slipped in the corner, who continues to show more speed and greater precision in the blows
1:16 AM9 months ago

With more initiative the Cobrita and already generated damage to the face of Juarez, who already began to bleed
1:14 AM9 months ago

The fight between Juarez and Luna begins
1:11 AM9 months ago

Now Mariana Juarez does it with the song Mexico Lindo y Querido
1:10 AM9 months ago

Cobrita Luna has entered the ring to start this battle
1:08 AM9 months ago

It has already started

A few minutes ago the fight between Yesenia Gómez vs Mirna Sánchez began
1:03 AM9 months ago

In the Oasis Arena this fight between the Barby Juarez and the Cobrita Luna will take place
1:00 AM9 months ago

Don't leave here because the fight between Barby Juarez and Cobrita Luna is coming
12:50 AM9 months ago

With all the necessary health measures, about 400 people will be watching this boxing match
12:45 AM9 months ago

The last fight of the Cobrita Luna was in September of last year with victory against Kathia Rodriguez
12:26 AM9 months ago

The Cobrita Luna debuted on October 28, 2012, at the Hermanos Rojas Gymnasium in Gómez Palacio, Durango and beat Sandra Pulido in four episodes
12:15 AM9 months ago 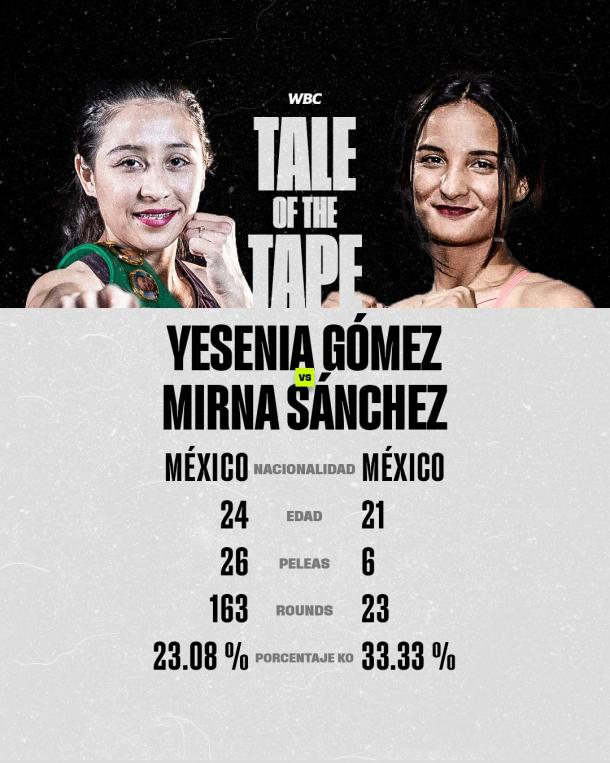 Luna commented a week ago that it was a dream to fight against Juarez, although like every professional she will seek victory in the ring
11:57 PM9 months ago

Since October 13, the Barby Juarez does not fight when it defeated the Argentinean Carolina Duer 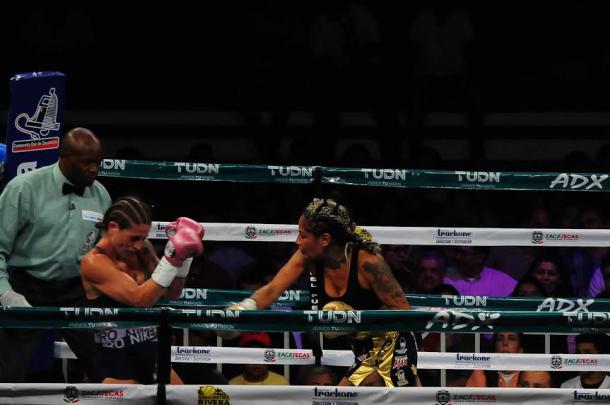 Everything you need to know about these great fighters, highlights the age difference that can be a point to follow 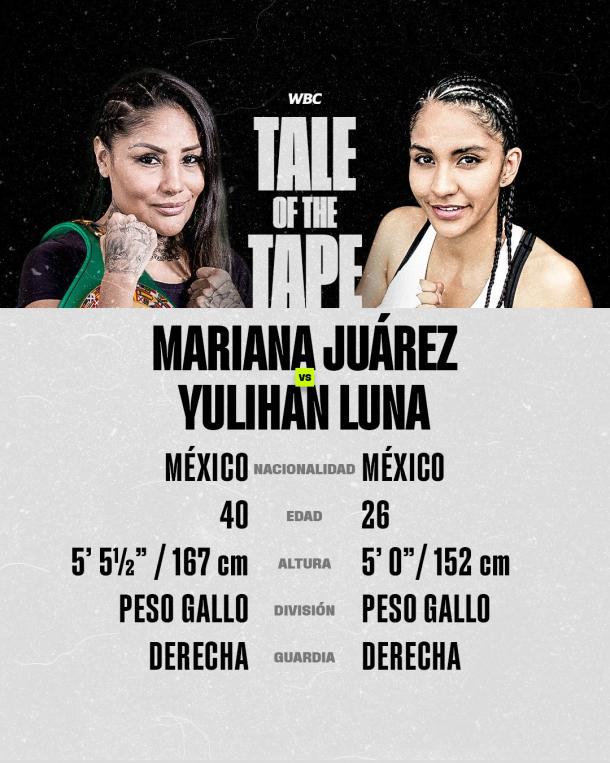 After a year of inactivity, mainly because of the coronavirus issue, Mariana Barby Juarez returns to the quadrilateral to measure herself against the Cobrita Luna
4:28 PM9 months ago

Do not miss a detail of the match with the live updates and commentaries of VAVEL. Follow along with us all the details, commentaries and analysis for this Mariana “Barby” Juárez vs Yulihan “Cobrita” Luna fight.
4:23 PM9 months ago

The "Barby" has had 67 fights as a professional with a balance of 54 victories (18 by way of chloroform), nine losses and four draws.

At 26 years old, the "Cobrita" has had 23 fights with a record of 19 victories (only three by knockout), three disagreements and a draw.
4:13 PM9 months ago

It will be broadcast on television is: TUDN

For the first time since the coronavirus pandemic in Mexico, there will be a small number of people in the compound to watch the pugilistic billboard.
4:03 PM9 months ago

Juarez's mission will be to get the victory so that now the fight against Jackie Nava can take place, which, according to some sources, could happen in the first semester of 2021.
3:58 PM9 months ago

Before the fight, "Barby" said she felt in optimal conditions to validate once again her championship. "There are ten defenders, a difficult record to reach in bantamweight; I like to give shine to my championships and that is why I did not hesitate to defend my title against a champion like Yulihan, these are the fights that people want to see now that boxing is back on TV," she said.
3:53 PM9 months ago

The second most attractive fight on the billboard will be when Yesenia "Niña" Gómez puts the WBC's Minimusca title into play, against Mirna Sánchez.

This Saturday will be the World Boxing Council's (WBC) bantamweight championship, where once again "Barby" will present her title at her 40th birthday.
3:43 PM9 months ago

The Juárez vs Luna fight will take place at the Cancún, Quintana Roo. The start is scheduled at 1 am ET.
3:38 PM9 months ago